10 ways Halloween has changed since you were a kid 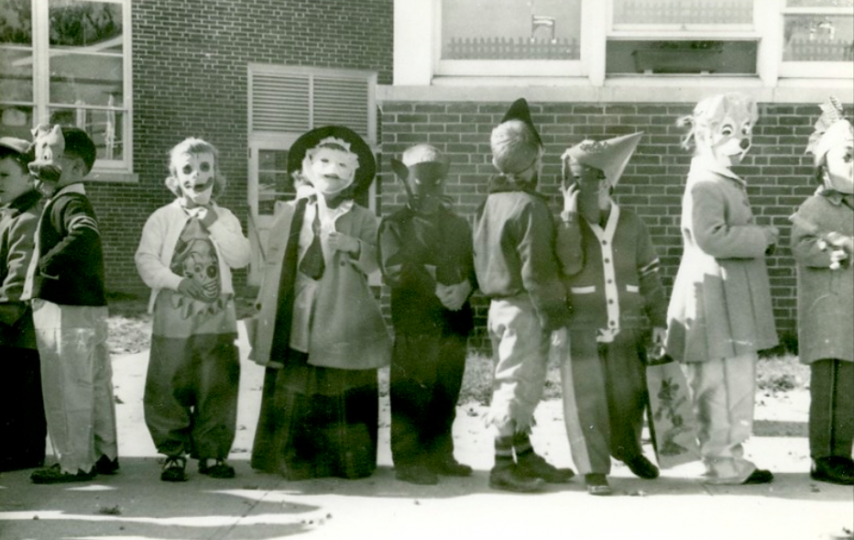 We all have fond memories of Halloween as a child. That was the one magical night when you could be anything you wanted to be, and receive candy just for the asking.

While those two basics, costumes and candy, remain the core of Halloween celebrations, there have been changes over the past 40 or 50 years. Some are for the better, some for the worse, but children still have fun when trick-or-treat time rolls around.

1. Halloween is now a big business 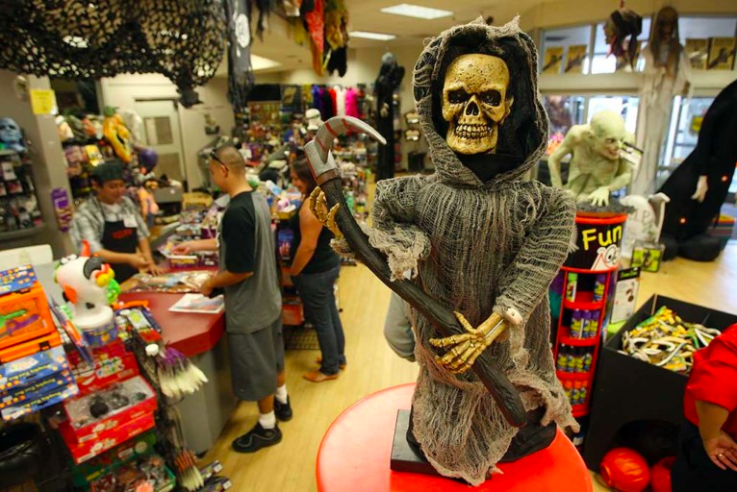 While costumes are still the top expenditure, Halloween decorations are becoming bigger and more elaborate every year, even rivaling Christmas for home decoration. 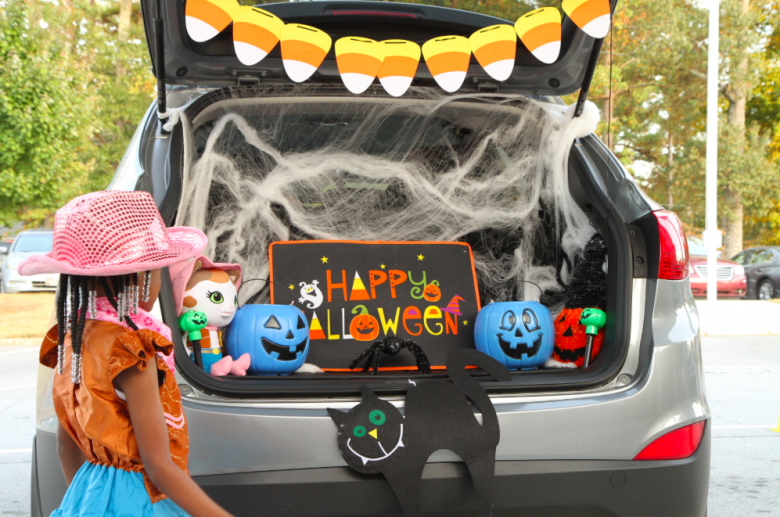 As communities grew and changed, we found that not all neighborhoods lend themselves to trick-or-treating. Suburbs often lack sidewalks, and many new neighborhoods have a minimum acreage requirement to accommodate McMansions. That results in long scary hikes from house-to-house with no guarantee of reward.

Even in rural areas, where children expect the trek to be long, families are less likely to know their neighbors than ever before. So parents pack up their costumed children and head to older, more settled neighborhoods where residents may run out of candy under the onslaught, while more isolated homes are ignored.

However, public Halloween parties at parks, schools, community centers and churches are commonly held to fill in the gaps. A fairly recent innovation at these parties is called “trunk or treat,” where adults who want to hand out candy (but live in isolated areas) dispense treats from their cars in parking lots, often decorating their open car trunk for the occasion. 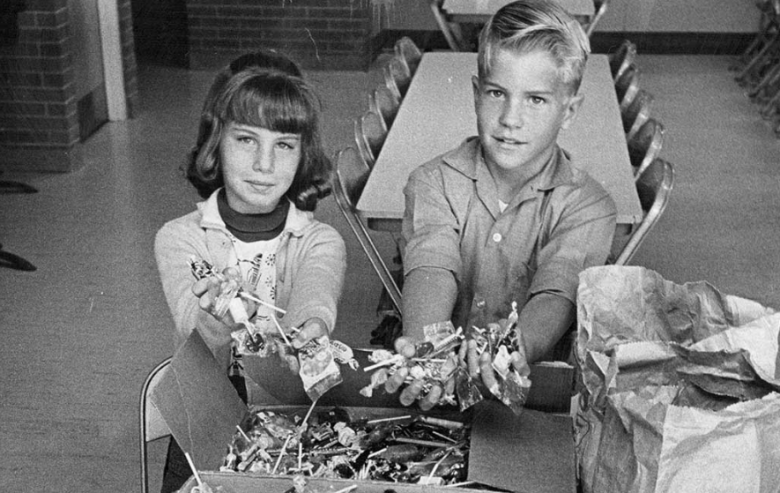 In the 1960s and earlier, unsupervised trick-or-treaters welcomed whatever treat was given, and we ate half of it before we returned home. Every neighborhood had that one house where a grandmotherly type invited us in to pick our own treats from a table full of lovingly crafted homemade candies, cakes, and cookies.

But in the 1970s and ’80s, stories of deliberately poisoned candy caused parents to panic. Almost all urban legends, these tales grew from one horrific case of a father who poisoned his own children’s Halloween candy in 1974 in order to collect life insurance money.

The fear was exacerbated when the Chicago Tylenol murders occurred in 1982, which had nothing to do with Halloween. Still, Halloween candy culture changed forever.

Today, children are only supposed to accept individually wrapped mass-produced candy, and aren’t allowed to eat until their parents examine their haul. This procedure yields a bonus for parents who confiscate any Reese’s Peanut Butter Cups out of an abundance of caution. 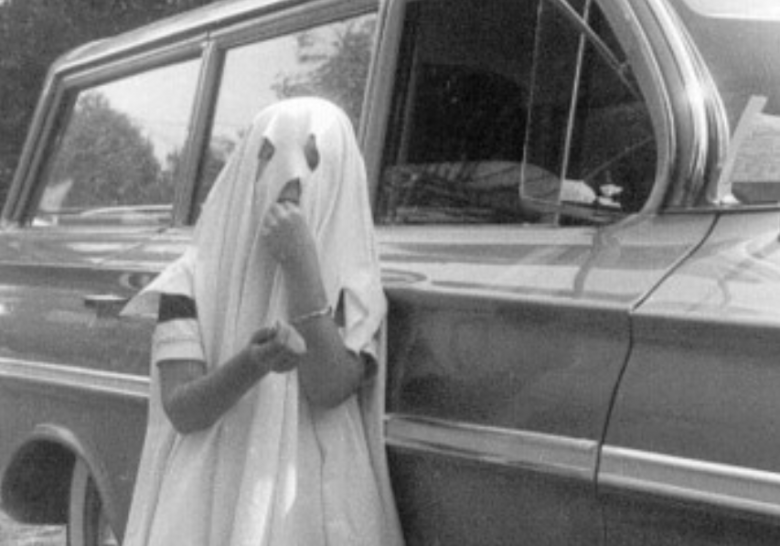 The real danger for trick-or-treaters is from traffic. A study last year analyzed data from 1975 to 2017, and found that 43% more pedestrians were killed on October 31st compared to deaths the week before Halloween and the week after. Some were due to drinking and driving, but the steep difference in the rate of children killed is due to the large number of excited kids running around in costumes in the dark.

To combat the danger, many cities stipulate trick-or-treat hours and put extra police patrols on duty. Parents are discouraged from dressing their children in masks or any costume that would obstruct their vision or interfere with walking. Glow-in-the-dark accessories make children more visible to drivers. And… 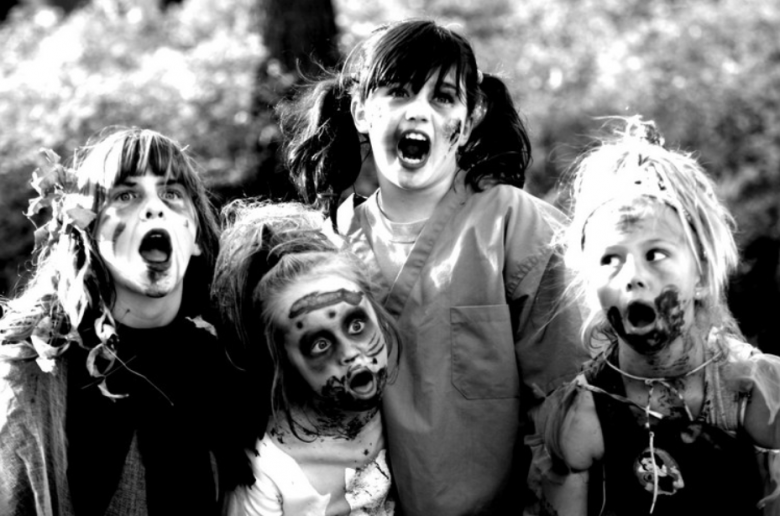 Fifty years ago, families would send small children out trick-or-treating with their bigger siblings or the neighbor’s kids. Now families are smaller and children don’t wander through their neighborhoods enough to know them well. Combined with the danger of traffic, it’s best that parents accompany trick-or-treaters.

The upside of this custom is that families spend time doing something fun and traditional together. It’s an opportunity to meet neighbors and model good manners, and the parents sometimes get into the spirit and dress up, too. The only downside is fewer adults giving out treats from their own homes.

6. Halloween’s supernatural origins not as relevant 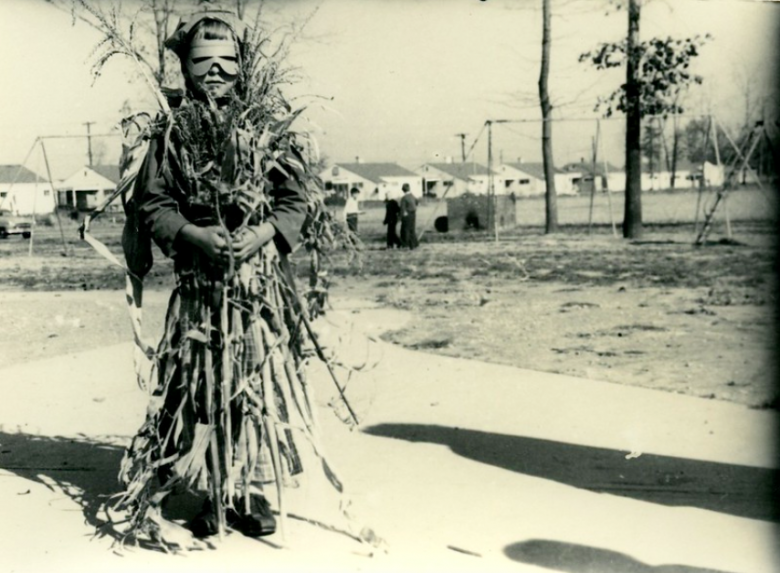 Many families object to the pagan origins of Halloween — often for religious reasons, and sometimes to protect children from unnecessary fear.

Therefore, some schools that allow costumes on Halloween warn parents not to dress children as vampires, ghosts, witches, or other scary characters. Churches offer Halloween night parties as alternatives to trick-or-treating, called Noah’s Ark parties (where children are encouraged to dress as animals) or fall festivals. 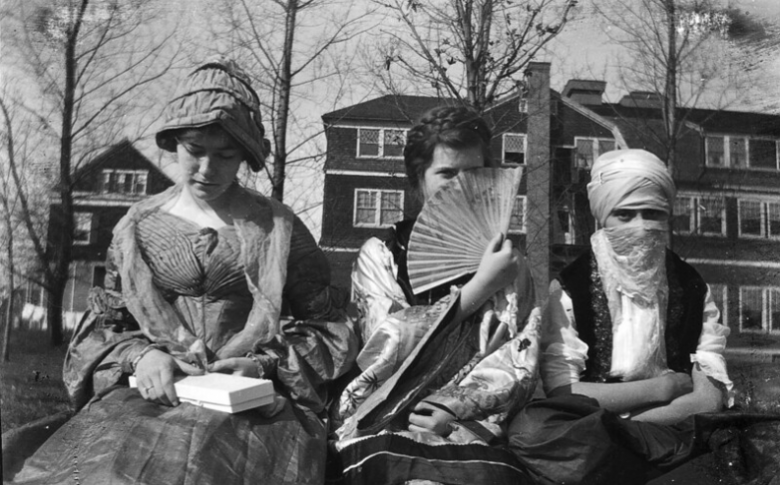 You don’t see a lot of children dressing in professional uniforms these days, since those uniforms aren’t as regimented or recognized as they once were. Halloween costumes portraying ethnic stereotypes are fortunately fading away. Costumes of horror legends are still popular, but some schools ban scary costumes.

However, superheroes and princesses are as popular as ever. As they say, dress for the job you want, not the job you have.

8. Pet costumes are more popular than ever 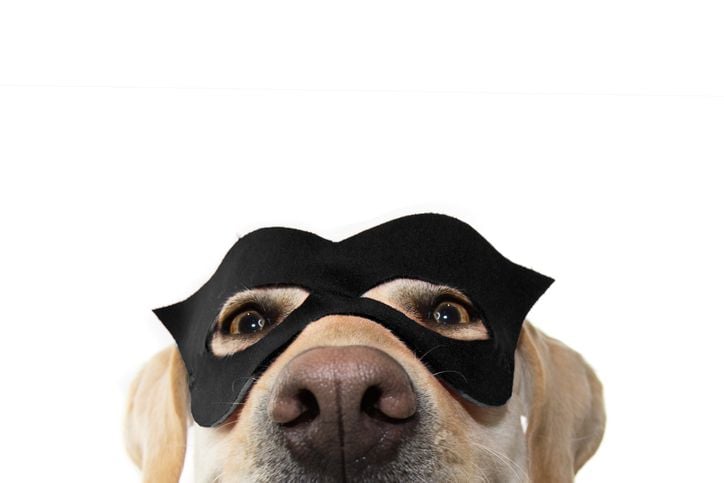 There have always been some people who put Halloween costumes on their pets, but the trend has exploded over the past few decades. Now Americans are spending hundreds of millions of dollars every year on pet costumes.

One reason is that with a falling fertility rate, more people use their pets to indulge in the fun parts of parenting. Another reason is the rise of social media, particularly photo-sharing sites that entice people far and wide to get creative with their dogs, cats, birds, horses, and reptiles.

9. Bobbing for apples is rare 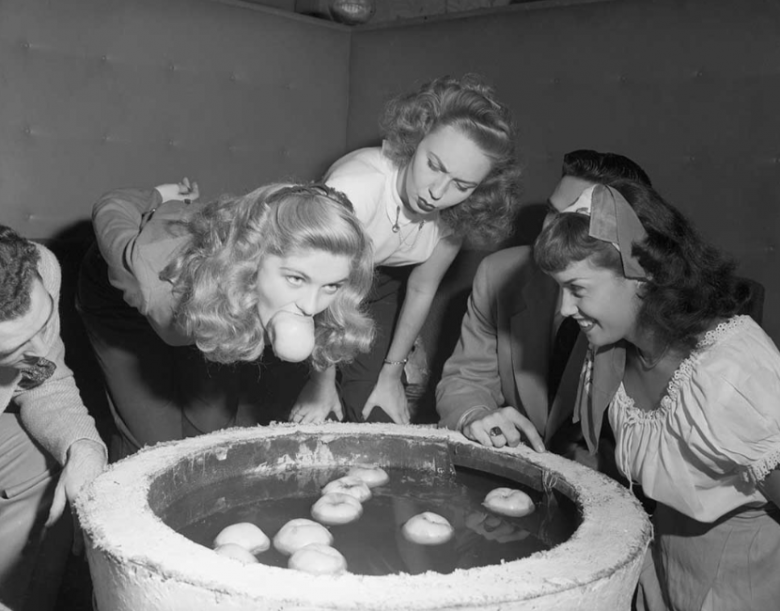 The game Bobbing for Apples was once a staple for Halloween parties or any harvest festival. Savvy players knew that the only way to successfully bite a floating apple is to submerge your entire head and push the apple against the bottom of the washtub.

Meanwhile, multiple players would leave behind saliva, hair gel, and face paint in the water, besides whatever germs were already on the apples or washtub. This, plus the traumatic experience of near-drowning in young children, caused the Halloween game to die out almost everywhere. While you might have fond memories of bobbing for apples, no one really misses it. 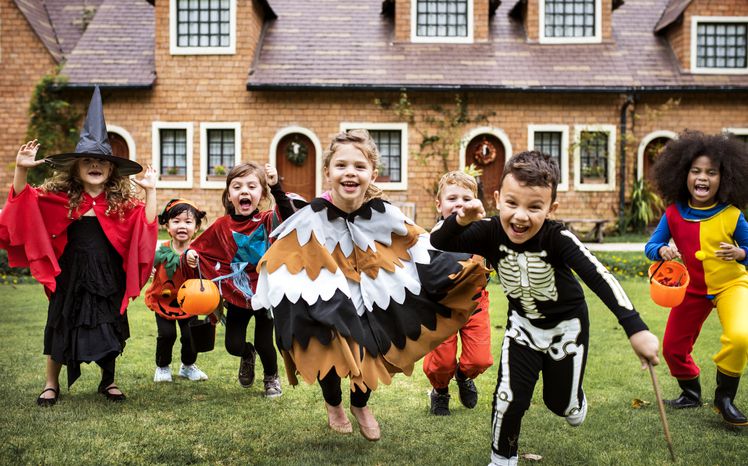 The phrase “trick or treat” used to be an implied threat: give me candy, or I’ll play a trick on you. As young children, we didn’t mean it literally. But eventually we learned that adolescents who outgrew the ritual candy extortion used Halloween to prank adults.

Tipping over outhouses ended when we moved our toilets inside. In the mid-20th century, the classic prank was to string toilet paper over someone’s lawn and trees, which turned into a real mess with the morning dew. More serious pranks included pelting cars with eggs, slashing tires, and breaking windows.

As homeowners grew less patient, the risks for pranksters grew to include arrest or even being shot. Communities responded with curfews, age limits for trick-or-treating, and intensified police patrols.

These tricks still happen, but are not as prevalent in the 21st century. The average child collecting candy on Halloween night doesn’t even understand the meaning of the phrase “trick or treat” anymore, and maybe that’s a good thing.

But some things never change

One thing that hasn’t changed in the past 40 or 50 years is how young adults, particularly college students, use the holiday as an excuse to get together in groups, dress in ways they never would otherwise, drink alcohol, and lose their inhibitions about interacting with potential romantic or sexual partners. Scary stories, horror films, and haunted house tours only add to the necessity of holding onto each other.

That’s a holiday tradition that might stick around forever. 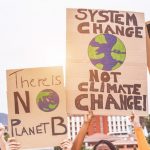 Previous Story:
Most Americans worry about climate change but are unprepared for it 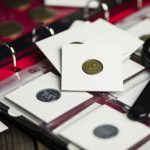 Next Story:
Is it worth saving collectibles to build net worth?

About the Author / Miss Cellania