Almost a third of Americans surveyed are willing to live with a friendly ghost, according to Realtor.com’s latest annual Halloween housing survey. In fact, 63% of those looking to buy a home within the next year said they would be willing to live in a haunted house if it came at a discount, with most looking for at least 20% off market price.

Are ghouls in the home too much for you? How about as neighbors? About 30% of those surveyed said they’d be open to living next to a cemetery, and another quarter of surveyors would be willing to live next to a haunted house.

Even more, Americans are willing to live in a home where a murder took place, with 75% saying they’d consider the home for a discount (although a quarter of those who said yes would want more than 50% off).

Homebuyers who ain’t afraid of no ghost (or former crime scenes) are in luck: There are plenty of spooky homes across America to choose from … and many come with a steep discount! Here are some of the most haunted homes across America. The best part? Many of them can be yours! 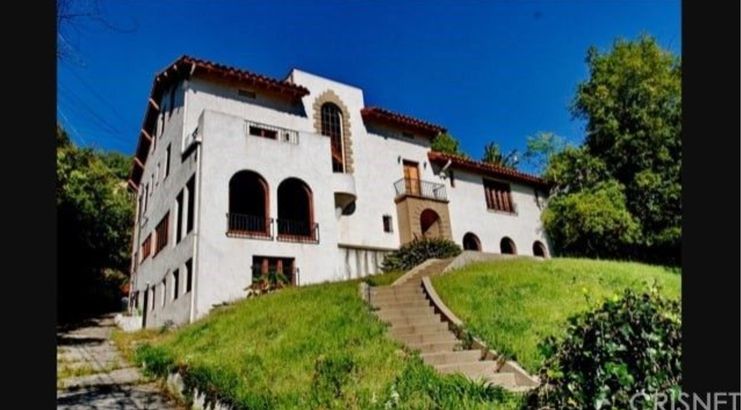 In 1959, cardiologist Harold Perelson bludgeoned wife Lillian to death with a hammer. He also tried killing his 18-year-old-daughter, who escaped. Perelson didn’t go after his two youngest children, although he ended his life by taking a lethal combination of drugs. Many claim the house is haunted. 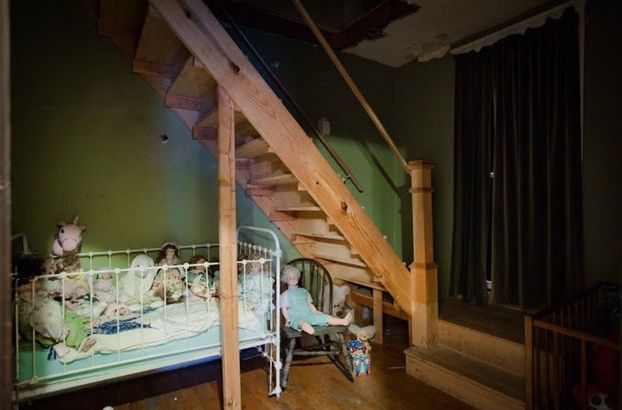 This 1890s Victorian Mansion was the home (and workplace) of Dr. John Gibbons. Known as the Whispers Estate, the home’s basement served as the doctor’s office, where many of his patients, including some kids, died. Later, the doctor caught pneumonia and died in the master bedroom. Former owners say the home is haunted, although as long as you’re kind to the ghosts, most of the paranormal activity you’ll find is pretty tame, like jiggling doorknobs. 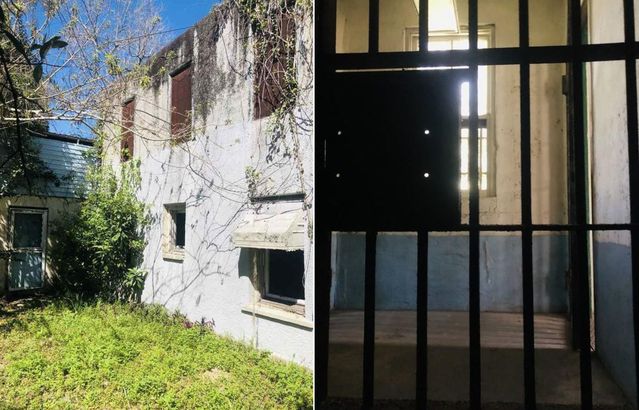 The Gilchrist County Jail has been called the most haunted building in Florida. In fact, when real estate agent Matt Perry tried to take the listing live in April 2021, he told Realtor.com that the entire Multiple Listing Service system crashed for several hours.

“My little joke is that the only thing that the spirits have done so far is that they broke the MLS when I tried to bring it live,” Perry told Realtor.com.

The jail was operational from 1928 to 1968. Those who come on tours of the jail have said that the ghosts of the former inmates still haunt it. 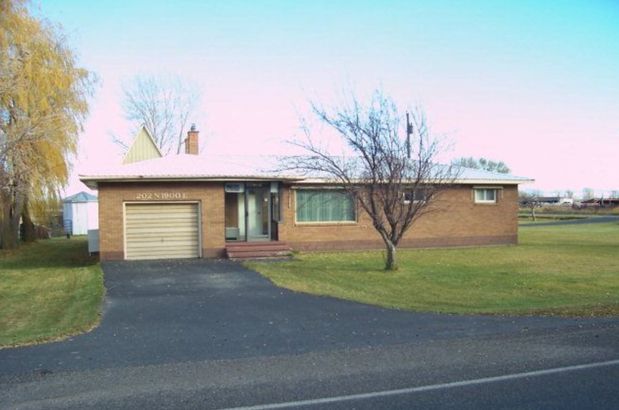 Mormon doomsday author Chad Daybell‘s stepchildren were found buried in this home’s backyard in May 2021 after being reported missing by their grandparents. Daybell married Lori Vallow-Daybell just two weeks after his wife died under suspicious circumstances. Both were eventually charged with conspiracy to commit murder and first-degree murder, and they are both in custody. 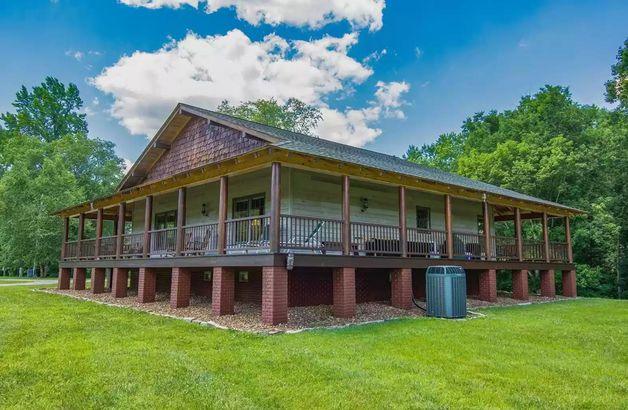 According to the listing, potential homeowners can see The Creelsboro Natural Arch, also known as “The Rockhouse” or “Rockhouse Bottom,” from the property. This is a 300-million-year-old limestone arch that is the largest natural bridge east of the Rockies. Native Americans used the arch as shelter, and there is a Native American burial ground on top of the arch. 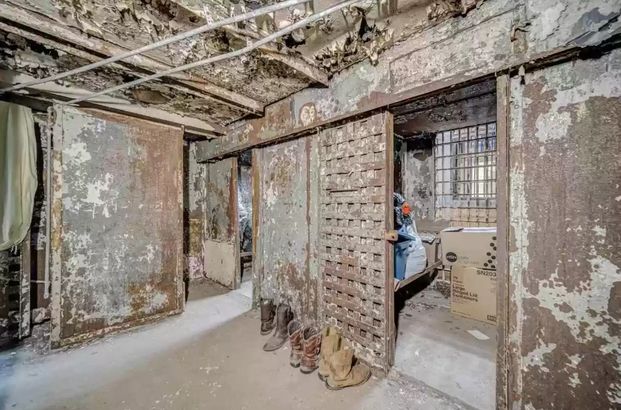 The Historic Meriwether County Jail (1896) has been renovated and is ready for a new homebuyer, according to its listing. It has high ceilings, millwork, a soaking tub, detached double garage with water, heat and power, among other amenities. You’ll also inherit the 8,500 square-foot tower and jailr area, which many people still tour to this day. The historical building was also referenced in the movie Murder in Coweta County. 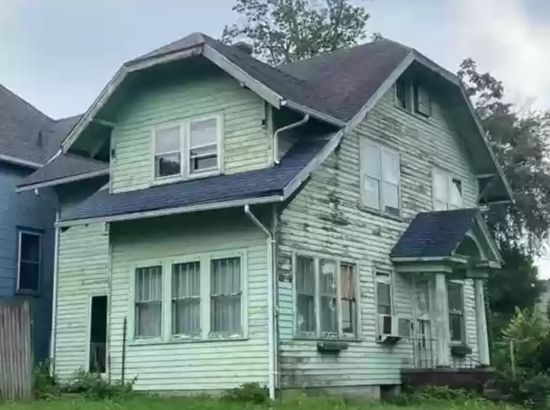 This “beautiful gem” is perfect for outdoor fans, who will “love the missing windows, allowing a cool breeze to flow through the home, saving on energy bills,” according to the listing. It’s the perfect home for supernatural and Halloween fans, who will instantly fall in love with “the haunted exterior look with broken siding, weeds growing into the home, and save time scraping off the lead-based paint, being half of it is missing!”

Not sold yet? The house is perfect for those who hate cooking, since “the owner took the appliances and floor, but left behind pots and pans in case you have a change of heart.” If you’re not sold yet, the agent goes on, ” If you think someone else’s trash is another person’s treasure, then bring your dumpster, they left all of their trash behind for you!” 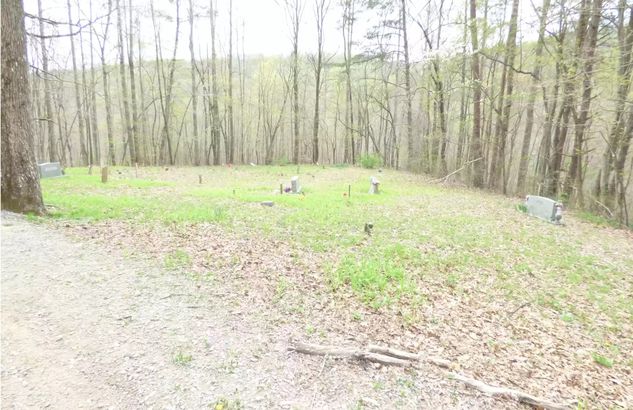 OK, so this lot may not actually come with a home, but it does come with a cemetery! This is the perfect place for someone looking to live off the grid, according to the property description. It has many great locations for potential buildings and tons of room for ATV rides and hunting (with proper leasing). The graveyard next to the road is not included in the 148.2 acreage estimate. 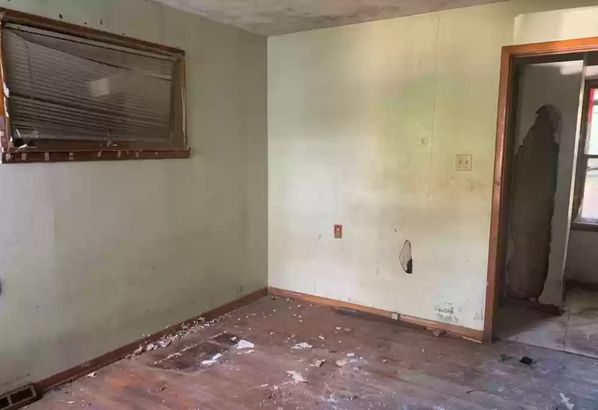 As this home’s introduction suggests, it’s not a looker. Like the other low-cost home on our list, this home will require a lot of TLC. But as the agent points out, “If you’re interested in living that ‘spooky life’ this month, she’d be your perfect companion.” And past spooky season? It’s got a great backyard … and “good bones,” if your plan isn’t to live in a tent. 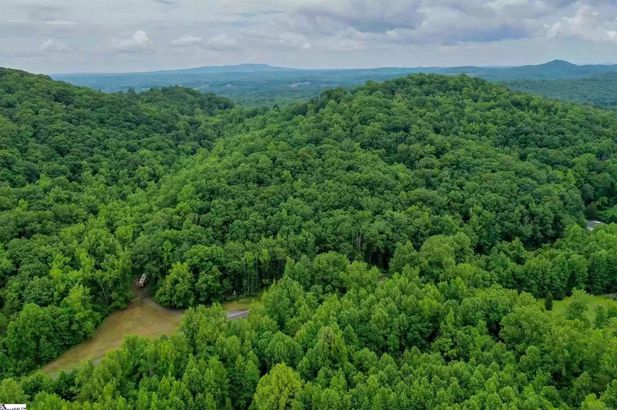 This property is located in Dark Corner,  “a close-knit community with deep roots and a history marked by murder, moonshine,” according to the property listing.

Legend has it that Dark Corner was where Confederate deserters took refuge. After the Civil War, it became a hotspot for moonshine and was prone to violence as poor residents, rag-tag travelers and law enforcement clashed. However, in more recent years, properties such as this one have attracted more affluent residents looking for relatively affordable lots of lands for retreats or full-time residence. 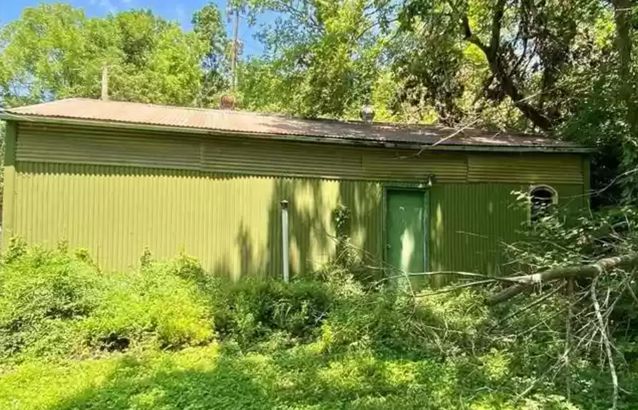 Ready for the impending apocalypse? We’ve got the perfect bunker for you! This fixer-upper doesn’t even look like a home at first glance; rather, it looks like a slimy, abandoned building! This bunker is made out of concrete walls and is complete with its own atrium that’s perfect (after some repairs) to replenish your prepper stash. 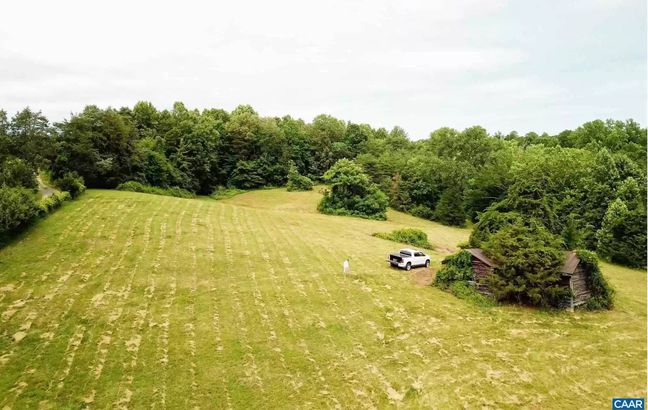 Looking for a spooky place for your cows to graze? How about some unmarked graveyards that are close to Fredericksburg and other Civil War haunts? If old graves aren’t your thing, it’s close to Lake Anna and a slew of restaurants, shops, breweries and wineries. 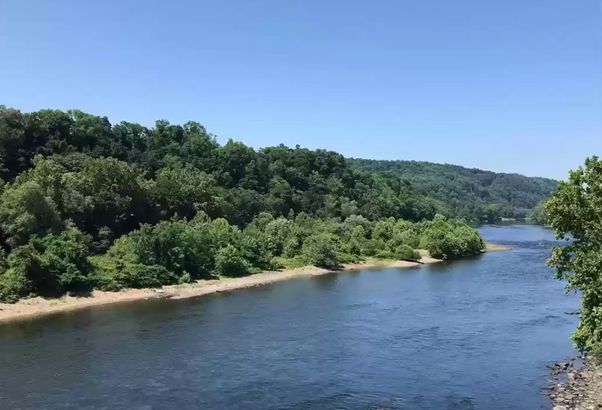 This haunted island could be yours! Getter’s Island is named after Charles Getter, who was hanged in the 1830s on the island, according to the property listing. For outdoor enthusiasts who don’t mind a ghost or two tagging along on their camping trip, this island could be perfect!