15 herbs to use when you’re out of oregano

A staple in Italian and Greek cuisine, oregano is what your food needs for extra flavor. What would your pizza be without it? What about your pasta sauce? How about your salad dressing?

Everything tastes better with this Mediterranean herb. And in case you run out of it, you need to be prepared. Today we’re talking about oregano substitutes and the chemistry behind them.

Oregano is an aromatic herb that goes great in any savory dish. It’s a symbol of the Greek salad, with Feta cheese, olives, tomatoes, peppers, and onions; it’s that amazing aroma you taste in pizza sauce in the US; and it’s the fragrant touch of pizza marinara in Italy.

Oregano is so versatile and so regularly used in Mediterranean countries that they probably never run out of it. But, since we can’t all live in the Mediterranean (sigh), we must make do. How do you replace oregano? Let’s take a look!

Oregano is a powerful, intense aromatic plant. It’s used to enhance the flavor of meats and it stands out in combination with tomatoes. It’s used fresh or dry, depending on the recipe. But whatever dish it is added to, oregano makes it shine. No wonder you panic a little when you run out. But there are ways to replicate its flavors. First, let’s focus on its taste profile so that we can get creative when searching for oregano alternatives.

Oregano has a pungent, powerful scent. Its flavorful leaves have a strong, sharp, savory aroma. You can feel a woody, earthy, and yet floral and intense minty tone. Have you noticed its similarities to mint camphor? Have you tasted the tanginess of citrus and the slightly peppery and bitter undertone? Well, oregano has them all.

Its astringent, citrusy, and minty flavors are perfect for meats and rich dishes, while its earthy, floral and herby aromas go perfectly with vegetables and especially tomatoes. And while it may seem overwhelming, oregano makes it work!

Although it has an intense, complex aroma, oregano is so popular! And that’s due to its versatility. We wouldn’t go as far as Artistotle, who said that enough oregano leaves and you’re cured of venomous snake bites, but we do vouch for its versatility in the kitchen.

Pizza, pasta, lasagna, pesto, seafood, fish, meats, dressings, vinaigrettes, hamburgers, cheeses, sauces, soups, stews, veggies … all can benefit from a sprinkle of oregano. And its aftertaste, so fresh and powerful!

Oregano Substitutes: Is the dry herb equal to the fresh aromatic plant?

Before we dive into the vast and fragrant world of alternatives for oregano, let’s clarify this. While oregano can be used both fresh and dry, both have a distinct taste, intensity, and flavor. Fresh oregano has a stronger, sharper, more intense flavor, while dry oregano has a more potent aroma.

When it comes to the amount to use, add 1 teaspoon of dry oregano for every tablespoon of fresh oregano: a 1:2 ratio. Always crush the leaves between your fingers a little before adding them to your food. This boosts their flavor. Keep in mind that dry oregano can work in just about anything, but truly shines in tomato-based foods, dishes involving olive oil, and marinades for meats, fish, and cheeses.

When it comes to releasing its flavors, oregano can stand the heat. It’s recommended you add it at the start of cooking. This way it can release all its amazing aromas. And if you have neither fresh nor dry oregano, check out our list of alternatives.

No, you could not and should not sprinkle whatever herb you have at hand since there are quite a few very suitable oregano substitutes. This way, even though you might not get 100% of the taste and flavor, you won’t a taste that just doesn’t fit your dish.

How to Substitute Oregano: Are you looking to replicate the aspect or the aroma?

If your recipe calls for oregano, don’t fret! There are so many ways to replicate its aroma. But before you choose what to replace the oregano with, it’s important to know what the recipe calls for: is it the taste of oregano or its aspect, or both? We have alternatives for all, and some of them are probably sitting in your cupboard right now. 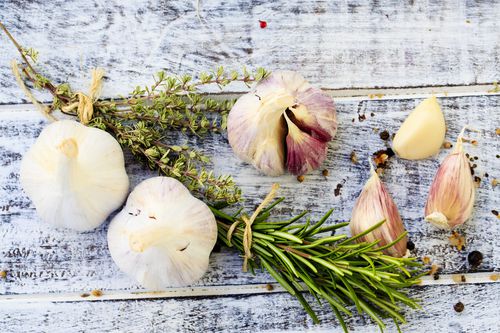 What’s a Good Substitute for Oregano? Check out these ingredients

Marjoram and oregano are very close. So close, some people confuse the two. So, if you have don’t have oregano at hand, use marjoram. Marjoram has a similar aroma and taste and even smells the same as oregano. The difference is that marjoram is milder and sweeter. Another difference is that marjoram will offer your dish a floral scent, more poignant than oregano, which is known for its sharp, minty aroma. Marjoram also has a deep earthy aroma that is deeper than oregano.

Still, if you’re swapping them, add more marjoram than you would oregano to obtain the same level of flavor. Generally, three parts marjoram can replace two parts oregano. Also, and this is important, add marjoram toward the end of cooking so you don’t lose its aroma, as this herb doesn’t maintain its flavor when cooked for too long. Use it in meats, beans, legumes, vegetables, stews, and sauces.

Thyme can replicate fresh oregano. They look alike and they have similar flavors. They are both lemony, minty, and earthy; however, oregano packs more flavor and intensity. Thyme is different, since it’s more sweet than bitter. Its leaves also have a certain tartness that oregano doesn’t have.

Thyme is ideal for dressings, meats (especially white meat), fish, stews, potatoes, veggies, beans, tomato-based foods. Just like oregano, thyme can hold its flavors during cooking, so you can use it in pizza and pasta sauces that need to cook for a longer time. Also, make sure to add it at the start of cooking.

One of the best, most similar substitutes for oregano is tarragon. It has a vibrant flavor and packs the same earthiness and bitterness. Tarragon is very aromatic as well. It’s a great option for tomato-based dishes, veggies, salad dressings, meats that call for oregano.

Basil is another famous Italian herb, and it can replace oregano even though they are quite different. Basil is mild, delicate, subtle, sweet, floral, and it lacks the pungent, earthy, bitterness that oregano has. But it can replace it in recipes, as long as you add a bigger quantity to obtain the same taste.

Extra tip: dry basil has a more intense aroma, in case you were wondering, so adjust accordingly.

Parsley has a strong aroma and taste. It’s rather salty, floral, herby and so fragrant. Parsley is gentler, while oregano has more of a sharp kick. It lacks the earthiness, bitterness, and pungent note of the piny-minty freshness you get with oregano, but it can be a good replacement.

Parsley is milder than oregano. Still, you can add it in the same ratio as oregano. Also, make sure you add parsley toward the end of cooking.

Since they are great separately, they work great together; even better, actually. This mix can be a great alternative for oregano and it does deliver a good result.

Make sure to add the combo at the end of cooking, since both plants lose their aroma quickly. For the amount to use, if the recipe calls for one tablespoon of oregano, use a teaspoon of this herbal mix.

We can’t leave out sage. This herb has a citrusy vibe and a certain minty-piny freshness, a flavor that reminds you of eucalyptus. Sage packs quite the flavor. Its lemony taste may be more than oregano has to offer, so too its bitter notes and grassy feel. But you can use sage for meats, soups, and veggies that require oregano.

When it comes to quantity, for two teaspoons of oregano, substitute with one teaspoon of sage.

It’s more likely you’ll have dill in your pantry. While its profile differs from oregano, it can be a good replacement. Dill also has an intense aroma, and a complex one, and you may notice that its taste reminds you of anise. Also, dill has a certain minty freshness and some of the bitterness and deep earthy vibe of oregano.

When it comes to aspect, while fresh oregano has small leaves, dill leaves resemble those of rosemary or fennel. While oregano is sharper in fragrance, dill is more pungent, so make sure to use less than you would of oregano so as not to overwhelm the dish. Also, it’s recommended you add the dill as late as possible during cooking to retain its flavors.

One unconventional substitute, although it does deliver, is fennel. Fennel is similar to oregano, but, just like dill, it does have the flavor of anise. It also has a licorice aroma, so make sure to use smaller amounts than oregano.

Fennel is a great choice in salad dressings, salads, tomato sauces, stews, and everything fish and meat. As far as the amount goes, use 1 ½ teaspoon of fennel per two teaspoons of oregano. Extra tip: the fennel bulb also works well in place of oregano.

Rosemary is yet another aromatic Mediterranean marvel. Although it has an intense, pungent flavor, it’s quite versatile and very popular. It can pair up with just about anything, ranging from lamb, chicken, pork to casseroles, stews, roasts, potatoes, beans, and soups, tomato-sauces, and dressings. You can use it both dry and fresh.

Both rosemary and oregano are minty, piny, and earthy, but oregano has a milder, floral, and sweeter flavor, while rosemary is rather intense, resembling eucalyptus and more on the pungent side. Which is why it’s better to add it at the start of cooking. For one teaspoon of oregano add just a pinch of rosemary. 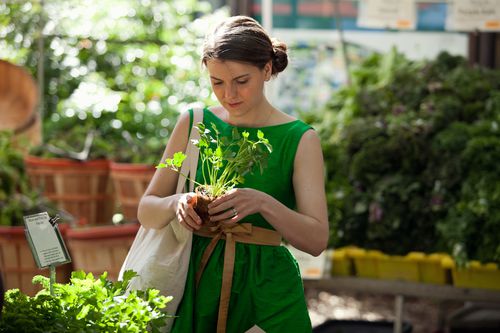 Bay leaves make a good replacement. They pack the same intense piny flavor and a great deal of earthiness and bitterness, but they lack the citrusy, freshness of oregano. Make sure to add bay leaves at the start of cooking. Bay leaves work better in soups, stews, sauces, meats, anything left to simmer: the longer the better. Also, remove the leaves before serving since they are not edible. Substitute one bay leaf for each tablespoon of dry oregano the recipe calls for.

Fenugreek can replace oregano in any recipe. It has a sweeter, milder flavor and it packs a nutty, buttery vibe, but it can still be a good alternative.

This Indian ingredient has a very similar aroma to oregano and it can substitute it in any dish. It’s quite fragrant, intense, and has the same bitter tones of oregano. Go for a 1:2 ratio, since carom can be quite powerful.

There are many ways to replicate the pungent, deep, fresh, and zesty flavor of oregano. “What can I use as a substitute for oregano?” Have we answered your question? Let us know, and if you have more suggestions of your own, do share!

This article originally appeared on Chef’s Pencil and was syndicated by MediaFeed.org.

This secret ingredient is the difference between home & restaurant cooking

This secret ingredient is the difference between home & restaurant cooking

About the Author / Lulia Claudi Dumitru