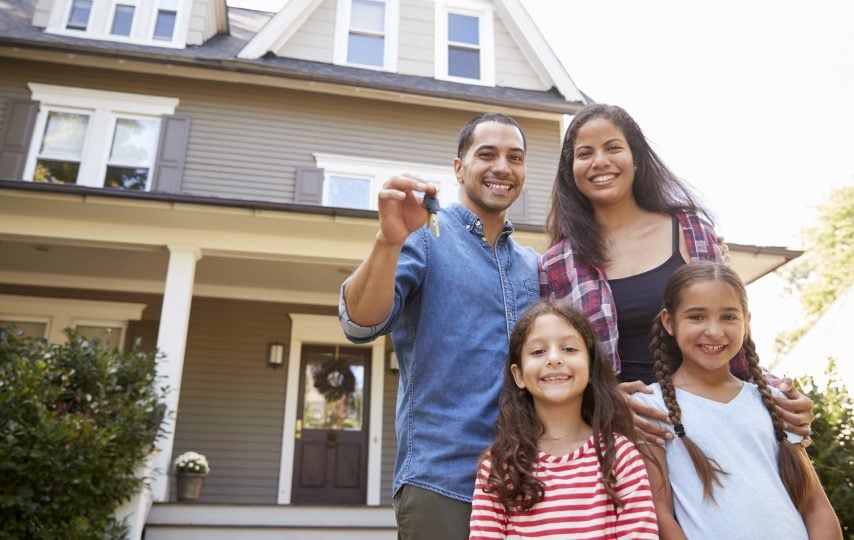 Buying a home is one of the most important financial decisions you’ll ever make. After all, a mortgage typically has you on the hook for anywhere from 15-30 years. And even though you can always sell a home you don’t like, you can’t guarantee it’ll sell quickly or for as much as you’d like. In short, your decision to buy a house could be one you live with for decades.

But the questions you need to ask yourself go beyond just the budget and features of the home. It’s also important to consider whether your credit is in good enough shape to get a mortgage, and of course, location matters too. It might be the thing that matters most, as many real estate agents would affirm. So how can you tell what location is best for you? And even if you should consider moving to another state altogether to get more for your money? This guide can help.

Finding the right town for you 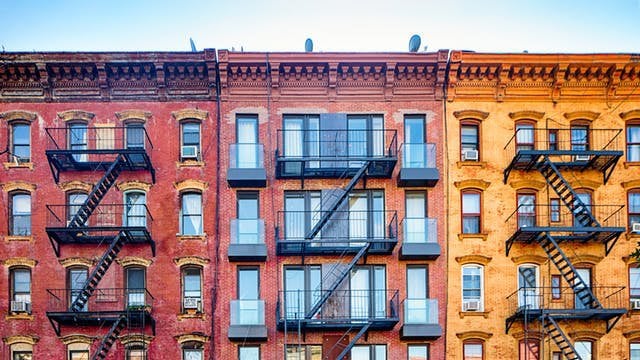 Whether your local cost of living makes you break into hives or you’re just curious to see what the rest of the country has to offer, it’s always a good idea to know what’s out there.

When Niche analyzes the best places to live each year, a number of factors come into play, including “median monthly housing costs for homeowners, property taxes, the percent change in median home values, local safety, and much more.” According to Jessica Hair, the media relations coordinator at Niche, the rankings look to “find cities where houses and cost of living are reasonably affordable, where there are good public school options, with median home values trending in a positive direction.”

These are the 20 best towns in the U.S. to buy a house according to data platform Niche. 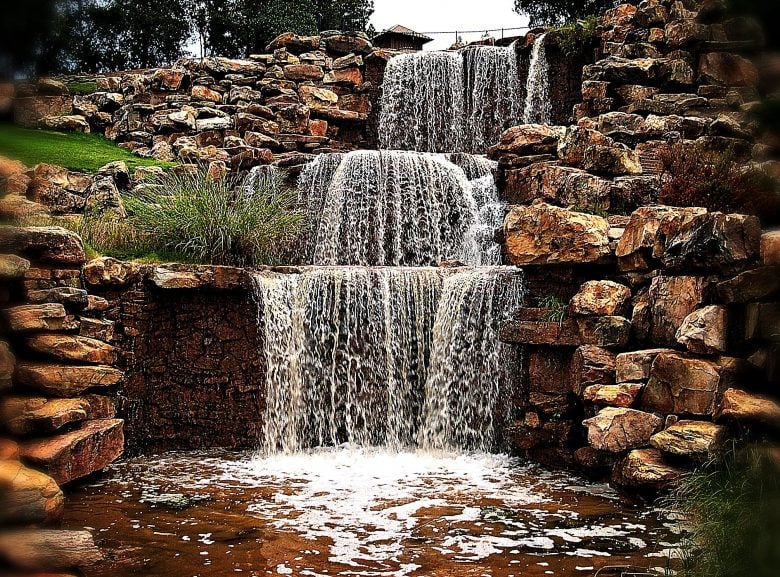 You’re going to see a theme here: There are a lot of cities in Texas on this list. It’s one of the biggest states in America, after all, but many of its cities also seem to have a solid balance of cost of living and quality of living.

Texas rounds out Niche’s top 20 rankings of best places to buy a house with Wichita Falls, Texas. This city lies just below the border of Texas and Oklahoma and has a score of “B+” for housing, “B” for jobs, and “A-” for cost of living. If you live in Wichita Falls, you’ll do so with 105,000 others. 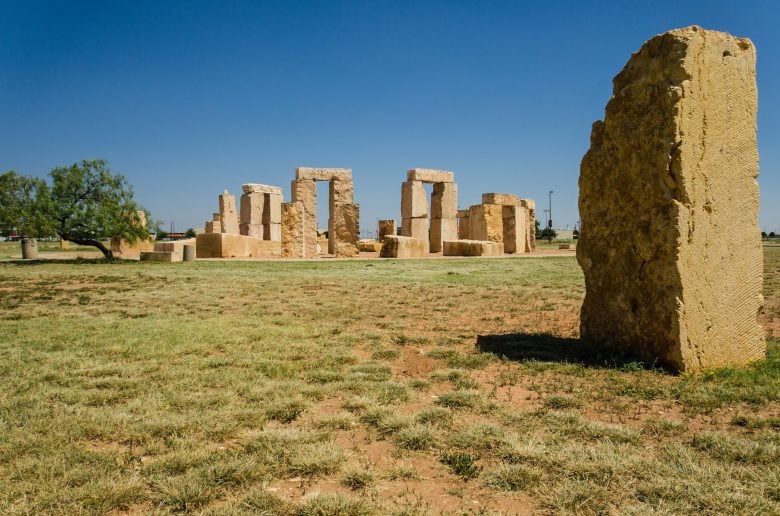 Make your way southwest from Wichita Falls towards the New Mexico border, and you’ll find Niche’s next pick: Odessa, Texas Odessa takes home a “B+” for housing, an “A” for jobs, and an “A-” for cost of living. The population is just slightly more than 114,000.

Drive a bit east and you’ll find Abilene, Texas. Niche gives Abilene a “B+” for housing and jobs and an “A-” for cost of living. There are currently just more than 122,000 residents living in Abilene. 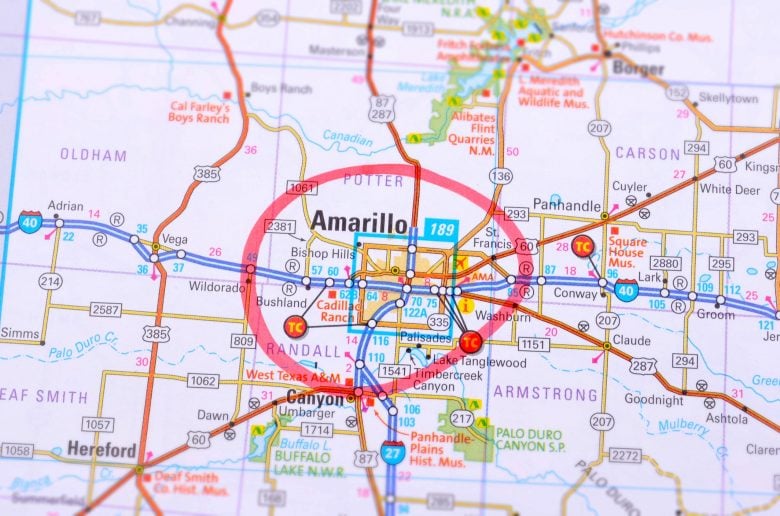 Like Abilene, Niche gives Amarillo, Texas, a grade of “B+” for housing and jobs and “A-” for cost of living. If you want to call this northern Texas city home, you’ll do so along with nearly 200,000 others. 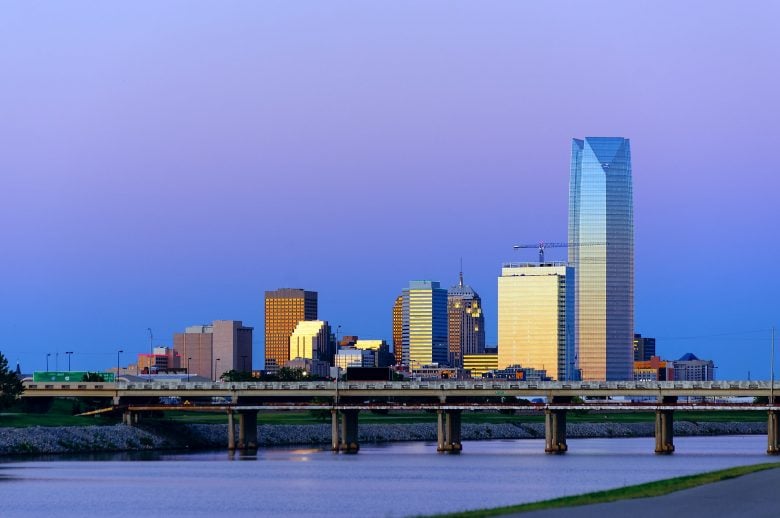 Oklahoma City is the largest city on the list with a population of approximately 620,000. The city has a grade of “B+” for housing, jobs, and cost of living. 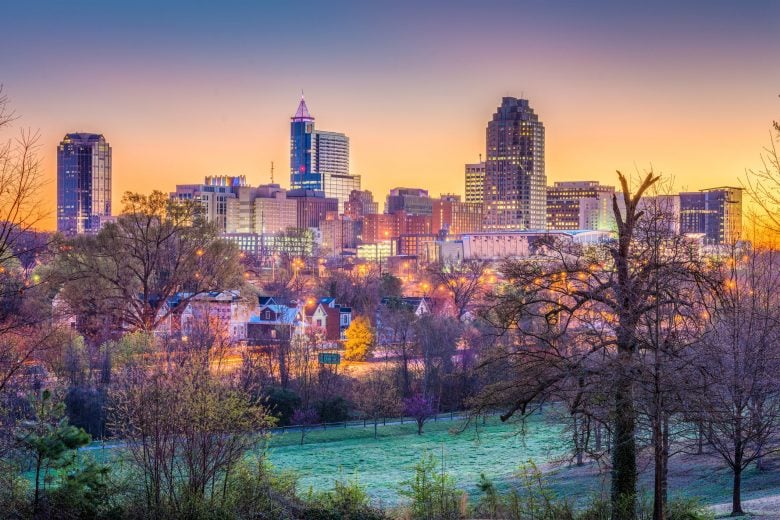 Raleigh, North Carolina, was given a “B+” for housing, an “A-” for jobs, and a “B-” for cost of living. And if you prefer to be in a less remote place, Raleigh won’t disappoint. Its population of 441,326 makes this city the second largest on the list behind Oklahoma City. 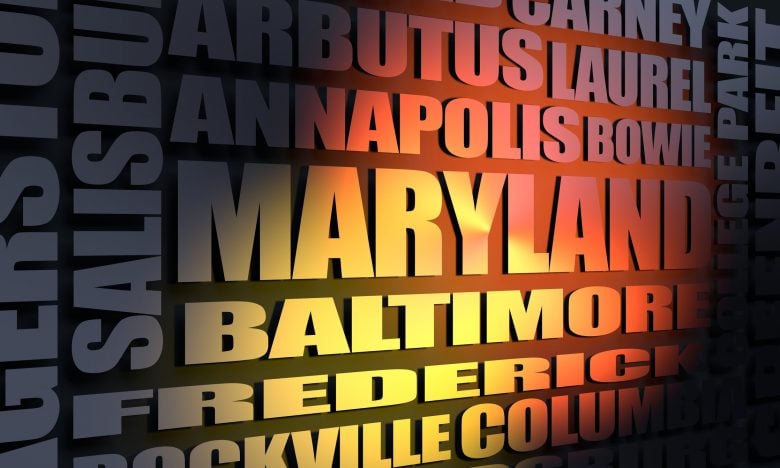 Head a little farther up the east coast to Columbia, Maryland, the next town on Niche’s list of best places to buy a house in America. This planned community outside of Baltimore is separated into smaller villages, so you won’t feel like you’re sharing it with about 100,000 others. This uniquely designed city takes home a score of “B+” for housing, “A” for jobs, and “C+” for cost of living. 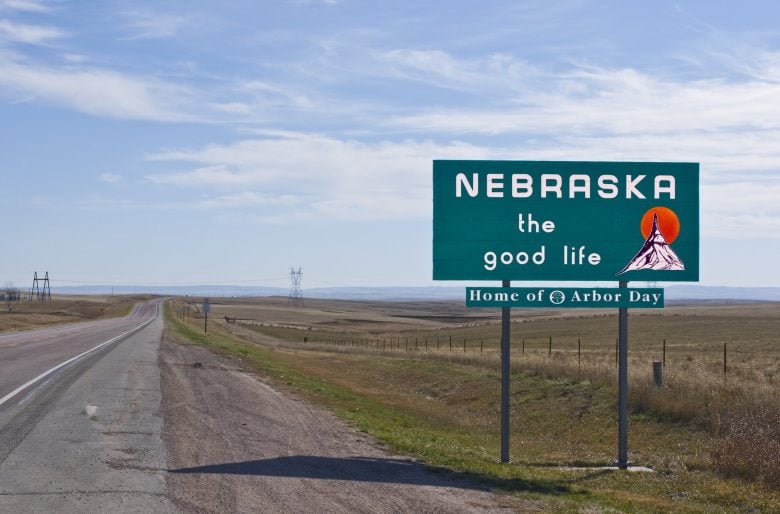 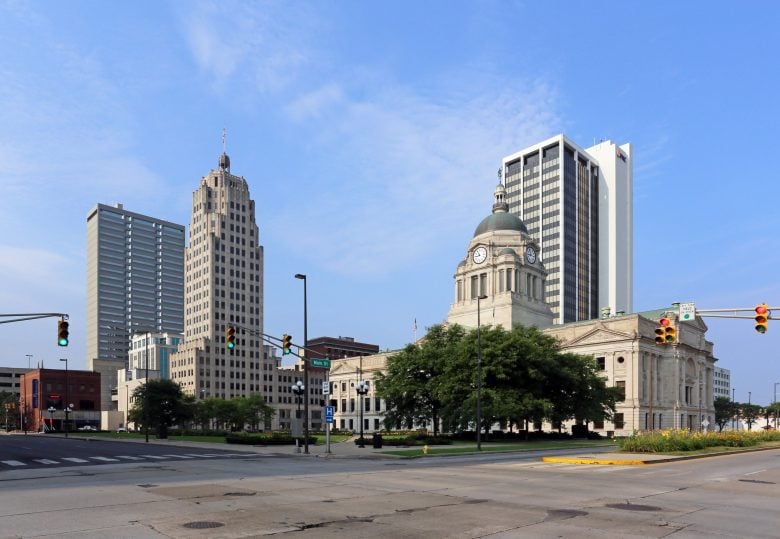 Fort Wayne, Indiana, gives its residents access to Chicago, Detroit and Indianapolis in approximately three hours or less. What’s more, with a population of just more than 260,000, this is one of the larger cities on the list. 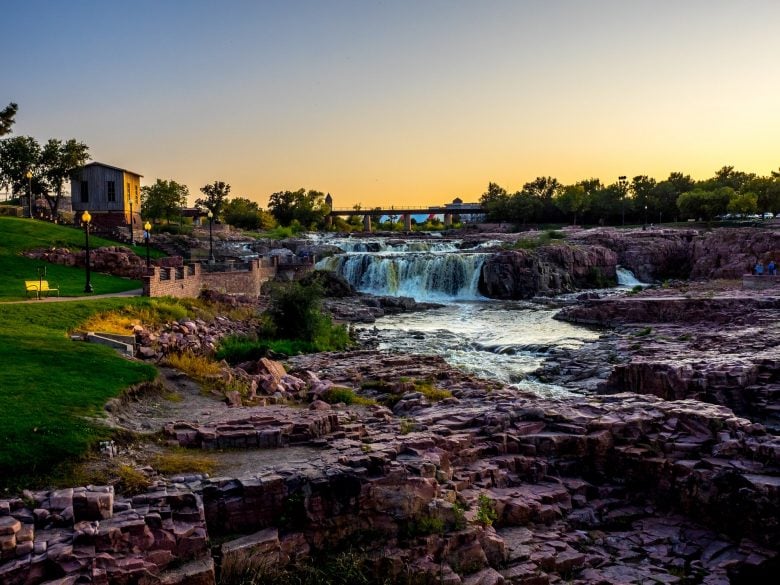 Another Midwestern city takes home the prize as Niche ranks Sioux Falls, South Dakota, eleventh on the list. The “Queen City of the West” gets a “B+” for housing, an “A-” for jobs, and an “A-” for cost of living. Currently, 167,884 people call Sioux Falls home. 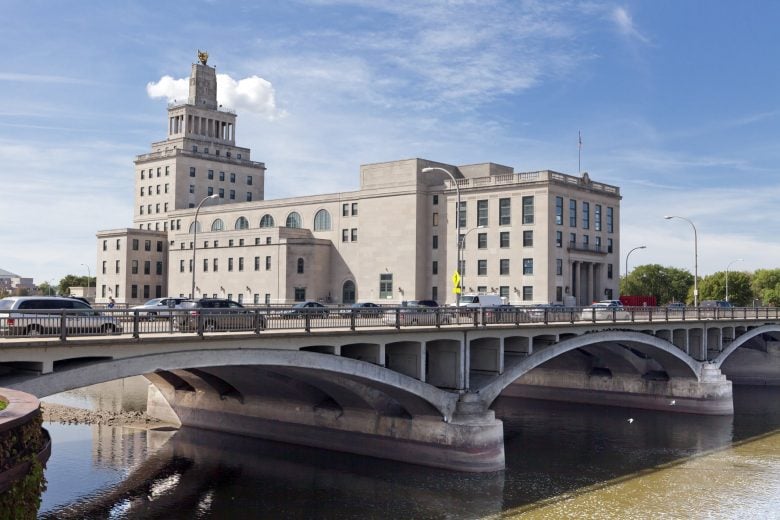 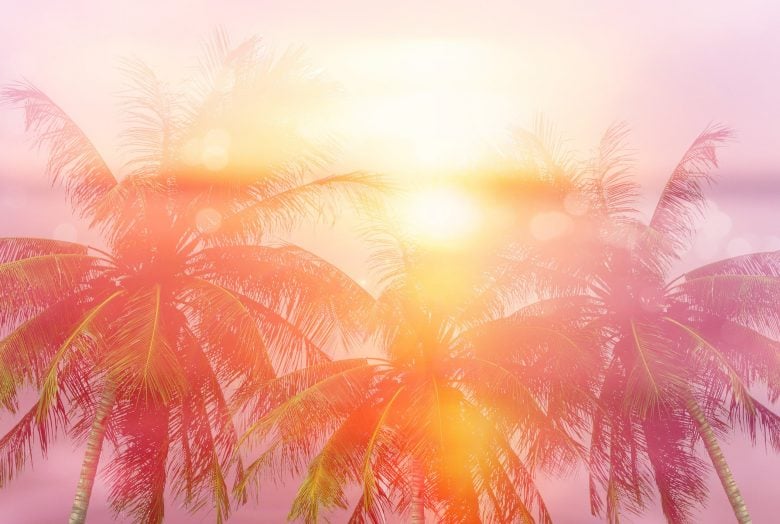 Prefer to live closer to a coast? Check out Palm Bay, Florida, ninth on the Niche list of best places to buy a home in America. This city on a bay has just under 107,000 residents and takes home a “B+” for housing, a “B-” for jobs, and a “B+” for cost of living. 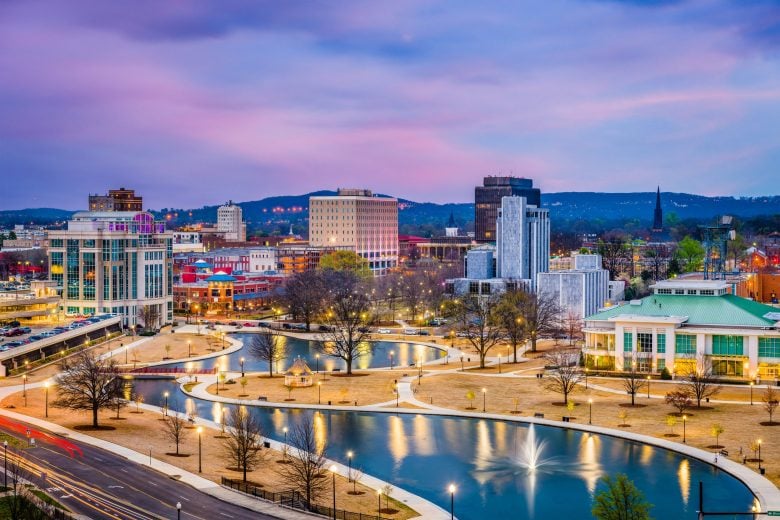 Niche Huntsville, Alabama, the eight best city in America to buy a house. One of the larger cities on the list so far, Huntsville has a population of 188,973 and takes home a “B+” for housing, a “B” for jobs, and a “B+” for cost of living. 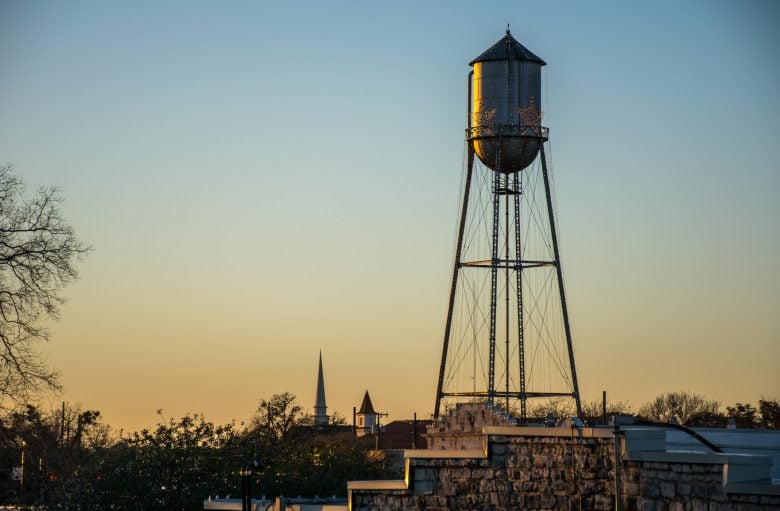 Texas strikes again. Niche ranks Round Rock, Texas, a town just north of Austin, seventh on the list overall. Round Rock takes home an “A-” for housing, an “A” for jobs, and a “B” for cost of living. With a little over 112,000 people living there, this is a good option for those who want to be close to a larger city such as Austin without being in the action 24/7 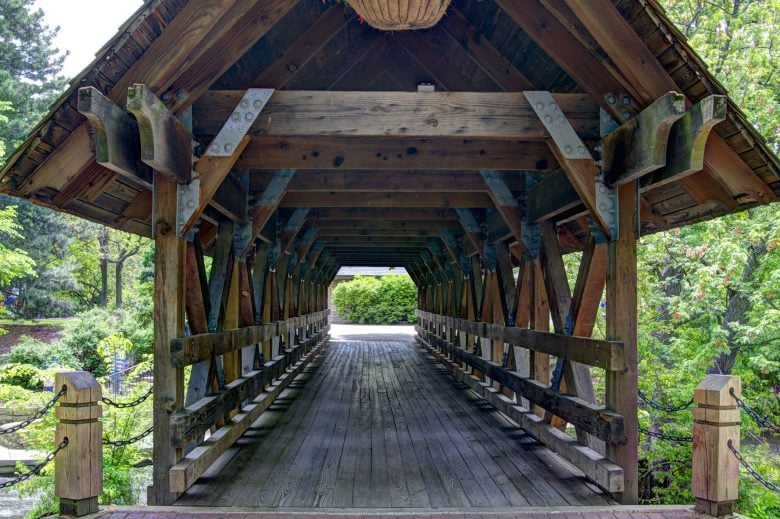 Naperville, Illinois, is ranked number six by Niche for best places in America to buy a house. The city has a population of almost 146,000 and is scored “A-” for housing, an “A-” for jobs, and a “C+” for cost of living. 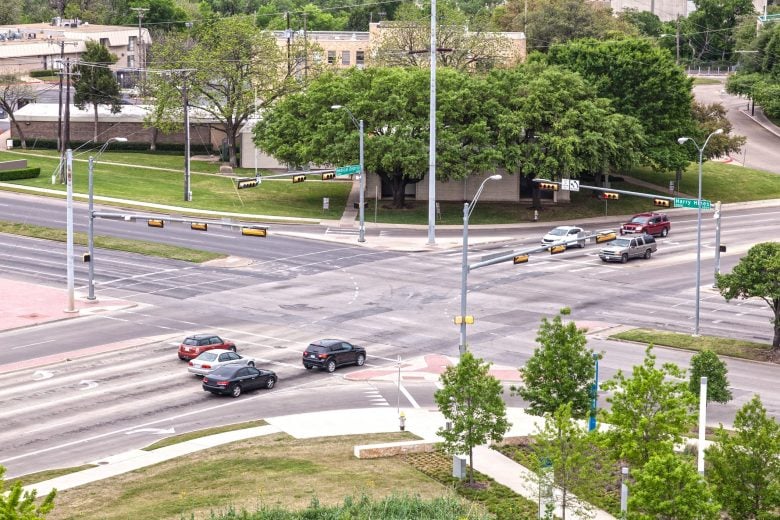 Here we go again. The next city from Texas to make Niche’s list is Richardson, Texas. Part of Dallas County, Richardson brings home top marks in housing (“A-”), jobs (“A-”), and cost of living (“B”). And if you decide to move there, you’ll be sharing a location with slightly more than 108,000 other people. 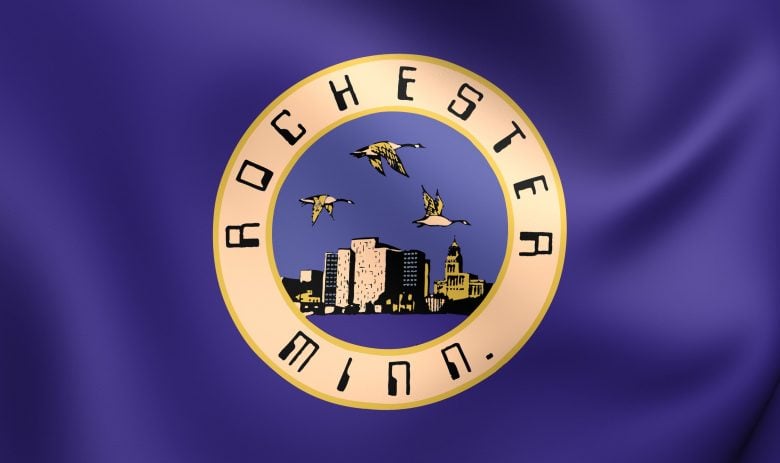 Niche rates Rochester, Minnesota, with an “A-” in housing, an “A” for jobs, and a “B+” for cost of living. This might come as a relief to those who don’t think they can bear a hot Texas summer when thinking about where to live. What’s more, Rochester has a smaller population of a little more more than 111,000, so you won’t feel stuck in a crowd if you buy a house there. 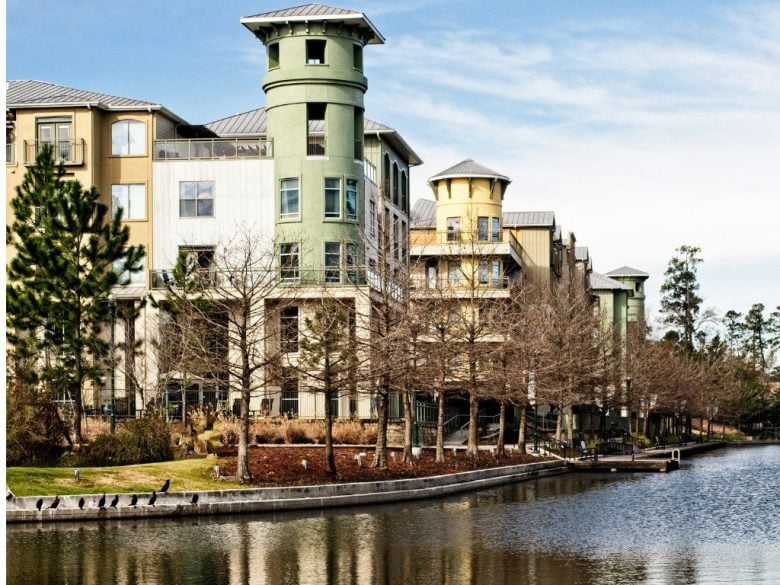 The Woodlands is the next Texas city to come up on the list, securing the bronze medal, so to speak, on Niche’s. Specifically, The Woodlands has an “A-” in housing, an “A+” for jobs, and a “B-” for cost of living. And with a population of a little more than 108,000, you might be able to find some peace and quiet as well. 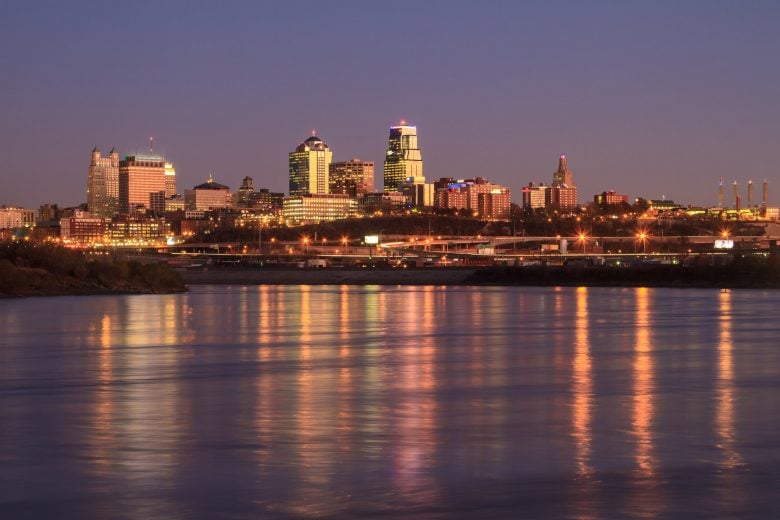 Next up on the list Niche gives Overland Park, Kansas, a number two rating for best cities to buy a house in America. This city in the Great Plains boasts a score of “A” for housing, “A” for jobs, and a “B” for cost of living, among other factors. Smaller than Plano, Overland Park has a population of fewer than 184,000, so you can get in while the getting is still good. 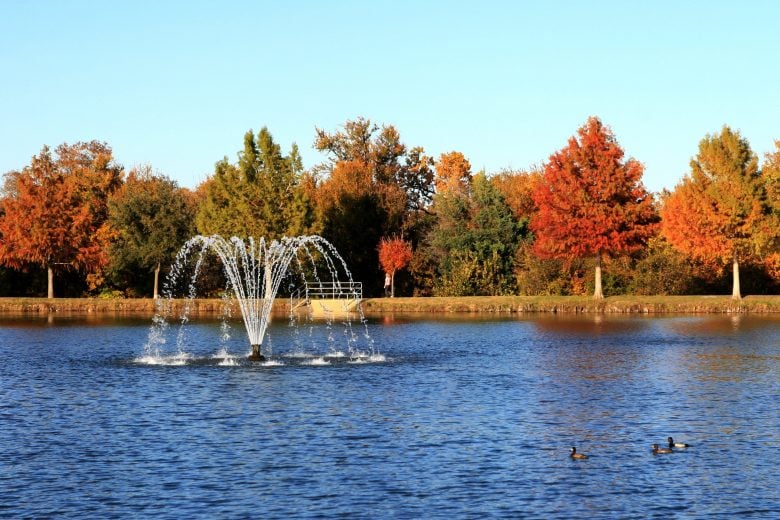 Plano, Texas, tops the list for places in America to buy a house. The Dallas suburb takes home top ratings in all categories, including an “A” for housing, an “A+” for jobs, a “B” for cost of living, and more. As for how many people take advantage of this, Plano has a population of more than 279,000.

This story originally appeared on Upturn and was syndicated by MediaFeed.org. 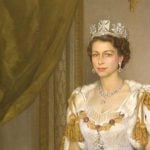 Previous Story:
The history of the British Monarchy, in pictures 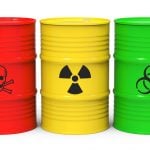 Next Story:
12 hidden toxins you may not know are in your kitchen