50 things millennials get blamed for

Millennials are the worst. At least that’s what a plethora of statistics, think pieces, white papers, surveys and social media trolls users would have you think.

Never mind the deep-seated socio-economic reasons why millennials suck at life. (They’re saddled with student loan debt. They entered the workforce during the Recession when no one was hiring. Or post-Recession when wages were stagnant.) Never mind the fact that — hey! — millennials are getting better. (See new research from Chase that found millennials mean business.) Never mind that for every stat, think piece, or white paper out there saying one thing, there’s another saying the exact opposite.

Nope, millennials are just terrible, annihilating every very special thing that crosses their path of entitlement. Like casinos. Or cruises. And chicken wings.

We’re kidding, of course. (No millennial was harmed in the writing on this article — in fact, depending on whether you think Xennials are actually a thing, this writer technically is one.) But just in case you think we’re exaggerating their bad rap, here are 50 things millennials have been dragged for explicitly or implicitly over, oh, the last decade or so.

1. They live with their parents …

Pew Research put millennials on blast when it advertised that, as of 2016, 15% of 25- to 35-year-old millennials were living at the ‘rents — NBD, right? Except Gen X-ers and the Silent Generation were much better about moving out of the house.

Silly millennial, it’s not the economy’s fault you’re still in your family’s basement. “Rather, long-run shifts in demographics and behavior have been pushing them in that direction for decades,” says an analysis from FiveThirtyEight. Got that? It’s sociology, not economics.

3. They refuse to get married …

Count this among the “long-run shifts in demographics and behavior” mentioned above. Back in 2014, 25% of millennials told Pew they would never get married — and other research supports the notion that, at the very least, people are waiting longer to tie the knot. We’re not sure why this choice is anyone’s business (#doyou), but some pundits argue millennials living together but putting off marriage are robbing themselves of certain tax and economic benefits.

How can they really? They ghost everyone they meet and can’t even go on a simple dinner date.

5. … or because they prefer pets to people.

Millennials are more likely to have dogs and cats — and spend lots of money on them — than their older cohorts. (By the way, here’s how to leave your estate to your pet when you die.)

7. … but are also somehow responsible for a housing shortage.

Basically, millennials are flocking to expensive big cities and not the ‘burbs where housing construction is cheap(er).

8. In either case, they’re the reason the housing market can’t fully recover.

Never mind that they didn’t cause the housing crash in the first place.

Millennials show up early, eat too much food, don’t help around the house, make a whole bunch of noise, and leave their borrowed beds unmade, according to a survey from HomeAdvisor.

10. They eat way too much avocado toast …

Whether this proclivity is why millennials aren’t buying houses remains up for debate.

Customers in their 20s and 30s just aren’t that into chicken nuggets.

Per a report from the AAA Foundation for Traffic Safety, these days, millennials run red lights, speed, text while driving and engage in other risky behaviors behind the wheel more than any other generation.

17. … who are driving up your car insurance rates …

Auto insurance rates have gone up by 21.5% since 2012, though whether we can peg this solely to millennials is also up for debate.

Per a Gallup Poll, they mostly just sign up for insurance coverage with whatever company their family members use. (Of course, there’s a little more to it than that. If you’re a millennial, we’ve got some of the best life insurance companies to look into right here.)

Thanks to Netflix, Hulu, Blue Apron, etc., millennials use monthly costs to determine something’s affordability … which, as this Jalopnik article points out, is a bad way to buy a car, since its the purchase price determines how long — and by extension how much interest — you’re going to pay.

Their leasing deficiency is a little more complicated than all the car-buying badness, but basically stems from the same line of reasoning.

That’s been the log line about millennials for quite some time, though many media sites have come to their defense in recent years.

22. … which is partially why they’re bad employees …

At least according to the 2015 Millennial Majority Workforce survey, in which a majority of hiring managers said their young workers were more narcissistic and less team-oriented than Gen X-ers.

Given that survey also found a majority of hiring managers believed millennials were more creative and open to change than their generational predecessors, maybe we’ve gotta call the “bad employee” thing a draw. Still even millennials admit they’re job hoppers, with close to 60% of them telling the Millennial Majority Workforce pollsters they planned to leave their current job in the next three years.

24. They’re not loyal to their country either …

Back in 2013, Pew found that only a small percentage of millennials were willing to say the U.S. was the greatest country in the world compared to other generations. And that was before Trump!

25. They got too many participation trophies.

Which is now why 40% of millennials expect a promotion every two years, apparently. But maybe that’s a good thing? It’s unclear — see Joel Stein’s infamous Time cover story on the “Me Me Me Generation” for more details.

26. They’re not participating in golf, though …

Per the National Golf Foundation, back in the mid-90s, roughly nine million 18-to-34-year-olds were hitting the links. Now, there are just over six million. Golf is dead.

Back in March 2016, market research Mintel found only 56% of shoppers had bought napkins in the past six months. But 86% did buy paper towels. So there’s that.

Mintel also famously found last year that 40% of millennials consider cereal “inconvenient” because they have to clean up after eating it.

Bar soap, that is, which millennials believe is covered in germs, per Mintel. As such, they much rather lather in liquid soap and shower gels.

In fact, many millennials don’t even know what it is.

32. But they are taking way too many selfies …

An estimated 25,000 over the course of their life, per a survey from Now Sourcing and Frames Direct.

33. … which may or may not have led to a major lice outbreak.

No one really knows for sure.

34. They mucked up Obamacare.

Yes, the Affordable Care Act has its issues. And its future is largely in doubt due to partisan politics. That doesn’t change the fact that millennials were painfully slow to sign up for President Barack Obama’s signature legislation, which helped throw its validity into question.

Because they’re using financial apps to cash checks, balance budgets, and send money to friends, among other things.  In fact, according to research from Goldman Sachs, 33% of millennials don’t think they’ll need a bank at all five years from now. 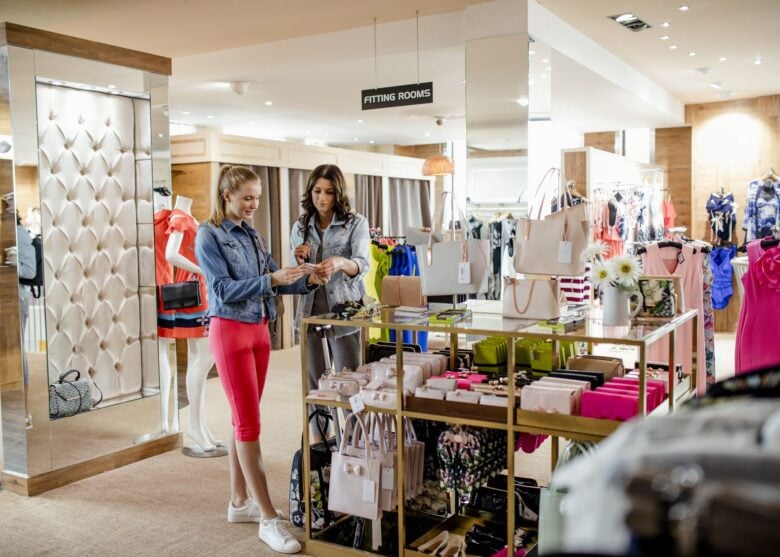 They rather spend their money on experiences. And smartphones. Or just order stuff off of Amazon.

Because, remember, they’re not getting married. Or maybe they just don’t want to spend a ton of money on a fancy pants rock. It’s a tossup.

If only local chains would let them text during the film.

And that’s why they’re financial failures, according to VaynerMedia CEO Gary Vaynerchuk.

Also a roadblock to riches? Too much Madden, says Vaynerchuk. #everyhourhustling

Honest Trailers apparently had a big problem with this one.

At least as of 2016, when TransUnion reported 43% of millennials had subprime credit scores (defined here as a VantageScore between 300 and 600).

43. … probs because they’re clueless about credit.

Consider this another area where Gen-Xers have millennials beat.

Which is fine, per se — and smart or at least understandable when you think about all their student loan debt. Still, when used correctly, a credit card can help fix a bad credit score. Just saying.

45. They’re not saving for retirement …

But, then again, is anyone really?

46. … except maybe it’s because millennials buy too much coffee …

Per a survey from investment app Acorns, almost half of millennials have spent more money on their morning coffee runs than they’ve put toward retirement.

Plus, a 2017 study conducted by LendingTree found millennials prioritize saving for a vacation over saving for retirement.

48. … even though they’re not taking their vacation days.

Per yet another survey, more than half of millennials leave vacation hours on the table. So … they’re saving for a vacation they haven’t taken yet perhaps?

49. They just can’t with investing.

Over 90% of millennials are scared of stocks … though again, given the economic crisis, can you really blame them?

50. They think they’re smart about money, but … not so much.

Thing is, millennials just think they’re much more financially-savvy than they actually are. Case in point: Only 8% of the demo actually demonstrated a high level of knowledge when tested by the National Endowment for Financial Education and George Washington University.

This article was published with permission from Policygenius

18 secret benefits to your Costco membership

Previous Story:
Your essential guide to moving to a new state
Next Story:
How to consolidate your student loans