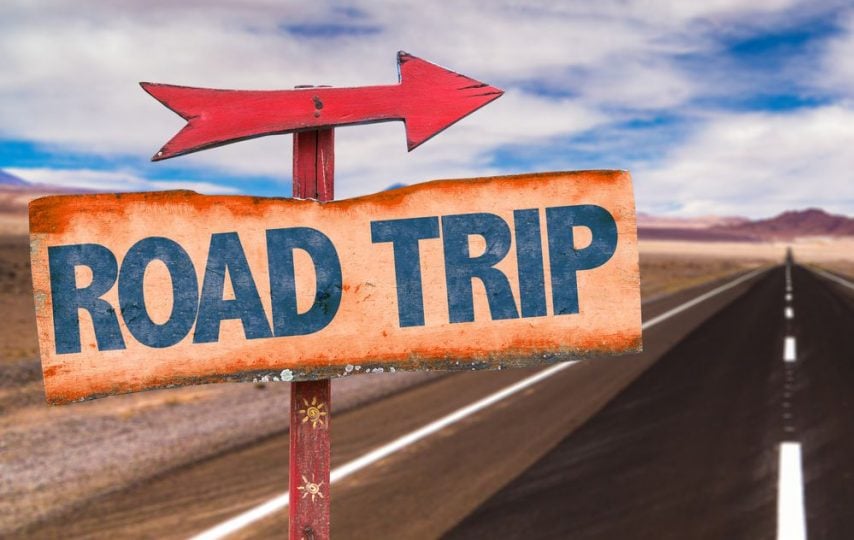 If one of your resolutions for 2019 is to travel more, but you fear that finances will hold you back, have a little hope: there are plenty of destinations across the country that are still very affordable to visit. As fun as major tourist destinations like San Francisco and New York City are, let’s be honest — accommodation alone can cost a fortune.

When you’re on a tight budget, it’s easier to make travel a reality when you choose lesser-known locations where the cost of activities and lodging are still reasonable. If you’re willing to make a budget in advance to ensure you’re regularly setting aside money for travel, you’ll be able to hit the road even sooner.

Another way to make vacations more affordable is to get a travel credit card, said Deidre Mathis, a budget travel expert and writer, and owner of Wanderstay Hostel in Houston. If you get a travel rewards card and use it for your everyday purchases, such as gas, your car payment or groceries, and pay it off right away, you’ll quickly earn points without accruing any debt. Depending on the card you choose, you could earn free hotel stays, free car rentals or free flights.

Now you just need to figure out where to go. We spoke to several budget travel experts to find out the best places in the U.S. you can cheaply travel to in 2019. Here are their six top destinations that are still somewhat off-the-beaten-path and won’t break the bank. (All hotel prices are from Kayak.com and accurate at the time of publication.) 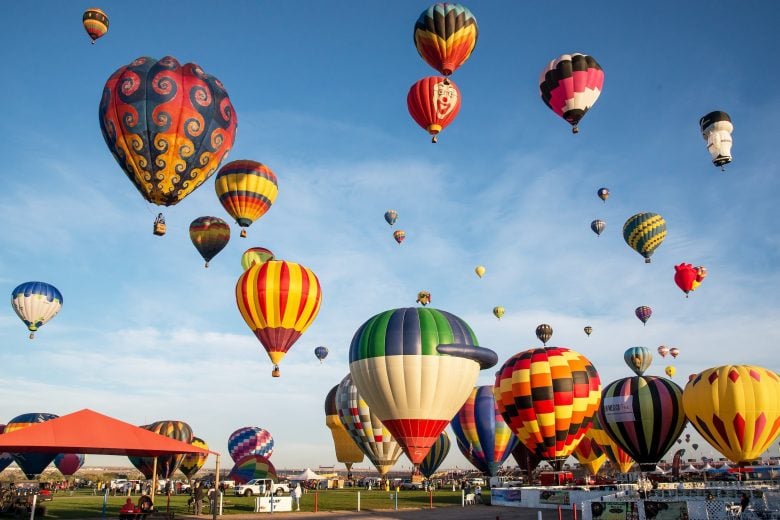 Cost of accommodations: Throughout the year, you can get a three-star hotel room for about $85 to $100. If you’re willing to stay at a one- or two-star motel, you can nab a room for around $40 to $50 per night.

Why go: Albuquerque is one of the top spots Mathis said she’s eyeing for 2019, in large part because it’s such a friendly spot for budget travelers. It’s also known for its distinct Southwestern feel and sunny weather. If you love the outdoors, Albuquerque is brimming with scenic hiking and bike trails that range in cost from free to only about $20 to use, making it an affordable way to explore the beautiful terrain.

There are also several museums in Albuquerque, and plenty of shopping if you’re on the hunt for Southwestern-style art, jewelry or souvenirs. Just west of the city, you’ll find the Petroglyph National Monument, where you can view ancient lava flows, petrified wood and rock drawings by Native Americans and Spanish settlers, dating back as far as 700 years ago. It’s free to enter, and parking is only $1 on weekdays and $2 on weekends.

It’s also typically affordable to fly into and stay in Albuquerque — according to Mathis, “they have tons of small hotels that will be a better price than the big chain hotels, and they give you a more local feel,” Southwest offers nonstop flights from many cities to Albuquerque, she added; for example, she recently saw nonstop flights in February from Houston to Albuquerque for $250, which she says is a great deal.

“To me, a budget trip is anywhere I can go for less than $500 with flight and hotel included for the weekend,” Mathis said, “and with Albuquerque, you can definitely do that.” 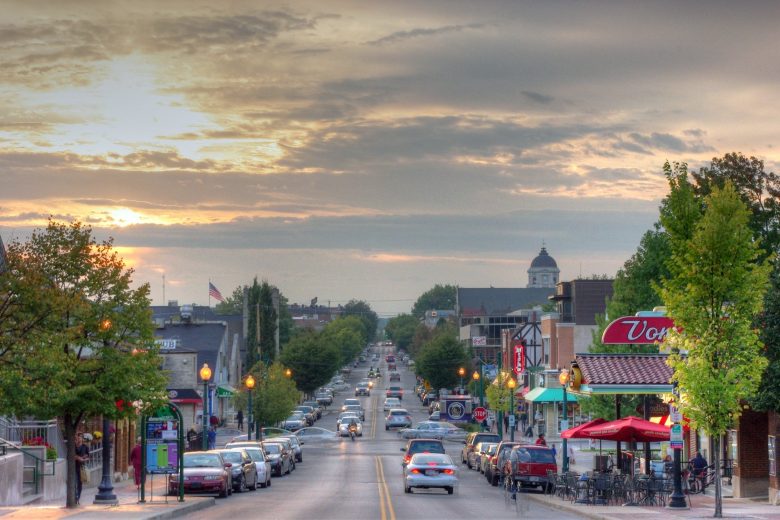 Cost of accommodations: A three-star hotel room is available for as low as about $80 per night, while some two-star motels offer rooms as cheap as about $50 per night.

Why go: “I have a passion for college towns — I find they often are more progressive and innovative than their larger neighbors — and Bloomington is one that makes me swoon,” said Kristin Luna, a budget-minded travel journalist and founder of the travel blog CamelsandChocolate.com. Not to be confused with Bloomington, Ill., this town is about an hour’s drive from Indianapolis, which is typically the cheapest airport to fly into, according to Luna.

“It’s also located in proximity to so many great outdoor attractions such as Monroe Lake, Amy Weingartner Branigin Peninsula Preserve and Hoosier National Forest,” Luna explained. “Another free and unique offering is the Tibetan Mongolian Buddhist Cultural Center, which was started in Bloomington in 1979 by an exile named Thubten Jigme Norbu, to protect the heritage of Buddhism,” she added.

Luna also noted that since it’s a college town, Bloomington has plenty of seasonal activities, such as Indiana University football in the fall or the city’s long-standing Little 500 bike race in the spring. She added that Bloomington has an ever-expanding greenway called “the B-line” that cuts through town and is extremely bike-friendly, though the town is also easy to navigate with the newly-popular electric scooters. 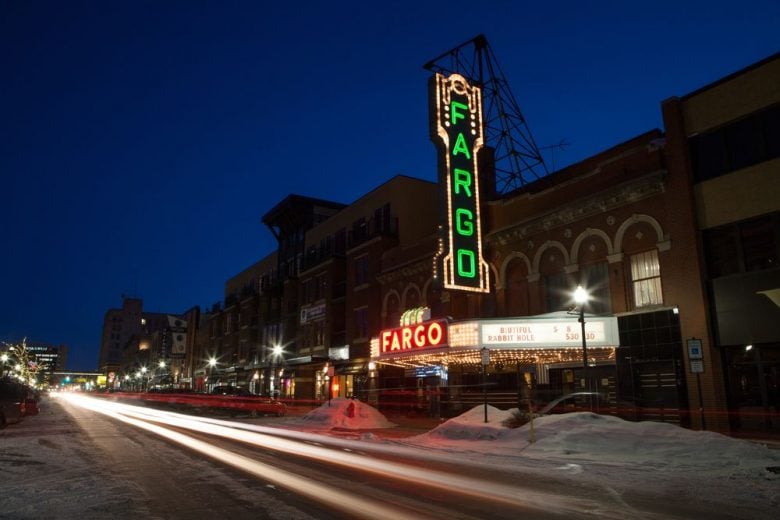 Cost of accommodations: It’s possible to grab a two-star motel room in Fargo for less than $50 per night. The average nightly rate for a three-star hotel here is around $90.

Why go: Fargo may be famous for the Coen Brothers’ cult classic film, but it’s also a great up-and-coming destination for budget travelers seeking something off the beaten path. Mathis said North Dakota is on Mathis’ radar for next year, and it’s especially an ideal destination for travelers who love nature. North Dakota has ample opportunities for hiking, biking, boating, camping, fishing, horseback riding and just about any other outdoor activity you can think of.

Fargo and many other towns in North Dakota are also known for charming small-town bars, where you can get a true feel for the city, noted Mathis. There are also a few small breweries in Fargo, in addition to great shopping.

The town also has cultural institutions, including art museums, an air museum and a historic theater. A few minutes away, just across the river and the Minnesota border, you can visit the Hjemkomst Center for only $10, where you can see a replica of a viking ship and a “Stave Church,” a replica of a Norwegian church from the 1100s. And of course, you can see the infamous wood chipper from “Fargo” the movie; it’s free to see the original movie prop, located in the city’s visitor center. 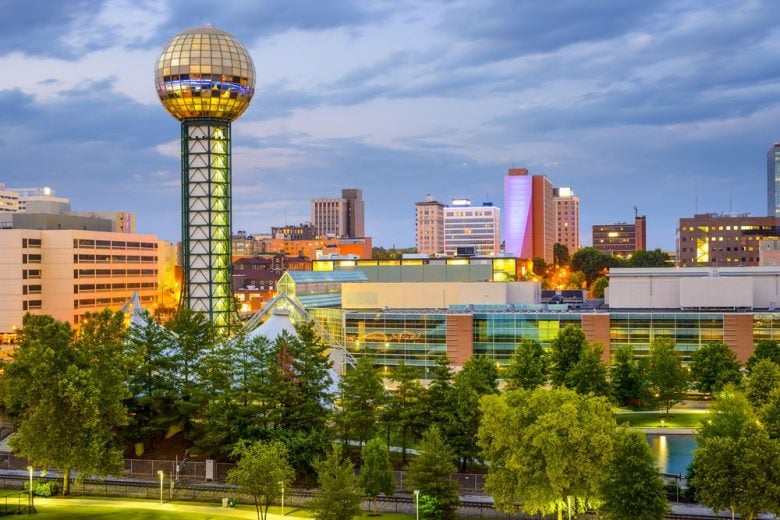 Cost of accommodations: Budget travelers can find two-star motels in Knoxville for as low as around $50 per night, and three-star hotel rooms for around $80 per night.

Why go: “I grew up just south of Nashville, but if we’re being honest, I would live in Knoxville if I had the choice,” Luna said. “Like many mid-sized cities across the United States, it has a booming brew scene, a dedication to the arts and a sprawling town square that has been completely revitalized from when I was a student there 15 years ago and almost all the storefronts were boarded up.”

As Luna noted, The Old City, Fourth & Gill and Market Square neighborhoods have all undergone major makeovers, which has brought life and investment into these areas. But despite its growth, Knoxville is still a very affordable place to visit.

“Free attractions such as Ijams Nature Center and its quarries, and many hiking and mountain-biking trails connecting to the nearby Smokies, make Knoxville a popular destination among budget travelers who like adventure,” Luna explained. She added that whiskey lovers will enjoy that two Tennessee Whiskey Trail stops are located in downtown Knoxville (Knox Whiskey Works and Post Modern Spirits), and there are several others only a half-hour drive away. 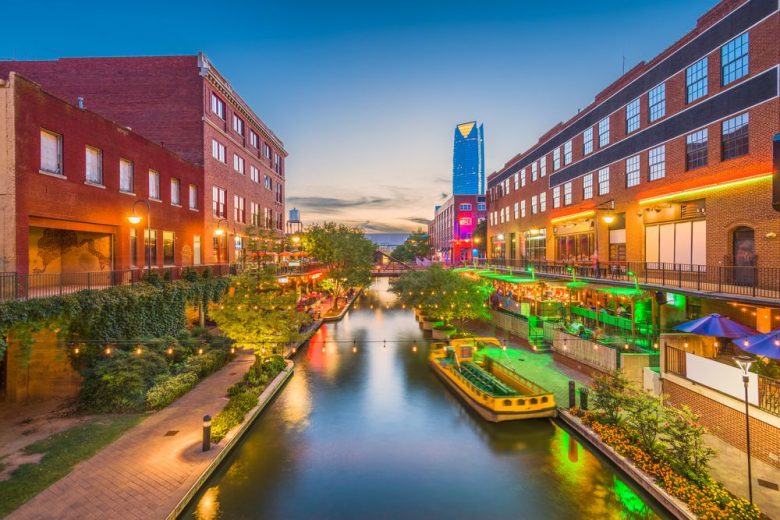 Cost of accommodations: You can get a motel room for as little as $30 to $45 per night in Oklahoma City. If you’re looking for a step up, three-star hotels average just under $100 per night, but can be as little as about $45.

Why go: As a centrally-located city, flights from hubs like Dallas or Denver to Oklahoma City are cheap, according to Luna. Plus, she added, as a mid-sized metropolis, Luna has found there’s virtually no traffic, and boutique hotels and parking that won’t break the bank.

“The food and drink scene is positively booming — Bon Appetit even picked America’s best new restaurant of the year from OKC,” Luna said. “In fact, one of the nation’s first brewery hotels is set to debut in 2020.” She added that a new streetcar launched in the city in December, which makes it really convenient for tourists to get around town. The city has also spearheaded other improvement projects, noted Luna, such as “the Boathouse District, an amazing attraction for visitors that includes an urban whitewater rafting course, canoeing and kayaking on the river, ziplining and a whole lot more.” On top of that, she has noticed that the locals there are some of the friendliest, most hospitable folks she’s ever met. 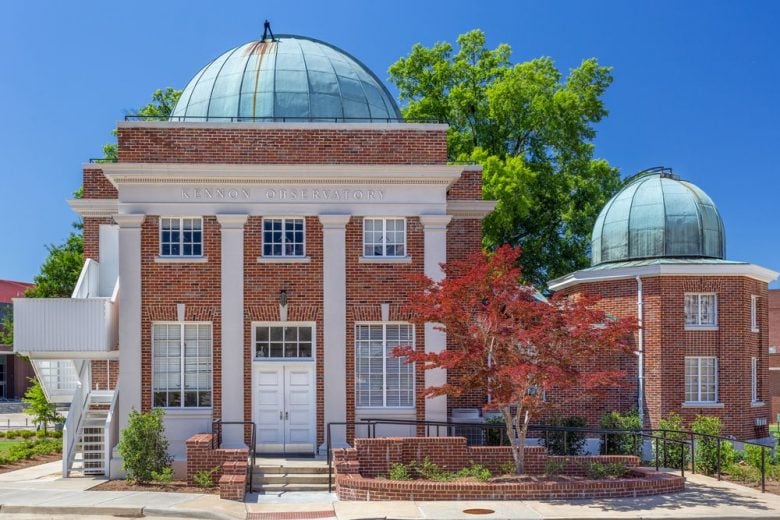 Cost of accommodations: You can land a three-star hotel for around $90 per night, or one- and two-star hotel and motel options for only $45 to $75.

Why go: “While many people have a negative connotation about Mississippi — and yes, it’s a little complicated politically — I think it’s one of the most underrated and underappreciated states,” said Matt Kepnes, who writes the popular budget travel blog Nomadic Matt and authored the book “How to Travel the World on $50 a Day.”.

According to Kepnes, the state is rife with rich history, the people are friendly and the Southern food is fantastic. Oxford is home to the campus of the University of Mississippi (known as “Ole Miss”), described by Kepnes as a beautiful (and free) place to explore. Right across from campus is Rowan Oak, former home of famed writer William Faulkner, which costs only $5 to visit.

If you want to take a road trip across the state, there’s plenty to see, according to Kepnes — and it’s all easy on a budget. A trip through the Mississippi Delta delivers a journey through incredible blues music, and he noted that it’s also worth a stop in the beautiful city of Natchez. Kepnes also loves the coastal town of Biloxi, which has great seafood, a beautiful beach and many casinos with very affordable hotel rooms. The Natchez Trace Parkway, a historic national park trail that goes up through Mississippi, is also worth a visit. It’s 444 miles long — it also passes through Alabama and into Tennessee, ending close to Nashville — and takes you along gorgeous drives.

Another popular area in Oklahoma City is Bricktown, a fun entertainment district where old warehouses have been turned into restaurants, shops, piano lounges and wine bars. There’s even a water taxi that can take you on a tour along the Bricktown Canal. 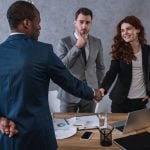 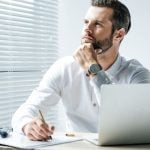 Next Story:
5 signs that you’re not ready to start a business