Do you have dreams of collecting passport stamps but fear international travel is beyond your budget? You might be surprised what you can afford with some smart strategies.

If you’re willing to spend time budgeting and saving, stay in hostels and visit destinations that are off the beaten path — and therefore less expensive — it’s easy to travel internationally on a shoestring.

Another way to lessen the cost of travel is to regularly use travel credit cards. Deidre Mathis, a budget travel expert and writer, and owner of Wanderstay Hostel in Houston, said she uses her Delta credit card for everyday essentials, then pays it off right away. “I was able accumulate enough points to book a flight to go to Spain next year for free. This was just from using my credit card to pay for things I would have bought anyway,” Mathis said.

“Of course, if there’s an annual fee, you have to look into it and see if it makes sense,” Mathis explained. “For this card, it does make sense, because a normal flight to Spain from Houston can range from $900 to $1400, so an annual fee of $200 is totally worth it because I got the free flight.” If a long-haul flight is your main budgetary concern, racking up points on a travel credit card could be your ticket to ride. Plus, many travel credit cards offer huge sign-up bonuses that start you off with a large balance of reward points.

Now, where to go with all those points? We interviewed several budget travel experts to find out which countries are best for budget travelers. If you’re resolved to travel more in 2019, here are six of the most interesting and affordable spots around the globe. (All hostel prices come from Hostelworld.com, are presented in U.S. dollars and are accurate at the time of publication.) 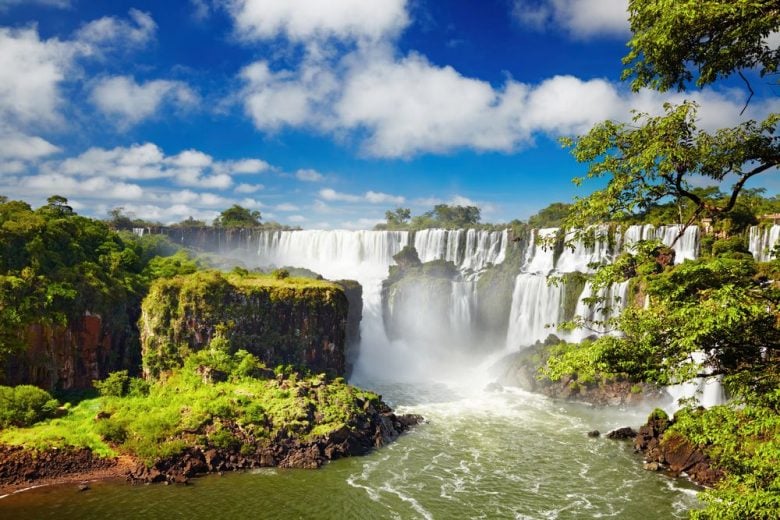 Cost of accommodations: The average price for a night at a hostel in Buenos Aires is an affordable $17.47. The average price of hostels in most other cities is only $10 to $20 per night, though there are some outliers, like Cordoba at $9.67 or El Calafate at $51.09.

Why go: “There’s never been a better time to visit Argentina,” said Johnny Ward, an entrepreneur who runs the hugely successful travel blog OneStep4Ward. Originally from Ireland, Ward currently lives in Thailand, and through savvy budget traveling, has visited every country on earth (seriously, he’s been to all 197). “Unfortunately, their economy is struggling a touch, but that means it’s a very cheap time to visit and explore,” Ward said.

He adds that long-distance buses in the country are like business class flights, with glasses of Malbec starting around $1 a pop. With a great bus system, it’s easy to explore the country, which has vibrant cities like Buenos Aires, in addition to areas of natural wonder such as Patagonia.

To experience the best of Argentina on a budget, Ward suggests flying in and out of Buenos Aires. “Then, bus up to Iguazu Falls and back to Buenos Aires,” he said, “before getting those hiking boots dusted off and exploring majestic Patagonia, with Bariloche and El Calafate particular highlights.” 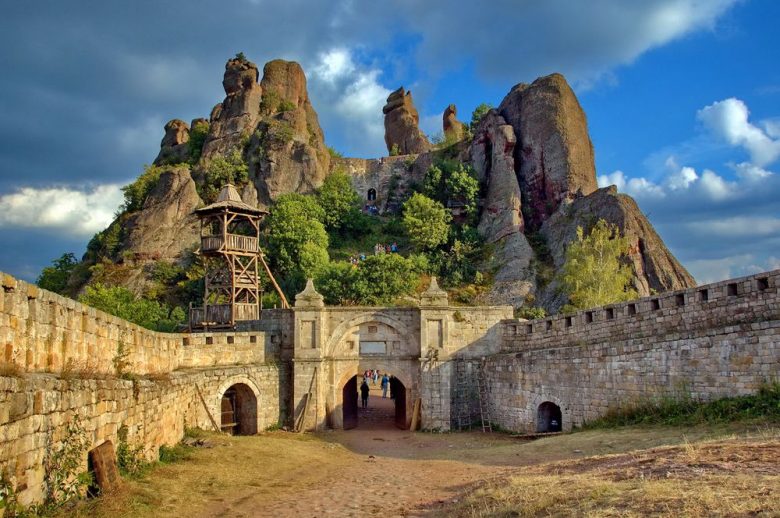 Cost of accommodations: Of the most popular cities, hostels are cheapest in Sofia, Bulgaria’s capital, with an average price per night of $6.99. Bansko is the most expensive, at an average of $18.82 per night.

Why go: “Bulgaria is not often picked on top travel lists, but it’s a great country for budget travelers because it’s inexpensive and it’s not on the euro,” said Matt Kepnes, blogger behind the popular budget travel blog Nomadic Matt and author of the book “How to Travel the World on $50 a Day.”

According to Kepnes, Bulgaria has plenty of rich history, the beautiful Black Sea, delicious Mediterranean-style cuisine, friendly people and plenty of mountains ideal for hiking. “Plus, it’s sort of off the beaten path, so you won’t find the huge crowds of Prague when you’re going to Sofia,” he added. “And it’s affordable; as a backpacker, you can get by on around $35 a day. If you’re traveling on a slightly larger budget, you can get by pretty comfortably for $50-$60/day doing anything you wanted, eating anything you wanted and staying in an Airbnb or cheap hotel.” 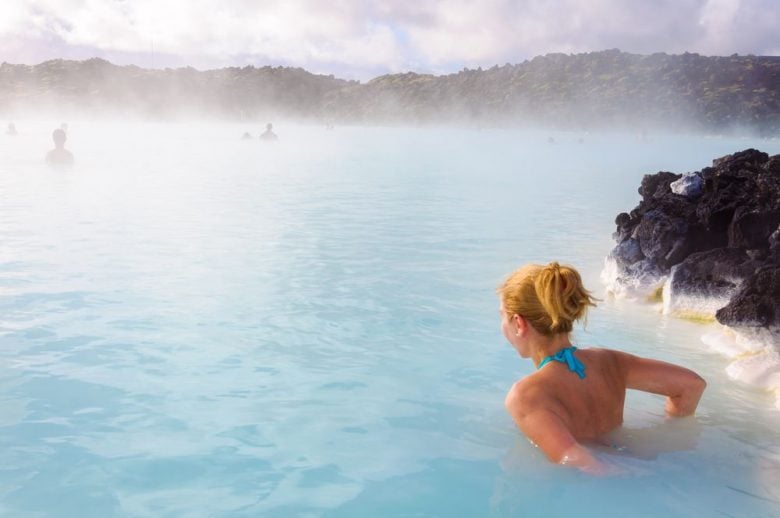 Cost of accommodations: Hostels in Reykjavik are around $84 per night on average, but in most other cities, the average prices are closer to $30 to $50 per night.

Why go: While travel to Iceland has surged in popularity in recent years, it can still be an affordable place to visit if you know how to do it right, Mathis said. Known for its otherworldly landscapes and jaw-dropping geysers, waterfalls and lagoons, it’s the perfect place for outdoors-lovers (and adventurous eaters — fermented shark, anyone?).

Flights are often the greatest expense of an international trip, but not in this case: Mathis recommended looking at WOW Air, a budget airline that offers flights to Iceland from major U.S. cities for as little as $100 to $200 round-trip, on which Mathis was able to score a $200 flight. “Though Iceland isn’t super cheap once you get there, getting there is incredibly cheap, so it gives you more flexibility to use that money for something else,” she explained.

In addition to hostels, Mathis noted that the country has many Airbnbs that help you save money, as compared to a hotel. The other trick to budget travel in Iceland is to avoid public transportation, which is very expensive — “just rent a car and drive that for the time there, and you’ll save a lot of money on transportation,” she recommended. 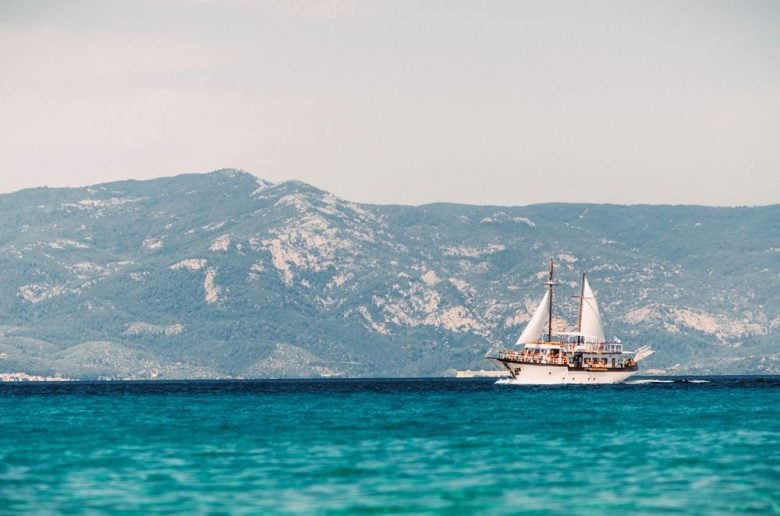 Cost of accommodations: In six of the most popular cities in Macedonia, hostels range from an average of only $7 to $17 per night.

Why go: “France, Italy and Germany are all a little played out — head east, save a fortune and explore Macedonia,” Ward recommended, noting that you can easily get meals for $7 in the country.

He said the country’s capital, Skopje, is idyllic, with Old European architecture and boutique hotels for a fraction of the price of Western Europe. Skopje is home to the Old Bazaar, a great place to shop and find cheap eats. The city is also home to the Memorial House of Mother Theresa, who was born there — the house is on the site of the former church where she was baptized.

“Then head to Lake Ohrid for a truly relaxing time,” Ward added. “The water is clearer than you imagine, and there won’t be hordes of tourists, I can promise you that!”

The Lake Ohrid region has been named a world heritage site by UNESCO, and the charming town of Ohrid is the location of one of Europe’s oldest human settlements. The area has the oldest Slav monastery, built starting in the 7th century, and hundreds of Byzantine-style icons from the 11th to 14th centuries. 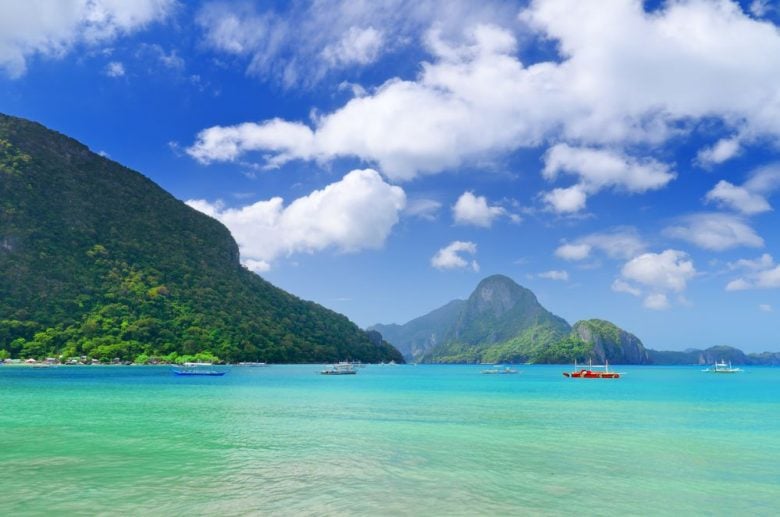 Cost of accommodations: You can score a hostel bed in Manila for an average price of $9.08. Hostels in other cities range from a mere $6 to $14 per night.

Why go: “South East Asia draws in so many tourists, but most don’t make it beyond Thailand or Vietnam,” said Ward. “For an additional hour or so you can explore the Philippines — all 7,000 islands of it!” Domestic flights within the Philippines can be as cheap as $40, he added, “so you can island-hop until your heart’s content.”

Ward thinks Manila, the capital, isn’t much to write home about, but from there, you can take a short, cheap flight to the “World’s Most Beautiful Island” of Palawan. From there, he recommended, “head north to El Nido and Coron for the kind of blue seas and limestone cliffs you’ve used as a screensaver for years.” According to Ward, you can nab some delicious street food and a cold beer for about $2, and if you get a cheap hotel on the beach, you can get away with only having to spend $30 to $50 per day. 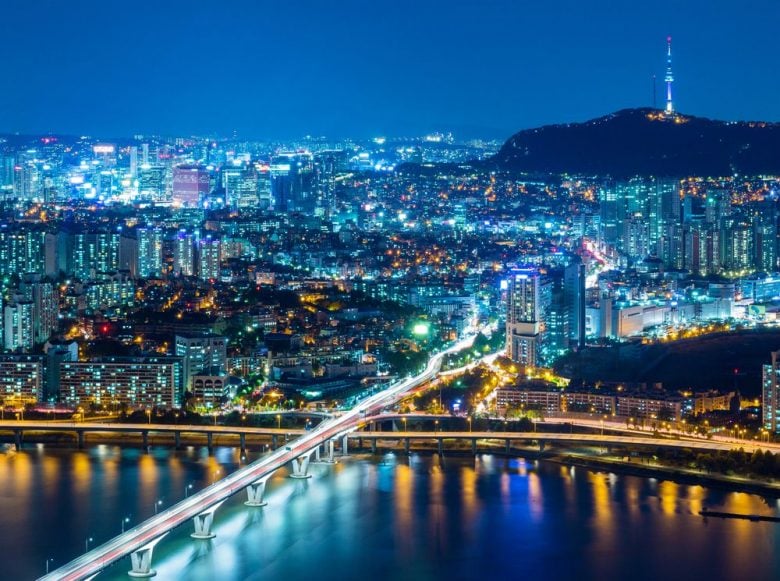 Why go: According to Kepnes, so many travelers get excited about Japan, but they often overlook South Korea: “South Korea is an underrated place,” he explained. “Not a lot of people go there, but it’s fascinating.”

He pointed to the incredible Korean food, rich history, excellent museums, beautiful palaces, K-pop music and the booming tech scene. Plus, if you’re a history and politics buff, you can take a guided half-day tour of the Demilitarized Zone — the infamous border between South and North Korea — for as little as $40.

Kepnes is especially a fan of Seoul, which he described as an affordable city that many people miss out on.

“It’s like a cheap Tokyo,” he explained. “You could go out there and go eat Korean BBQ and drink to your heart’s content, and then pay only $10.” 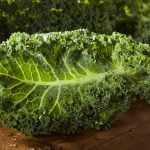 Previous Story:
How to fall in love with kale all over again 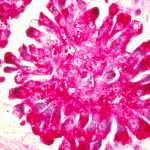 Next Story:
Every single type of cancer explained