Halloween, the annual celebration of everything spooky, is upon us once again, which means that many people are watching horror movies. While they’re chock full of scary scenes, teenage victims and knife-wielding maniacs, a lot of horror movies also feature cool classic cars, particularly if they were filmed in the ’70s and ‘80s.

Here’s a list of some of the best classic cars we saw while getting the pants scared off of us. Happy Halloween!

We had to start this list off right. After all, Christine – based on the Stephen King novel of the same name – is a horror movie about a possessed car that kills many unfortunate characters.

Fun fact: About 20 cars were used in this film, most of which were not Furys. Instead, legendary horror director John Carpenter used two other Plymouth models: The Belvedere and the Savoy. Each was modified to look like a Fury. 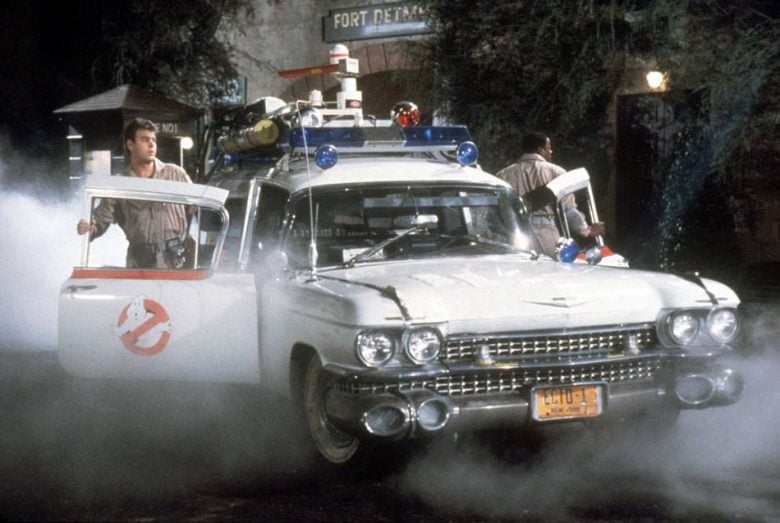 Not all Halloween movies are terrifying. Ghostbusters was a comedy hit and the Cadillac ambulance in the film has been an object of fan fascination ever since.

We’re serious. Few comic conventions are held without a replica Ghostbusters car parked outside, complete with the ECTO-1 license plate from the state of New York. Of course, these probably run better than the original car, which actually died during filming – on the Brooklyn Bridge, of all places. 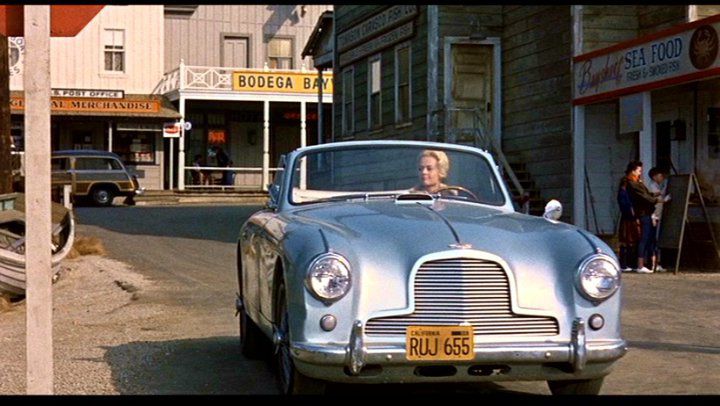 The name Alfred Hitchcock is synonymous with horror, just as the name Aston Martin is with classic cars. While we could write an article just on Hitchcock’s use of vintage vehicles (maybe next year), the DB2/4 Drophead Coupe is likely the crème de la crème.

Introduced in late 1950, the DB2/4 is a later version of the DB2 that had a revised rear chassis and a smaller fuel tank. Like the one driven in the film, it was offered as a convertible. It may seem like a bad decision to drive such a car when you’re worried about evil birds, but just look at those curves… 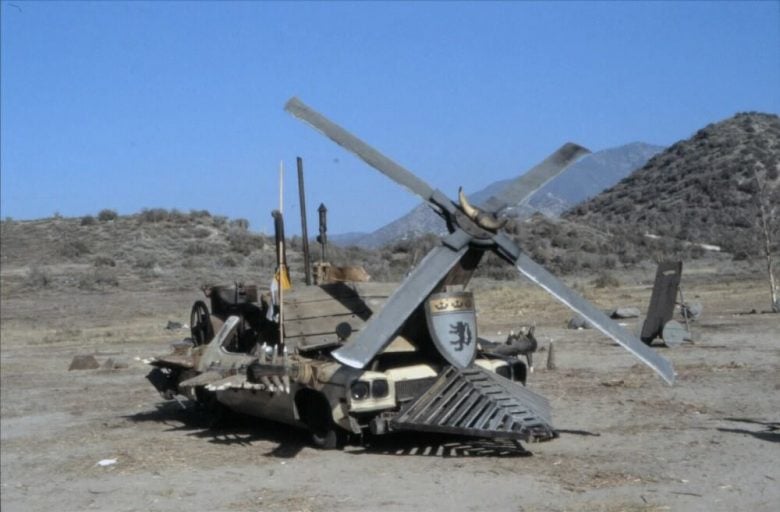 If you’ve never seen an Evil Dead movie, you’re in for a gory treat. They’re certainly not for everyone, but the Oldsmobile Delta 88 used in every film has a lot of appeal.

The actual high school car of director Sam Raimi, the modifications made to survive Evil Dead’s hellscapes are far from street legal, unless your local DMV is OK with body armor and spinning death blades (doubtful).

We would be remiss to leave another Carpenter film, Halloween, off of this list. While the movie contains a bunch of cars made between the ’50s and ’70s, the Monte Carlo has a special, grisly role in the film.

Not to give anything away, but you should always check the back seat, especially in these old classics. After all, there’s plenty of room to hide. Also, does blood stain a blood-red interior? Asking for a friend. 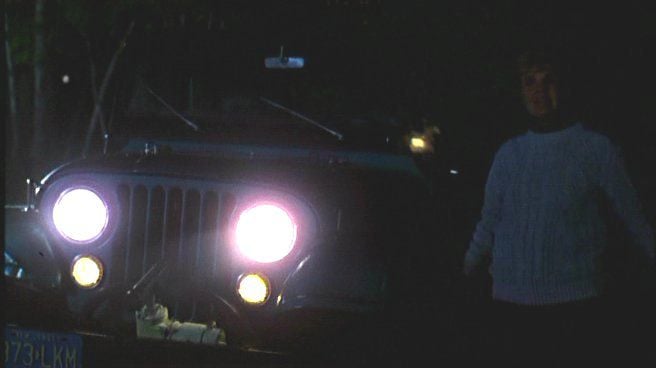 Camp Crystal Lake is one of the most famous settings for a horror movie, and the 1980 film set there launched a series that, somehow, is still going despite a few missteps (read: Jason X was terrible).

Anyway, the original contains some neat cars for the keen-eyed, such as Mrs. Vorhees’ Jeep CJ-5. It’s tough to lock down the Jeep’s model year, as the vehicle is never fully revealed, but it’s likely a 1966. You’ll forget about the car pretty quickly once you see the big plot twist, though. 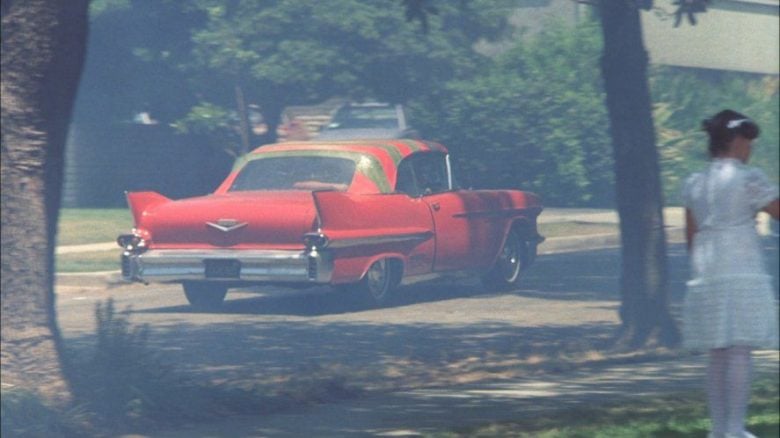 What is it with Cadillacs and Halloween? This one is a little more sinister than the Ghostbusters’ ambulance, however. The Series 62 with a custom Freddy Krueger paint job may be the object of your dreams, but you’d better think twice about falling asleep.

One, two, Freddy’s coming for you…

Like all Tim Burton movies, Beetlejuice walks the line between horror and comedy, all with some zany visual twists. One of those (at least on this list), is the Volvo station wagon the Maitlands crash into a river.

Spoiler: The crash is fatal and the Maitlands go to the netherworld, where they meet Betelgeuse (aka Beetle Juice). 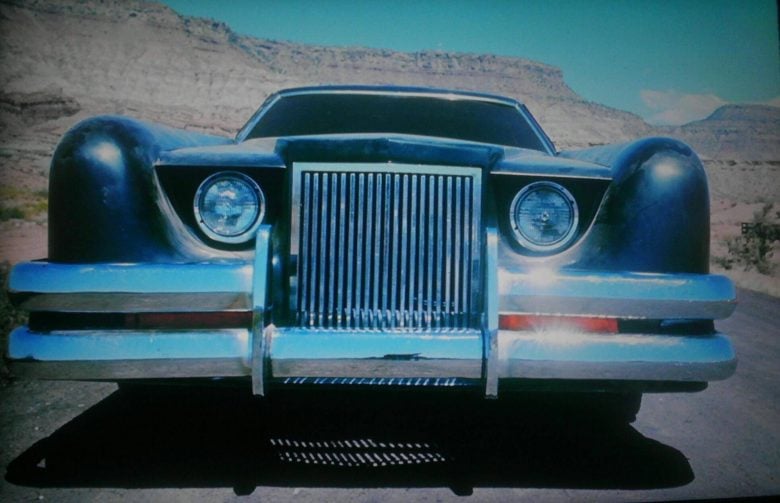 We saved another car-driven horror film for our final spot on the list. While The Car is more of a cult classic than a horror hit, it features a Lincoln designed by famed Hollywood customizer George Barris.

Four cars were built for the film, with three being used for “stunt work” (aka killing unwitting characters). The movie ended up being bashed by critics, but with such a hauntingly cool hero car, it could be worth a watch this Halloween. 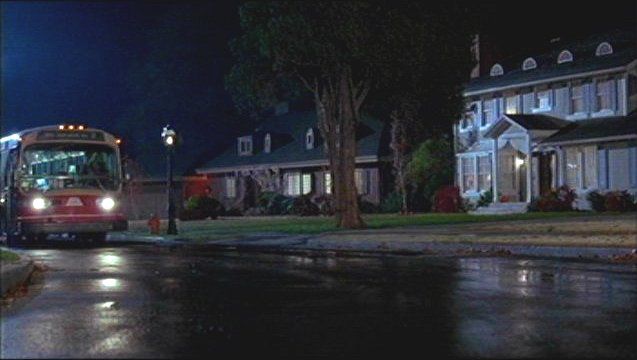 Given Hocus Pocus’ growing status as one of Halloween’s must-watch movies, it had to be included on this list. We could have added the film’s generic Ford Explorer or the admittedly cool Kawasaki KZ 1000 P, but the bus scene in Hocus Pocus is one of the greatest parts of the movie.

The bus is a unique standout in a 1990s movie and it proves that Thackery Binx can’t die. Um, spoiler? 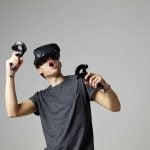 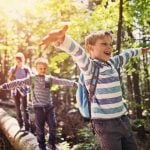 Next Story:
The best local hiking trails in each state