Alexa has a skills problem: No one is reviewing them

These are the findings of Dashbot, a data analytics platform that is used by developers to increase user engagement. The firm acquired this data by analyzing over 40,000 skills available to American Amazon Alexa users.

Alexa’s skills are like apps. You can buy, download and enable them on such devices as Amazon Echo Dots. These skills include games, shopping tools, news services, smart home control systems and more.

Users can rate and review skills just as they can smartphone apps. However, Dashbot’s research reveals that this rating system is rarely used and easily skewed.

“These single rated skills cause a skew in analyzing rating clusters because of the bias toward 1-star and 5-star reviews… Unless the skill has more than eight reviews, you should take the star rating as likely skewed,” said Voicebot, Dashbot’s parent company.

Alexa skills can be filtered by review score. When filtering to view skills with four stars and above (the highest search criteria), GearBrain found that three skills out of the first 10 had received just one rating each (five stars). Meanwhile, a fourth had earned five stars through just two ratings.

“Store ranking can be a significant contributor to user acquisition… Nearly 40 percent of users discover new skills through the store,” said Arte Merritt, co-founder and chief executive of Voicebot. “In addition, both brands and startups have found the position within the Alexa store has a significant impact — citing that if the skill falls off the first page, they’re basically lost. Having a strategy to increase positive reviews, and thus store position, can result in higher user acquisition.”

Hopefully, such strategies will lead to more balanced skills reviews. 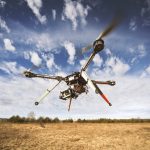 Previous Story:
The beginner’s guide to not crashing a drone 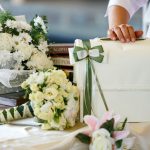