At 87, she gets a literal ride along Land Rover memory lane 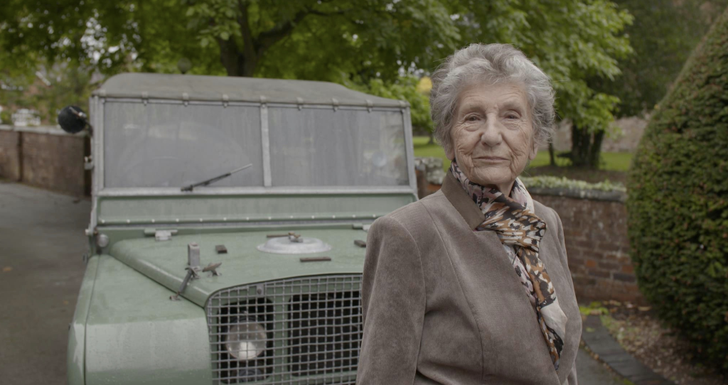 When she attended the 70th-anniversary party for Land Rover back in June, 87-year-old Dorothy Peters took along some photos of the day when she worked for the British automaker back when she was a teenager.

Among those who noticed her photos was Mike Bishop, engineering specialist and heritage expert for Land Rover Classic.

That connection was to the 16th Land Rover to roll off the assembly line. Peters poses next to the vehicle in one of her photos. As it turns out, Bishop now owns that very same vehicle.“Over the course of Land Rover Fest I was fortunate enough to talk to many enthusiasts and former employees,” he recalled. “When I was approached by a very charming lady with some pictures of her time at Solihull, I had no idea we would share a special connection.”

“Her enthusiasm for the company and this vehicle, in particular, was wonderful as was her surprise when she discovered I now owned the car,” he said. “I knew instantly we needed to reunite them.”

So, over the course of the ensuing months, Bishop and others at Land Rover worked with Peters’ daughter to create a surprise for her, a ride in No. 16 on the company’s off-road course.

Peters was only 15 when she went to work in the service department at the Lode Lane factory where the first Land Rovers were being produced.

“I couldn’t believe the reaction to my pictures at the Festival in Solihull,” Peters said. “I had no idea this one conversation would take me on a journey down memory lane and on the wonderful off-road track at Solihull. It all felt like a dream and I won’t ever forget it.”

Previous Story:
7 ways to simplify your subway commute in 2019

Next Story:
What you need to know about the 2019 mortgage market