In an ever-changing world where social media, video calls, and texting have become the norm, we all need to stay connected with our loved ones. …

Can you really remain anonymous on the internet? Yes, here’s how

We use Chrome as our browser and Google as our search engine, which means that everything we do online is tracked. That’s why, when we check …

In recent years, smart home living has expanded outside the home. It has become easier to set up and manage outdoor living thanks to the expansion …

A New Zealand grandma has found a way to be the change she wants to see in the world.   Sixty-three-year-old Rosemary Penwarden converted an …

Creating a smart home on any budget

Your first step in turning your home into a smart home is to buy a hub or a controller. This is the brains or control center which tells …

Here’s how to do a wine tasting with Amazon Echo

Use these with any of your Amazon Echo devices from an Echo Mini to an Echo Show to help you track the weather, be a better …

The best waterproof Bluetooth speakers for the shower, pool & beach

With the weather getting warmer and summer coming soon, it’s time to take your music outside and enjoy some tunes by the pool, at the beach …

Smart home tech that can actually lower your utility bills

As gas prices surge across the country, many Americans are looking for ways to save on energy costs, both in their cars and at home. Over …

Looking for post-Super Bowl TV deals? Here’s what you should know first

Buying a new TV can be a minefield. Acronyms are the order of the day, served up with a side of competing technologies and an extra …

Emergency bag essentials that can get you through almost anything

Whether you’re stuck in your car during a snowstorm, evacuating before a hurricane hits, fleeing a wildfire or dealing with another emergency, you’ll be safer and …

The year 2021 was weird for video games. It was full of delayed projects but also full of new announcements. It’s clear that the gaming industry …

23 gear goodies you must have for a winter road trip

Road trips can be one of the most rewarding and challenging experiences. However, there are many variables to consider when going on a road trip, from …

Love games? These apps let you earn while you play

Have you been trying to beat a new level on Candy Crush for hours on end? Are you working tirelessly at night to beat your best …

Microsoft concluded its E3 press conference in June with an unexpected hardware announcement. But instead of revealing a new console or accessory like a gamepad …

Gadgets that could help you survive the winter blues

While the winter blues can affect anyone, this winter may feel particularly long as people spend more time indoors. Still, staying active and productive can be …

These solar system facts may blow your mind

The origin of the solar system has been debated by scientists, theologians, and other grand high muckity-mucks since time immemorial. While there’s no pinpointing an exact … 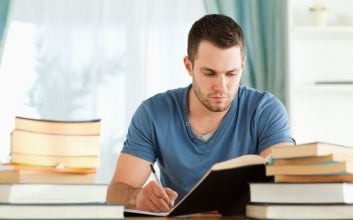 13 smart study gadgets that can help you ace that test

If you’re a college student, you’ve probably found it surprisingly difficult to study sometimes. This is especially true if the library and the coffee shop are …

Everything you need to know about 2-factor authentication

How to turn your hotel room into a smart home

Going on vacation and staying in a hotel might feel like a distant memory right now, but when things start to return to normal you’ll want …

A streaming stick or set-top box is the easiest way to bring on-demand service like Netflix, Hulu, Disney+ and Amazon Prime Video to a regular ‘dumb’ television, …

Trading stocks can help investors build wealth over time. But for investors interested in more advanced investment strategies, options trading might be worth looking into. When an investor …

When building a home theatre system, there are several elements to consider to get the best listening and viewing experience for your space.  Do you already …

Wearable technology has evolved massively over the last half-decade. In that time we have seen smartwatches running software by Apple and Google mature from simple devices …

You or someone you know has probably gotten an ad for something you were recently talking about. Seemingly seconds after saying you’re low on dog food …

It’s easy to compartmentalize the idea of digital privacy. “Whatever,” we may think. “No one is interested in my life.” Then we watch something like The Social …

Data & privacy breaches are accelerating. Here’s how to protect yourself

8 gadgets to help you beat the winter blues

While the winter blues can affect anyone, this winter may feel particularly long as people spend more time indoors. Still, staying active and productive can be …