Cities where rent plummeted during the pandemic 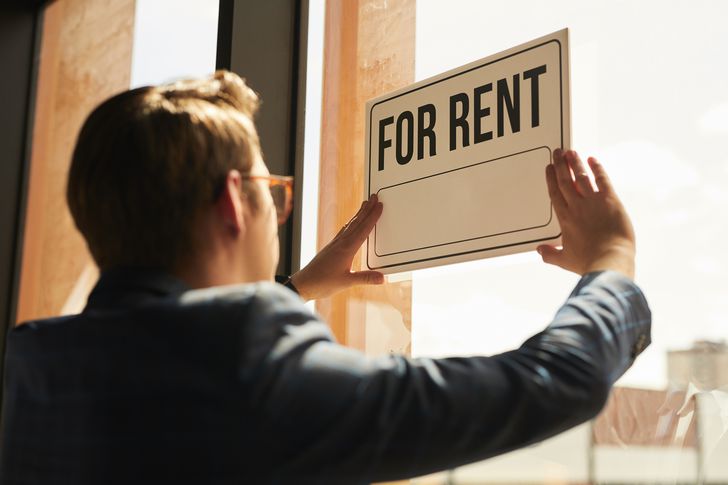 In a year where staying at home has never been more of a priority, real estate markets across the U.S. have seen major fluctuations in demand, with the pandemic only furthering the divide between homeowners and renters. Cities across the country are displaying diverse responses to the COVID-19 pandemic and the economic shutdown that followed. While some large cities are doing relatively well at keeping case numbers flat and investing in the revitalization of local businesses, it’s undeniable that city living has become markedly different.

After attractive city features like bars and entertainment venues began operating at limited capacity or closed altogether during the pandemic, many city residents across the U.S. decided to call it quits on urban dwelling. Residents with the financial means to buy houses have been leaving cities in droves, ratcheting up home sales in suburban and rural areas. These large-scale urban exoduses have in turn changed city rental landscapes. In some cities where finding and securing an affordable rental was not for the faint of heart, the tables have turned: Rentals are in need of residents, and with comparatively low demand, their prices are dropping.

The meaning of home has never been more clear than in the wake of a global pandemic. The coronavirus has not only affected the housing and rental landscapes, but the rollout of these ramifications will likely be seen for years to come. To understand where the U.S. has seen some of the most drastic effects of COVID-19 in their real estate markets, the research team at Insurify looked at nationwide rent data to identify the cities with the most significant decreases in rent costs over the pandemic.

The data science team at Insurify, a home insurance comparison site, studied Apartment List price estimates to identify the cities with the greatest pandemic rent declines. Apartment List is an online rental platform that releases monthly pricing data for rented units on both the state and city levels across the U.S.

To calculate the relative change in average rent prices for U.S. cities during the pandemic, Insurify’s data scientists took the relative percent change between the price of rent in March 2020 — when the first coronavirus shutdown occurred — and September 2020. Rent estimates for each city include studio and 1-4 bedroom units, so analysts took the average of the combined units’ relative percent changes to determine each city’s overall change over time. Apartment List provided the average cost of a 2-bedroom apartment in the U.S. as of September 2020 and the change in year-over-over prices. 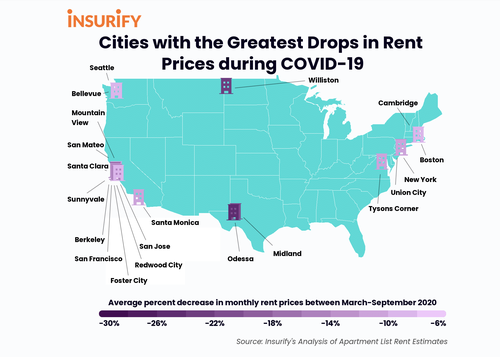 This article
originally appeared on Insurify.com and was
syndicated by MediaFeed.org.

Previous Story:
How to find the next 100x cryptocurrency (before everyone else) 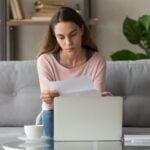 Next Story:
Can you get your Sallie Mae loans forgiven?

About the Author / Emily Leff