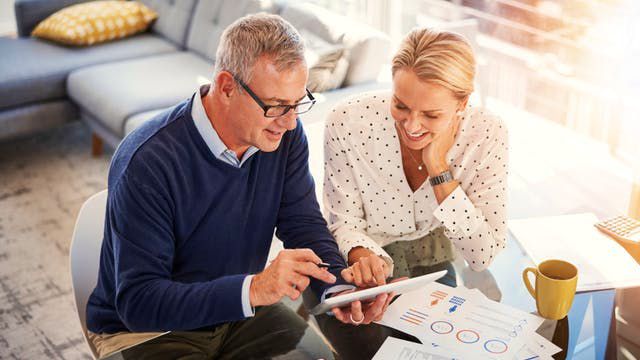 Retirees depend on Social Security to fund their post-work lives. But the program sits on shaky financial ground.

The Social Security Board of Trustees projects that the program’s trust fund reserves will run out by 2035, leaving only enough revenue to fund 80% of scheduled benefits. Social Security benefits rise every year based on inflation. These increases are known as Cost of Living Allowances. One proposal for filling the funding gap? Changing how inflation is measured.

The size of these increases was previously based on a measure of inflation called the Consumer Price Index, or CPI. Policymakers now hope to cut the cost of Social Security using a different measure developed in the early 2000s, known as chained CPI.

The main difference between the two is that chained CPI calculates inflation growth slower than traditional CPI. When applied to the cost of living allowances, chained CPI means slower-growing Social Security benefits.

How chained CPI is different

To explain what chained CPI is, it helps to explain what regular CPI is. Both are designed to measure inflation, or the phenomenon of prices (usually) going up.

Inflation disproportionately affects retirees because they don’t work anymore. They can’t ask their boss for a raise when their expenses rise due to inflation. (Here’s how to manage your money in retirement.)

CPI attempts to take all the price increases, for all the stuff people buy, and boil it down to one number describing how much more expensive it’s getting to be a consumer.

Regular CPI assumes that if prices go up, you end up spending more money. Chained CPI takes into account substitutions — the idea that if stuff gets more expensive, you buy other stuff instead. So if the price of milk goes up, you’d buy orange juice instead.

“The goal of chained CPI is to do a more sophisticated job of accounting for these substitutions,” said Andrew Eschtruth, a spokesman for the Center for Retirement Research at Boston College.

How would it affect Social Security?

Taken year over year, the difference between the two measures isn’t much. Chained CPI grows about 0.3% slower every year than regular CPI, according to projections from the Bureau of Labor Statistics.

That doesn’t sound significant, but like interest compounds every year, implementing chained CPI would lead to a significant benefit cut over time compared to the current measure. The CRR estimates the average monthly benefit would be 6.5% lower under chained CPI by the time a retiree reaches 85. On the one hand, this would cut a big chunk out of Social Security’s funding deficit. But it would also leave retirees with less money in their pockets.

Both traditional and chained CPI base their math on what workers in urban areas buy. That’s not the same as what a typical retiree buys. For example, health care is one of the biggest expenses you’ll face in retirement, and you can’t substitute it like milk.

Some argue that the government should use another measure of inflation called CPI-E, which is specifically designed to capture the consumption patterns of the elderly, Eschtruth said. But while chained CPI would make the Social Security program less expensive, CPI-E would grow cost of living expenses by almost 0.3% every year.

“If you were to do both of those things you could see that a substantial amount of the benefit to the federal budget of changing to a chained CPI would be offset by a switch to an elderly CPI,” Eschtruth said.

The government also started using chained CPI to make cost-of-living adjustments for something else that affects your money: tax brackets. Since President Donald Trump signed his 2017 tax law, the brackets have been indexed to chained CPI.

Now that the brackets are tied to a slower-growing measure of inflation, they’re not increasing as much, and it’s easier for people to land in a higher tax bracket and pay higher taxes. The change is expected to raise an additional $134 billion for the government through 2027.

One way to protect your income as a retiree? Life insurance. Learn about the best life insurance companies for seniors here.

The point is, these wonky government decisions can affect your financial plans. That’s why it’s a good idea to shore up your own retirement accounts as much as you can.

Try to max out your 401(k) contributions, or at least meet your employer’s match. If you’re over 50, you can pump an extra $19,000 into an employer-sponsored account each year.

Worried about health expenses in retirement? Consider using a health savings account, which allows for tax-free contributions, earnings and withdrawals for medical expenses. 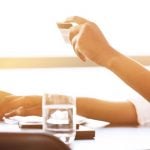 Next Story:
How long does debt settlement stay on your credit reports?