Here’s the real reason home prices are still so high

U.S. home prices have kept on climbing in the pandemic housing boom, leaving many potential buyers wondering how they can afford a place of their own in this red-hot market. After a period of stability in the years following the 2008 housing crash, the current development is a steep departure from the previous trend. 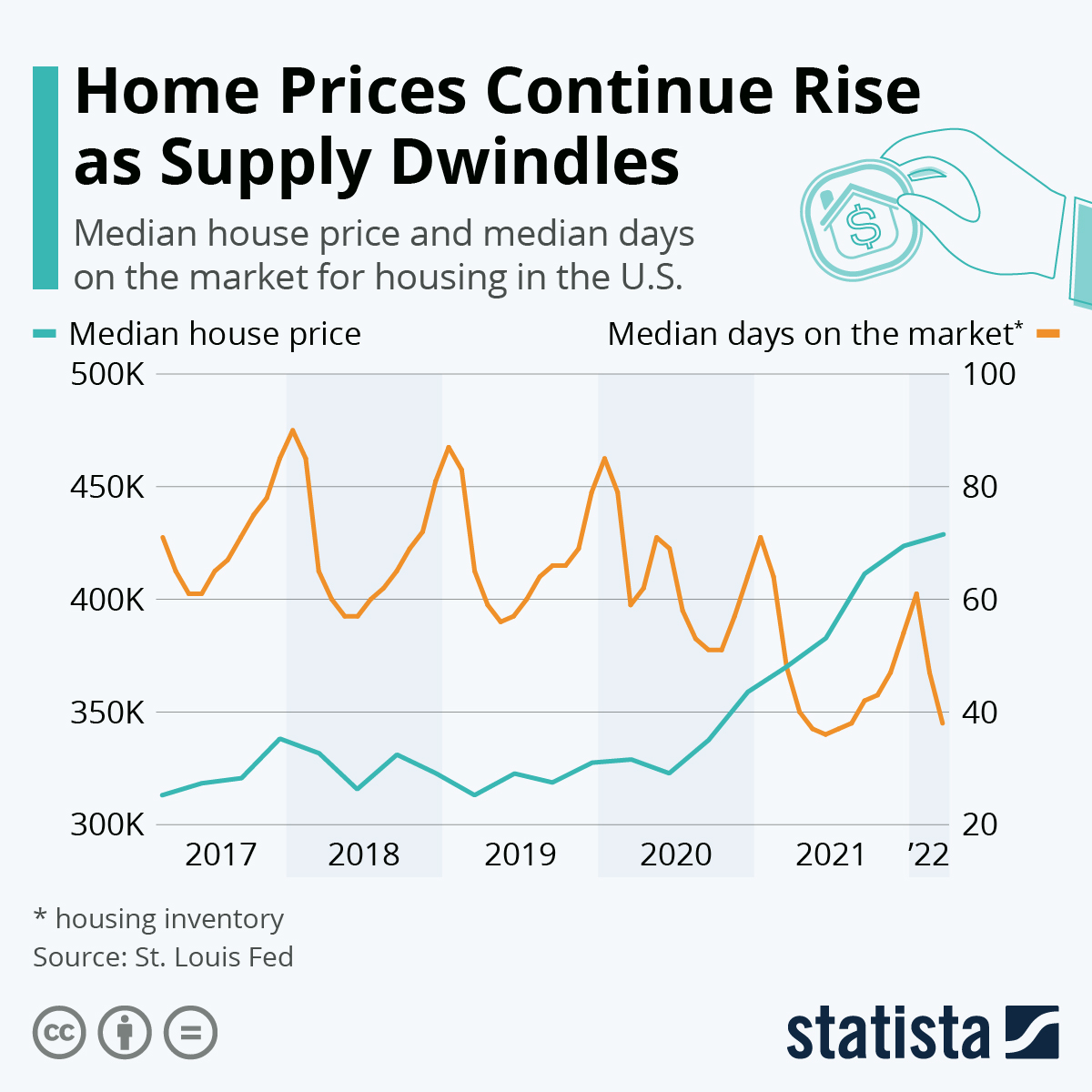 Because housing is in such high demand, buyers outnumber supply, causing prices to soar. Because housing now promises sizable returns, it is also attracting investors. They bought a record share of homes in the United States last year, putting further pressure on the market.

Housing demand in the U.S. used to follow a cyclical pattern, but this has been upset by the pandemic. Home sales typically heated up in the summer, when houses were sold faster, and cooled down in winter. In 2020, however, a home buying frenzy ensued in spring, when the availability of housing dipped, followed by another, longer dip of supply in the fall.

In 2021, the summer availability dip turned into a veritable trough lasting throughout most of the year. While house listings still peaked at the turn of the year in 2022, houses remained on the market at their supply peak about as long as they would have in a hot summer market in in 2017, ’18 or ’19.

According to Marketwatch, the pandemic housing market actually collided with other, longer-term developments that were already putting pressure on U.S. home supply. Mortgage rates that are once again rising are causing Americans to stay put rather than move. Also, homeowners are older now than they used to be, but are more likely to “age in place” instead of downgrading, snowbirding or moving into retirement communities.

The average time between moves had already reached a high of 13.5 years in 2020, increasing from just around ten years in 2012. This number only started to decrease again with the onset of the pandemic – which caused the great reshuffle in the housing market that is now also coming at a great cost for buyers.

States where mortgage rates are rising most

Previous Story:
Is inflation about to cool off?
Next Story:
5 steps to fraud-proof your finances