Here’s why your morning oatmeal can affect your cholesterol levels

We’re told that eating foods like oatmeal, which contains soluble fiber, can help lower cholesterol. My understanding is that this works because the fiber binds to the cholesterol in your food, preventing its absorption.

But we’re also told that the amount of cholesterol in your food doesn’t make much difference because, if you get more in your diet, your body just produces less.

This is a great question but one that requires a bit of a deep dive to answer. But if this is not the place for deep dives into nutrition nerd-dom, I don’t know where is!

And Dan’s absolutely right: The liver will ramp its production of cholesterol up or down in response to your dietary intake. Take in more cholesterol through food and the liver will make less, and vice versa. (Cholesterol production in the small intestine is not affected by that feedback loop, however.)

If you’re looking for a dietary culprit for high blood cholesterol levels, look to saturated fat and refined carbohydrates, not cholesterol. Eggs and shrimp, which are both high in cholesterol, are virtually carb-free and relatively low in saturated fat.

According to the National Lipid Association:

“Soluble fiber can bind cholesterol in the intestine and remove it from the body. Eating 5 to 10 grams of soluble fiber a day can help lower total and LDL-cholesterol by 5 to 11 points, and sometimes more.”

You might imagine that when you eat eggs and oatmeal for breakfast, the soluble fiber in the oatmeal attaches to the cholesterol in the eggs and escorts it out of your body. And because you didn’t absorb the cholesterol from the eggs, the liver will compensate by making more, and the two effects will cancel each other out.

But the cholesterol that the fiber is binding to and removing from your body is not necessarily from foods that you eat. And this may explain the apparent paradox.

A lot of the cholesterol that your liver makes is used in the production of bile acid, which is released into the small intestine to help your body digest and absorb fat. In fact, your body converts about 500 mg of cholesterol a day to produce bile acids. That’s almost twice as much as most people take in through food, which is why the liver has the ability to produce more.

Most of the bile acids that are secreted into the small intestine get reabsorbed into the bloodstream as they pass through the ileum, which is the last stretch of small intestine that food goes through before entering the large intestine. At that point, the only things that get absorbed back into the body are water and electrolytes. Everything else gets eliminated as waste.

But soluble fiber binds to bile. So instead of those bile acids being reabsorbed and recycled, they are eliminated. That means the liver has to produce more bile to replace what is lost. Your liver then pulls more cholesterol out of your blood in order to make more bile acids—and that’s the primary mechanism by which soluble fiber reduces blood cholesterol levels.

Adding soluble fiber to your diet will have a bigger impact on your blood cholesterol than reducing the amount of cholesterol in your food. Studies show that this is true both for people with and without high cholesterol.

It’s also true for people who are also taking statin drugs because statins reduce cholesterol through a completely different mechanism. Cholesterol is produced via a long chain of bio-chemical reactions known as the mevalonate pathway. Statins block the very first reaction in this pathway, which effectively shuts down the rest of the pathway. This decreases the amount of cholesterol that the liver can produce, thereby lowering blood cholesterol levels.

The link between high cholesterol and heart disease

But does lowering blood cholesterol really reduce the risk of heart disease? Some research suggests that the link between high cholesterol and heart disease is not nearly as straightforward as we have been led to believe. Although high levels of cholesterol (especially LDL cholesterol) are associated with an increased risk of heart attack, the majority of heart attack victims have normal cholesterol. And while the use of statin drugs does appear to reduce mortality, there may be other factors at work. In addition to reducing cholesterol levels, for example, statins also reduce inflammation—which is another risk factor for heart disease.

The decision to prescribe a statin drug should ideally be based on more than just one’s LDL cholesterol levels.  The amount, type, and ratios of other blood fats, age, sex, personal and familial health history and other risk factors should all be taken into consideration.

But whether or not your doctor feels that a cholesterol-lowering medication is right for you, eating soluble fiber offers a variety of benefits. In addition to lowering your cholesterol, they can also help modulate appetite and help with weight management, as well as promote the growth of beneficial bacteria in your gut.  You can get soluble fiber in oatmeal and oat bran as well as apples, pears, plums, barley, chicory root, Jerusalem artichokes, mushrooms and garlic. Fiber supplements made from psyllium husk (Metamucil) or wheat dextrin (Benefiber) are also good sources.

This article originally appeared on Quick and Dirty Tips and was syndicated by MediaFeed.

Boomer holiday treats that need to be revived

Boomer holiday treats that need to be revived 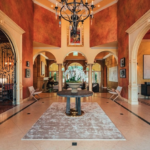 Previous Story:
Step inside rocker Nikki Sixx’s former mansion
Next Story:
10 things you may not know about how debt is handled during divorce

About the Author / Monica Reinagel