How COVID-19 has changed American’s savings

A heavy consumer focus on savings has never been more important with the economic volatility brought on by the coronavirus pandemic.

MagnifyMoney researchers examined savings and retirement data from before and after the coronavirus crisis began to provide a fuller picture. This can help evaluate how the pandemic has altered consumer savings in U.S. households. Here’s what we discovered.

Here are the average and median household account balances, as of 2019, for bank and retirement accounts, as well as certificates of deposit: 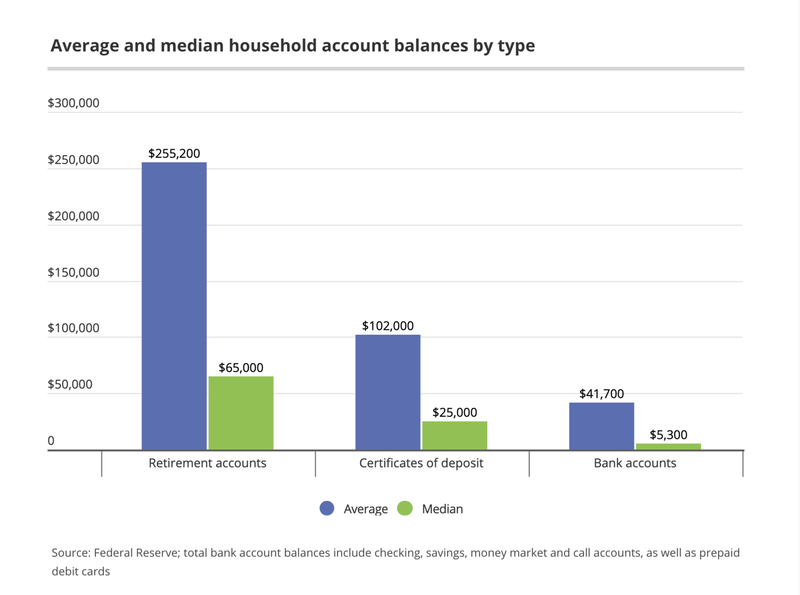 Bank accounts, as defined by the Federal Reserve, include:

But not all households have various types of accounts: 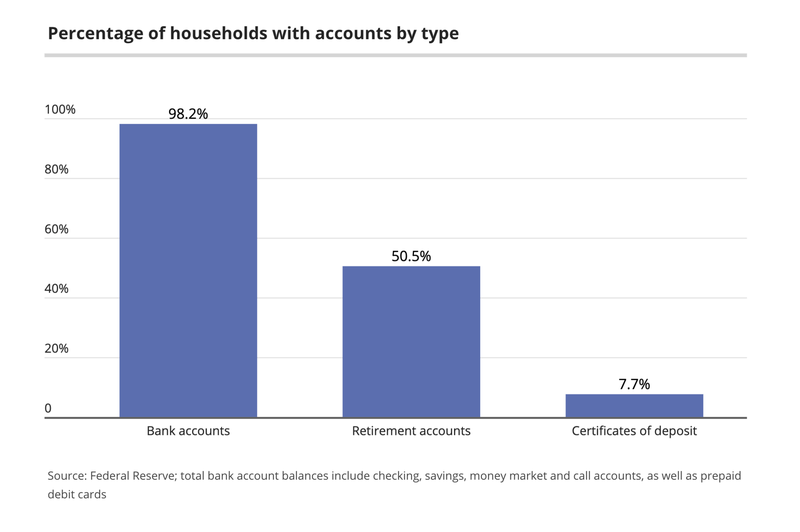 As shown, 98.2% of households have at least one of these types of bank accounts. Here are details on the various accounts, comparing 2019 to 2016:

Americans saved 33.6% of their income as unemployment surged

The coronavirus crisis created a volatile job market as the national unemployment rate rose to a record 14.7% in April — an increase of more than 10 percentage points from March.

As a result, monthly unemployment insurance benefits exponentially increased to $18.3 billion in April, up from $3.9 billion in March.

During the same period, the personal savings rates increased from 12.9% to 33.6%, which can point to consumers using unemployment and economic impact payments to supplement their savings accounts. 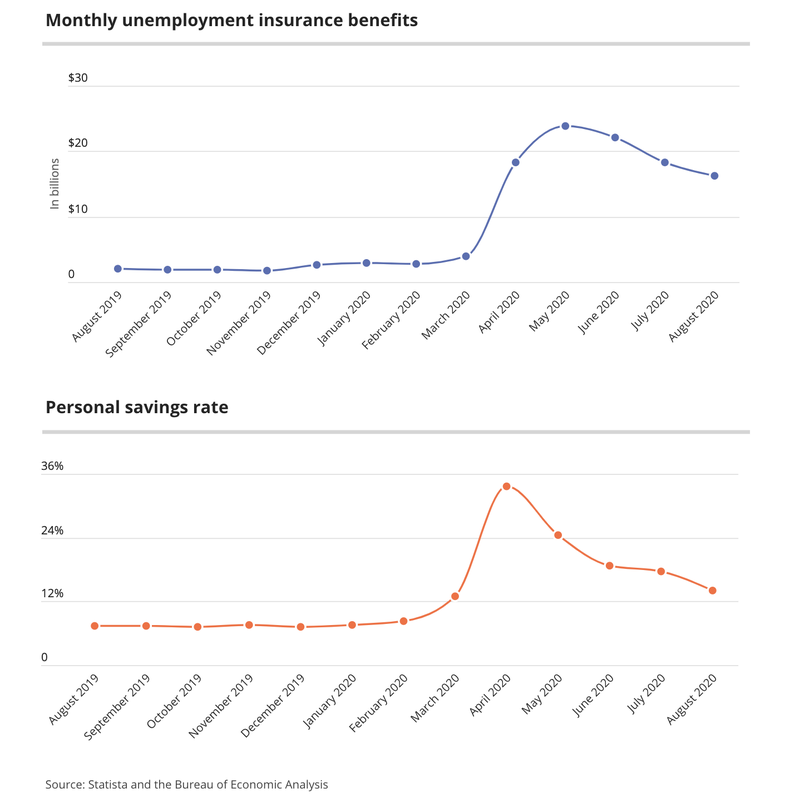 Monthly unemployment insurance benefits spiked to $23.8 billion in May before dropping to $16.2 billion in August. And the personal savings rate — which was 14.1% in August — has dropped monthly since April.

How much consumers believe they should have in emergency savings

According to a September 2020 survey conducted by the Consumer Financial Protection Bureau, more than half of consumers feel unprepared with little emergency savings.

“A high percentage of consumers don’t have the emergency savings that they think they need, which is even the case for those with incomes of up to $70,000,” said Ken Tumin, founder of DepositAccounts. “This shows that it takes more than just higher income to be financially prepared for unexpected problems.”

Nearly one in two (46%) households have faced serious financial problems amid the coronavirus pandemic, according to a September survey from NPR, the Robert Wood Johnson Foundation and the Harvard T.H. Chan School of Public Health. Those issues ranged from depleting savings to challenges paying rent to trouble affording medical care.

Looking at the four largest U.S. cities, Houston had the highest percentage of households where respondents had to use most or all of their savings, at 41%. Houston was followed by:

These compare to the national average of 31%. 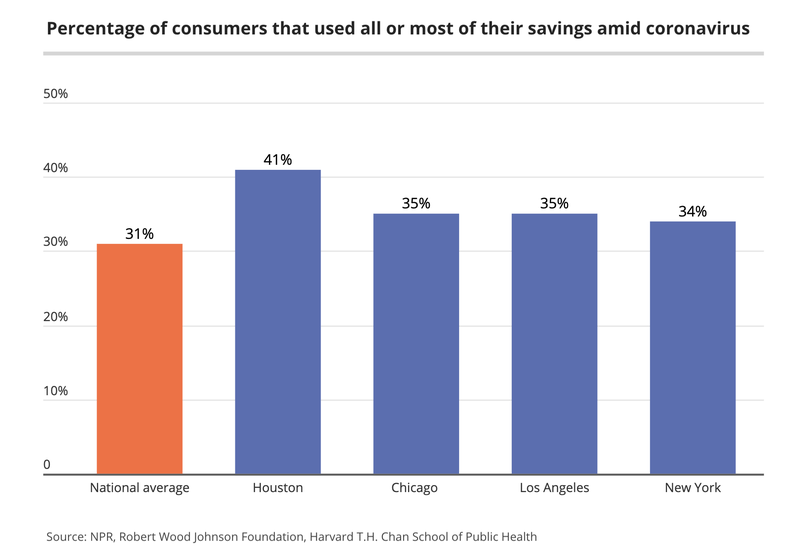 Large cities have generally faced longer and more severe shutdown measures, which have resulted in higher unemployment rates. This may explain why large cities have a higher percentage of households that have used all or most of their savings amid the coronavirus crisis.

“Emergency savings can help families weather periods of unemployment, but as shutdown measures continue, prolonged unemployment may drain even well-funded emergency savings,” Tumin said. “Since there remains considerable uncertainty in the nation’s economic future, consumers should make it a priority to fund their emergency savings to cover at least six months of living expenses.”

Here’s a closer look at how customers at banks are allocating their deposits. The amount of savings in commercial banks has grown by a little more than $7 trillion since the start of 2009. 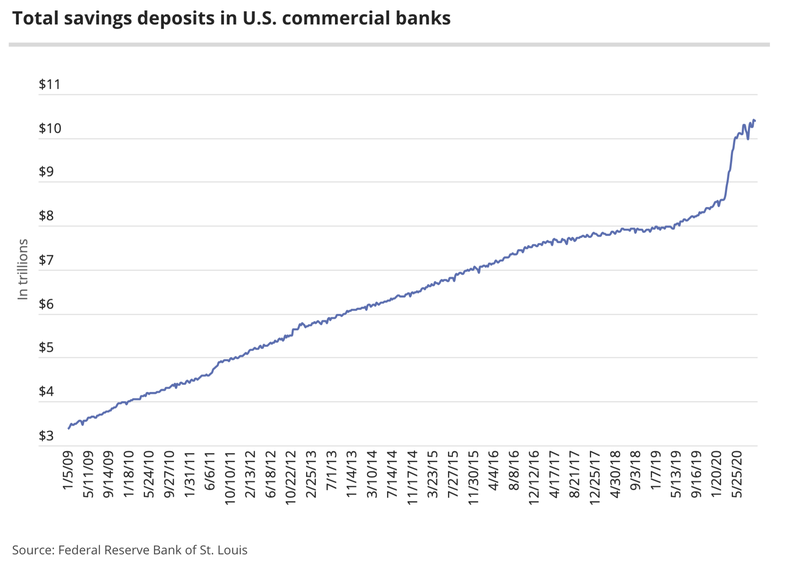 The pandemic has generated substantial growth in checking deposits over CDs, indicating that consumers value more flexibility and access to their accounts during this volatile period. 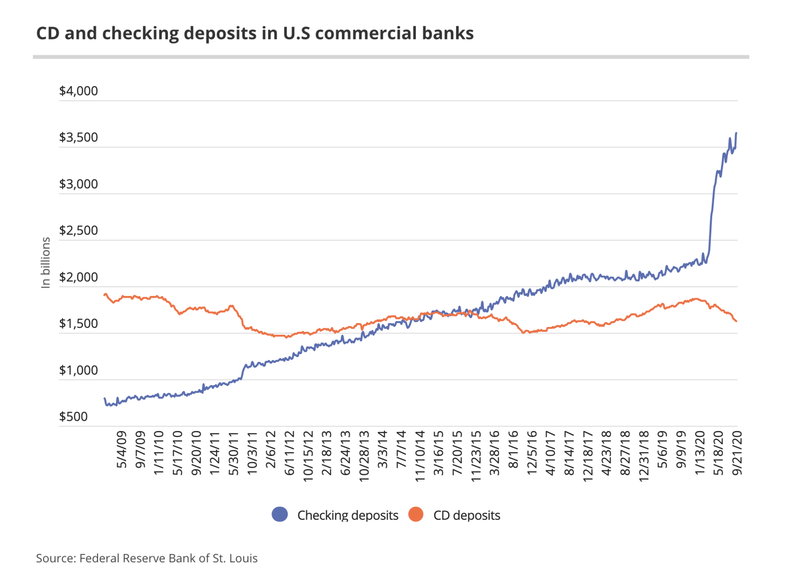 CD popularity continues to decrease due to steadily declining yields

The popularity of CDs has waned as banks pay relatively low APYs, even for longer CD maturities. 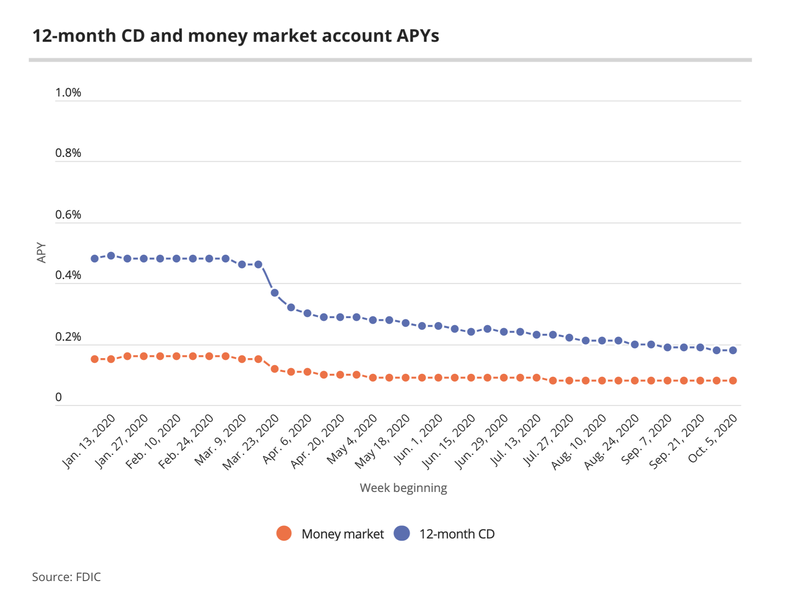 Mid-March saw the largest yield decreases across 12-month, 24-month and 36-month CDs, which aligns with the decreases in deposits shown previously. 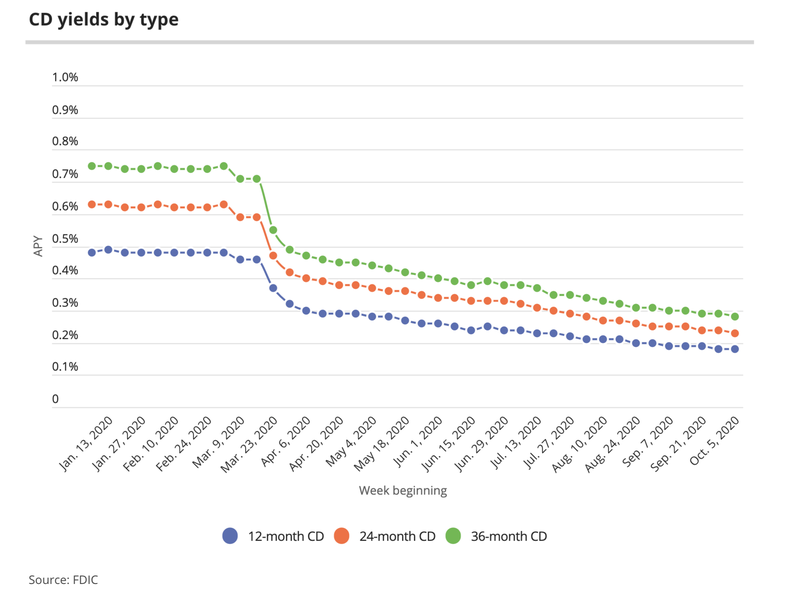 In the first quarter of 2020 — the latest available data — savings increased in the much smaller credit union universe, while CD deposits remained steady. 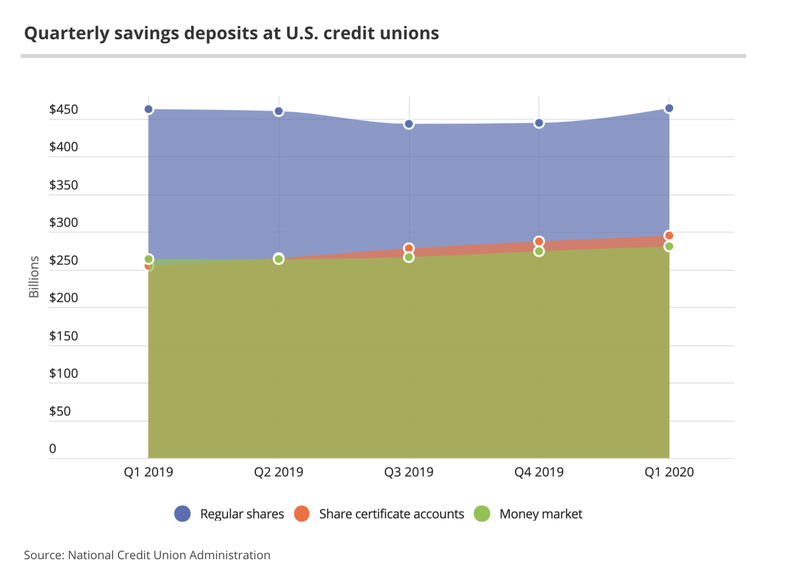 While there are multiple explanations for the steady share of CDs at credit unions — such as the institutions’ nonprofit statuses, with members as shareholders — one apparent reason is the competitive rates they offer customers relative to banks. 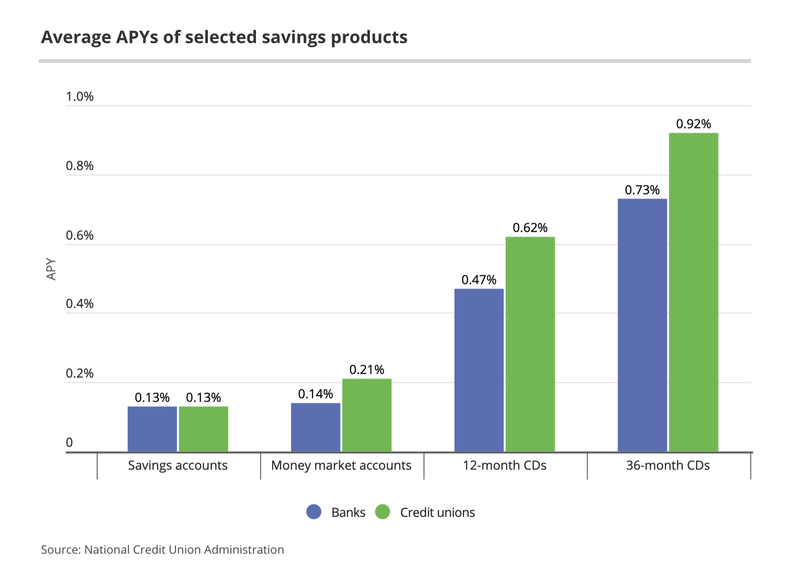 Previous Story:
40 places you need to see before turning 40
Next Story:
What is corporate social responsibility?

About the Author / Mark Kiczalis