How to get rid of your debt for good 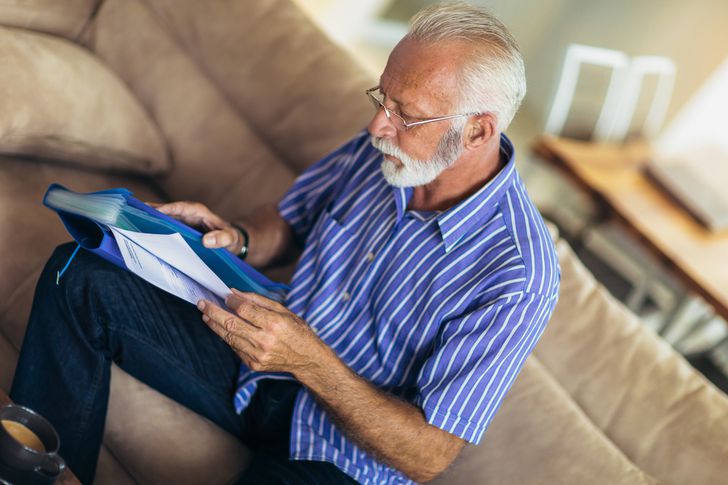 Americans have debt, and lots of it. Consumer debt has been growing for years. Last year, the figure approached a staggering $14 trillion. A lot of that debt is coming from mortgages, but student loans, car loans, credit cards and personal also are included in the mix.

There is good news, though. For one thing, debt isn’t necessarily a bad thing. More mortgage debt means more people are buying homes, for example. But even if your debt feels bad or is out of control, it may not be as dire as it seems. No matter what type of debt you have — credit card debt, student loan debt or even medical debt — there are strategies for coming out the other side debt-free.

The first step if you’re going to get rid of your debt for good is to have an accurate picture of that debt. Gather your paperwork and figure out the exact numbers. Knowing what you owe and who you owe it to can make you feel more in control and is the first step in taking action.

Beyond just bill statements, you will probably want to find your credit reports and credit score. This information can help you get a more accurate picture of your current situation and how much work you have ahead of you.

You can get your credit report here for free. And the three credit reporting bureaus – Equifax, Experian and TransUnion – are now required to provide this information for free every 12 months.

Once you know exactly what you’re facing, it’s time to make a budget by balancing your income and debt.

This might be a painful process, but it’s absolutely essential. A realistic budget is a game plan that you’ll follow every month to move consistently toward your goal of paying off your debt. Look at where you can cut luxuries: Are you dining out a lot, enjoying expensive entertainment like concerts or trips, buying new electronics you could do without? It’s worth looking at the big things you can cut back on before you start eating Ramen every day. It’s important to keep in mind, though, that you don’t need to completely deprive yourself. There’s no point in creating a budget so strict that you can’t stick to it. It’s almost always smarter to employ a practical strategy that may take a few months longer but still accomplishes your goal.

Pay more than the minimum

You’re never going to pay off credit card debt by making the minimum payment, so it’s important to figure out in your budget where you can find some wiggle room to add a little more to your monthly payments.

Just keep in mind that any balance you carry forward from one month to another on a credit card accrues interest. The longer you take to pay that balance down, the more interest you’re paying. This is where prioritizing how you pay off your debt comes in handy.

Use the debt snowball method

The debt snowball method is a strategy for addressing debt in which you pay off your smallest debt first and work up to the largest debt. It can be an amazingly effective way of paying off your debts, and can have the added bonus of giving you a sense of accomplishment along the way.

Here’s how it works: Let’s say you have three credit cards with balances. You make the minimum payments on the two with the higher balances, focusing as much of your income as you can on paying off the smallest balance. As soon as you hit a zero balance, you move to the second lowest balance … and so on, and so on. Of course, it’s important to not continue racking up balances on these cards while you’re trying to pay them off.

Focusing on your lowest balances first may seem counterintuitive, but there’s some psychology behind why it can be so effective. Harvard Business Review conducted experiments where they compared the snowball method with other means of paying off debt. They found, “To the extent that a consumer’s debt accounts have similar interest rates, he or she should concentrate repayments first on the cards or accounts with the smallest debts, paying off those first.”

Why? Because that zero balance can be incredibly encouraging. The study further advised against pooling debts into a single, large one “as this can actually be demotivating.”

It’s easy to get tunnel vision when dealing with debt, but it’s important to spare a thought for the bigger picture as you focus on becoming debt free.

If possible, keep contributing to retirement accounts and emergency funds while paying off debt. A common mistake people make when addressing debt is putting all of their money only toward their debt. This could leave you, eventually, debt free but significantly hamper long-term financial goals.

Instead, during your budgeting process, try to set aside some money for retirement or emergencies. This shouldn’t be viewed as a luxury so much as it is paying your future self.

Digging out of debt is possible

Getting rid of your debt for good won’t be easy, but it is possible. It can be discouraging looking at the day-to-day reality of living with debt, but there is a light at the end of the tunnel. Keep your goals in mind, make a realistic budget and remember the bigger picture. 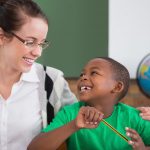 Previous Story:
Here’s how much new teachers make in every state 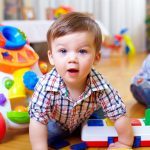 Next Story:
15 of the best selling kids’ electronics on Amazon

About the Author / Michelle McGuinness