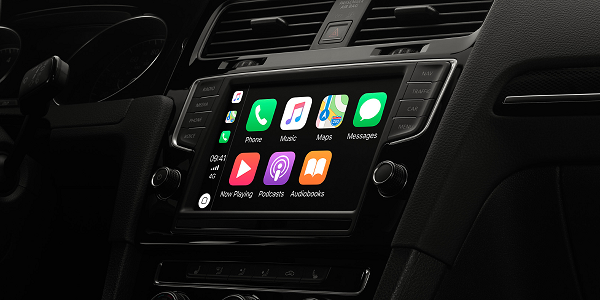 CarPlay is Apple’s answer to the car infotainment system. Run by your iPhone, CarPlay replaces the navigation, media, phone, and messaging controls of your car with those of iOS — and even includes Siri.

CarPlay also works with the touchscreen, buttons, knobs, and dials of your car, making navigation as intuitive as it is on your iPhone and your car’s own system. But while CarPlay is mostly advertised as an option on a new car, there are multiple ways to bring CarPlay to your older vehicle by using after-market options.

The head units, or a deck, that are featured here all include Bluetooth. That means you can stream music to them from another device, and make and receive hands-free calls. However, to run CarPlay, all of them require that you connect your iPhone to a USB cable. Wireless CarPlay does exist — but so far only the latest BMW 5-Series offers this feature.

Also, it is worth noting that Google is rolling out Google Assistant to cars with Android Auto. With a bit of luck, this will include third-party head units too, so you’ll be able to tell the Assistant to turn the lights and heating on when you drive onto your street.

Here is everything you need to know about adding CarPlay to your car, and some of the best options available to buy right now. 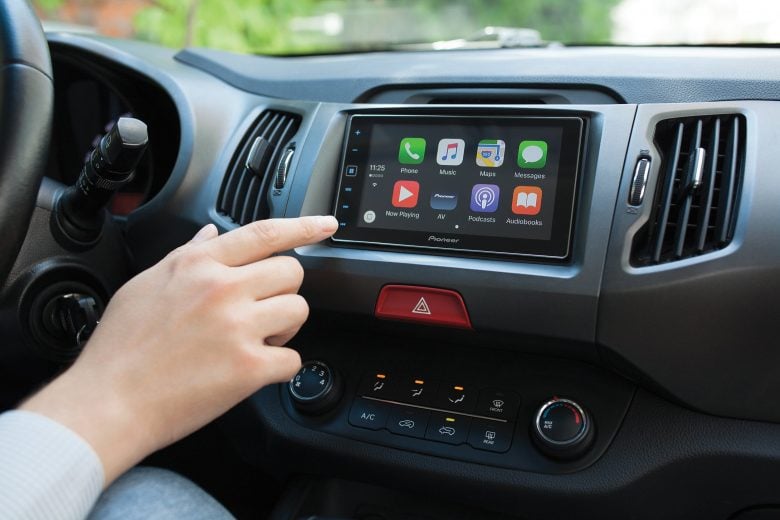 DIN stands for the German phrase Dietch Industri Normen, and refers to a standard size of stereo the country’s car makers began installing in the 1980s. In other words, DIN refers to a stereo — also known as a head unit — measuring two inches by eight inches. This is the size of a single DIN unit, while a double DIN is the same width, but is four inches deep instead of two.

Obviously, such simplicity harks back to a time when car interiors and dashboards were simpler and more slab-sided than they are today. This design may not win many design awards. But it means older vehicles with poor stereos can be upgraded to the latest Silicon Valley has to offer.

Apple CarPlay systems — which in most cases come with Android Auto too — tend to be double-DIN sized. However some single-DIN systems exist where the display slides out of where a CD slot would be and flips upwards.

A quick warning: Car head unit makers are really terrible at naming their products, so you’ll have to forgive us for repeating their meaningless, alphabet soup-inspired titles. 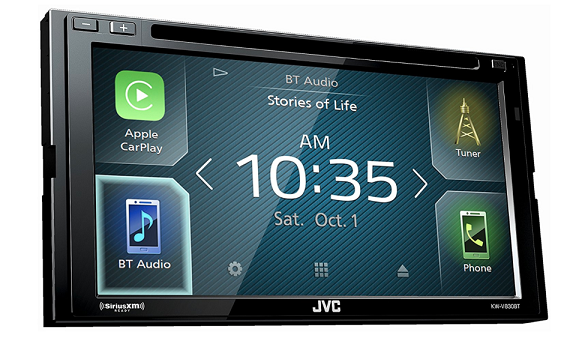 See what we mean about the names? Anyway, this double DIN unit by JVC currently costs $429.99 — down from its $600 retail price — and features a large 6.8-inch touchscreen, satellite radio, Bluetooth, Apple CarPlay, and Android Auto.

There’s also an AM/FM radio tuner, a 3.5mm auxiliary input, and a USB port for connecting different media devices. Above the display there is a slot for CDs and DVDs. 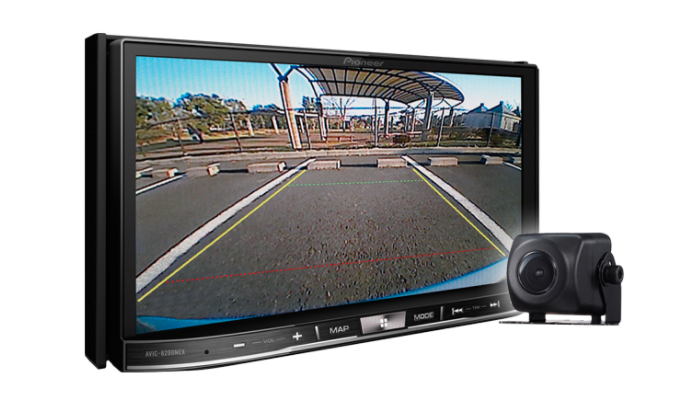 Yes, this Pioneer double-DIN is much more expensive than most of its rivals, but hear us out. Not only does it have a seven-inch touchscreen, CarPlay, Android Auto, satellite radio, and Bluetooth, it also comes with a rear-reversing camera.

You will likely need to hire a professional to install the camera, but it’ll make your car feel like it just left the dealership. Like a modern car, the camera overlays lines on its video feed to help you park neatly in the bay or against the curb. This unit also come with its own satellite-navigation system if you don’t want to use Apple Maps. 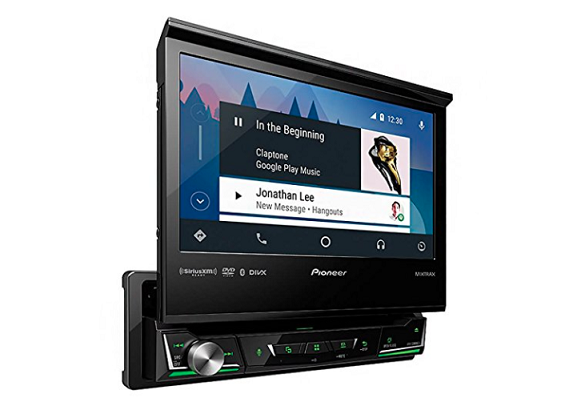 This single-DIN unit from Pioneer is a more compact head unit with a seven-inch touchscreen which flips out. There’s Apple CarPlay and Android Auto support, as well as Bluetooth for streaming music to your stereo from another device. The user interface is customizable, and there’s a disc slot for CDs and DVDs, plus satellite radio, and a USB port. 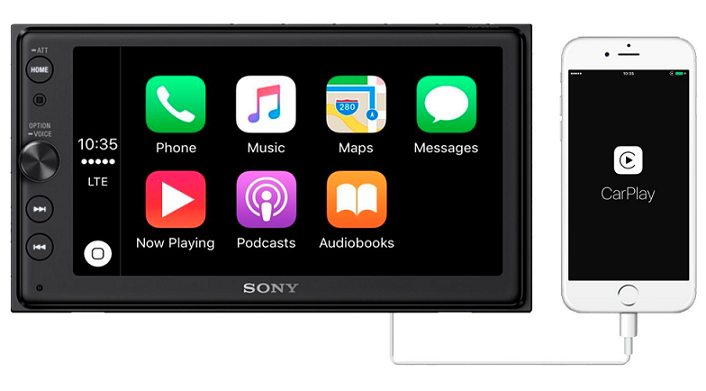 Back to the double-DIN setup and this 6.4-inch Sony head unit. It may offer a little less screen real estate than its rivals, but it can send more power to your car’s speakers. It offers both CarPlay and Android Auto, and has a Bluetooth connection for streaming and phone calls. However, as with all of the head units featured in this article, your smartphone must be connected to the USB port to run CarPlay.

Although a camera isn’t included in the box, this Sony unit can be connected to a third-party reversing camera if you already have one installed (or are looking to buy one in the future). 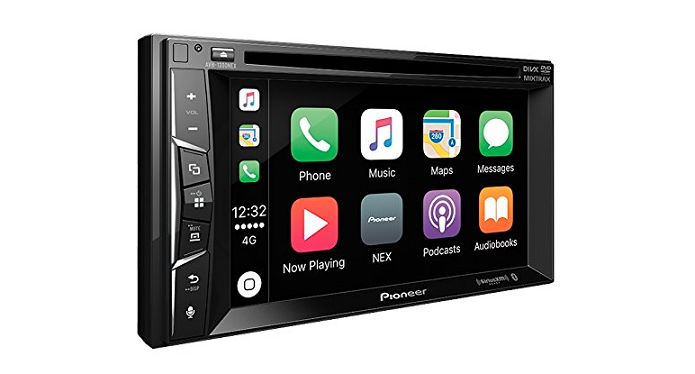 This Pioneer is the cheapest CarPlay head unit we could find, yet it has a solid four-star rating on Amazon. The double-DIN unit has a 6.2-inch display, and, although it supports Apple CarPlay, Android Auto is not available.

However, there is a Bluetooth connection, plus Spotify and Pandora compatibility, and a slot for CDs and DVDs. 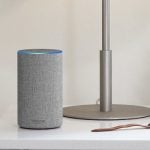 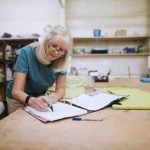