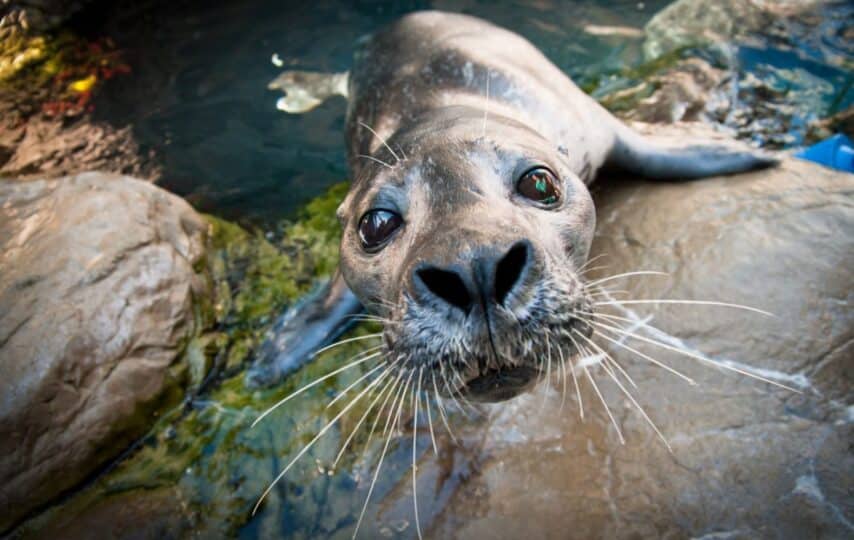 Animals are amazing. Just when it seems we’ve mapped out and understood the range of their abilities, they surprise us. Such is the case with an orphaned harbor seal named Hoover.

In the spring of 1971, a fisherman named George Swallow found one very sad and lonely baby harbor seal as he walked along the beach. Swallow searched for the pup’s mother, but sadly, he found her lifeless body among the rocks. He knew that someone had to care for the pup or it would not survive. So, he did the very best thing he could do. He wrapped the baby seal up and took him home.

Though there were some bumps at first, the baby thrived, living in a pond in the Swallow’s backyard and sucking up all the food he was offered like a little fuzzy vacuum cleaner. And thus, he was named Hoover.

Hoover and Swallow became great friends. Swallow talked to the young seal constantly, but there was a problem: Hoover was growing, and fast. The Swallows knew Hoover needed a more suitable home, so they contacted the New England Aquarium. The aquarium agreed to take Hoover, but they were in for a surprise.

You see, Hoover had begun to mimic the sounds he heard every day, and the best sound he heard each day was the voice of his friend, George Swallow. Hoover had, unbelievably, mastered the sound of Swallow’s voice down to his thick New England accent, and Hoover “spoke” several phrases in what sounded like George’s voice.

Fortunately, Hoover’s unique ability was captured on film. So, I present to you, in all his chatty glory, Hoover, the Amazing Talking Seal.

Previous Story:
Love beer but want to cut back on booze? Try these tasty brews
Next Story:
8 budgeting mistakes to avoid in 2022