Nearly half of homeowners don’t know what their insurance covers. Do you? 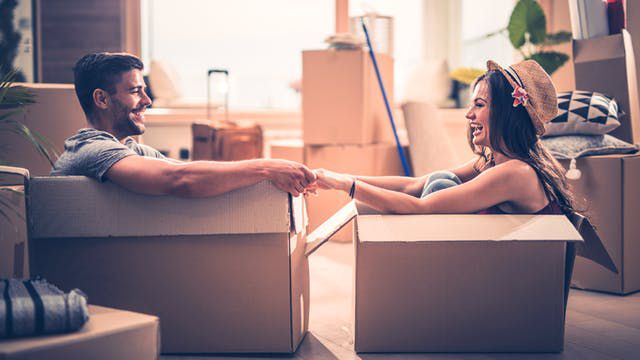 While 85 percent of homeowners in the U.S. have home insurance, ValuePenguin’s survey of 2,000 homeowners found that just half know what their home insurance policies cover. Even fewer compared prices when shopping for coverage, just 1 in 10, and 34% believe their policies cover flooding, though that’s not typically the case. This research indicates many homeowners could be overpaying for insurance and inadequately covered.

Another concerning finding: Less than 40% of homeowners have a home-monitoring system in place, such as a burglar alarm, fire alarm or water sensor. Not only do these systems make homeowners eligible for insurance discounts, but it’s financially risky not to have them in place. Fire and water damage are among the costliest incidents for homeowners, together making up more than one-third of homeowners insurance claims costs.

18% of homeowners have never reviewed their insurance

Our survey of homeowners found that 47% are unsure of what their home insurance covers. However, this is unsurprising, as one-third of these respondents also said they’ve never reviewed their policies. In contrast, 71% of homeowners who review their insurance coverage annually are confident in their understanding of which perils are covered. 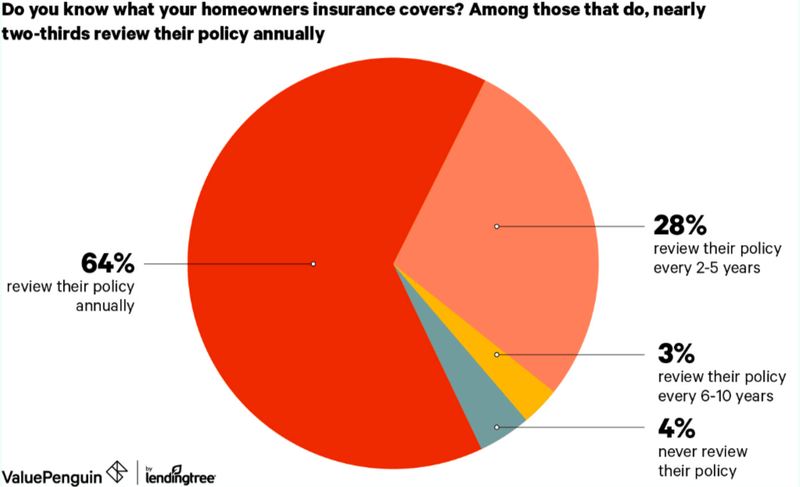 Most homeowners don’t comparison-shop for insurance

Based on our analysis, homeowners are 78% more likely to choose their insurance policy based on a recommendation than they are to comparison shop, either through working with an independent insurance agent or comparing quotes online.Home insurance rates can vary significantly between insurers. In Florida, for instance, the average cost of a policy varies by more than $1,500 between the cheapest and the most expensive insurers for nearly identical coverage. And the best-priced insurer will frequently change based on regional risks, how your home is built and whether you have other policies with the company, such as car insurance. Therefore, we recommend homeowners always compare quotes using their own details before purchasing coverage.

Most homes don’t have a monitoring system installed 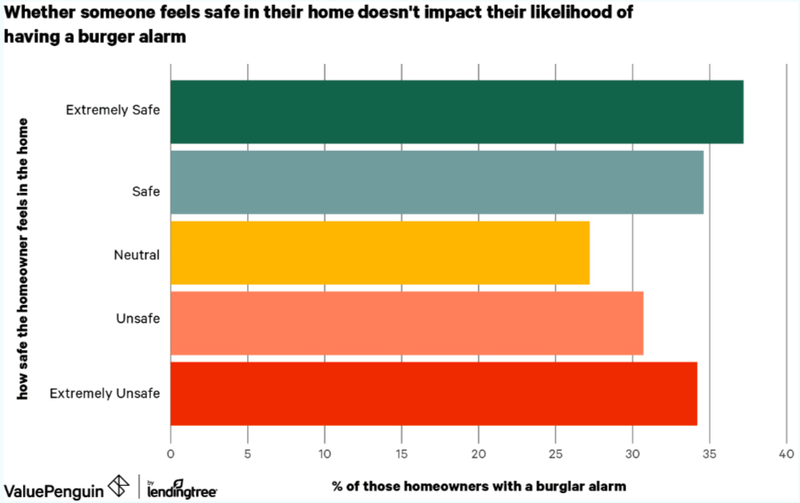 More than 60% of homeowners do not have a home-monitoring system in place. And we were surprised to find that whether someone feels safe in their home doesn’t impact their likelihood of having a burglar alarm.The most common types of home-monitoring systems among homeowners were central burglar alarms (59%) and central smoke/fire alarms (58%). However, tech-friendly inventions are on the rise, as 53% have a smart security or water-shutoff device.

Given homeowners primarily acquire monitoring systems to protect their property and get lower insurance rates, it’s logical that central alarms are the primary monitoring systems installed. These provide a direct link to local protective services, in case a home is on fire or broken into, and reduce response times and potential damage or losses. But these systems also tend to yield larger homeowners insurance discounts.

Why do people acquire home-monitoring systems?

ValuePenguin by LendingTree commissioned Qualtrics to conduct an online survey of 2,000 American homeowners, 1,849 of who had homeowners insurance. The survey was fielded March 22-27, 2019. 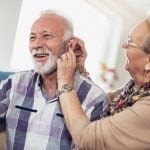 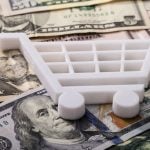 Next Story:
Love a discount? Here’s how to save at 20 popular stores

About the Author / Maxime Croll