New US homes come at a new record-high price

New single-family homes built and sold in the U.S. are growing increasingly pricey. While in 2002, the average price of such a home was $228,700, that had increased to $391,900 in 2020. Meanwhile, consumer prices for city dweller rose by 42 percent in the same time frame, making the average 2020 home $67,000 pricier than its 2002 counterpart after adjusting for inflation. 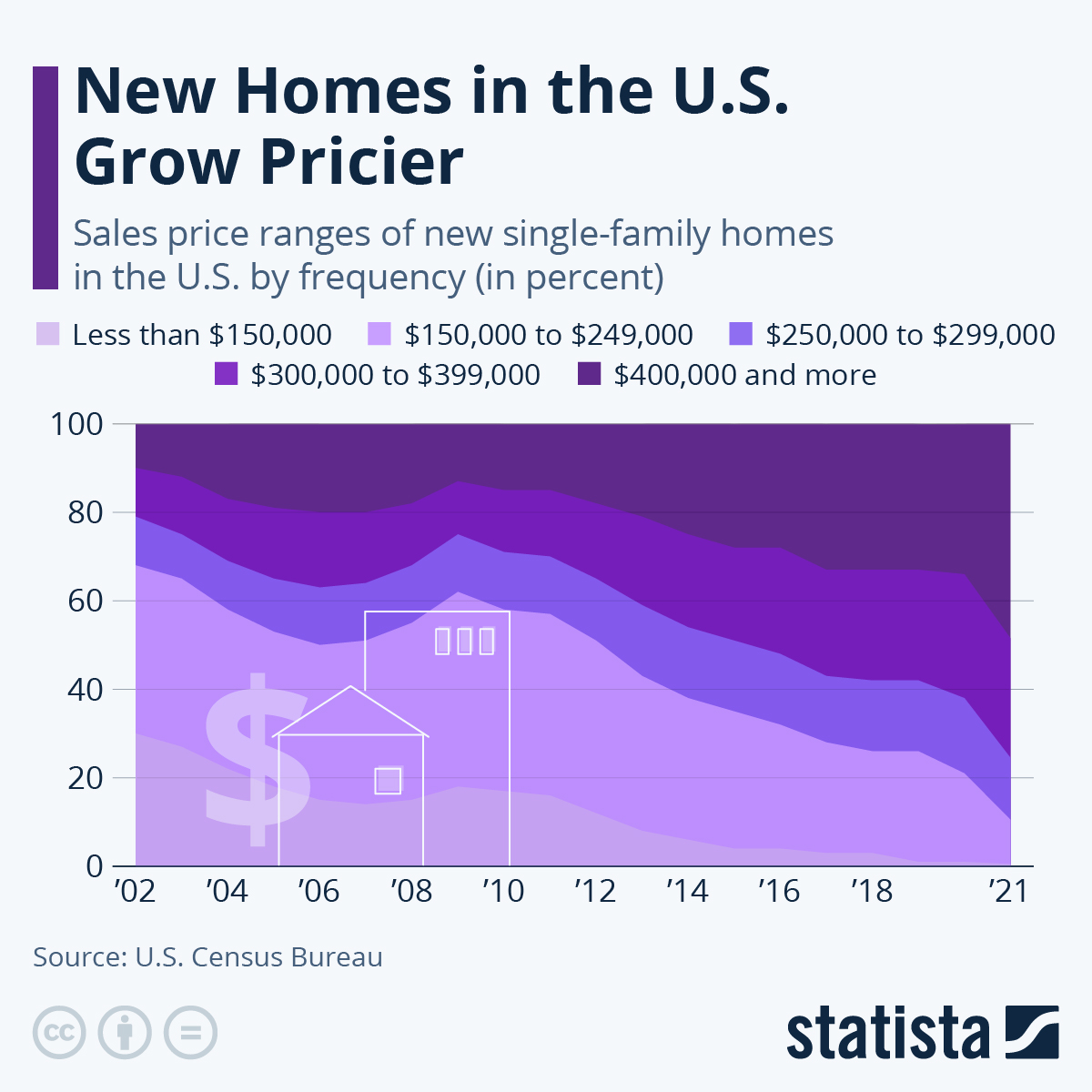 The segment of expensive houses costing more than $400,000 each accounted for only 9 percent of new homes sold in the U.S. in 2002. In 2020, the segment had grown to 34 percent. The share of houses costing less than $150,000 decreased during this time from 30 percent to just 1 percent, according to the Census Bureau.

The financial crisis and the U.S. housing bubble saw the number of affordable new homes in the U.S. rise again in 2008 and 2009, but only momentarily. Buyers have been shelling out more over the years for the same standard houses, but at the same time, the average new house has also grown larger and more luxurious with more space and more amenities translating to bigger price tags.

These states have been hit hardest by rising foreclosures

Previous Story:
How to find the best contractor for your home project
Next Story:
Why are people buying whisky that was buried in a bog for 2 years?