Property values are dropping in these US cities

Worried about falling property values as a landlord? Or maybe excited about lower prices as an investor?

Either way, the housing market looks far different today than it did even six months ago. Gone are the wild 50+% price jumps we saw during the pandemic. Real estate markets are coming back down to earth — and that’s not a bad thing. (Unless you’re a seller. Then it sucks.)

Keep your finger on the pulse of real estate markets and housing corrections nationwide as you navigate investing in this infinitely weird economy.

Cities Where Home Prices Are Falling

If a picture is worth a thousand words, how much is an interactive map worth?

Of the roughly 900 U.S. cities tracked by Zillow, 81 of them saw home prices fall in the third quarter of 2022 (the most recent data available). Without further ado, they are:

Most of these cities still boast higher real estate values today than they did a year ago. But we’re still in the early days of home prices correcting to more normal levels in some markets.

In fact, real estate markets are cooling quickly. When you look at last month’s home price change — as opposed to the quarterly change — the number of cities with falling property prices jumps to 123:

In other words, the pace of cooling is accelerating. Every month, more U.S. housing markets find themselves in the red.

Some of those home price declines seem small, under 1%. But remember that the decline represents just a single month — a 1% monthly drop translates to a 12% annualized decrease in property values.

Why Are Real Estate Prices Falling?

I don’t want to overstate the point. Home prices in most US cities are still rising, albeit more slowly than they were six months ago.

Still, over 80 of the hottest housing markets of the pandemic are now crashing back down to earth. It doesn’t take an economist to understand that they shot up too far, too fast, and now they’re correcting back to what local incomes can support.

“Monetary stimulus during COVID distorted the real estate market,” explains Andrew Lokenauth, founder of Fluent in Finance. “Interest rates were at historic lows. Now with monetary stimulus being withdrawn, home prices will gradually decline. Areas that saw the greatest speculation and increase in prices will see the greatest decrease in prices. Areas that saw moderate price increases will see prices flatten out or decrease slightly.”

Because, ultimately, people have to be able to afford their homes. When housing prices stray too far from local median incomes, expect a correction. Mark Zandi, the chief economist for Moody’s Analytics, warned that 97% of the nation’s cities are “overvalued” compared to local incomes. Of the 392 markets they analyzed, 149 are overvalued by at least 25%. Zandi expects the most overpriced housing markets to fall as much as 10% over the next year.

But a disconnect from local fundamentals isn’t the only reason home prices are dipping in some markets.

The Role of Rising Interest Rates

When the Federal Reserve raises interest rates, it puts upward pressure on mortgage rates. That, in turn, drives up the cost to own real estate in the form of higher monthly payments for the same loan amount.

Which means people just can’t afford to pay as much for properties. 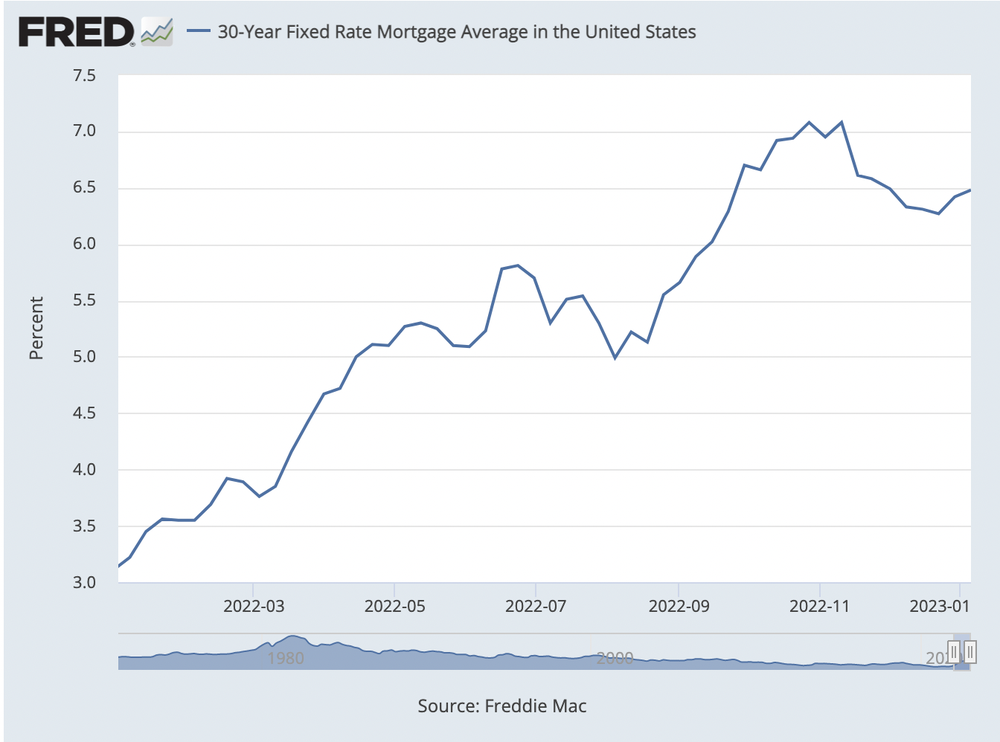 At a 6% interest rate, a family could only borrow around $280,000 if they wanted a similar monthly payment ($1,679). So, rising interest rates force buyers to either pay cash, offer less, look at cheaper homes, or sit on the sidelines and continue renting.

None of which push up property prices. Quite the opposite, in fact.

Where Are Property Values Headed?

In most markets, real estate prices will likely just slow down and level off.

But in the cities where home prices skyrocketed by 40​​–50% annually during the pandemic? Those are likely headed downward, between 5–20%. They overshot what local buyers can afford, and now comes the correction.

Remote work plays a role as well, in multiple ways. Some people (like me!) will never work in a traditional office again. “With the workforce moving increasingly towards hybrid and remote workplaces, many people are moving out of cities and into less dense areas, investing in more rural real estate,” explains Matt Woods, CEO of SOLD.com.

But the reversal of remote work is also at play. Plenty of employees are heading back to the office, which means that all those beach and mountain getaways where people holed up during the pandemic might surrender some of their price gains.

Underlying these population movements, the US still has a housing shortage, and it’s not evenly distributed. Don’t expect home prices to crash 20​​–35% as they did after the housing bubble of the Great Recession.

The statistics vary, depending on who you ask. But here are a few to chew on.

Moody’s Analytics estimates the housing shortage in the US at 1.6 million housing units. Mark Zandi put it like this: “It’s very difficult to know precisely what the shortage is. But the bottom line is, no matter what the estimate is, it’s a lot of homes that we’re undersupplied.”

A report by Up for Growth calculated the housing shortage at more than double that figure, at 3.79 million housing units. But that shortage isn’t evenly distributed across the US. Some markets have plenty of housing to meet local demand, while others have nowhere near enough. Check out this map breaking down housing undersupply by state: 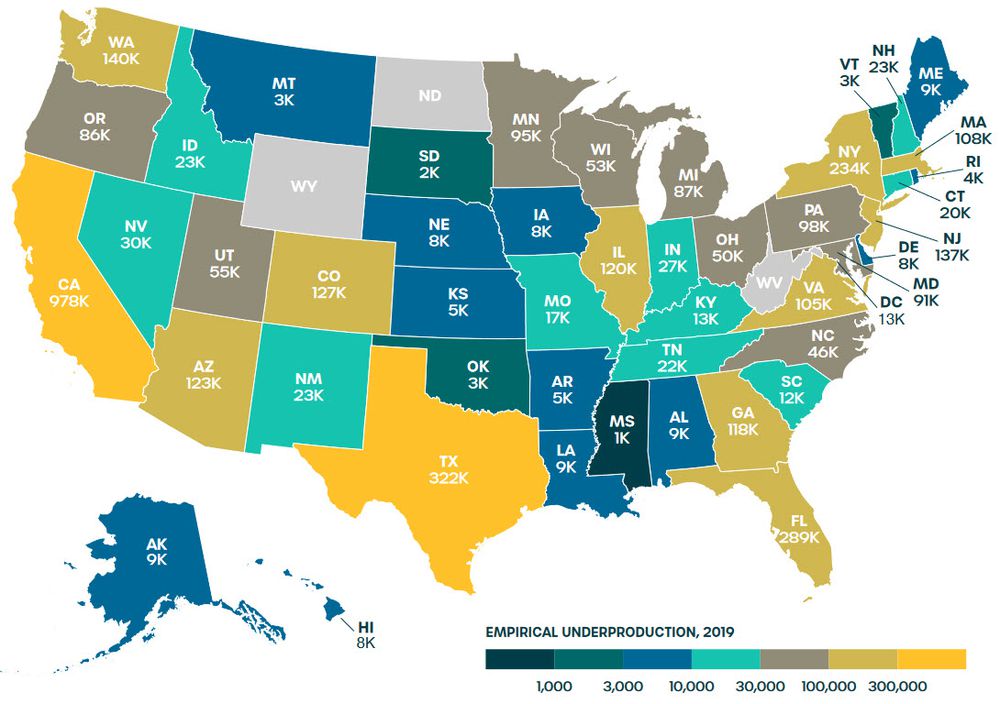 Real estate platform Homelight notes that 12.3 million households were formed between January 2012 and June 2021, but only 7 million new housing units were built. That leaves a shortfall of over five million homes. (For more details, check out their breakdown of why the US has a housing shortage.)

The US still needs more housing, so home prices aren’t going to crash nationwide. Still, some markets saw home prices spike too far, too fast, and they’re going to adjust back to reality.

Keep an eye on your home real estate market’s trends. But most of all, watch out for flipping houses right now, and stick with a long-term buy and hold strategy. You can forecast long-term cash flow accurately with a rental income calculator — the same can’t be said for predicting appreciation.

Where do you see real estate values headed? Why?

This article originally appeared on SparkRental.com and was syndicated by MediaFeed.org.

These are the states with the most home foreclosures

About the Author / G. Brian Davis