Report: 1,900 US military guns lost or stolen in a decade

The Associated Press has carried out an investigation which found that 1,900 U.S. military firearms were lost or stolen over the last 10 years, some of which resurfaced in violent crimes. The AP’s data covers the Army, Marine Corps, Navy and Air Force, though it is likely an undercount given that all four services have suppressed the release of information about missing weapons.

Assault rifles, machine guns, shotguns and pistols are all among the list of items that vanished from armories, supply warehouses, warships and firing ranges over the last decade. 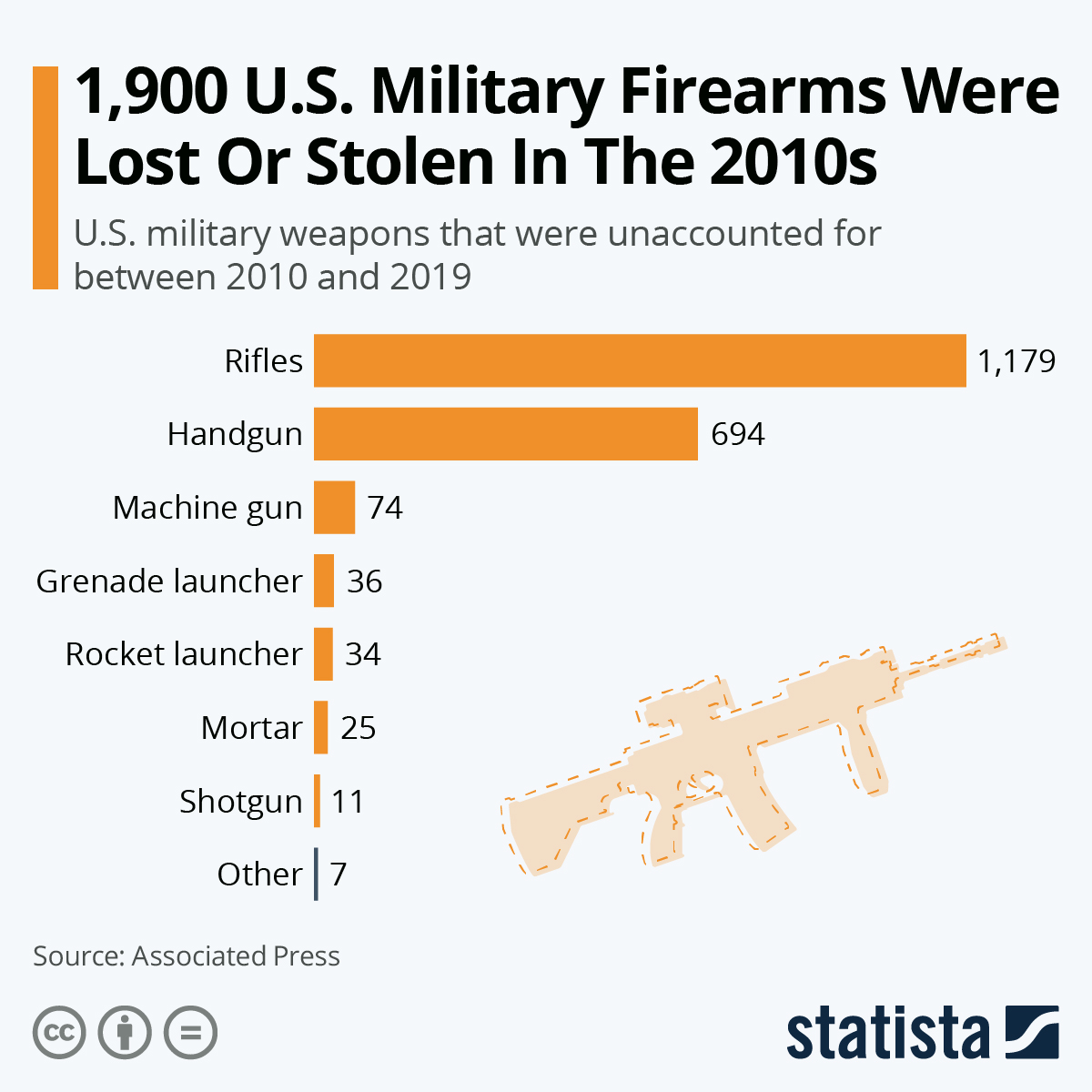 Incidents involving missing or stolen weapons were documented across the U.S as well as overseas. In one incident in Afghanistan, a padlock was removed from a container with 65 Beretta M9 pistols going missing. The theft went undetected for two weeks and the weapons were never recovered.

According to the AP, firearms go missing for a host of reasons from unlocked doors and sleeping troops to security lapses such as break-ins and surveillance system flaws. Rifles accounted for the bulk of stolen equipment with 1,179 unaccounted for between 2010 and 2019. 694 pistols, 74 machine guns and 11 shotguns were also among the guns that vanished. Further items on the list include 36 grenade launchers, 34 rocket launchers and 25 mortars. Military explosives were also stolen including armor-piercing grenades that later turned up in a backyard in Atlanta.

With 1,500 firearms missing, the Army accounted for the majority of the lost or stolen guns while the Navy and Marine Corps lost approximately 200 each. America’s most elite military units have not been immune to the problem with a former member of a Marine Corps special operations unit found to possess two stolen firearms. A Navy SEAL is also known to have lost his pistol during a fight in a restaurant in Lebanon.

Some stolen military firearms have made their way into the hands of street gangs and have been used in violent crimes. The AP was able to identify eight instances where five different stolen guns were used in a civilian shooting or other violent crime while felons were also caught in possession of military firearms.

Top military officials have insisted that weapon accountability is a high priority with a missing firearm triggering a concerted response to recover it. John Kirby, a Pentagon spokesman, explained that lost or stolen firearms represent a tiny fraction of the military’s stockpile: “We take this very seriously, and we think we do a very good job.

Previous Story:
Data shows the US has the most shark attacks in the world
Next Story:
Perfectly preserved 1987 Burger King found hidden in a mall