Report: Gun production in US triples since 2000

As deaths mount from gun-related violence in the U.S., so do the sales of firearms, according to the latest figures from the Bureau of Alcohol, Tobacco and Firearms. Data from 2020 shows how gun production has increased nearly threefold over the past 20 years, rising from the manufacture of 3.9 million guns in 2000 to more than 11.3 million in 2020. 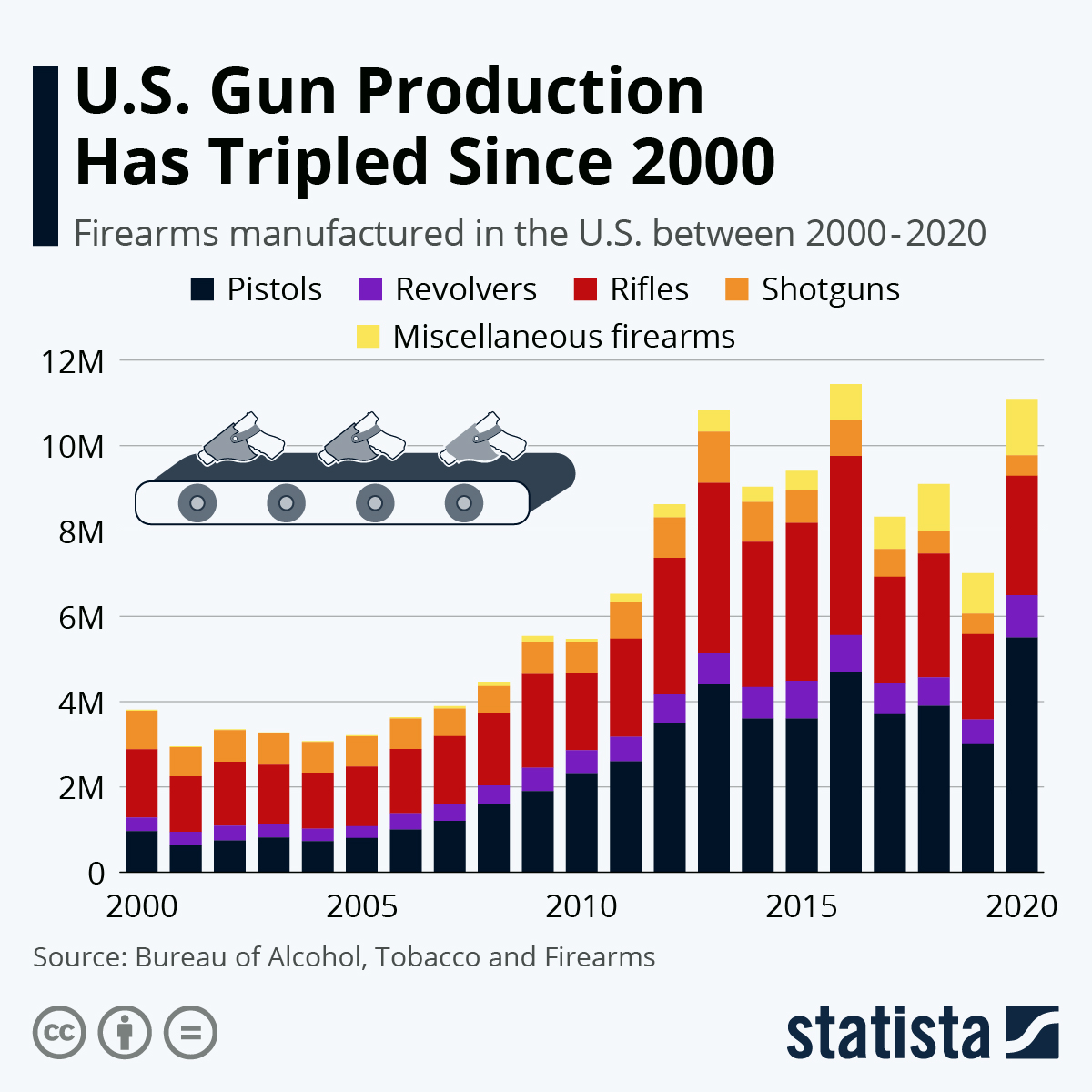 Where long guns used for hunting were once the gun of choice, handguns, which are primarily used for personal protection, took the lead in 2009.

U.S. police recovered around 20,000 “ghost guns,” in 2021. According to the New York Times, these unserialized, untraceable homemade weapons make up as many as half of the weapons recovered at crime scenes in California.

Previous Story:
Here’s why filibusters are on the rise under Biden administration
Next Story:
John Cena surprises Ukrainian teen refuge