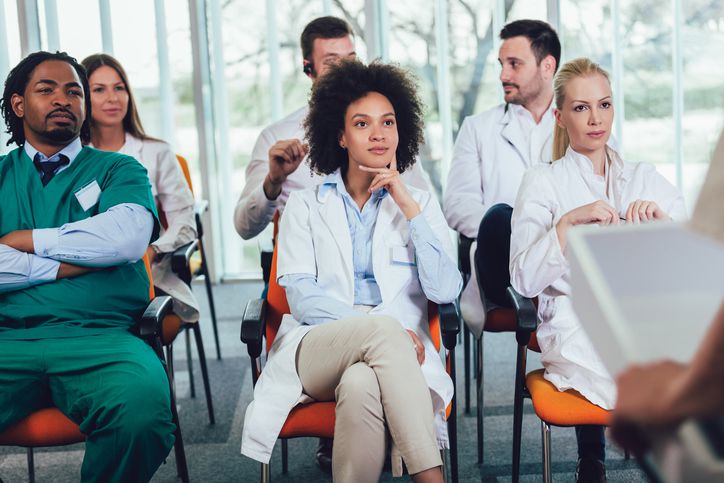 If you’re a doctor or studying to be one, you probably have student loans. For most medical school students, student loans are a necessary — and stressful — part of taking on four or more additional years of schooling.

The impetus for the growth in debt is the rising cost of medical school. And for medical students and doctors, it’s crucially important to understand how increasing debt affects your financial life.

The rising costs of medical school

While debt figures this big can already feel overwhelming, they only tell part of the story. By the time you’re done paying back your loans, it’ll cost more than the $180,000 or $200,000 of debt you left school with. That’s because of the interest that accrues during the life of your debt. And the more debt you have, and the longer you may take to pay it off, the more interest accrues.

Many medical student debt holders find it difficult to make payments while they are in residency while living off an average stipend of $54,600 (in 2017), and request forbearance during those years.

During forbearance, interest accrues, ultimately adding to the balance of your loan. This is called capitalization or compounding interest. When interest is capitalized, you’ll end up paying interest on the accumulating interest, which isn’t ideal.

How long does it take to pay off medical school?

Depending on the repayment plan you choose, it could take anywhere from 10 to 25 years. But you can always pay back your loans faster if you pay more toward them.

The plan you choose will largely be based on how much you’re able to pay toward your medical school debt each month. Though everyone’s financial situation is different, someone with a high student loan balance might opt for a repayment plan with lower monthly payments over a longer timeframe. A standard 10-year repayment plan would be difficult for medical students about to start their residency to afford, because the payments might be especially high.

Here are the different repayment plans for federal loans and how long each plan could feasibly take:

The standard repayment plan takes 10 years. This is the default plan, so if you want a different plan, you have to tell your loan provider. A standard plan is solely calculated using the balance of your loans (and not your income). You can opt to extend the payment period with an extended repayment plan, which extends the duration of the loan to up to 25 years.

You can also select a graduated repayment plan, which could extend the duration up to 30 years for consolidated loans, allows you to make smaller monthly payments during the first two years and then significantly higher payments increasing every two years in the remaining eight years.

These plans are available to federal loan borrowers who exhibit a Partial Financial Hardship (PFH), for which most medical students will qualify. They offer lower monthly payments based on your discretionary income. How long it will take to pay off your medical school debt will depend on which type of plan you select and your salary. If you have a higher salary, your monthly payments will be higher, and the loan will be paid faster.

Your payment is capped at 20% of your discretionary income with no cap. The maximum ICR is 25 years, and after that, any unpaid balance is forgiven (but will be taxable). ICR has a higher required monthly payment than the other income-driven repayment plans, so this plan could be a faster and less costly way to pay back loans. This option isn’t available on all loan types, so check with your loan provider (it can also be referred to as income-sensitive repayment).

Capped at 15% of your discretionary income or whatever your standard 10-year payments would have been, these plans last up to 25 years. Under both ICR and IBR, it is unlikely that a practicing doctor’s loans would last the full 25 years. If you have loans from after July 1, 2014, your loans are loans forgiven after 20 years on an IBR plan.

Pay As You Earn (PAYE)

PAYE bases monthly payments on 10% of your discretionary income. The repayment term is up to 20 years.

Revised Pay As You Earn (REPAYE)

Similar to PAYE, REPAYE was made available in 2015 and comes without the income or PFH requirements of other income-driven repayment plans. On this plan, your loans can be forgiven after 25 years, though the forgiven amount is considered taxable income.

This is a program for doctors working in public service (such as a government non-profit), and allows forgiveness for qualifying loans after 10 years of on-time income-based payments. When your loans are forgiven, you don’t have to pay taxes on the forgiven amount.

In general, private loan repayment terms are slightly more straightforward because they usually don’t come with as many repayment options. To find out how long it will take to pay off your private loans, check with your loan service provider.

Your repayment terms could range anywhere from five to 20 years. It’s also a good idea to see what features your private loans do or do not offer. For example, they may not offer grace periods, forbearance, or unemployment protections. And if you want to pay off your private loans early, there may be prepayment penalties.

With the average medical school debt pushing $200,000, you might be wondering if there’s anything else you can do to relieve some of the burden. You might even want to consider high-interest loans during residency. Refinancing could save doctors a lot of money by greatly reducing the amount of interest they pay over time.

Student loan refinancing, which is essentially swapping out your existing school loan(s) with one new, lower-interest rate loan, is done through a private lender, not the government. The federal government only consolidates loans, they don’t refinance them. Generally, student loan refinancing requires good credit and good financial standing.

SoFi doesn’t provide tax or legal advice. Individual circumstances are unique. Consult with a qualified tax advisor or attorney.
The information and analysis provided through hyperlinks to third party websites, while believed to be accurate, cannot be guaranteed by SoFi. Links are provided for informational purposes and should not be viewed as an endorsement. 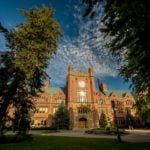 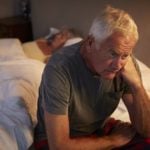 Next Story:
How to keep election stress from ruining your sleep

About the Author / Amanda Holden