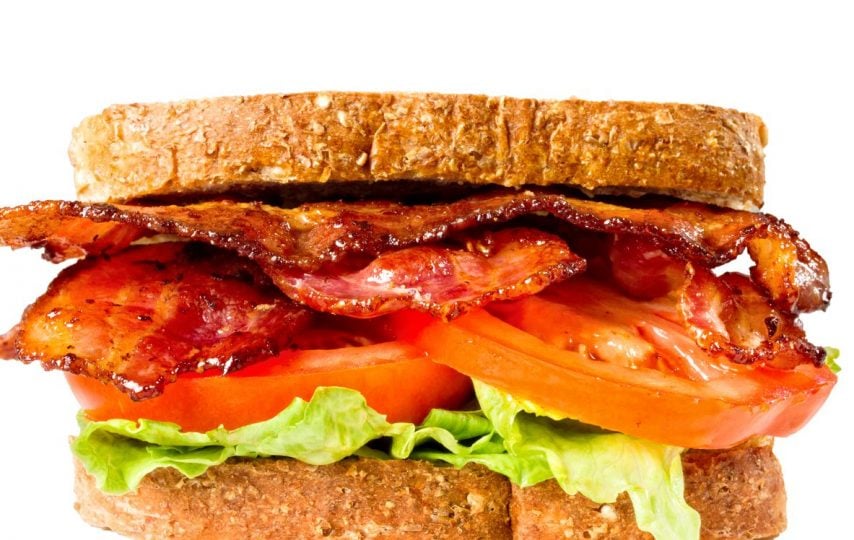 Bacon. It’s said everything is better with it, and looking at U.S. consumption rates of bacon, that is seemingly true. According to market research firm IRI, sales of meat candy, ahem, bacon, hit $4.4 billion in 2017.

These days, there’s bacon on donuts, in ice cream and on pizza. There are bacon-flavored sodas, cupcakes and even beer. And jalapeños. And bourbon. And, um, toothpaste. Yes, toothpaste. Obviously, the American love affair with bacon is alive and well. But here’s the thing: It isn’t very healthy for you. It’s chock full of fat, cholesterol and sodium.

And sure, eaten in moderation it’s not all that bad, but if you have health issues that may limit your ability to eat bacon – or if you’re vegetarian, vegan or just watching your fat and sodium intake – it’s nice to know you can sort of get your bacon fix in a healthier way.

Now, I’m not saying anything on this list is going to be just like bacon. It’s hard if not impossible to emulate that exact texture and salty, smoky, slightly-sweet flavor. But, I’ve come up with 13 healthier bacon substitutions (some only slightly so) that can help you cut back on some of the fat, cholesterol and sodium and still get some of that flavor you crave.

Read on for my top choices for bacon substitutes you can really sink your teeth into. 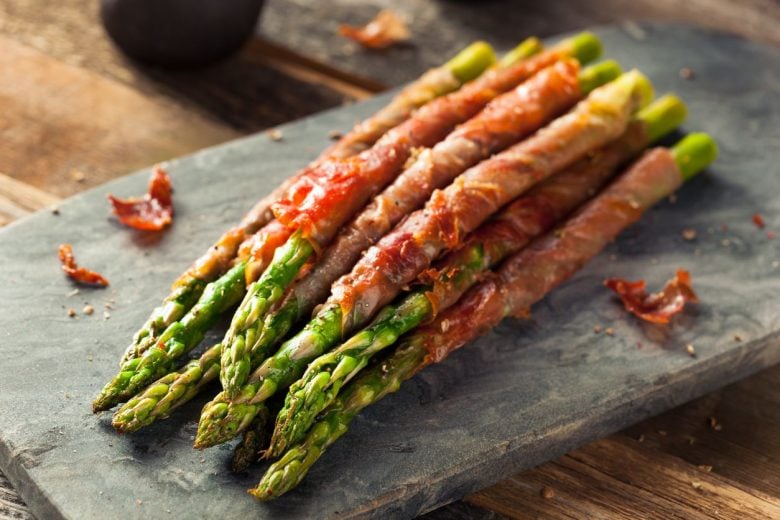 If you’ve ever had prosciutto-wrapped asparagus where the prosciutto is nice and crispy, you already know it’s delicious, but you may not have considered just ditching the asparagus.

This Italian cured ham is lower in cholesterol and total fat than bacon, with about the same sodium levels. When crisped in a pan (or the oven), it takes on a similar, satisfyingly chewy crunch like bacon does. It’s great on BLTs (PLTs?), especially if you add some fresh basil leaves and maybe some smashed avocado. 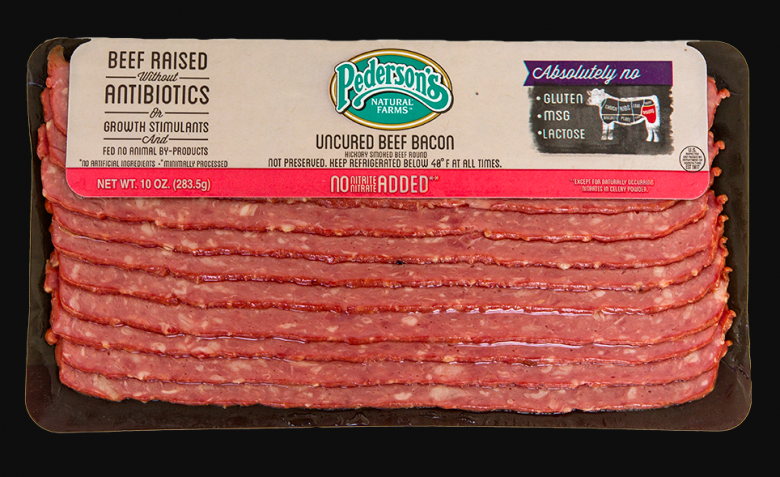 Say what? Yeah. Beef bacon. Instead of being from the belly, though, beef bacon is cut from the short plate, with nice ribbons of fat running through it. What makes it a good substitute for pork-belly bacon is that it has less fat and more protein. And if you opt for the uncured beef bacon (and you should), you’ll reduce your sodium levels as well. There are many brands out there, but I’m partial to Pederson’s Natural Farms.

You can order a four-pack through Amazon for $29.99, plus shipping. 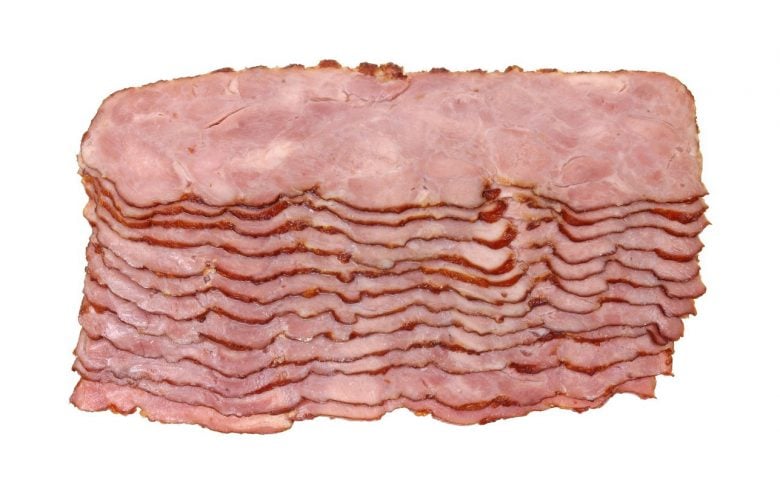 Turkey bacon was probably the first widely-marketed pork bacon substitute. It’s pretty common in most grocery stores these days. If you’re not a fan of turkey bacon, though, and you want less fat than that found in pork bacon, you can give duck bacon a try. Both options have less fat than pork bacon, but they don’t tend to get that crispy crunch that helps make the pork version so darn delicious. 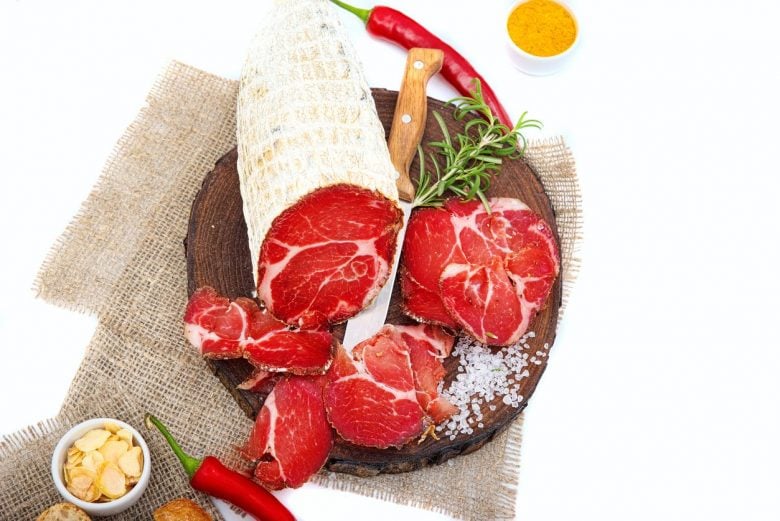 Whether you pronounce it Capicola, Coppa or “gabagool” like Tony Soprano, Capicola is a delicious cured meat that crisps up nicely and, like prosciutto, can take the place of bacon pretty much anywhere. What makes it a healthier substitute is that it has about a quarter of the fat and roughly the same amount of protein. Keep in mind, though, that it does have slightly higher sodium levels.

Here’s a recipe for crispy capicola that is delicious. 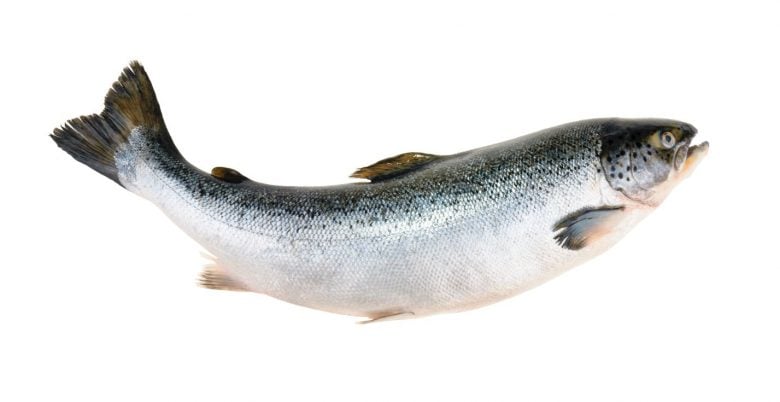 Bacon made from fish? Yes, and it tastes like fish. Salty, smokey fish. I like it a lot even though it really doesn’t taste like bacon. It doesn’t crisp like bacon and I wouldn’t try it on a BLT. I would, however, throw it in an omelet or a fritata, maybe even a quiche. And I could definitely imagine it in a cheesy, salmon-bacon soufflé.

Trader Joe’s used to carry salmon bacon, but I haven’t seen it there in a while and couldn’t confirm if it is still available. There are other brands out there, though, but I can’t vouch for them.

Still sold on bacon? Check out our guide to the best bacon in every state.

Bacon substitutes made from vegetables and grains abound. Here are some of our favorites. 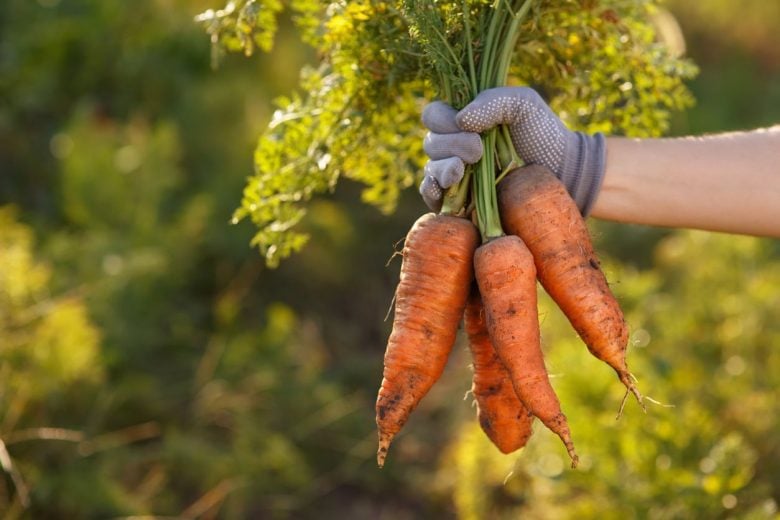 I first made this a couple of years ago and I immediately thought it was fantastic. It’s best, in my opinion, served on a sandwich, like a BLAT made with whole grain bread. This recipe on Yumsome is the best I’ve found. (Note: I don’t like liquid smoke, so I use a good amount of smoked paprika instead. It also adds some extra color to your “bacon.”) 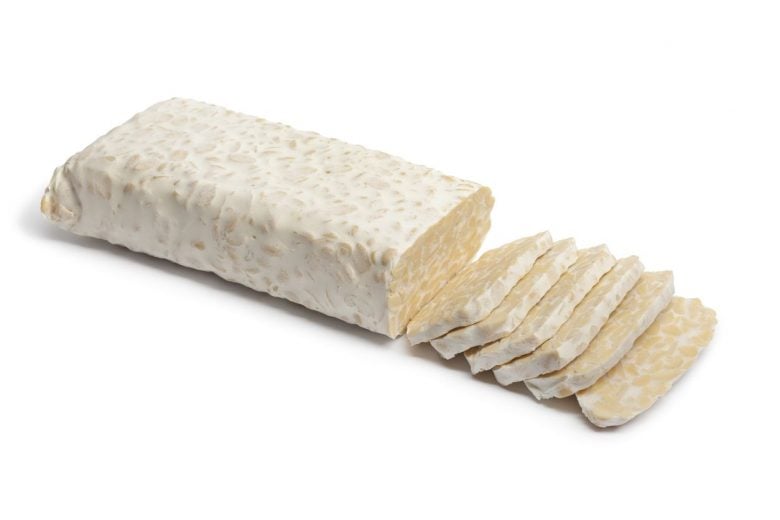 Tempeh is a go-to protein for a lot of vegans, and many vegan-friendly bacon substitutes are made from it. What is it? Why it’s fermented soy beans, of course (yes, I can hear all you meat lovers out there groaning. Stop it.).

You can find packaged tempeh bacon in lots of natural food markets, including Whole Foods. If you’d rather make your own, there are loads of recipes available online. I haven’t tried any, though, and can’t vouch for them.

Nutritionally speaking, tempeh contains a lot of protein and no cholesterol. 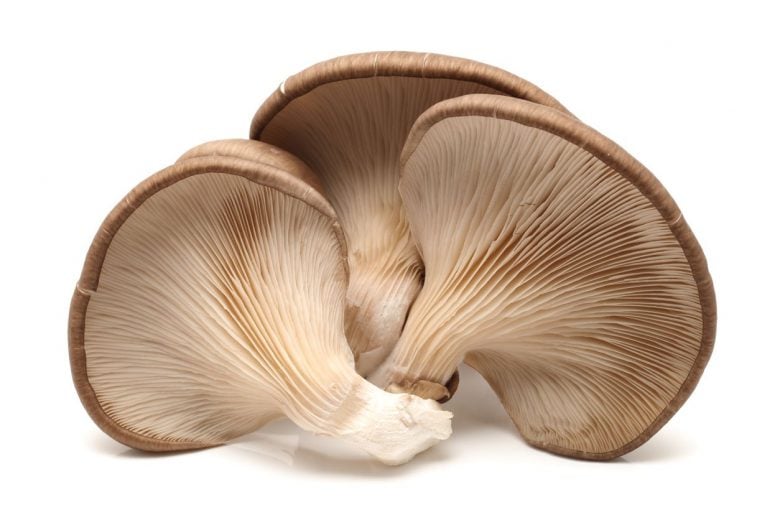 And another groan emerges from the meat eaters. Seriously, though, “bacon” made from mushrooms is quite delicious, though, again, it’s not bacon, so temper your expectations as with all the non-meat substitutes on offer.

Still, if you want to add some serious umami to whatever recipe you have calling for bacon, this is a good vegan option. This is my favorite recipe for mushroom bacon, and while you can use portobellos, I think the king oyster mushrooms really do taste best. 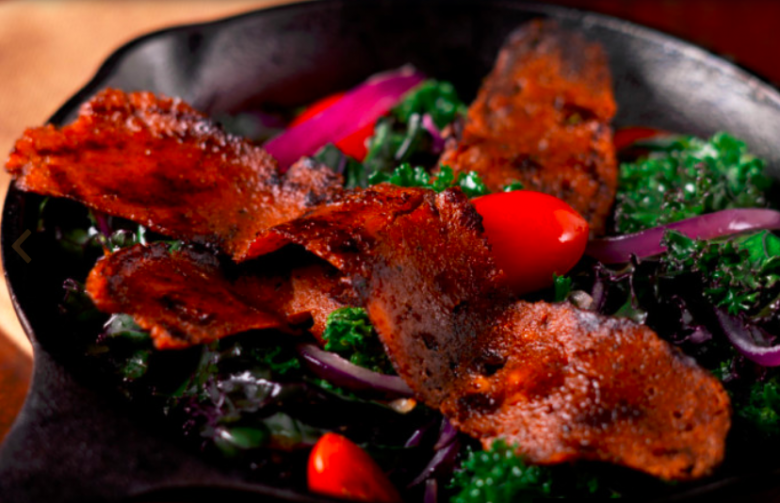 Seitan, also known as wheat protein or wheat gluten, is very versatile. As long as you don’t mind losing the crunch of bacon, it can be a tasty alternative. Fair warning: Seitan ‘bacon’ typically tastes nothing like bacon. That said, it can be pretty tasty. My personal favorite is Sweet Earth’s Benevolent Bacon, flavored with hickory and sage. And while it still tastes nothing like bacon, I use it as a meatless substitute on Reuben sandwiches. It’s delicious that way. 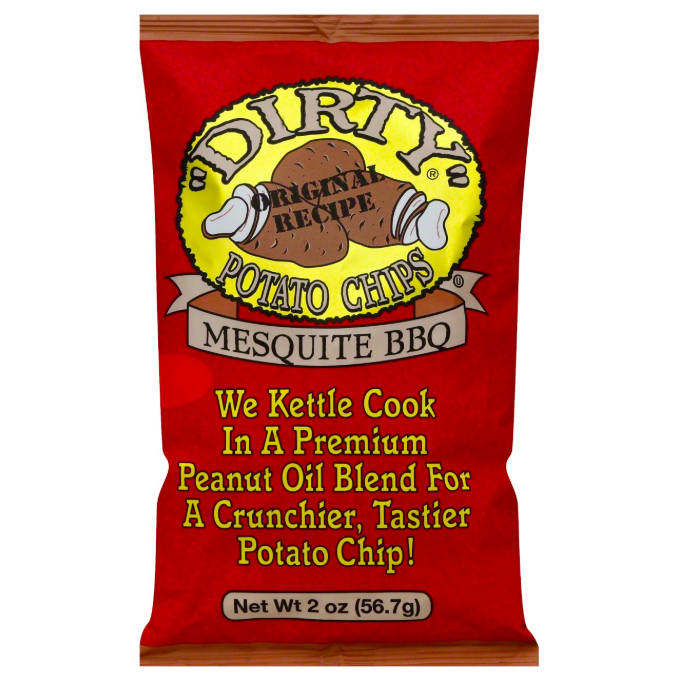 I know. This sounds weirder than weird. But if you’re looking for a crunchy, salty, smokey alternative to bacon for your next BLT, barbecue flavor potato chips are surprisingly awesome.

My personal favorite for the purpose of replacing bacon is Dirty’s Mesquite BBQ potato chips. They’re also great crushed on top of a baked potato or on a salad. Yes, you’re going to get a lot of carbs and also fat, but not as much as with bacon and you won’t get any cholesterol, either. 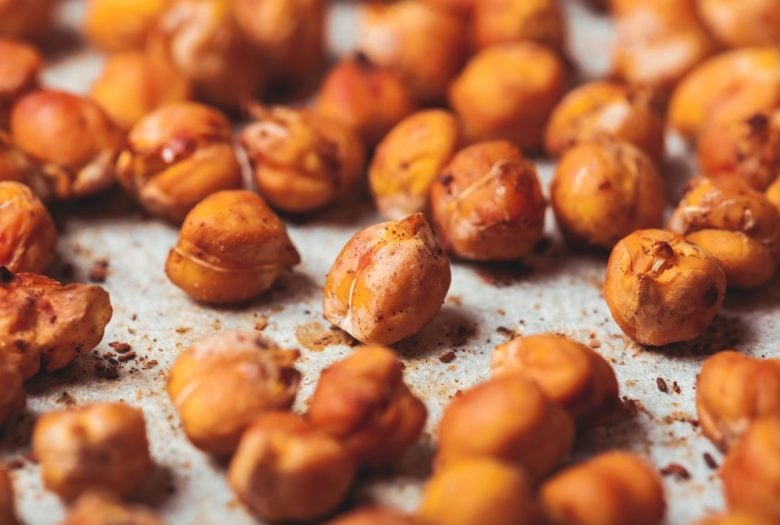 If potatoes, then why not chickpeas, amiright? Of course I am.

If you love crumbled bacon in your salads, you’re going to like bacon-flavored roasted chickpeas in them as well. They’re even delicious as a snack with a cold beer. One caveat to my favorite recipe for bacon-flavored roasted chickpeas (you can fry them too, if you like): I don’t like liquid smoke, so I substitute smoked paprika to taste (just like with the carrots a few slides ago). 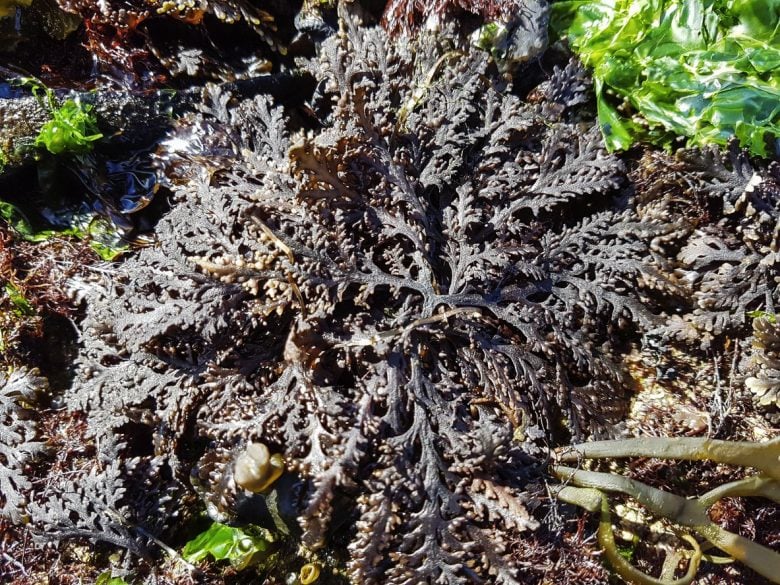 Mmmmmm…bacon-flavored seaweed. OK, so I haven’t tried dulse yet, but I’ve been told it’s delicious and I wanted to include it here for the more adventurous eaters among us.

“Fresh, raw dulse has a nice minerality and tastes very much like the ocean,” research chef Jason Bell, who works extensively with dulse at Oregon State University’s Food Innovation Center in Portland, told Bon Appétit in a 2015 interview. “But when you pan-fry it, it takes on a lot of those smoky and savory characteristics that are very, very similar to bacon.” 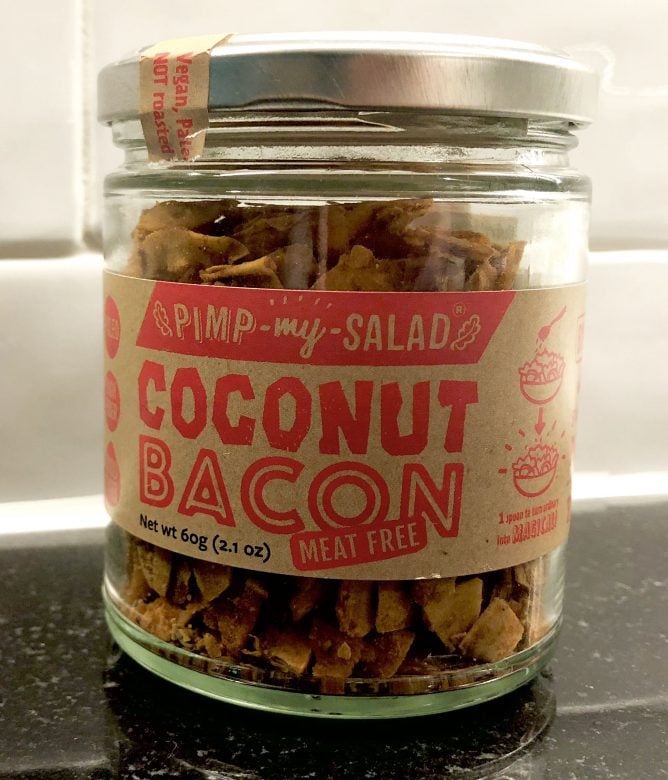 This stuff is so interesting. It’s particularly good in sweet-and-savory combos like on top of waffles (or in them) or pancakes, on glazed donuts or even in ice cream. I’ve even eaten Pimp My Salad’s coconut bacon (my favorite brand) in salads with a somewhat sweet dressing, such as a raspberry vinaigrette.

Where I wouldn’t recommend these is in solidly savory dishes, like on top of a baked potato. The coconut flavor becomes too obvious and detracts from what you’re trying to achieve here … bacon-y goodness.

This article was syndicated by MediaFeed.org. It was updated on Dec. 4, 2020. 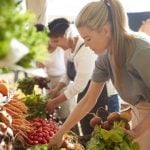 Previous Story:
The must-visit farmers market in each state 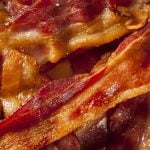 Next Story:
Does good bacon have to be expensive bacon?