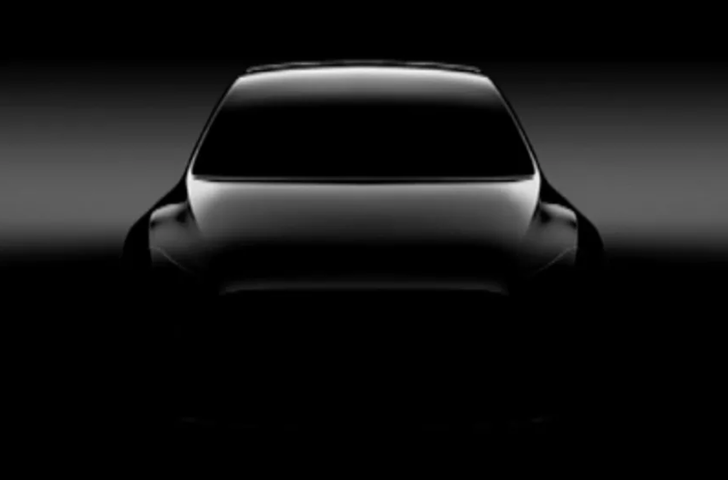 Tesla boss Elon Musk made a surprise announcement, stating the company’s next car, called the Model Y, will be shown at a media event on Thursday at Tesla’s design studio in Los Angeles.

The Model Y is Tesla’s sixth car, following the original Roadster, Model S, Model X, Model 3, and second-generation Roadster — although the latter may go on sale after the Y.

There aren’t any clear photographs of the Model Y yet, but Musk has talked openly about the car for quite some time. What follows is everything we know so far about the Model Y, the car which Tesla believes will be its best-seller, even more, popular than the Model 3.

Model Y has been in development for at least 4 years

Musk first spoke publicly about the Model Y in October 2015, replying to a Twitter follower that either the Model 3 or Model Y would get the same falcon wing doors as the Model X. This tweet was quickly deleted.

Around this time Musk also tweeted that the next Tesla car would be a crossover based on the Model 3. Given global car buyers’ love for crossovers and compact SUVs at the moment, many expected Tesla would enter this sector of the market sooner rather than later.

Over the preceding years, Musk kept changing his mind about whether the Model Y would be based on the Model 3, or be a completely separate car. In May 2017 he spoke about the Model Y being built on a “completely different” platform to the Model 3, with plans for the Y to ditch Tesla’s 12-volt battery architecture for a far simpler system.

But both the new architecture and falcon wing doors are now likely to be scrapped, due to cost-saving measures. Instead, It’s likely the Model Y will be as similar to the Model 3 as the Model X is to the Model S. That means the same general design but taller and with more cabin space, potentially with an optional third row of seats.

Musk believes the Y will be Tesla’s best-seller. Speaking on a conference call with investors in January this year, he said: “The demand for Model Y will be maybe 50 percent higher than Model 3, could be even double.” Musk added that the new car will share around 75 percent of its components with the Model 3.

Tweeting this week, Musk said the Model Y will be “about 10 percent bigger than Model 3, so will cost about 10 percent more and have slightly less range for the same battery.”

This is quite a large gain in size, leading us to think that Musk is not referring directly to the Model Y’s length, width and height. A 10 percent gain on the Model 3 would make the Y comfortably larger in every direction than the Model X.

As for the 10 percent price hike, that will put the Model Y start at around $38,500 before incentives, expected due to the car being larger, heavier and less aerodynamic. As Musk explained: “Slightly higher drag x slightly higher frontal area affects air friction and mass affects rolling resistance and hill climb. Physics in the law.”

Model Y will not have falcon wing doors

Answering questions from Twitter followers, Musk also said the Model Y will have “normal” doors as opposed to falcon wing doors, and it will look similar to the Model 3.

Besides showing off the new car on March 14, Tesla is expected to provide detailed specs and pricing information, plus offer test rides to attendees.

Tesla has only just got its head above water again after it struggled to build enough Model 3s to meet early demand, dealing with quality control issues while putting plans to automate large parts of the production process on hold. The company had to build a new assembly line in a tent in Tesla’s parking lot instead.

Sharing many of the Model 3’s components should help reduce these issues for the Model Y, although Tesla has said the new car will “probably” be built on a new production line, at the company’s Gigafactory 1 battery production facility in Nevada.

Tesla says passengers rides will be available at the launch event, suggesting a small fleet of pre-production Model Ys have been built. However, no images have surfaced of the car being tested in public, leading us to believe the car is still very early in its development cycle.

The launch of the Model Y comes as Tesla begins to close down almost all of its retail stores worldwide, shifting sales online in a bid to cut costs and lower the price of its cars.

Model Y will be followed by a Tesla pickup truck

Musk concluded his Model Y tweeting on March 3 to say that the next Tesla launch event will be for a new electric pickup truck, a hugely popular vehicle category the company is yet to be involved with. 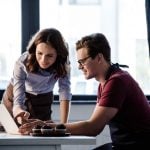 Previous Story:
Cash flow statements 101: Everything you need to know 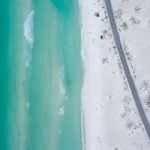 Next Story:
Overrated spring break destinations & where to go instead