The 20 best TV shows of all time 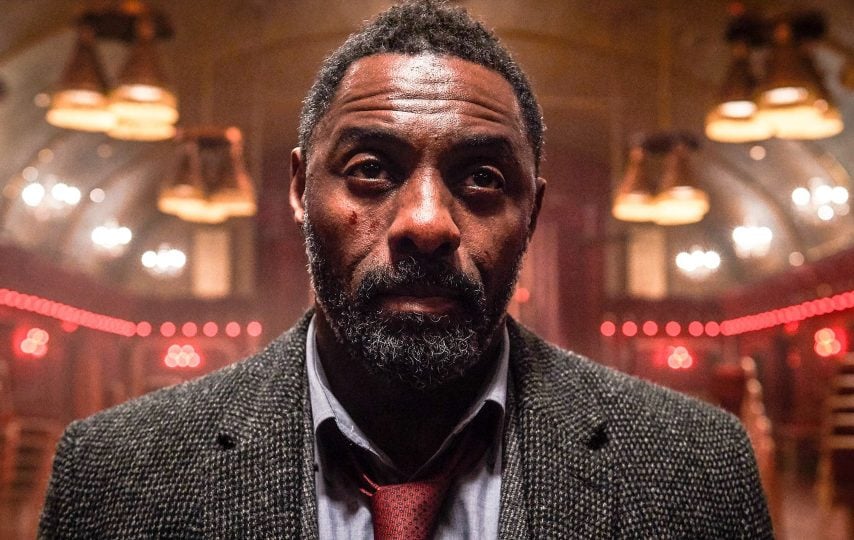 Naysayers call it the “boob tube,” but that small box of entertainment known as the television has surprised us over and over again.

Throughout the years, small screen programming has continued to improve at an exponential rate, getting to a point where we can barely tell the difference between TV and movies. Some of the best storytelling, acting and production values are to be found on the boob tube.

As such, here are some of the 20 best TV shows of all time. Not only that, but we also have the 4-1-1 on where you can watch them all. 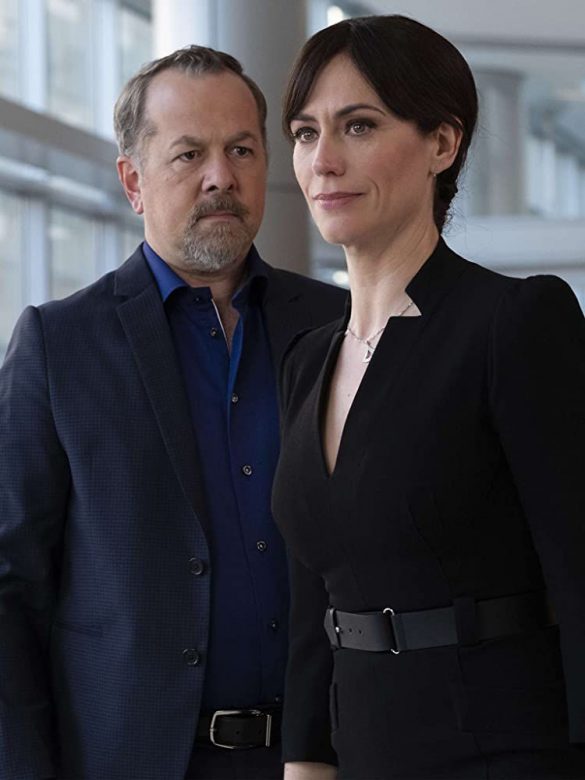 Length: Four seasons, 48 episodes (with more on the way)

Billions is a drama that explores the world of high finance in New York City. Having premiered on Showtime in 2016, the show’s fifth season debuts this May. Giamatti plays Chuck Rhoades, a U.S. attorney going after big-time hedge fund manager, Bobby Axelrod (Lewis). Billions is worth watching for the plethora of twists and turns you won’t see coming.

The first four seasons can be streamed with Showtime’s Hulu add-on. 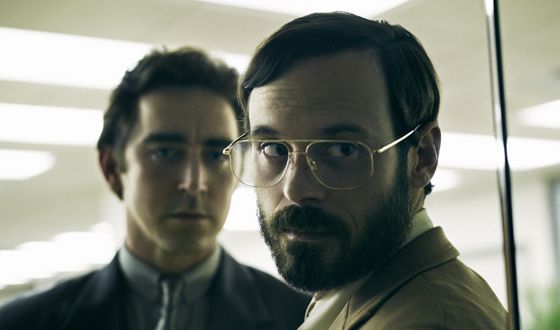 This series follows a group of techies from the personal computer boom of the 1980s, up until the growth of the worldwide web in the early ’90s. Created by Christopher C. Rogers and Christopher Cantwell, this period drama aired on the AMC Network for 40 episodes across four seasons.

Throughout its original run, viewership numbers were always low despite receiving high scores from both critics and viewers. A good amount of credit goes to AMC for sticking with the show and giving it a proper two-hour series finale.

All four seasons are currently streaming on Netflix. 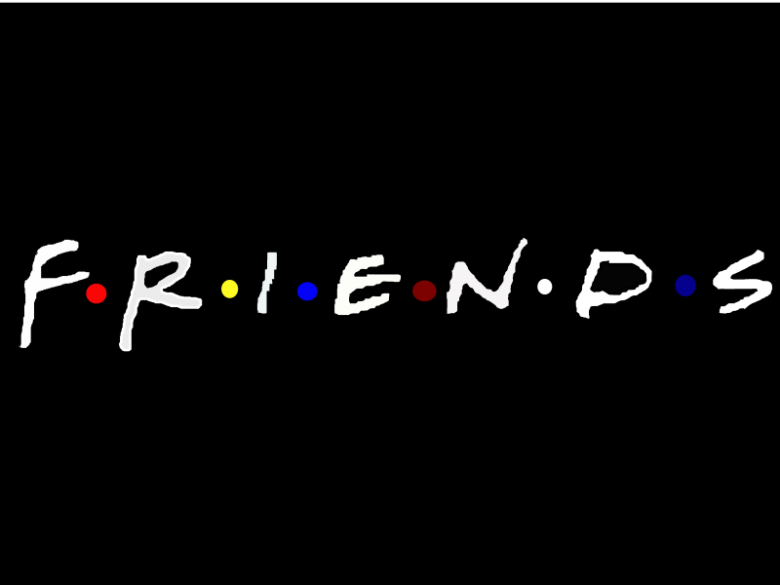 A sitcom based in New York City, Friends, revolves around six friends in their 20’s and 30’s. It aired for a whopping ten seasons on NBC, having first premiered in 1994. The series finale aired in 2004. Relative unknowns before their starring roles in the show, Friends featured an excellent ensemble cast, including Courtney Cox, Jennifer Aniston, Lisa Kudrow, Matthew Perry, Matt LeBlanc and David Schwimmer.

The show was recently taken off Netflix but will be exclusively available on Peacock, NBC’s upcoming streaming service, which launches this summer. 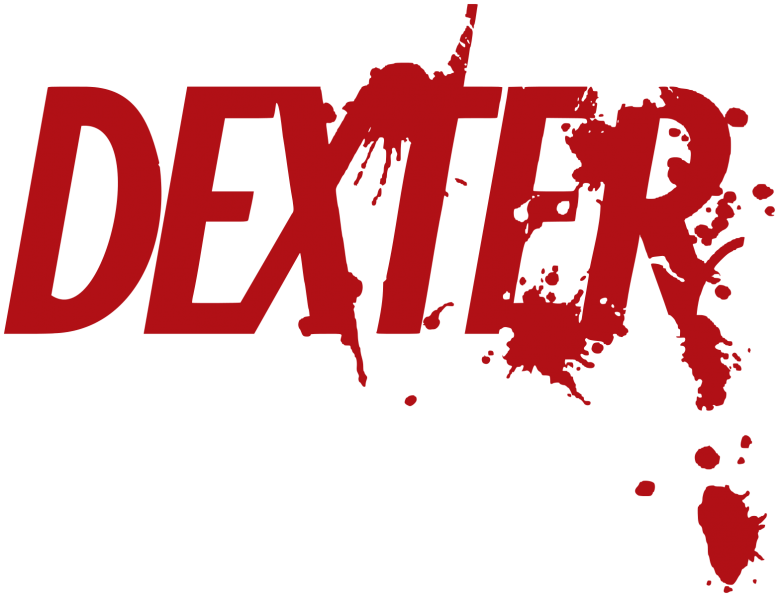 Dexter aired on Showtime for eight seasons between 2006 and 2013. The series stars Michael C. Hall as Dexter Morgan, a blood-spatter analyst for the Miami police also living a double life as a vigilante serial killer who targets other murderers that have escaped justice.

Throughout its four seasons, Dexter was indeed one of the best shows on TV, although many agree that the series finale left something to be desired.

All seasons are currently streaming on Netflix. 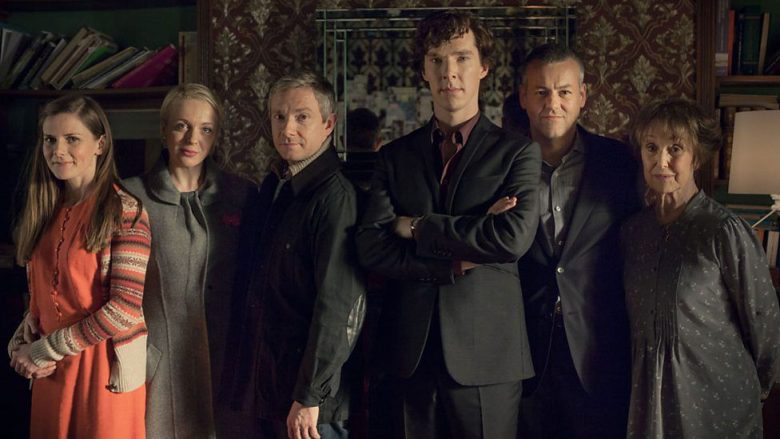 Length: Four seasons, 15 episodes (with more hopefully on the way)

Sherlock is a BBC crime drama with a modern-day twist on the famous Sherlock Holmes novels by Sir Arthur Conan Doyle. This brilliant update follows Benedict Cumberbatch as Sherlock Holmes and Martin Freeman as his partner Dr. Watson as the duo solves crimes in 21st century London. With sharp dialogue, the series is well-acted.

Four seasons (or “series” as they’re known in the U.K.) of Sherlock have already aired along with a one-off Christmas special in 2015. Fans are currently holding out hope for more episodes from creators Mark Gattis and Steven Moffat.

All episodes are currently on Netflix 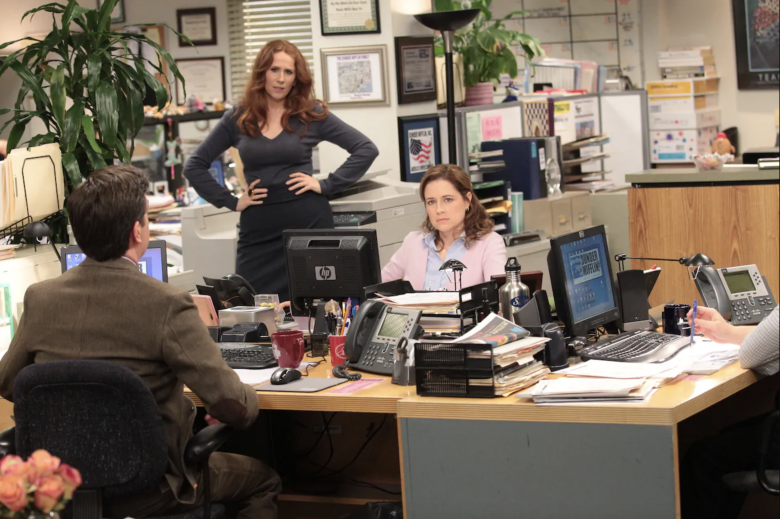 Based on the U.K. show created by Ricky Gervais, this American mockumentary sitcom aired on NBC for nine seasons between 2005 and 2013. It follows a group of employees of the fictional Dunder Mifflin Paper Company in Scranton, Pennsylvania. Some of the notable stars of its main cast include Steve Carell, John Krasinski, Jenna Fischer and Rainn Wilson.

The Office is currently on Netflix, but will eventually leave the streaming service for Peacock. 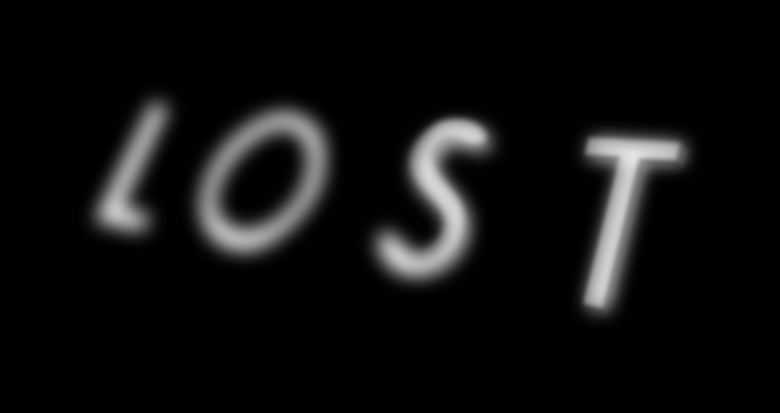 From the minds of J.J. Abrams and Damon Lindelof, Lost is a drama that follows 48 survivors of the jet airliner Oceanic Flight 815, which ends up crashing on a mysterious island. It was broadcast on the ABC Network from September 2004 – 2010. Over the last few years, the series producers have hinted at a possible reboot.

Lost can be streamed via Hulu 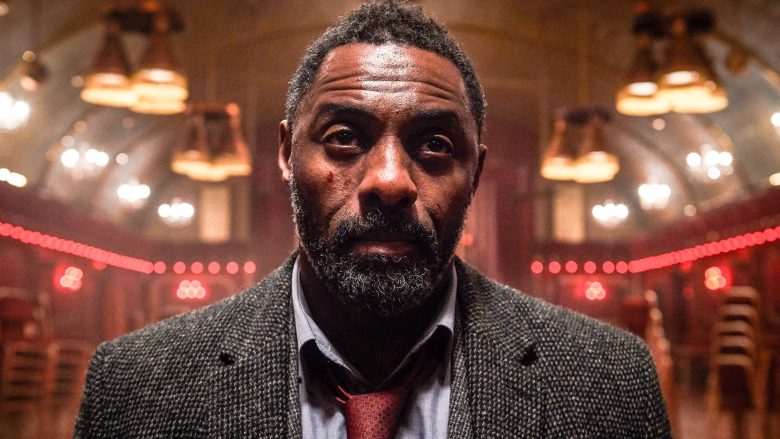 Length: Five seasons, 20 episodes (with more hopefully on the way)

Created by Neil Cross, this BBC-produced crime drama stars Idris Elba as DCI John Luther. He is both brilliant and self-destructive as he hunts down criminals. As with other shows on this list, fans are hoping for more Luther content in the future.

All five seasons of Luther are now streaming on Starz. 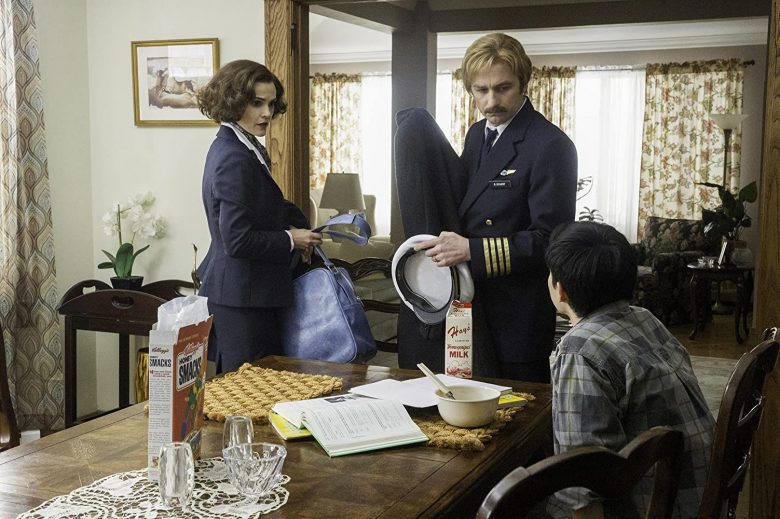 A spy thriller set in the 1980s during the waning days of the Cold War, The Americans centers on Elizabeth and Philip Jennings, two Russian spies posing as an American couple in Washington, D.C. This is an insanely suspenseful show with solid performances from leads Keri Russell and Matthew Rhys. The Americans lasted six seasons on the FX Network between 2013 and 2018. 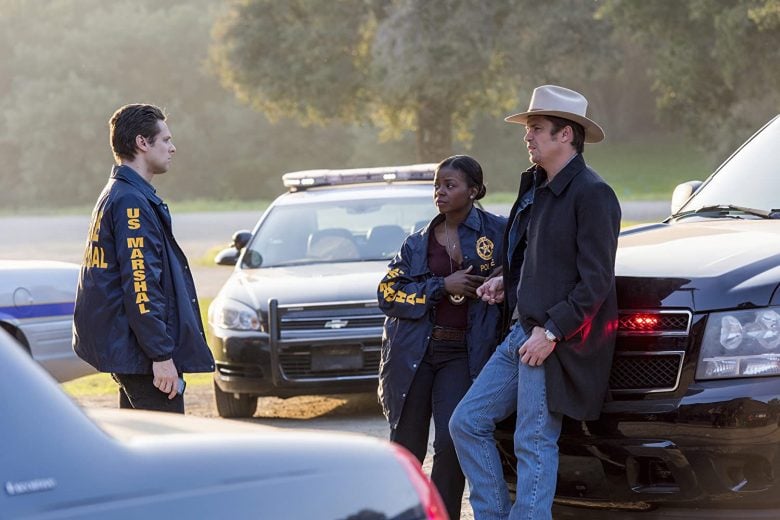 This crime drama ran for six seasons on the FX Network from 2010 – 2015. It stars Timothy Olyphant as U.S. Marshal, Raylan Givens, who enforces justice in his hometown of Harlan, Kentucky. Justified excelled with character development thanks to outstanding performances by its cast, which also featured Walton Goggins as Boyd Crowder, Margo Martindale as Mags Bennett, and Damon Herriman as the unforgettable Dewey Crowe.

This show will be another FX on Hulu exclusive 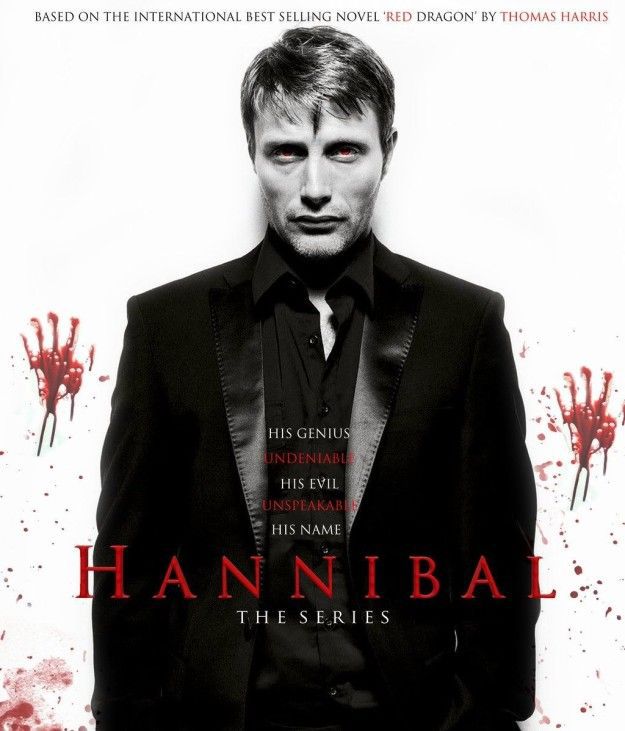 A psychological-horror series based on the Thomas Harris novels Red Dragon and Hannibal. The show focuses on the relationship between FBI Investigator Will Gragam (played by Hugh Dancy) and Dr. Hannibal Lecter (played superbly by Mads Mikkelsen). Hannibal only lasted for three seasons on NBC from 2013 – 2015. Due to its subject matter, one may be surprised that it lasted as long as it did on an over-the-air network like NBC. Season two and three are absolute works of genius.

Hannibal can be streamed on the NBC website, although it’s sure to move over to Peacock once the summer arrives

It follows stand-up comedian Jerry Seinfeld and his neurotic group of friends living in New York City. For a “show about nothing,” Seinfeld managed to explore many things, from big salads to laundry cooked in pizza ovens to—ahem—shrinkage.

All of Seinfeld is currently streaming on Hulu. 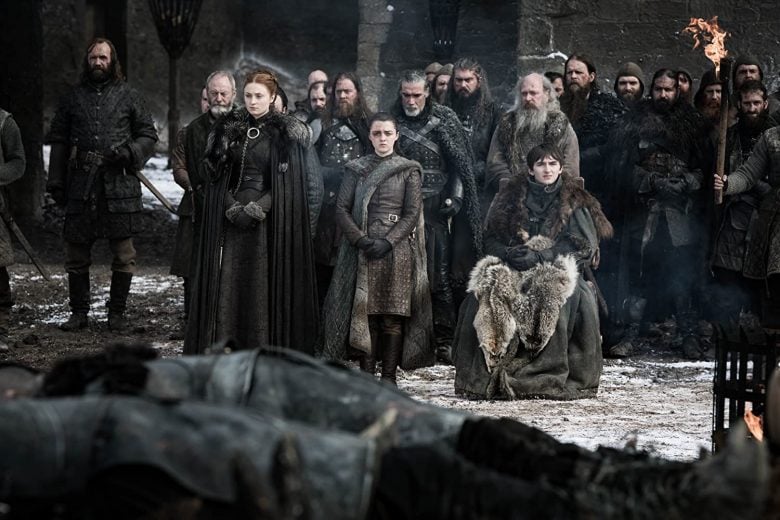 Perhaps the most popular recent show on this list, Game of Thrones is based on the sweeping Song of Ice and Fire novels by George R.R. Martin. Although the series evolved a lot across its eight seasons, the fantasy drama is really about powerful families vying for control of the Seven Kingdoms of Westeros.

It features a great ensemble cast that includes: Kit Harington, Emilia Clarke, Peter Dinklage, Lena Headey and more. While season eight let a lot of fans down, no one can deny that GoT changed the way that television is made and consumed.

All 8 seasons can be streamed via HBO’s various online platforms. 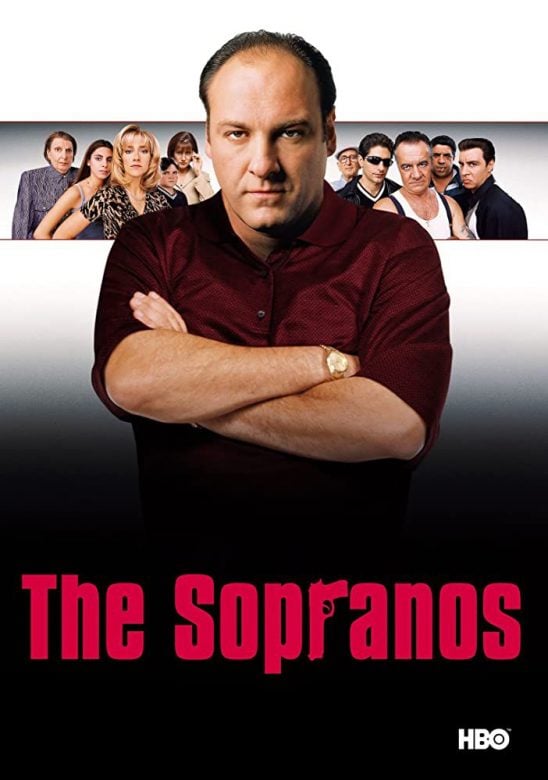 The Sopranos aired on HBO from 1999 – 2007 for 86 episodes over six seasons. The story revolves around New Jersey-based Italian-American mobster, Tony Soprano. Played by the late great James Gandolfini, Tony deals with personal and professional issues that lead him to seek professional psychiatric counseling. The colorful characters and solid writing will keep pulling you back in for more.

All six seasons can be streamed via HBO’s various online platforms. 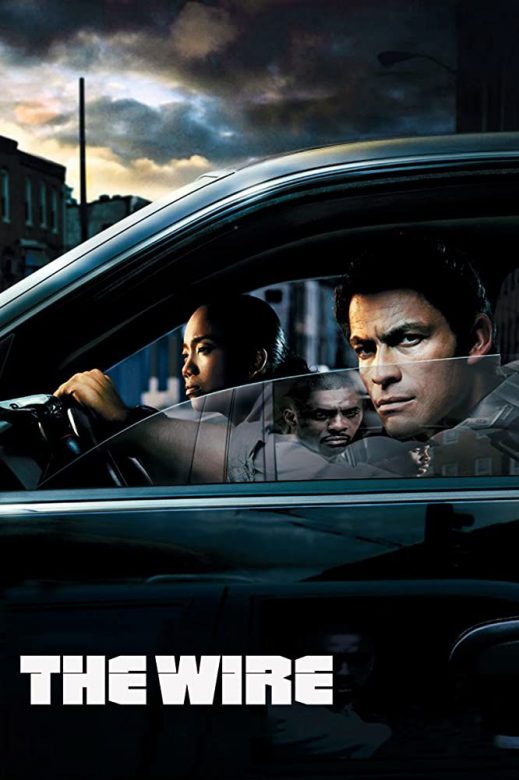 Often considered to be the greatest TV show ever made, this HBO crime drama ran for five seasons on HBO from 2002 – 2008. Set in Baltimore, Maryland, it explores the city’s drug scene from the perspective of both the drug dealers and law enforcement.

The Wire is not one of those shows that should be judged based on one episode. Instead, It takes its time to fully explore each detail with captivating storytelling that will leave you satisfied at the end of each season.

All five seasons can be streamed via HBO’s various online platforms. 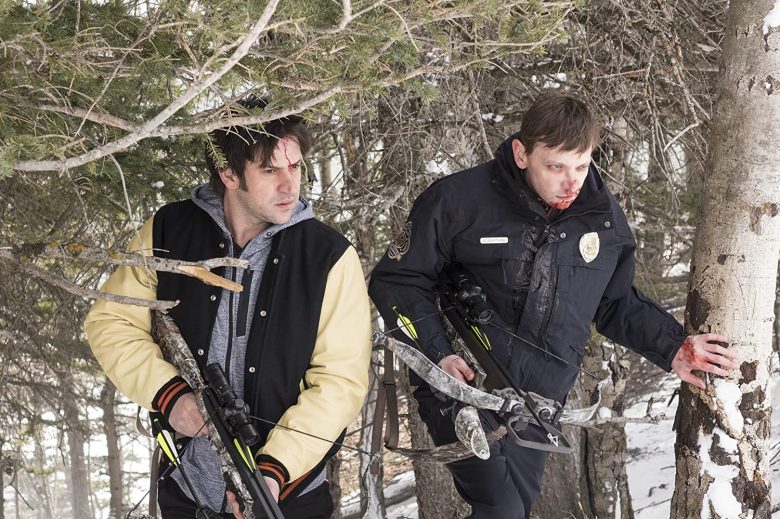 This dark comedy crime drama/anthology was inspired by the 1996 Coen Brothers film of the same name. Set in South Dakota and Minnesota, each season tells a different story with mostly new characters, all of whom are portrayed by an all-star cast.

If you enjoy bizarre characters with odd story twists, Fargo is the show for you. Three seasons have already been broadcast on the FX Network since its premiere in 2014. A fourth season starring Chris Rock premieres this April.

The first three seasons can be streamed on Hulu.

This BBC-produced crime drama takes place in England after World War I. It stars Cillian Murphy as Tommy Shelby, an ambitious crime boss that leads the notorious Peaky Blinders Gang. It is a bloody, violent show with fantastic writing, acting and outstanding cinematography.

All five seasons are streaming on Netflix 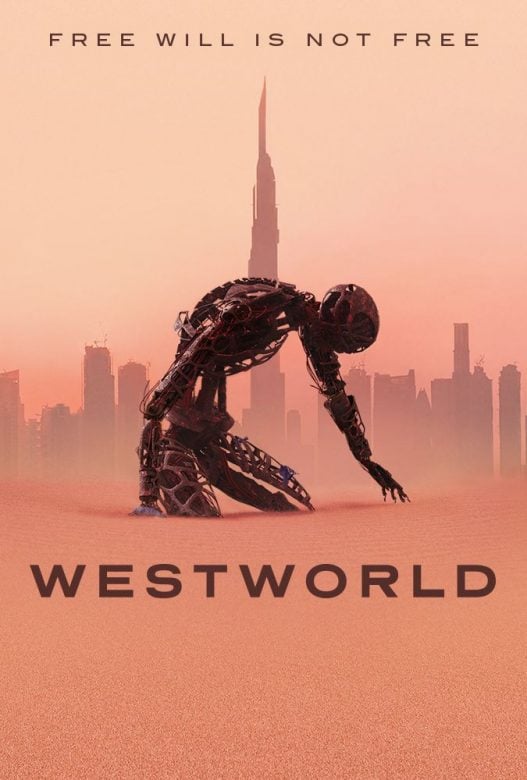 Based on Michael Crichton’s 1973 movie of this same name, Westworld is a science fiction Western drama that has aired two seasons on HBO to date. It takes place in a Wild West-themed amusement park populated with android hosts who begin to revolt against their human masters.

The series is known for having complex, multi-layered storylines, stunning visuals and top-notch performances from cast members like Evan Rachel Wood and Thandie Newton. Aaron Paul joins Westworld for its third season, which premieres on March 15.

The first two seasons can be streamed via HBO’s various online platforms. 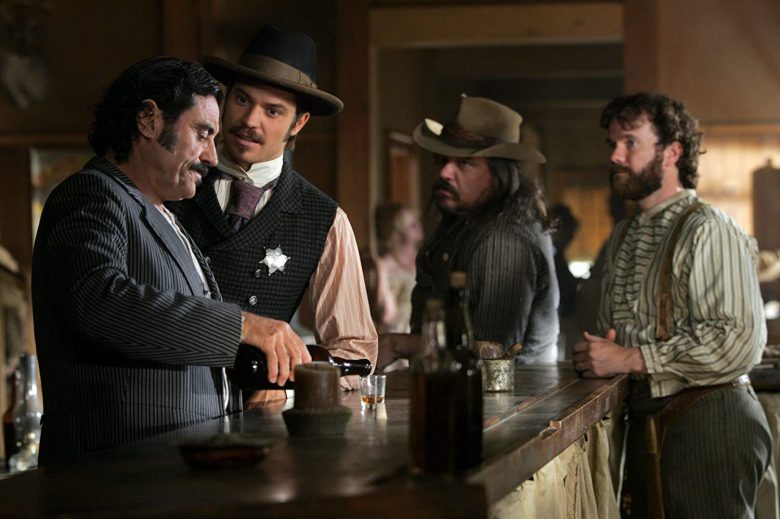 This Western drama aired on HBO from 2004 – 2006 for 36 episodes across three seasons. It follows the inhabitants of a settlement in Deadwood, South Dakota during the late 1800s. The fantastic ensemble cast is led by Ian McShane, who plays saloon owner Al Swearengem. Co-starring is Timothy Olyphant, who plays a U.S. Marshall and shop owner by the name of Seth Bullock. Deadwood is a rough-and-tumble-type show with a good amount of vulgarity depicting the lawlessness of the era. The long-awaited Deadwood movie aired on HBO last spring.

All three seasons, plus the movie, can be streamed via HBO’s various online platforms. 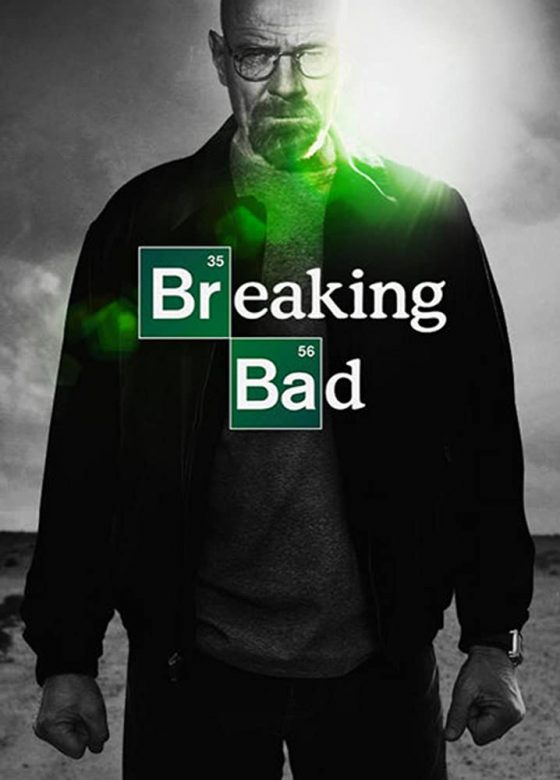 This is our absolute favorite TV show of all time. This crime/drama/thriller was created by Vince Gilligan and aired on the AMC Network for five seasons. Set in Albuquerque, New Mexico, Breaking Bad stars Bryan Cranston as Walter White, a high school chemistry teacher diagnosed with lung cancer who takes up a new career as a meth producer in the hopes of earning enough money to take care of his family after he dies.

The outstanding supporting cast includes Aaron Paul, Bob Odenkirk, Giancarlo Esposito and many others. The acting, writing, cinematography and overall production values are superb. If you want more from the Breaking Bad Universe, the spin-off prequel, Better Call Saul, has aired for four seasons on AMC with a fifth season next month. The sequel movie to the series finale, El Camino, was released on Netflix last fall.

All five seasons can be streamed on Netflix. 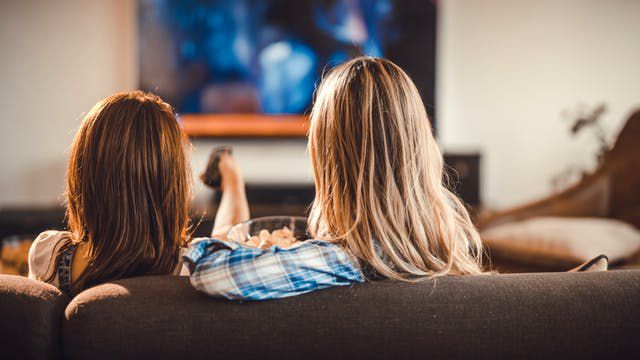 And there you have it, folks. Your next binge awaits.

There are so many good shows out there and if we tried to rank them all, we’d probably be typing away until the next century. This list is by no means definitive, so if we missed your favorite show, let us know on social media!

Michael Dinich is a personal finance expert, podcaster, YouTuber, and journalist. Michael is the founder of Your Money Geek, a rapidly growing personal finance and pop culture website.
View all posts 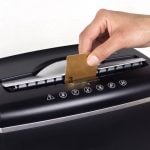 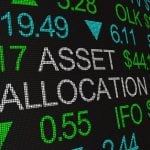 Next Story:
What does asset allocation mean?

About the Author / Michael Dinich