The benefits to getting older that no one talks about 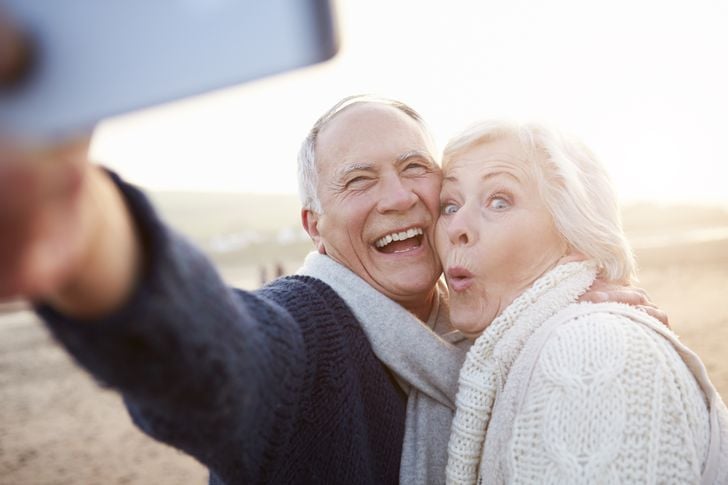 No one will ever accuse Ashton Applewhite of going gently into that good night. And that’s how she likes it.

Applewhite, 66, is the salty-talking superstar on the front lines of the war against ageism. Her Ted Talk on the topic has more than a million views, she started the blog Yo, Is This Ageist?, in which she identifies ageist behavior, and she led the team that organized Old School, a clearinghouse of anti-ageism resources.

She’s been writing, researching, blogging, and speaking out against ageism for more than a decade now.

In 2017, she quit her job as a writer at the American Museum of Natural History to become a full-time activist, or, as she likes to say: “a pro-aging radical.”

Earlier in her life, she was like many people in terms of how she thought about aging, she writes: “The hazy prospect of growing old filled me with something between free-floating anxiety and stomach-churning dread.”

These days, she knows that as the years go by, they bestow more than they take away.

“The passage of time confers very real benefits upon us,” she writes. “By blinding us to those benefits and heightening our fears, ageism makes growing older in North America far harder than it has to be.”

In other words, there are real perks to getting older.

She explains what those are and provides a plan to fight ageism in This Chair Rocks: A Manifesto Against Ageism, which started out in 2016 as a self-published tome but is being reissued this week by Celadon Books. Before Applewhite set out on an 11-city tour, she sat down with Considerable to talk about the many aspects of ageism and her project to eradicate it from the planet. Excerpts from that conversation are below.

What are these perks to older age?

Late life is a time of huge power. I give fewer f—-s, as a lot of women say. I’m more freed up and comfortable—I’m no longer hostage to these punishing views about women (that we need to look or act a certain way) and that’s really welcome. We realize our time is limited and we’re going to be a little careful about who we spend it with. That will allow us to live more in the moment.

What do you think about people who won’t say their age?

No judgment, but when we do that we reinforce age shame and we give the number more power than it deserves, and we don’t challenge whoever’s ideas of what 60 looks like.

There are hard, difficult things about getting older, but not as many as we think.

Give us some examples of what’s hard.

There are only two inevitable things about getting older: People you’ve known all your life are going to die and some part of your body is going to fall apart and those things truly suck.

Most people think aging and instantly equate it with walkers and strollers. But not everything falls apart on everyone. If your view of sexual prowess is anchored in your 20s, of how hard your erection was, and how long it lasted, than you will be disappointed. But if you accept that you can take a whole body approach to lovemaking you will appreciate it. Let’s tell both sides of the stories.

Lots of things fall apart on younger people too. If you’re 30, you can’t run as well as when you are 15 and you didn’t even notice. We are aging our whole life long. But we can almost always continue to do the things that are important to us. Most of us have to slow down—if your thing is extreme mountain climbing you might have to give that up. But we can still ski, and f–k and dance all night.

How do you feel about hair dye, and cosmetic surgery, and things we do to look younger?

I have learned to be a lot less judgmental. I don’t say, “Don’t dye your hair or get cosmetic surgery.” I say: “If this is what you need to do to feel powerful or beautiful, you go girl!”

I never use the word “should”. There’s no right way to age, there’s no “should.” Women get so many messages on how we “should” do it. If it works for you,  fine with me.

That said, when we dye our hair to cover the gray, we make ourselves invisible as older women. and when a group makes themselves invisible, so are the issues that affect them.

When we dye our hair to cover the gray or leave early accomplishments off our resume or are embarrassed when we say, ‘This is Lucy and I’ve known her since high school in 1640,” we reinforce age shame. And the big picture is: Why is getting older something to be ashamed of? To not age, to continue to look and act like younger versions of ourselves–that’s ageist!

What’s the difference between how men and women experience ageism?

There’s also a class bias in all the anti-aging rhetoric, isn’t there?

It’s expensive! No one talks about the class bias. Cosmetic surgery is f—–g expensive! Let’s not forget the women who are never visible to start with. In this way, this whole discourse is a privileged one.

There’s a tradition in African American communities of honoring the matriarch. We know that that oppression of ageism is of course compounded by race, and sexual orientation. We also know that the flaw of suffrage was that the suffragists did not want to ally themselves with black men who wanted to vote. That’s how we got the term intersectionality.

I really do not want this movement to be made up of middle-class white woman.

You say you want to help catalyze a grassroots movement like the women’s movement. How do we do this?

The first step is to look at our own views on age and aging biases.

A point I like to make is that consciousness-raising is the tool that catalyzed the women’s movement because when women came together and compared notes, and realized that what they had been thinking of as personal problems were actually political problems.

They were wildly shared political beliefs that required collective action and when we came together we could do something. That’s the point we need to get to with aging.

Maybe a march against ageism!

Or a pro-aging march. And women are going to lead this movement. The women’s moment taught us to claim our power and a pro-aging movement will teach us to hang onto it.

Another analogy is the disability rights movement. They were super effective activists. The Capital Crawl in 1990 where people with disabilities and fell out of their wheelchairs and crawled out.

Which helped pass the Americans with Disabilities Act…

What the disability rights act did was change disability from a personal misfortune into a social problem. It’s the same thing that happened with the women’s movement.

…and the press talks about aging more than it used to.

I see many more mentions of aging in the mainstream press. It used to be completely taboo or sad pathetic stories on old people with Alzheimer’s or stories about 80-year-olds jumping out of planes. That’s equally ageist! Most people are not going to age like that; it’s a vision of aging built in denial. Ageism is built in denial. That’s the basis of it, that I’m not going to get old or I am going to get old and can still ski black diamonds.

Ageism is based on a dislike or even a revulsion for an older you on whom you project all the scary evil s–t. Old equals bad, pathetic, incompetent. If you internalize those values you’re scared as f–k at what lies ahead.

What makes you think we can get rid of ageism? Or even reduce its impact?

If marriage equality is here to stay, why not age equality? If gay pride has gone mainstream, and millions of Americans now proudly identify as disabled, why not age pride? The only reason that idea sounds outlandish is because this is the first time you’ve encountered it. It won’t be the last. Longevity is here to stay. Everyone is aging. Ending ageism benefits us all. 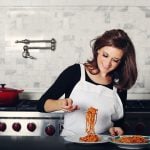 Previous Story:
How I got my cookbook published (and how you can, too) 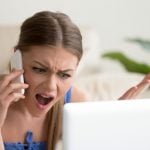 About the Author / Abby Ellin