The secret so being a smarter investor

The count is in—we know that last year, early-stage funding in global startups reached $201 billion. That’s an incredible $100 billion more than the previous year, and almost $30 billion of it went to seed-stage startups.

While the comparison is slightly hampered by the economic conditions of 2020, it’s worth noting that 2021 was far from representative of a fully ‘recovered’ economy. The findings here point to a real and here-to-stay trend—venture capitalist activity is on the rise, and investors are finding companies earlier.

The influx of VC activity is great news for founders and for the economy as a whole; there’s never been a better time to start a business, and never more guarantee that a great idea will be found, funded, and brought to market to play its proper role. But the heightened interest in early-stage investing brings new dilemmas in the navigational stages, especially when it comes to capped vs. uncapped valuations.

Beyond vetting the product or service and its market fit, it’s important that investors (and founders) spend real time on the infrastructure of the investments that they’re setting up. Following is a brief overview of SAFEs, convertible notes, and the pros and cons of uncapped valuations. 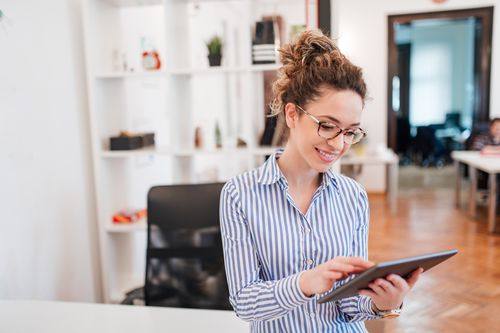 Back to Basics: SAFEs vs. Convertible Notes

Convertible notes were an early saving grace for investors. A phenomenon created by startup lawyers, convertible notes helped VCs avoid the problem of using equity funding. Once a startup is incorporated, the founders can buy shares at the low minimums that would be written into their articles of incorporation. If those shares suddenly sell for sky-high prices within a one year window, it used to raise a few red flags with the IRS.

Convertible notes were created to sidestep that jump. They’re a form of debt that allows companies to get funding without going through a valuation process until later on. This way, founders can get the funding they need without having to immediately sell shares for a too-high increase.

But the process that comes with developing convertible notes can be long and arduous. To address the need for something simpler, Y Combinator modeled what’s called SAFE notes back in 2013. A SAFE—Simple Agreement for Future Equity—is a much simpler system designed to similarly defer the valuation discussion. Since it’s not a form of debt financing, it doesn’t lock investors into an interest rate or maturity date. It’s a simple, five-page document that outlines a clear agreement between investors, founders, and lawyers—Y Combinator offers downloadable versions on their website, free of charge.

Cap or No Cap: The Case for Investor Caution

If a founder, or an investor, were to navigate to the Y Combinator’s page for downloadable SAFE notes, they would be confronted with an option for ‘Valuation Cap’ or ‘No Valuation Cap.’ The fork in the road here is representative of a major investment decision, one that many sophisticated investors keep at the core of their philosophy.

A valuation cap, sometimes referred to as a ‘cap’, states the maximum valuation at which the investor’s capital is able to be converted into equity. This is the number most investors are listening for beyond the basic value proposition. A cap effectively puts a limit on the startup’s value in the next round; if the Series A earns the startup an extremely high valuation, the early investor will have effectively avoided their shares being watered down.

The case for caps is clear from most high-level investor’s perspectives. Smart investors will rarely, if ever, touch a deal with an uncapped valuation. Without a cap, the investor is in the way of too much risk. If they’ve made the wrong bet, and they’ve invested more than the company is worth, their investment won’t come to fruition. If they’ve made the right bet, and the company is the diamond in the rough that they thought they found, their early find—and the risk that came with it—will go unrewarded without a valuation cap in place.

But there’s an equally good reason on the founders’ side to almost always set the cap on an investment. Even if an investor agrees to a no cap deal, it introduces strange dynamics in what could be a great and rewarding mentor-like relationship.

Investors are now worried that the company might do too well—that they’ll receive so much investment support as to diffuse their capital’s impact. So, while an uncapped valuation would seem like a win for founders, who wouldn’t have to offer those early shares at a lower valuation, even that win isn’t without its consequences; and most founders will struggle for a long time in the VC market before they find an investor willing to take the uncapped bet.

While it’s a move that will certainly turn heads, there are some conditions under which investors would be well-advised to invest in an uncapped note. When household-name founders, or teams with proven success in the industry in which they’re innovating, are seeking investment, the cost of admission that comes with an uncapped note is well justified. Investors are paying for a seat at the table, and if the company goes on to be an industry unicorn, capping the valuation wouldn’t have made much of a difference; the venture would be well worth it.

Under most conditions, setting a valuation cap is important not only as an investor protection but also as a turning point in the founder’s journey. An early team has an idea, maybe a prototype, but hardly anything else with which to win an investor’s trust.

In setting that initial cap, investors and startups are looking to see what they can agree on—what would be exciting for both sides of the deal, where could this idea possibly go, and how should early adopters be adequately rewarded. This is a worthwhile, engaging, and fundamental point of due diligence in the investment equation. Investors know to never say never, but the uncapped valuation is a card that’s best kept close to the chest.

This article originally appeared on ValueWalk.com and was syndicated by MediaFeed.org.

Previous Story:
6 tips for managing money when you’re depressed
Next Story:
The story of how Sean Connery beat up 6 gang members all by himself

About the Author / Zain Jaffer