The states that depend most on FEMA aid 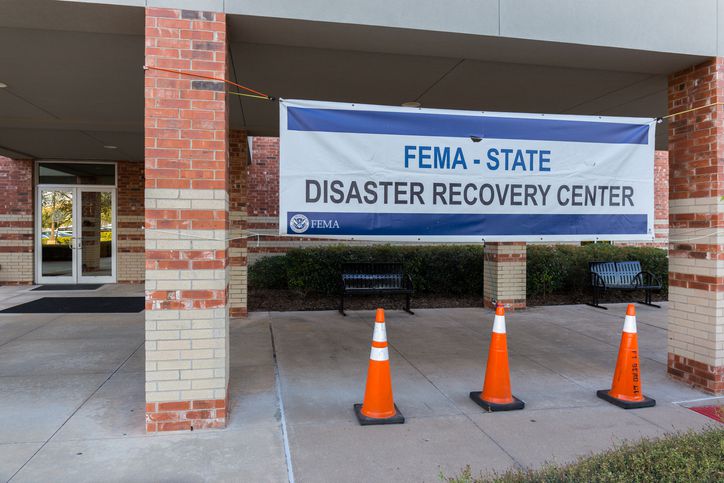 The effects of COVID-19 could combine with damage from strong summer storms and supersize FEMA’s expenses, but reeling in the agency’s spending would be disastrous for states across the country.

ValuePenguin found that since 2017, FEMA has allotted more than $45 billion in disaster relief and financial aid to communities across the nation. Most of this money is used, too. States that experience a larger number of disasters, such as Texas and Florida, depend the most on FEMA’s financial aid, but nearly every state uses a substantial amount of its allotted resources.

While FEMA’s budget has adjusted to crises in the past, the agency’s response to the unprecedented coronavirus pandemic presents a different kind of risk. COVID-19’s effect on FEMA’s expenses, coupled with a forecast for a stronger-than-normal hurricane season and the recovery efforts that could be needed as a result, necessitate a deeper look at who depends on FEMA’s financial help the most. 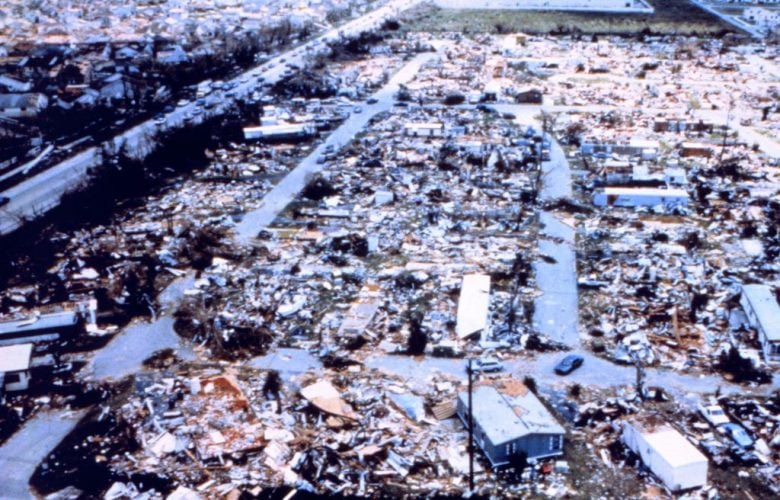 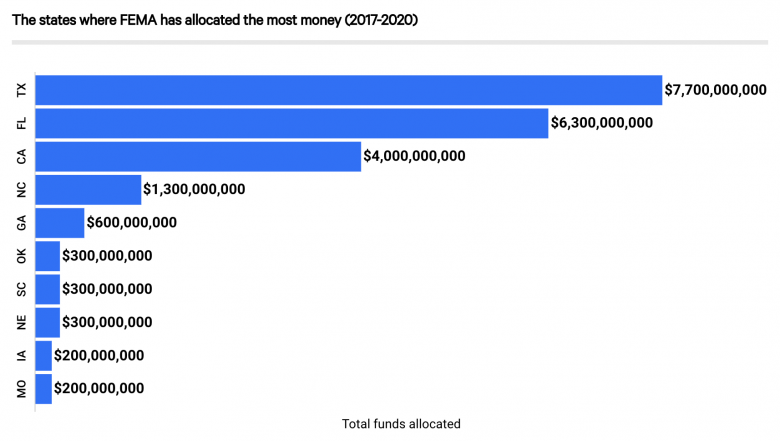 Since 2017, FEMA has allotted more than $45 billion to states the agency projects will suffer the most damage from natural disasters, and states use most of this money — if not always right away.

FEMA provides financial aid to recovering areas affected by disasters, such as hurricanes, floods or wildfires. The agency connects local governments with disaster assistance loans and constructs emergency facilities, too. Due to multiple forms that FEMA’s assistance can take, its influence is widely felt.

Across the United States, including Washington, D.C., and outer territories, FEMA has allocated about $45.5 billion since 2017 for various forms of disaster relief, excluding COVID-19. During this time, Texas has received the most money from FEMA, totaling more than $7.6 billion in federal aid and spending more than $6.2 billion.

Along with Texas, the states most likely to get FEMA money are most likely to be affected by strong disasters, such as Florida, California and North Carolina. These states all received more than $1 billion in federal aid in the last three years. Moreover, each of these states besides North Carolina spent about 80% of its funds.

Moreover, the majority of states have spent most of the money FEMA has allocated to them. Of the $45.5 billion budgeted by FEMA in the last three years, $10 billion remains unspent, free to be included in future budgets. The states that have spent the largest portions of their allotments are Utah, Montana, North Dakota and New Hampshire. These states have all spent at least 85% of their money, with Utah spending close to 90%.

Some states are less reliant on FEMA’s allotments. Arizona both receives and spends the least money. Since 2017, it received $2.3 million and spent about $720,000. Additionally, Hawaii, Kentucky, Pennsylvania and Minnesota have all spent less than 40% of their FEMA money. 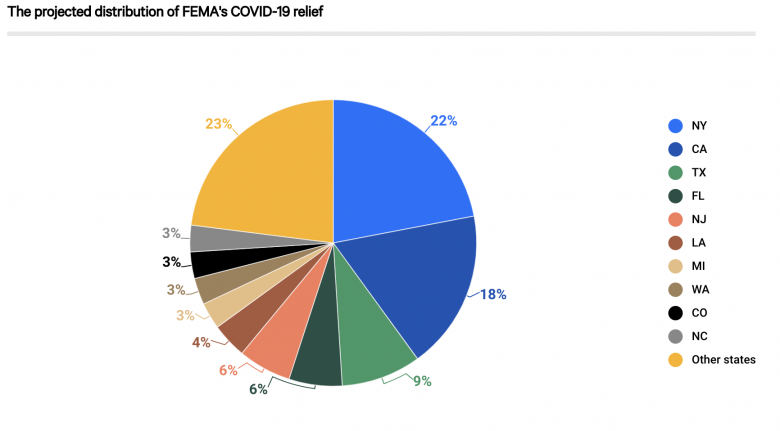 In response to COVID-19, FEMA has budgeted more than $9.8 billion of its relief funds to states affected by the virus, like New York and California — but areas with surging cases could depend more heavily on FEMA as the year continues.

FEMA’s fiscal year ends in September, when it must submit a new annual appropriations budget to Congress for approval. Before the end of this fiscal year, FEMA plans to direct more than $9.8 billion of its Disaster Relief Fund (DRF) to COVID-19 recovery efforts, with about 40% of this money currently slated to support New York and California.

Currently, New York is projected to receive a total of $2.1 billion before September, and California about $1.8 billion — substantially more than any other state. However, FEMA can request supplemental support if the situation worsens and it has to provide more relief to states with a growing number of cases.

This means states where COVID-19 is currently seeing a resurgence, such as South Carolina, Arizona and Ohio, could see more funds from FEMA before the end of its fiscal year. Right now, however, the funds budgeted to these states only account for a total of $294 million of FEMA’s budget, or about 3%.

Southern states that were hit hard by the virus are also projected to receive a great deal of relief from FEMA. As cases continue to grow, these numbers could keep increasing as the agency’s fiscal year nears its close. Texas is currently slated to receive a total of $856 million this year, while Florida and Louisiana may combine for more than $1 billion in aid.

Conversely, FEMA relief in Wyoming, Idaho, Delaware and Arkansas is only projected to total $12 million altogether. In fact, Wyoming is currently the only state where FEMA hasn’t budgeted or spent at least $1 million in COVID-19-related aid.

Besides its aid relief, FEMA has also committed money to emergency facilities and firms producing medical supplies, such as ventilators. No less than $2.4 billion has been contracted by FEMA for these purposes, with most of the beneficiaries located in North Carolina. Vendors in North Carolina received $751 million from FEMA — by far the most of vendors in any other state.

FEMA has a solid standard to provide financial assistance to Americans 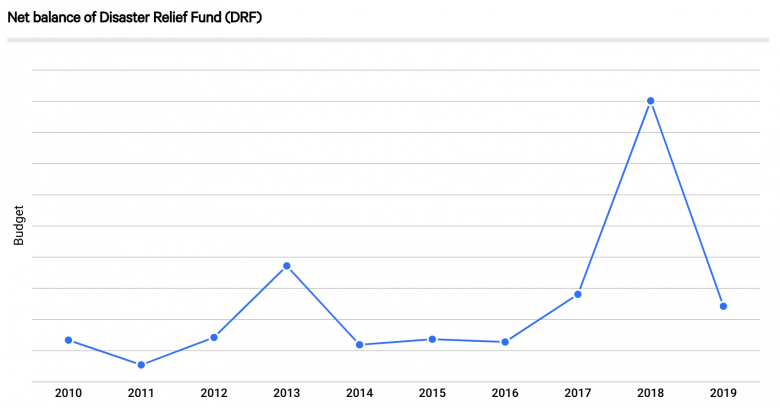 Despite its financial dependence on Congress and the Department of Homeland Security, FEMA has typically adjusted its budget according to the relief Americans need.

Although the effects of COVID-19 present an unprecedented test to FEMA’s budget, the agency’s Disaster Relief Fund (DRF) has grown to accommodate the needs of Americans in the past. For example, between 2010 and 2019, the DRF has nearly doubled.

The relief fund had two marked jumps in the last decade. In 2013, the DRF increased from $7 billion to $18.4 billion. Additionally, the largest growth happened in 2018, when FEMA reported that its DRF had an end-of-year net value of $45 billion — an increase of more than 300% from the previous year.

These increases are brought about in part by FEMA’s responses to widespread, unexpected disasters, like the flooding caused by Superstorm Sandy in 2012 and Hurricane Harvey in 2017, both which contributed to the growth of FEMA’s DRF in 2013 and 2018. Floods aren’t covered by typical homeowners insurance policies, meaning property owners must purchase coverage from the National Flood Insurance Program — an agency within FEMA.

FEMA’s continuing adjustments to its budget and Congress’ willingness to approve emergency funding mean local governments that depend on FEMA’s loans after a hurricane or wildfire and the property owners who own a FEMA-backed flood insurance policy likely won’t lose coverage outright, even as COVID-19 diverts more of the agency’s resources. 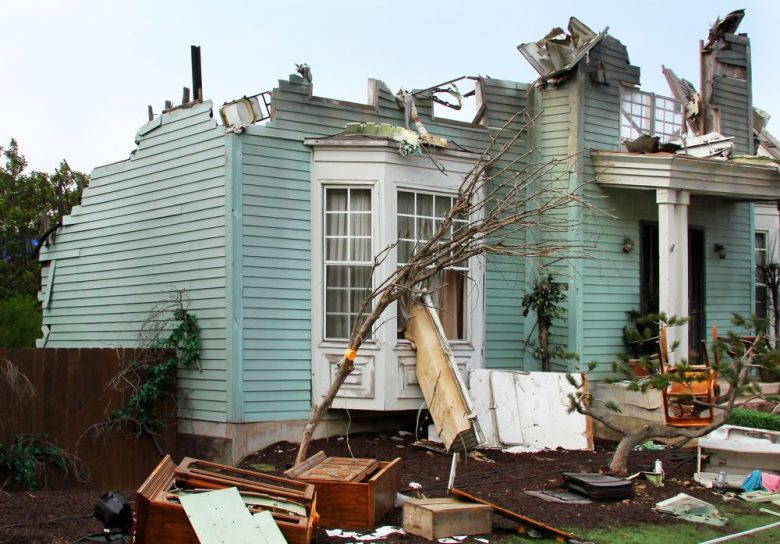 Editorial Note: The content of this article is based on the author’s opinions and recommendations alone. It has not been previewed, commissioned or otherwise endorsed by any of our network partners. 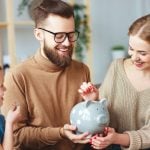 Previous Story:
12 of the most important things you can do for your kids 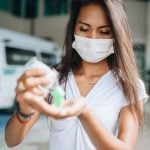 Next Story:
Are you responsible if your employee gets COVID-19 at work?