These are the best cities for early retirement 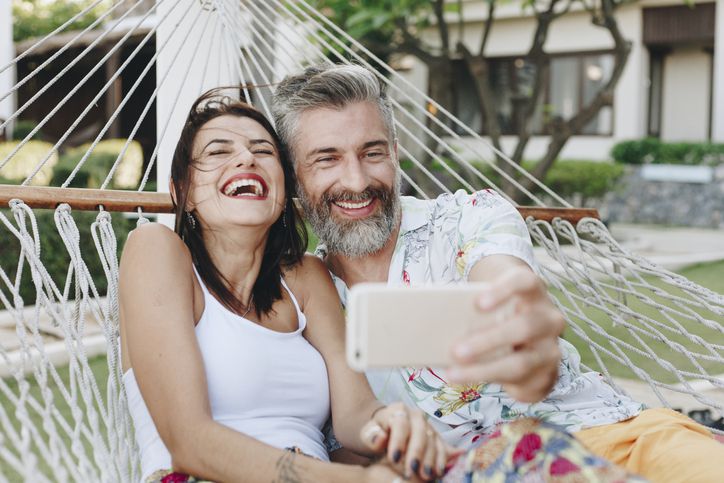 Any discussion of retirement comes with more baggage than a Kardashian on vacation. For some, it means relaxing days on the beach; for others, it’s all about the grandchildren. But whatever your plans, deciding where to retire is a huge decision with major ramifications for how much you need to save and how much you’ll have to spend.

The question of where to retire is even more central for people pursuing FIRE, an acronym standing for “financially independent, retire early.” The FIRE approach to retirement has become popular among many younger, millennial savers in recent years. In a nutshell, practitioners of FIRE aim to retire as early as they can, but only once they have achieved a level of financial independence that would free them from conventional employment. The core strategy for building a nest egg that would allow one to retire early is to adopt extremely frugal saving and spending habits.

Successful FIRE retirees anticipate supporting themselves with savings and investments for 30 or 40 years — or even longer, depending on how early they drop out of the workforce. With FIRE, it’s vitally important to choose a place to live that’s affordable enough to sustain financial independence for several decades. However, just because a community is affordable doesn’t mean it’s necessarily a place you would want to spend several decades.

To find the best communities in the United States for affordable living and a great quality of life, MagnifyMoney has assembled data on 171 cities and towns, and ranked them based on how appealing they may be for FIRE early retirees.

Which are the best cities in America for FIRE early retirement?

As you can see from the map below, the communities we looked at in our study range from sea to shining sea. Click the bar at the bottom of the map to filter the communities by ranking and you’ll find the top-ranked communities to mostly be in the South.

Best cities for a FIRE retirement

Because the best city in the Midwest doesn’t even crack the overall top 20, it’s helpful to refer to the tables below listing the 20 highest-ranking (and the 20 lowest-ranking cities) that were included in our study of best communities for financially independent people seeking early retirement, which break down the cost of living and quality of life score by city. True FIRE devotees may decide a locale’s low cost of living outweighs a weak quality of life score.

This small central Florida town provides financially independent early retirees giant savings, thanks to its impressively low cost of living. They can enjoy the Florida sunshine and numerous nearby golf courses while benefiting from a cost of living that’s about 17% to 18% below the national average — meaning $40,000 is worth roughly $50,000. Combine that with the town’s median home value of $134,600 and the Sunshine State’s lack of an income tax, and you can see why your money could go further in Sebring.

If money isn’t a limiting factor in your decision of where to retire, than you can’t do much better than this northern California town. The approximately 175,000 residents of this town report the fourth-highest satisfaction with their physical fitness, according to Gallup polling, and the pleasant summers and mild winters of this community make it a slice of paradise. But paradise comes with a price, in this case a high cost of living (21% over the national average) and a median home value of $578,700.

While the numbers don’t lie, we understand there could be reasons someone might prefer another region than the South. To accommodate geographic preferences, we’ve reviewed the best and worst community in each of the country’s four major census regions for people who want to be financially independent and retire early.

Barnstable, Mass. was the only town from the Northeast to break the top 20 overall. Notably, the cost of real estate isn’t exactly cheap — Barnstable’s median home value stands at $383,400. Still, health care is less expensive than the national average, with the cheapest Affordable Care Act Silver plan monthly premium (our standard for measuring a state’s healthcare costs) at $323, compared to the average of $452.

Where Barnstable really shines is with how satisfied its residents are. In the Gallup poll’s State of American Well-Being report, Barnstable ranked first in the nation in terms of community and residents’ sense of enjoyment, safety and pride.

President Gerald Ford may not have literally told the Big Apple to drop dead, but FIRE retirees probably should. As you might expect, New York ranks dead last in not only the Northeast, but in the entire nation for high cost of living. Perhaps more surprisingly for folks whose ideas of life in NYC may have been molded by binge-watching Friends, the city ranks rather low in our quality of life metric, as well.

This Midwestern gem ranks as the region’s most desirable place for FIRE early retirement, thanks largely to its affordable cost of living and pretty good quality of life. Healthcare is fairly inexpensive in Michigan, with the average monthly premium of the cheapest ACA Silver plan at $367 versus the national average of $452.

All-in-all, it adds up to a good deal for FIRE retirees looking to stretch their savings as much as possible.

The Windy City will quickly extinguish the savings of FIRE retirees. Illinois collects $1,237 per capita in state and local income taxes — the 13th highest amount in the nation — and out of 183 locations, Chicago itself ranks 110 in the social realm and 146 in terms of community, according to Gallup’s State of American Well Being report. Also, have you ever been there in winter? Brrr.

According to our research, the top-ranked community in both the South and the entire nation is Naples, Fla. While healthcare costs a little more in Florida than the rest of the nation — the benchmark ACA Silver plan monthly premium costs $461 versus $452 national average — the lack of an income tax is a big boon to FIRE retirees who may still be earning supplemental revenue.

Living in Naples may cost a little more than the national average, but the happiness of its residents is through the roof. The community ranks either number one or two in all five categories of community well-being as measured by the Gallup poll’s State of American Well-Being, and has topped the report’s overall list for the third year in a row.

No matter where you fall on the political spectrum, you probably think there’s plenty wrong with our nation’s capital — and you’re right, at least as far as a FIRE early retirement goes. The median value of a home in D.C. is $579,200 and the cost of living in general is 19% more than the national average, which would eat away at retirement savings.

People living in Visalia seem satisfied with their hometown — the Gallup poll ranks the community as the third-happiest in the nation when it comes to having supportive people and meaningful relationships in their lives. That’s a heartening statistic when you consider they could be your neighbors for several decades.

Rocky Mountain highs may appeal to many, but not if you’re thinking of settling down for an affordable FIRE early retirement. Denver boasts a cost of living higher than some of its residents make — an income of $40,000 only goes as far as about $37,700, while the median house value is $427,300.

Before you call the movers and retire early, you’ll have to achieve financial independence under the FIRE approach to saving. Here are some tips on how to meet your savings goal and get on with enjoying life after work while you’re still in your prime.

MagnifyMoney evaluated 171 communities in the United States to find the places most hospitable to financially independent early retirees who are utilizing different FIRE strategies. The two major criteria to determine which places were best were cost of living and quality of life. 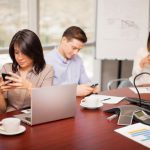 Previous Story:
13 steps to turn off digital distractions & improve your quality of life 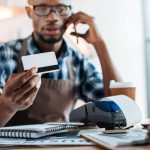 Next Story:
For small businesses, accepting credit cards is no longer optional

About the Author / James Ellis