This deadly disease is on the rise again. Here’s what you should know

More than $9 billion was pumped into the research and development of Covid-19 vaccines in 2020, the biggest injection of cash ever raised for a disease’s R&D in such a short space of time.

But what of the other infectious diseases that existed (and killed) long before? Our chart takes a look at what the R&D landscape looked like for the “big three” killers, HIV/AIDS, tuberculosis, and malaria, versus the comparatively ‘neglected diseases’ in the first year of the pandemic. 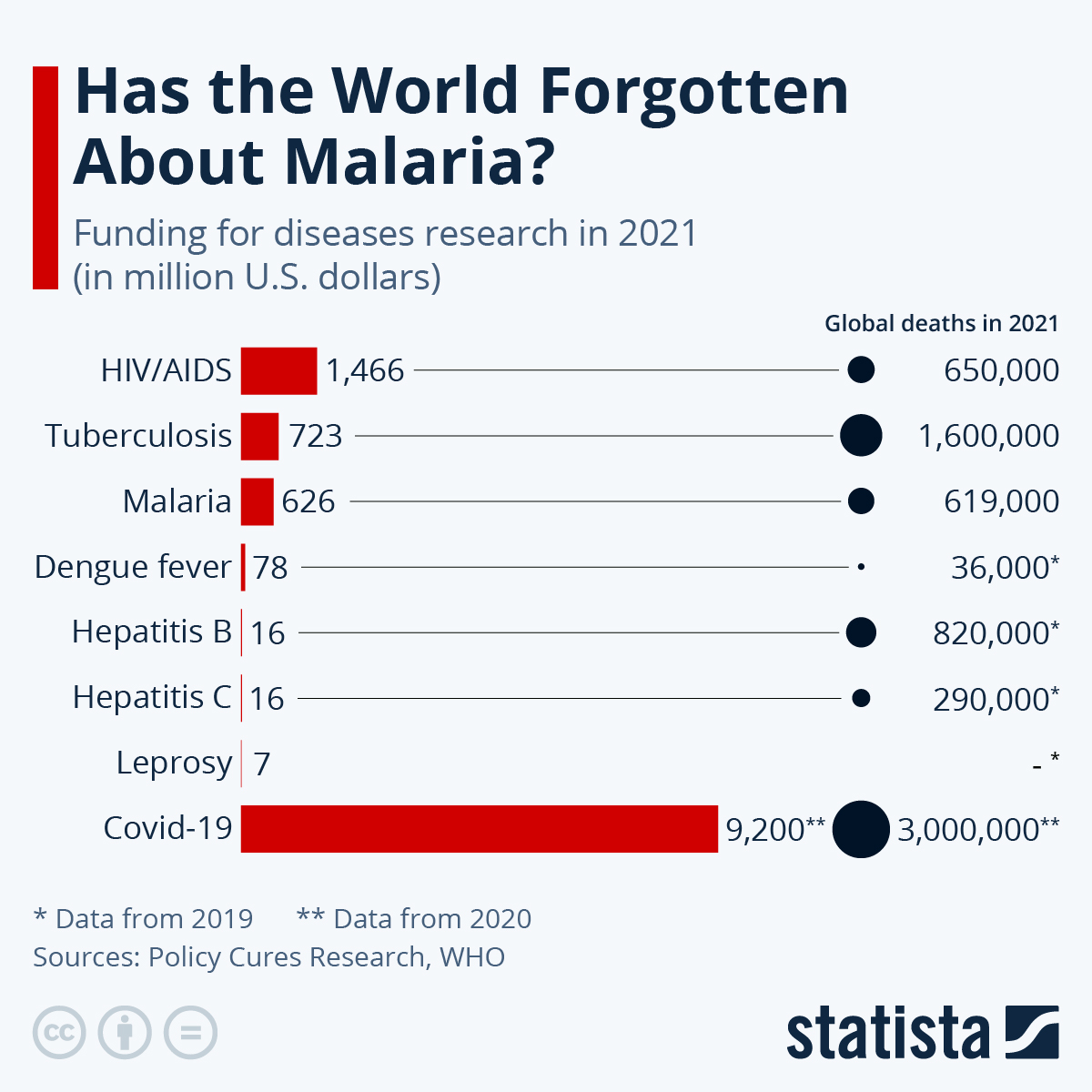 According to research by Policy Cures, malaria was responsible for 627,000 deaths worldwide in 2020, marking a 12 percent increase from the year before. While that’s only a fraction of the 3.3 million people killed by Covid that year, the R&D funding was still comparatively low, at only $619 million in contrast to Corona’s $9 billion.

Research for hepatitis B fared worse still, with only $18 million in funding, despite killing some 900,000 people. Those disparities can at least in part be explained by the scale of its perceived “burden on society”, and whether or not the disease has been “politicized” in the eye of the public through media coverage, according to Vox.

Calls have been made for more funding to fight diseases such as HIV/AIDS, tuberculosis, and malaria, as efforts to eliminate them were hampered through the Covid period.

According to the UN, between 2019 and 2020, “moderate disruptions in the delivery of malaria services contributed to 14 million malaria cases and 69,000 deaths.” This included disruptions in the distribution of insecticide-treated mosquito nets, with only 58 percent of countries completing their planned campaigns in 2020, as well as in diagnosis and treatment during the pandemic.

Is COVID-19 going to ruin your credit?

Previous Story:
43 ways to make the most out of summer’s most tempting fruit
Next Story:
Do you really save money when utilities are included in rent?