This luxury smartwatch summons a concierge 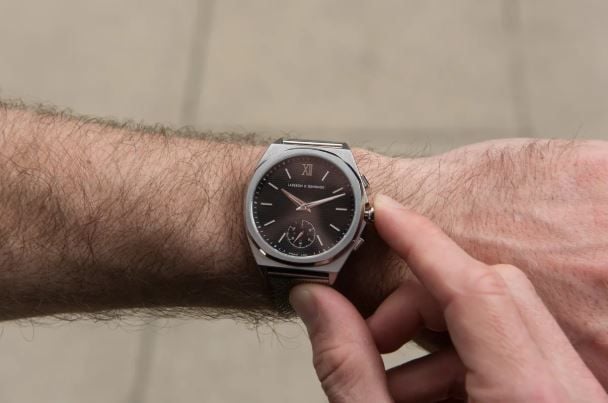 Hybrid smartwatches offer an intermediate step between a regular analog timepiece and a fully-featured miniature computer on the wrist. The latest entrant to this market is the Wave by Larsson & Jennings.

A stylish watch with a stainless steel 40mm case and Milanese loop-style strap, the watch connects to an iOS and Android smartphone app via Bluetooth. An accelerometer tracks your exercise, and a second dial on the watch face shows what percentage of your daily step target you have completed.

So far, the Wave works similarly to other hybrid watches, like those from Withings. But what Larsson & Jennings hopes will set the Wave apart is a range of features accessed with a press of the crown and two buttons at two and four o’clock.

These can be used to play and pause music, control smart home devices, and take a photo with your smartphone camera. What’s unique about the Wave, however, is the personal concierge which is accessed with a tap of the crown.

Doing this tells the concierge to call you, and from there you can ask for flights and hotels to be booked, restaurant reservations to be made, and concert or theater tickets to be bought. This works much like other concierge services, like that offered by American Express, and reminds us of what was offered by the now-defunct luxury smartphone maker Vertu.

What’s also interesting is support for IFTTT (If This, Then That), the smart home automation platform. Although Larsson & Jennings hasn’t gone into detail just yet, IFTTT integration should mean the ability to control several smart home devices at once, and set lighting scenes, with the press of a watch button.

A notification system works by pointing the watch hands at a certain number to tell you what kind of alert has just come through to your phone. For example, you could set the watch to point its hands at 12 when you get an email from your boss, or at six when you partner messages you. This is similar to alerts systems used by other hybrid smartwatches which lack a display to show additional information.

Larsson & Jennings is funding the final stages of development of the Wave through a Kickstarter crowd-funding campaign, which has so far received over three times its investment goal, with almost a month still to go. The British company says it will begin shipping the Wave (to anywhere in the world) from January 2020, and it has been producing watches since 2012.

As always, though — sending money through any crowdfunding campaign cannot be considered the same as buying from a store. Customers do not get a guarantee that they will get what they’ve funded, nor do they have a recourse through a crowd-finding site if the product they eventually get does not work.

The Wave will have a retail price of $345, but is currently being offered to Kickstarter backers for half that. The stainless steel watch is available in six different color options, including gold, silver, rose gold and black, with faces in black, blue and silver. There is also a range of leather straps to buy separately. Larsson & Jennings includes six month of concierge with some of its Kickstarter investment tiers, but is yet to say how much the service will cost after that time. 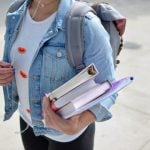 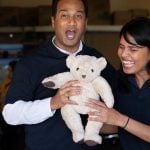 Next Story:
Here’s how this couple became social entrepreneurs