Tips for decluttering your home in the new year 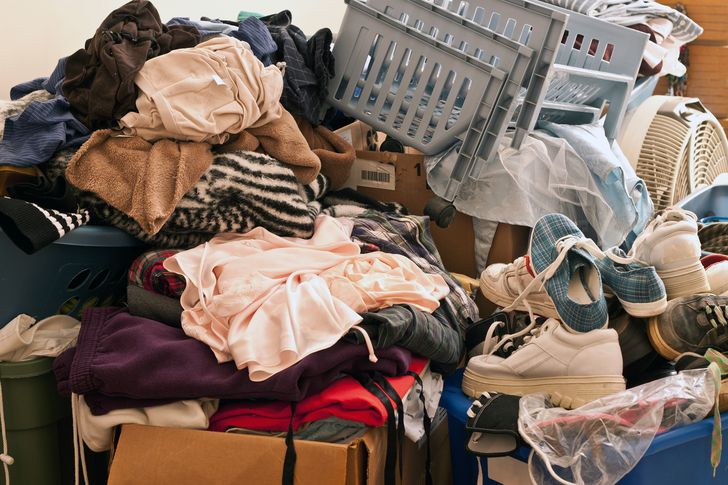 Spend a little time on Instagram or Pinterest and you’re bound to come across some very aspirational accounts. No, not exotic locales or luxury goods – it’s all about pantries, refrigerators and closets that are so pretty and tidy, even the most dedicated pack rat might find themselves fantasizing about shelf liners, baskets and color-coordinating storage containers.

Amy Tokos, a Certified Professional Organizer in Omaha, Neb., said she believes decluttering and organizing are popular now because young people don’t place as much value on possessions as many of their predecessors have.

“I’ve observed college-aged kids and teenagers,” said Tokos, “and they just aren’t as attached to stuff. Fewer of them have cars, they want to live in smaller places and own just what they need, no more. For the generations before them, the goal was to get a house, get a car and acquire stuff. Now it’s more about experiences.”

Do you look at the pristine spaces on Instagram and think your home could never look like that? Well, think again. Here are tips for decluttering even the most chaotic home – and why you should bother.

It may seem as though keeping a tidy home is all about appearances, but it actually has positive psychological benefits.

A 2016 study published in the Journal of Environmental Psychology found that clutter — defined by the researchers as “an overabundance of possessions that collectively create chaotic and disorderly living spaces” — has a negative impact on one’s ability to feel at home in one’s living space.

Of course, there’s a financial aspect to too much clutter, as well, especially if you’re planning on selling your home. Decluttering is often listed as one of the first steps in getting your house ready to sell, as removing unnecessary objects can make the home appear more spacious and relaxing to would-be buyers — a feeling that could result in a higher sales price. Consumer Reports estimates decluttering your home can result in a potential increase of 3% to 5% of your asking price.

Does just the thought of dealing with clutter fill you with a sense of dread? Lauren T., who blogs at AnOrganizedLife.info and has more than 40,000 organization-loving followers on Instagram, recommends starting small.

“Start with the smallest area of your home and take the process one step at a time,” Lauren said. “Devote 10 to 15 minutes a day to tackle a kitchen drawer, a cupboard or linen closet. Set a timer — it helps!” she said.

Tokos also recommended the 15-minutes-per-day idea. “If you try to dedicate an entire day to decluttering, you’ll procrastinate. Start small, going cupboard by cupboard or zone by zone each day,” she said.

Some good places to start are these “hot spots” where people tend to accumulate the most clutter.

Have you ever heard of the Pareto Principle? In 1896, Vilfredo Pareto, an Italian economist, observed that 80% of Italy’s wealth was owned by 20% of the population. Since then, his 80/20 rule has been found to apply to many areas of our lives, including our wardrobes. As Tokos said, the average person wears 20% of their clothes 80% of the time — that’s why you have a closet full of clothes and nothing to wear.

She recommended keeping a donation basket near the closet. “If you take something off because you don’t like the way it looks or feels, put it in the donation bin,” she said.

She also recommended turning all of the clothes hanging in your closet so the hangers face back-to-front. Over the next six months to a year, when you wear an item of clothing, return it to the closet with the hanger facing the correct way. At the end the year, you’ll be able to easily see the clothing you never wear and donate it. This works with shoes, too. If you normally store your shoes with the toes pointed in, flip them around to see which ones you’re not using.

Paper, especially mail, is a big issue for many people. Tokos recommended keeping a recycle bin just outside your door so you can dispose of most of that paper before it even comes into your house.

For papers that can’t be tossed immediately, Tokos recommended sorting them by the next action you need to take with it. For example, have a place for things to be read, bills to be paid, coupons to be used and items that need to be added to your calendar.

“Don’t just stack everything in one pile,” Tokos said. “When you organize paperwork by the next action, it’s a lot less daunting than one big pile and makes dealing with it realistic.”

Most parents know how kids’ clothing and toys seem to multiply daily, so keeping their room tidy is an ongoing chore.

Tokos recommended cutting back on the amount of clothing you buy for your kids. “Kids will wear the same things over and over again. So give them five outfits they love and don’t keep anything else in the house,” she said. This tip works especially well for accessories like socks — “if your kids have 30 pairs of socks, they’ll be all over the house. If they have seven pairs, those socks become really important and you won’t find them shoved in the couch cushions.”

Lauren stays on top of her daughter’s toy clutter by maintaining a “one in, one out” rule. “If a new toy comes into the house then an existing toy must be donated to charity,” she said. She also recommends keeping a “donate” basket in your child’s closet so you can immediately weed out any clothing that’s been outgrown.

Even the most ruthless declutterer can hit a roadblock when they arrive at sentimental items like photographs, family heirlooms and kids’ artwork. But when it comes to such memorabilia, less is more.

“If you love certain items, you need to make them a treasure and only keep a few of them,” Tokos said. If you keep too many “treasures,” they start to look more like junk.

“For example,” Tokos said, “if you have 10 boxes of childhood memorabilia stored in boxes in the basement and something happens to you, your family will never go through all of those boxes. They might look through one and toss the rest.”

So pare down your collection of sentimental items and look for ways to display your keepsakes rather than storing boxes upon boxes of these items in the basement.

Lauren offered a special tip for children’s artwork. “Eighty percent of the pictures my daughter draws are automatically placed in a “send to grandparents” file. I try to mail them out at least once a month to reduce paper clutter,” she said.

No matter which area you tackle first, Lauren recommends taking everything out of the space you’re working on, cleaning it thoroughly and then making decisions on objects one-by-one.

“Before putting anything back in the space, decide what category the object falls in: Keep, Toss, Donate or Relocate. Then it becomes very simple; the toss pile is garbage that can be discarded immediately, the donate pile is a box to be donated at the end of the week or month, and things in the relocate pile can be placed back into their proper space in another area of your home.”

After purging, Lauren recommended looking at what remains before investing in some sort of organizational system. She said a shoebox can do wonders for organizing small objects rather than simply putting them place into a newly decluttered space.

4 ways to get rid of clutter

What to do with all of the items you remove from your home? You have several options.

Remember, after you’ve decluttered your home, you’ll need ongoing maintenance to keep it organized. “It has to be an everyday thing, not an annual event,” Tokos said.

She recommended setting up systems to make it easy to maintain, like keeping a donation basket in your closet and communicating with family members to make sure everyone has the opportunity to add to the donation pile.

Keeping on top of paperwork and mail is a daily chore. “The mail never stops,” Tokos said, “and the longer you let it pile up, the more overwhelming it gets. Set a timer to see how long it takes you to go through the mail. It typically takes just three minutes if you do it daily. When you time it, you realize it’s not a huge job and you can just get it done.”

To maintain the motivation, Lauren recommends taking the time to enjoy your newly organized spaces.

“Open the cupboard you just organized and designed to perfectly suit you and your life and just bask in the glow of something you created,” she said. “Be excited and love every minute of the process.” 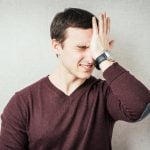 Previous Story:
10 money mistakes everyone makes at the beginning of the year 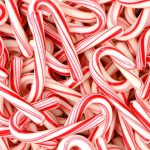 Next Story:
4 tasty ways to use all those leftover candy canes

About the Author / Janet Berry-Johnson