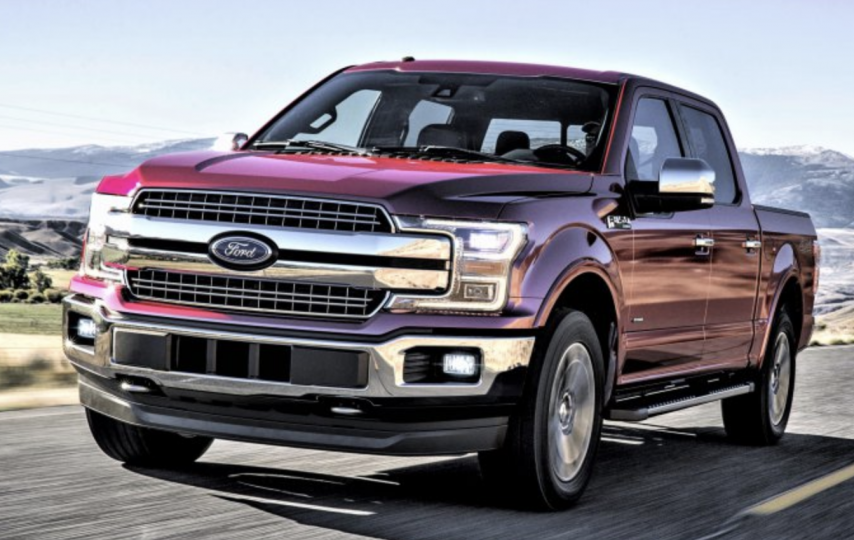 Ford F-150 has followed the Ram 1500 with a turbocharged diesel V6 in a half-ton pickup truck, each of them competing to establish a new niche for this class of full-size trucks.

While I have yet to drive the Ram, I can report that the F-150 presents an attractive package that emphasizes fuel economy and diesel durability over brute strength.

This is not a package that maximizes towing capacity, in other words. To go that route, Ford’s F-Series Super Duty range offers the V8 diesel power for hauling big boats, motorhomes and heavy worksite trailers.

All about that torque 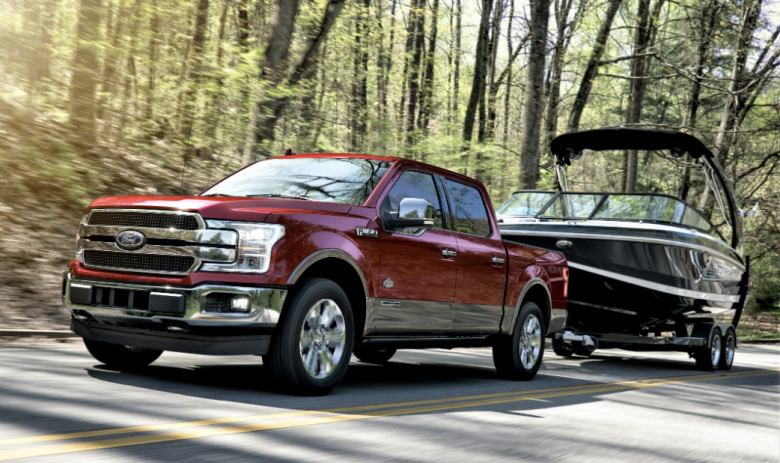 Towing capacity for the 4X4 SuperCrew tested here is 10,100 pounds, with the towing package, which should be plenty for most folks. The Powerstroke diesel in the F-150 is a 3.0-liter V6 that produces a modest 250 horsepower but cranks out a significant 440 pound-feet of torque.

The Super Duty pickups go all the way to a maximum of 34,000 pounds; a 6.7-liter V8 Power Stroke diesel generating 450 horsepower and a whopping 935 pound-feet of torque.

The comparative power delivery and fuel mileage of the Ecoboost engines might make the new diesel seem redundant, especially since it comes at a $3,000 premium and is available only in the higher trim models. The test truck was a loaded Platinum Series with features and trim that would rival a top-drawer luxury car, and with the engine option and a few other extras, bottom-lined at an eye-opening $67,380.

That the V6 turbo diesel is not available for the lower trim models of F-150, i.e. work trucks, says something about the target audience. Not the tradesman or construction worker but a well-off family or professional who wants the capability and practicality of a hefty pickup truck.

Made for bragging rights 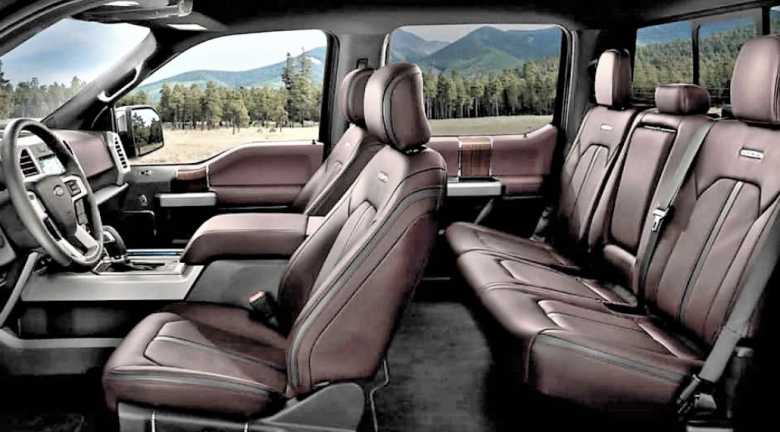 A potential buyer considering the diesel option would have to figure in the extra cost of the engine plus the higher price of diesel fuel compared with gas to decide whether the slightly better fuel mileage is worth it. Ford touts that the two-wheel-drive models are rated at 30 mpg highway and 22 mpg city, but for four-wheel-drive trucks like the one tested here, that drops to 25 highway and 20 city

Diesel engines are typically lower maintenance and longer lived than gas engines, so that would be part of the decision-making process.

Also take note that the Powerstoke diesel is a sophisticated engine that runs very smoothly with minimal roar or diesel clatter – it’s easy to forget there’s a diesel up there. Still, the V6 diesel is not expected to be a huge seller in the F-150 lineup, made available more for bragging rights and for those hard-core souls who just have to have a diesel for their rig.

The engine, by the way, is produced at a Ford plant in England which apparently would have enough capacity to supply the diesel for the smaller Ranger pickup and the upcoming Bronco SUV. So it could be that Ford is just putting its nose under the tent to get the new engine established in the U.S. for future applications as well.

Acceleration for this enormous four-door truck is pretty strong, with a 10-speed automatic transmission quickly ticking off the gears to keep the low-revving diesel in its sweet spot. The diesel engine is essentially unnoticeable on the road.

Enough space to accommodate the starting lineup of an NBA team 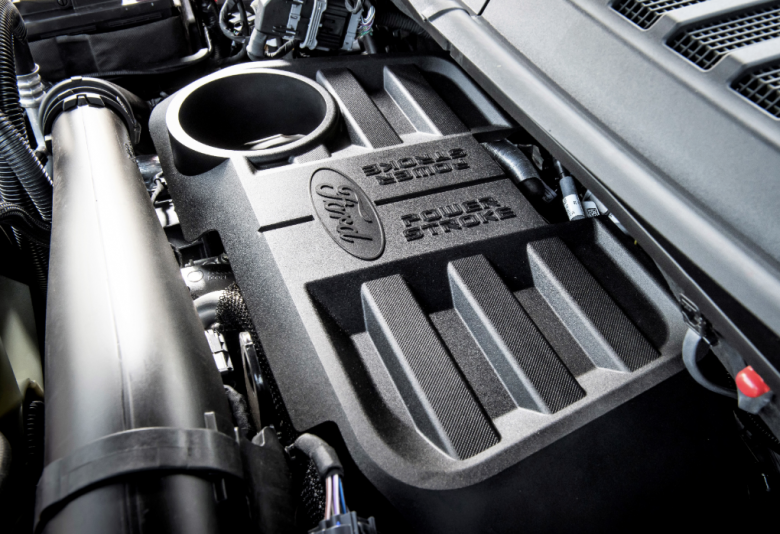 The Platinum-trimmed SuperCrew is certainly an exceptionally nice pickup truck with all manner of advanced features for comfort, driving ease and entertainment. The interior is palatial, lavishly trimmed in leather and metallic surfaces, and with enough space to accommodate the starting lineup of an NBA team. Really, the back seat is more limo-like than pickup truck.

For such a plus-size vehicle, the F-150 handles and maneuvers with decent response. The steering had a weird feel of being extra light in the straight-up position, and stiffening up as soon as the wheel got off center. This might be an effort to dial in steering feel for the electrically boosted system, but I found it to be over-effective.

This truck was fully equipped for towing and off-roading, neither of which I sampled because a) I didn’t have anything to tow, and b) I did not want to take a chance at scratching this splendid-looking truck. 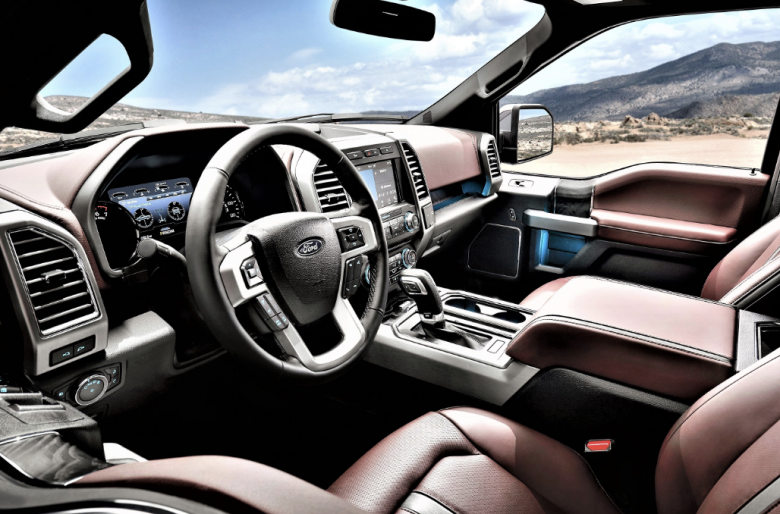 The 4×4 SuperCrew has a base price of $57,910, plus $3,000 for the diesel V6 and $2,540 for “Preferred Equipment Group 701A,” which includes the stylish and feature-laden Platinum Series trim, the Technology Package, 360-degree camera and Active Park Assist so you don’t back this big boy into anything, adaptive cruise control, stop-start engine function to save fuel in traffic, and Ford’s innovative tailgate step.

The Ford F-150 remains the best-selling vehicle in the United States, a position it has maintained for years. As for the Powerstroke diesel, potential buyers will need to decide whether it’s worth the extra cost for not much better fuel mileage and not much more capability than the Ecoboost gas engines. 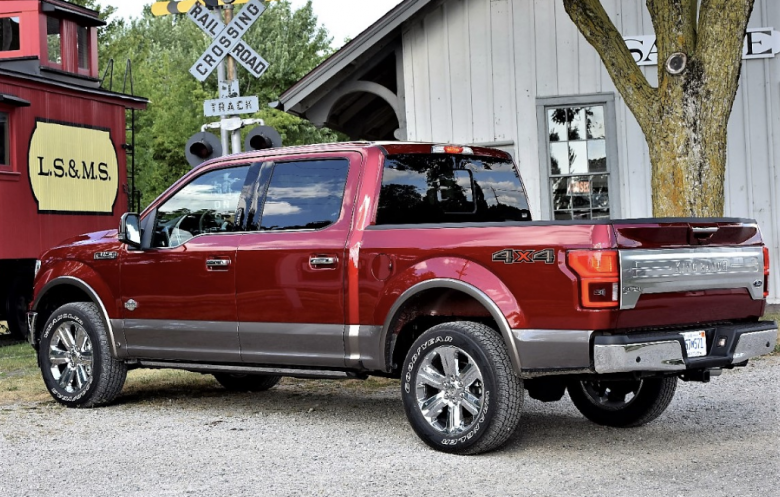 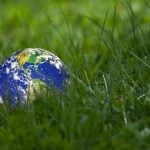 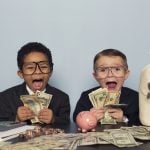