Which of the world’s largest economies has the most firearm deaths?

In the wake of many recent mass shootings, U.S. President Joe Biden is calling for new gun safety restrictions, including the possibility of expanding background checks and banning the sales of assault weapons. 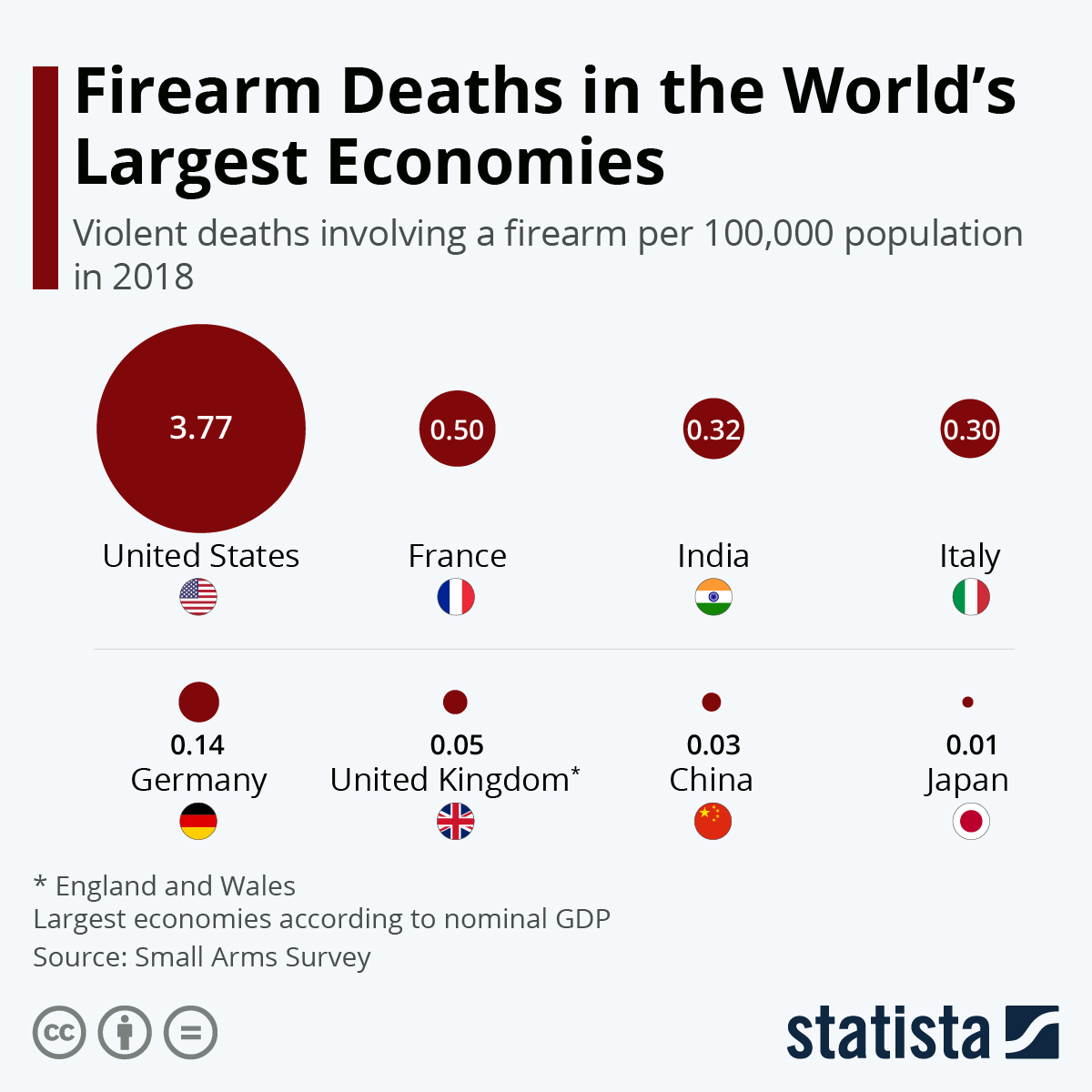 Compared globally, the U.S. rate of violent deaths involving a firearm per 100,000 population comes in well below countries such as Venezuela and El Salvador which had rates of 51.1 and 43.7 in 2018, respectively.

As this data from the Small Arms Survey shows, the U.S. rate of 3.8 is high compared to the world’s other large economies and other high-income countries. Among the world’s largest economies by nominal GDP, France comes closest to the American rate with 0.5 violent firearm deaths per 100,000, while more decimal places are needed to get down to the rates for the UK (England and Wales), China and Japan.