15 of the best travel destinations during ‘shoulder’ season 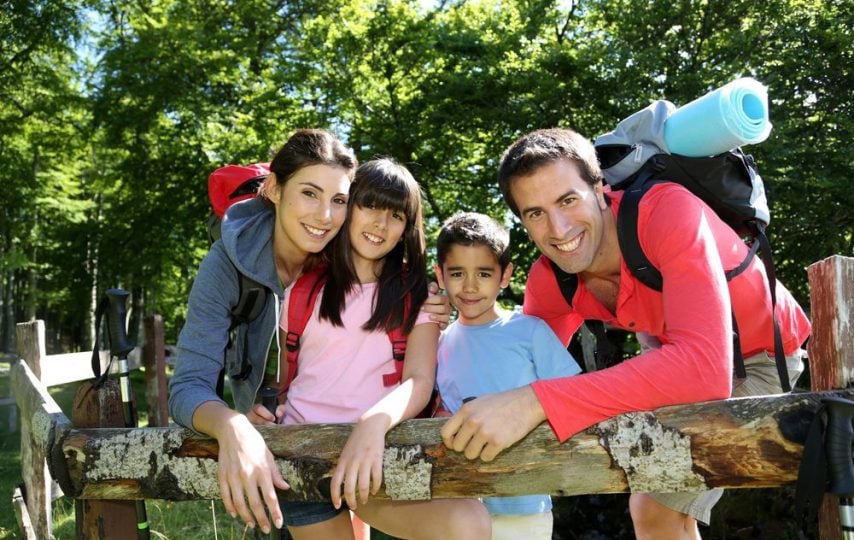 Seasoned travelers know there’s nothing worse than finding themselves drowning in crowds of thousands of other tourists. Many people share a lot of the same time constraints — such as a Monday-through-Friday job, limited vacation days, or a kid’s school schedule — so you’d be forgiven if you feel like you’re sharing a Hawaiian beach with half of the West Coast.

That’s why timing your trip with a location’s “shoulder season” can be so beneficial. Shoulder season is the travel period between the peak and off-peak season. You can still enjoy decent weather while experiencing a fraction of the crowds. Plus, it’s often significantly cheaper to book airfare and hotels since you’re avoiding the pricey peak season (and if you’re using miles, award availability is often better).

Here are 15 popular spots to visit during their shoulder seasons and what you can look forward at each location. 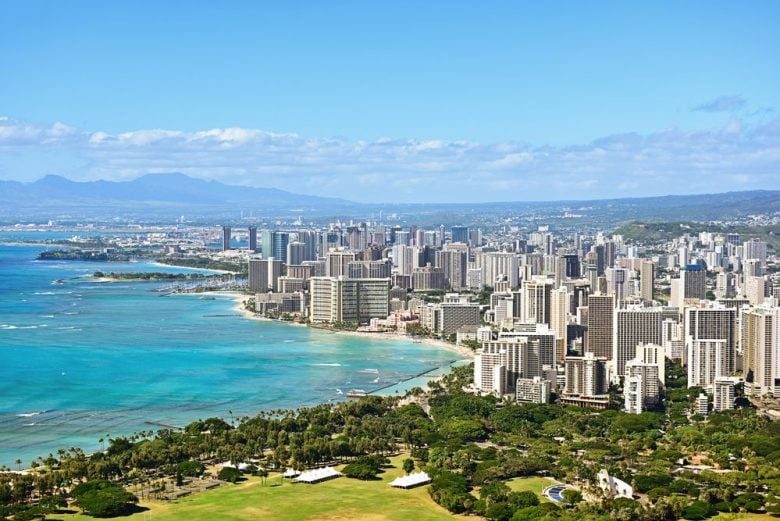 Why it’s great: The peak season in Honolulu is when it’s cold in the rest of the U.S., especially around Christmas and New Year’s. Consider a Hawaiian vacation after spring break, but before everyone’s kids are out for the summer.

The summer months are another peak season, so there’s a second shoulder season from after school starts in the fall until the Christmas holidays (though the week of Thanksgiving should also be avoided if you can help it).

The weather is still fantastic, and the festivals are plentiful. Consider the Hawaii Food & Wine Festival (October) or the Vans Triple Crown of Surfing, which happens each year during late October to mid-November. Airfares and hotel room rates are often much lower during the shoulder season than the peak travel season. 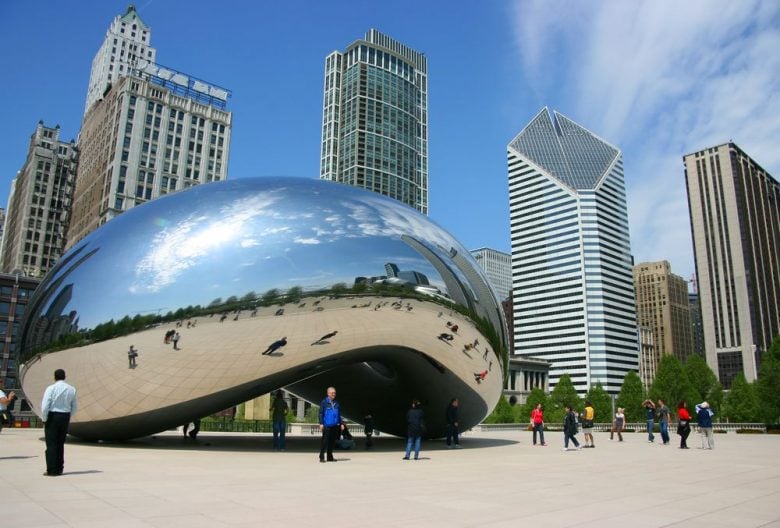 Shoulder season: April through May; September through October

Why it’s great: The summer has lots of festivals and concerts, but it’s also peak tourist season — meaning higher ticket prices and longer waits at attractions.

Instead, visit Chicago in the late spring or early fall to beat the city’s notoriously unpredictable weather. You should still have mild temperatures, perfect for taking advantage of the city’s many outdoor attractions, including the free Lincoln Park Zoo. 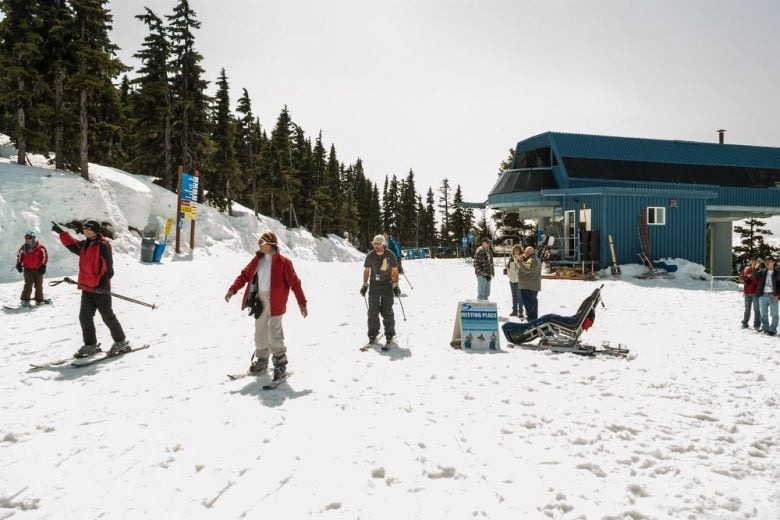 Take a hike and enjoy the colorful foliage in the fall. If you’re looking to ski, you can often hit the slopes through April. 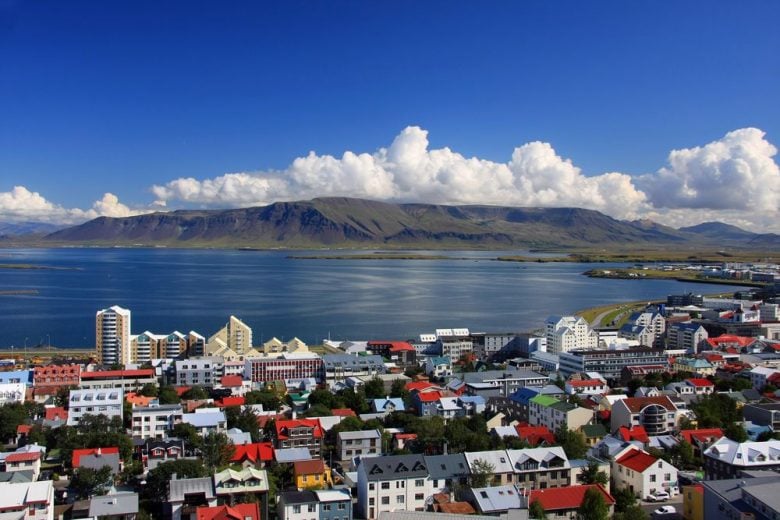 Shoulder season: March through May; September through October

Why it’s great: Because of Reykjavik’s northern latitude, you should be aware of the extreme daylight hours in summer and winter. Going to Reykjavik in the shoulder season means you’ll still have plenty of daylight hours (nearly 16 hours by the end of April), but you won’t have to put blackout curtains in your hotel room to get some shut-eye. 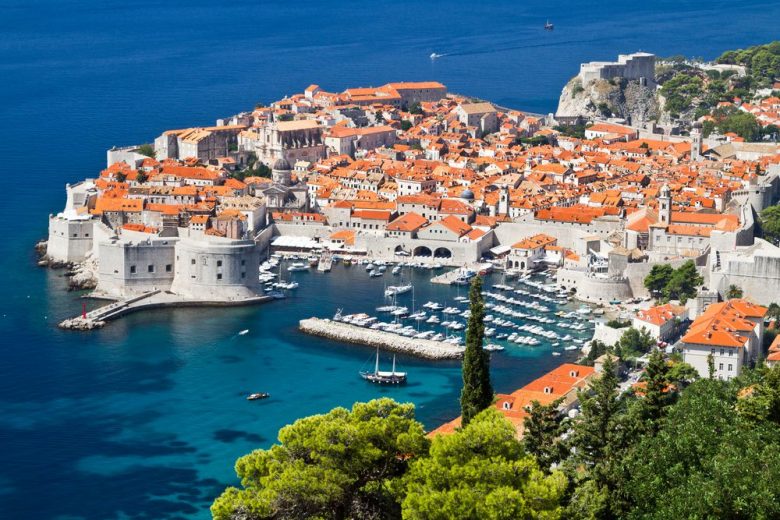 The shoulder season in Dubrovnik is shorter than in some other places — from October to April, many of the shops and restaurants that cater to tourists are closed. The end of shoulder season in the fall also starts the olive and grape harvests, which are worth a look. 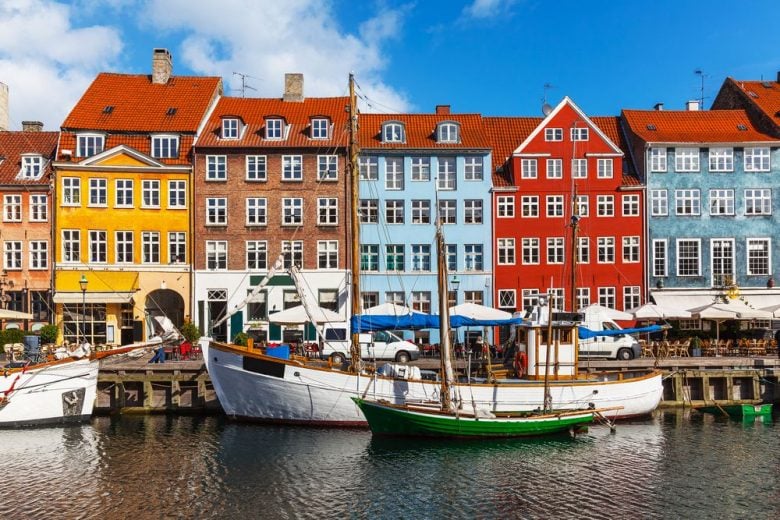 Shoulder season: March through May; September through October

Why it’s great: My son and I went to Copenhagen in August and enjoyed a day trip to Legoland in nearby Billund. We definitely still wanted long pants and jackets even in August due to Copenhagen’s northern latitude and cooler climate, so if you travel during shoulder season, make sure to pack appropriately!

During shoulder season, you can enjoy fewer crowds in sidewalk cafes and emptier bike lanes — renting a bike is a must-do if you want to experience Copenhagen like a local. Don’t miss Halloween at Copenhagen’s famous Tivoli Gardens or take part in the Kulturnatten (Culture Night), which happens each October. 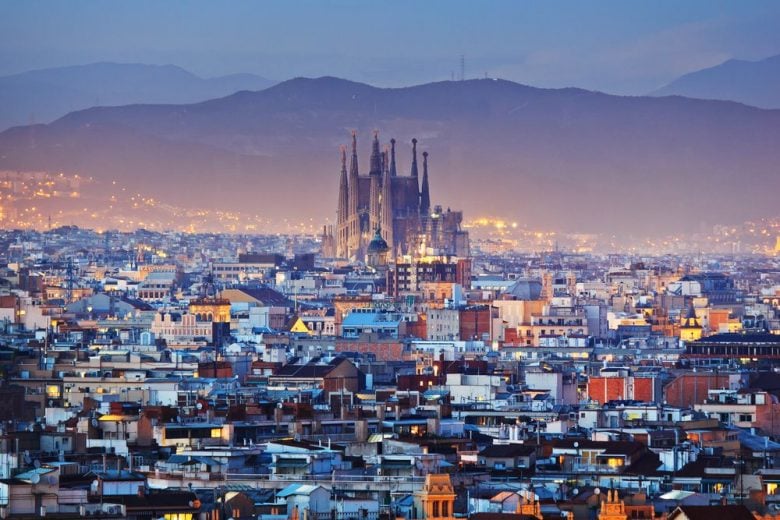 Shoulder season: May through June; September

Why it’s great: Barcelona and the rest of the Costa Dorada get incredibly crowded during the peak summer season. And in the fall and winter, high temperatures dip down into the 50s and 60s Fahrenheit, making swimming in the beautiful Mediterranean Sea a chilly venture.

But in between, temperatures are still nice for swimming and relaxing at the beach. My family and I just returned from Barcelona in early June. We spent an entire week in Roda de Bera (about 75 kilometers south of Barcelona), where we regularly had the entire beach to ourselves and got to visit the Sagrada Familia with enough space that we could still hear ourselves think. 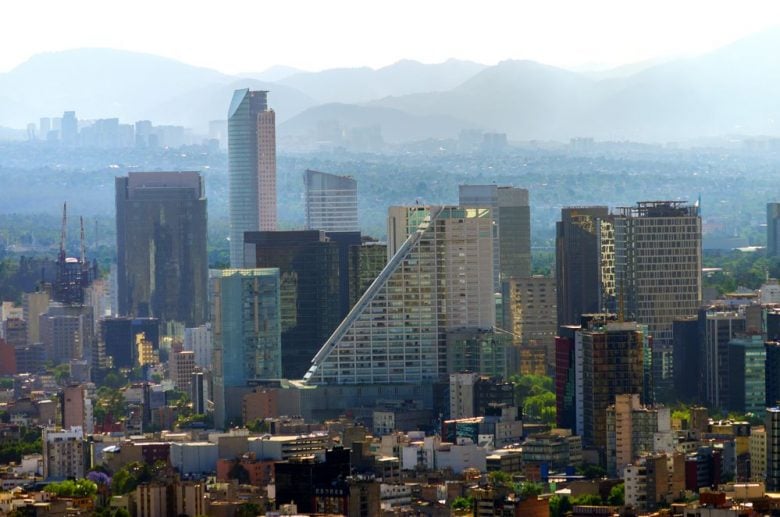 Shoulder season: March through May

Why it’s great: Temperatures in Mexico City are pleasant in the spring (with highs around 80 degrees Fahrenheit), which makes walking and exploring pleasant.

The rainy season in Mexico City runs from May through October, so if you can make your visit before that, you’re likely to be able to enjoy the outdoors more. The city often empties out around Easter, making the sites much more enjoyable. Dia del Niño (Children’s Day) takes place every year on April 30th. 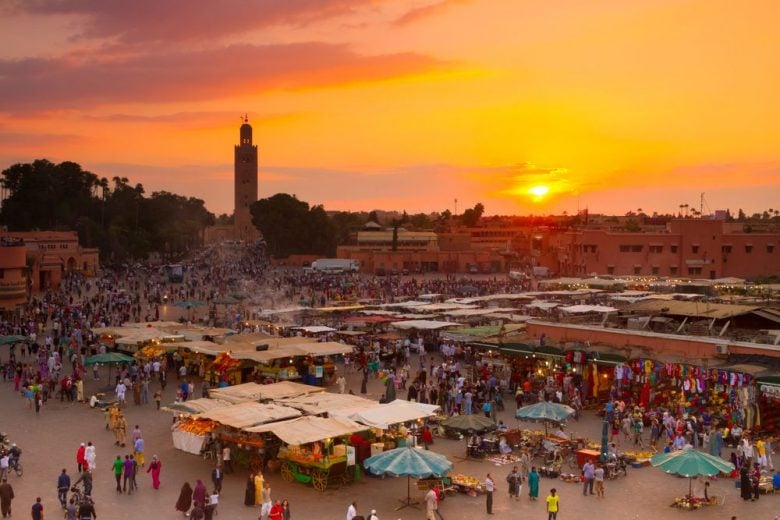 Why it’s great: Temperatures in Marrakesh during the summer approach 100 degrees Fahrenheit, which makes being outside particularly brutal. But that doesn’t seem to stop all the tourists, as summer remains peak tourist season — leaving you with a double whammy of miserable temperatures and big crowds.

Weather is much more manageable in the winter, but Marrakesh sees an influx of tourists in the winter from folks in cooler climates. Spring and autumn are the sweet spots for Marrakesh. Consider a local cooking class or a day trip into the Atlas Mountains. 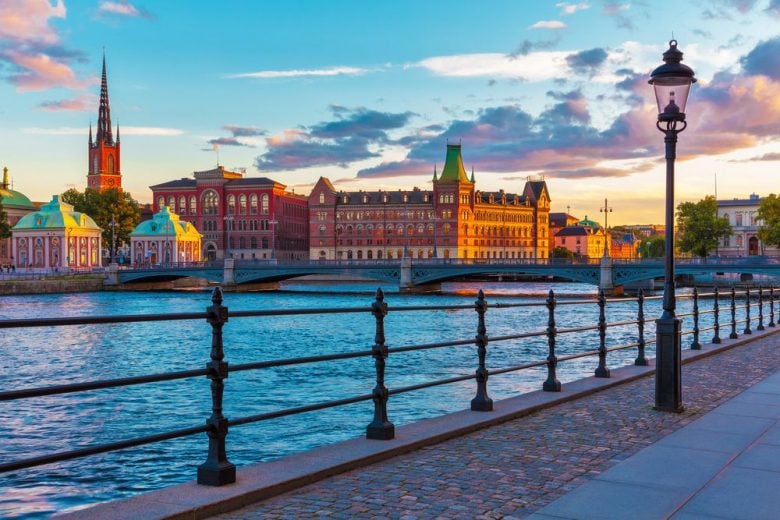 Shoulder season: May through June; September through October

Why it’s great: When my son and I visited Stockholm, we went in early September and found it to be nearly a perfect time. The weather was still a little cool, especially in the early mornings and late evenings, but crowds were definitely much smaller than you’d expect in the high season of summer.

Consider the Vasa Museum on the island of Djurgarden, which features a 17th-century warship that sank on its maiden voyage in Stockholm Harbor and has been nearly completely restored as a museum. 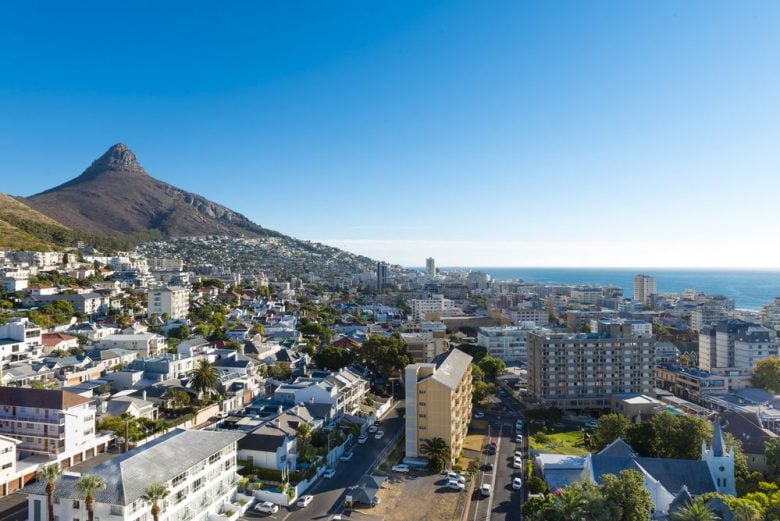 Why it’s great: Remember that Cape Town is in the Southern Hemisphere, where winter occurs in June and July and summer is December and January.

Starting in March is a good time to visit the beaches, as crowds start to thin while peak season fades. In September through November, you can catch a portion of the whale-watching season that’s a popular draw in the area. 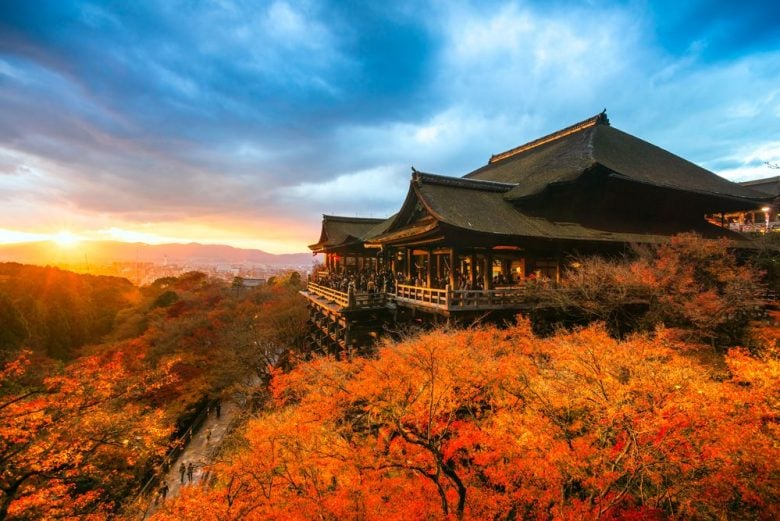 Shoulder season: May and September

Why it’s great: Kyoto is popular year-round and has one of the shortest shoulder seasons of any of the cities on the list. May in Kyoto will see smaller crowds than during the cherry blossom season in March and April, but you can still avoid the heat, humidity, and crowds of summer.

If you visit after Golden Week (usually late April to early May), you can visit attractions like the Fushimi Inari Shrine or the Mifune Boat Festival (held annually on the third Sunday in May) without all of the crowds. 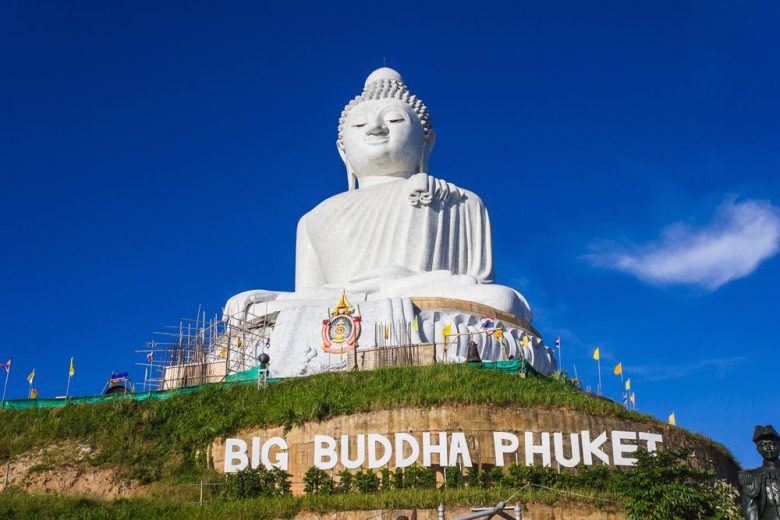 Why it’s great: The monsoon season in Phuket lasts from mid-May to October, where nearly every day is met with significant rainfall. To plan a trip to Phuket, try and visit either right before or right after the monsoon season and before the crowds of December through February.

One event to consider would be the Loy Krathong festival, which happens in Phuket every November. Loy Krathong is known as the Thai Festival of Lights — it’s celebrated throughout Thailand as locals create and decorate small boats, which they sail down rivers and streams throughout the country. 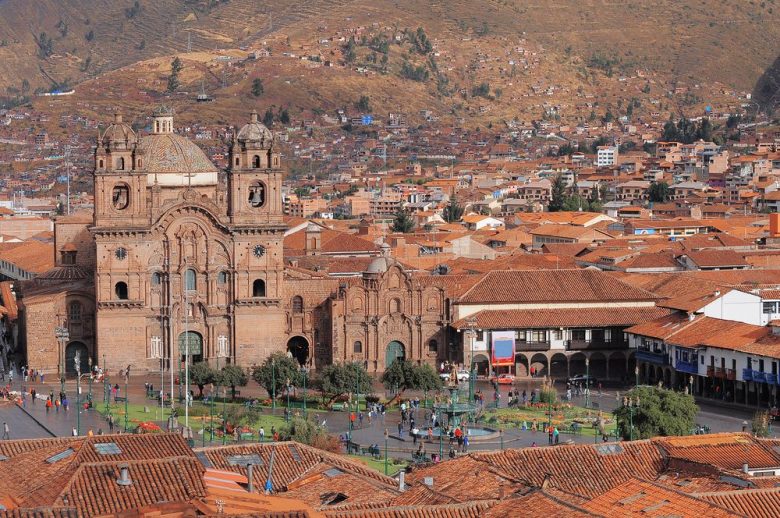 Shoulder season: May; October through November

Why it’s great: The rainy season in Cusco is from November to April, so visiting in May can offer great weather but fewer crowds than you’ll see in the peak summer months.

My wife and I went to Cusco in 2017 at the end of May. While there were still plenty of people visiting Machu Picchu, Vinicunca (Rainbow Mountain), and other tourist sites, it wasn’t nearly as crowded as you’d see only a few weeks later. 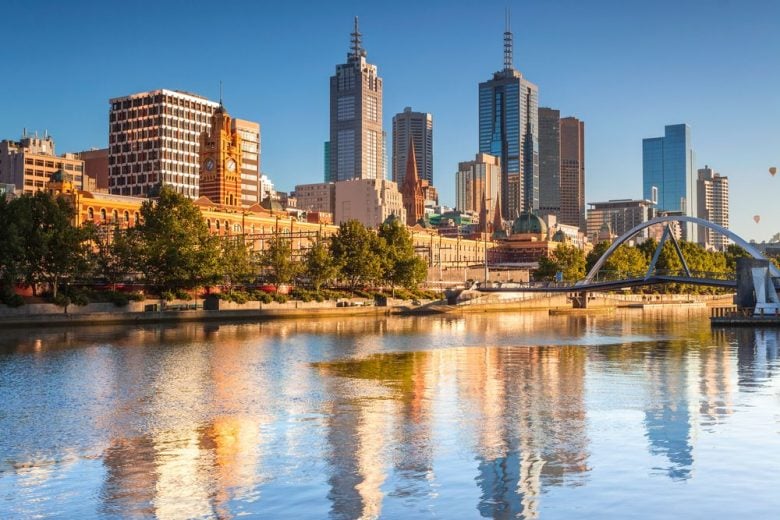 Why it’s great: Taking a trip down under is best done in the Northern Hemisphere’s spring or fall. Plan your travels for April or May before temperatures dip in June and July (Australia’s winter). Visiting then or later on in the year during Australia’s spring should bring cheaper flights, hotels, and attractions. Consider attending the Formula 1 Grand Prix in March or use Melbourne as a starting point for Australia’s famed Great Ocean Road. 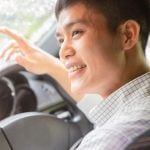 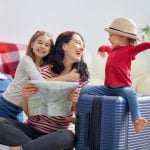 Next Story:
6 things your travel agent doesn’t want you to know

About the Author / Dan Miller