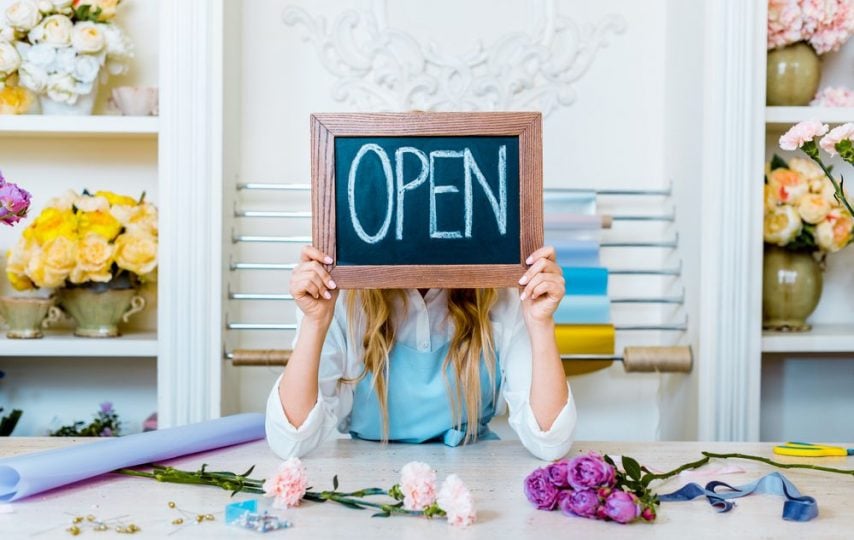 Sometimes — particularly in business — you just need someone to tell it to you straight. There are a lot of tips to sift through when you first get started, and let’s face it: Not all of those suggestions are helpful.

We recently had the pleasure of interviewing two self-employed business owners, hand-picked from the QuickBooks Ambassador Program. Both of them are fairly new to the game but have found a great deal of success so far and are happy to share. If you’ve been looking for some peer advice, you’re in luck. Here are three brutal tips you’ll need to survive self-employment and succeed as an entrepreneur.

1. Fire the people or things that don’t deliver results 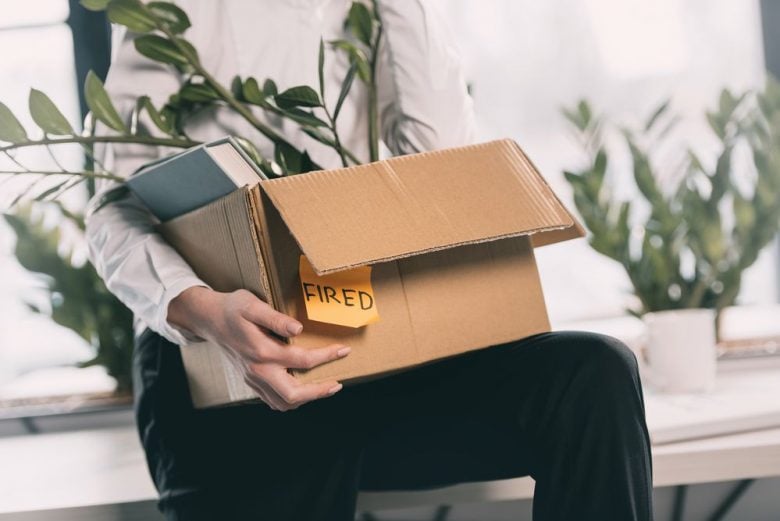 It can be tough to back off from a new strategy — particularly one you’ve already invested a lot of time and money into. Worse is having to fire someone who, through no fault of their own, couldn’t deliver the results you wanted. Part of that difficulty is pride. No one likes being wrong. It’s enough of an emotional blow to almost make you stick with the person or thing, simply to avoid admitting you were wrong.

There’s actually a name for this. It called the sunk cost fallacy, and it refers to that nasty habit people have of wanting to continue something they’ve invested time, money, or some other resource into — even if it’s not working for them. The trouble is you keep losing (money, space, resources, energy, etc.) while you wait, and that’s not good for business.

Curt Hammerly works in ceramics. He left a full-time job with CU Boulder to work for himself in his basement-turned-studio. He works around 60 to 70 hours a week, and last month, he finished 240 pieces.

When asked about strategies he’s tried and left behind, Curt talks about his experience with YouTube. Thinking he could use the platform to leverage his income and Instagram following (95 to 98 percent of Curt’s sales come directly from Instagram), he hired a videographer to help him with production.

“I was spending hundreds a month on this guy’s videography skills and having him edit video and all this stuff,” he says. Curt soon found that making content for YouTube was “outrageously time-consuming,” and it took him away from more important tasks like production and design. “A three-minute video was taking me 20 hours or more,” he says. “It wasn’t a good investment.”

As a self-employed worker, you need to recognize when you’re committing the sunk cost fallacy and act accordingly — even if it means firing a person or idea you’d once found promising.

Check out this calculator to determine the cost of your employees.

2. Stop saying yes just because it makes you money 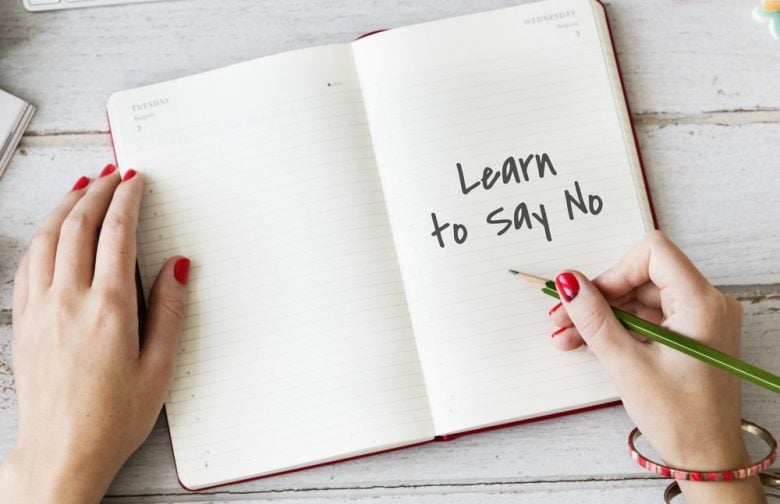 This is a toughy. Unless you’ve landed in a field that makes oodles of cash, it’s hard to say no to a project — any project — that pays. If you’re a commercial architect, you might agree to design someone’s home. If you’re a book editor, you might take on someone’s marketing materials. But saying yes to any project that falls into your lap isn’t just exhausting. It’s also bad for business.

Elisabeth Young knows, firsthand, what comes of being pulled in every direction as a self-employed business owner. As a full-time designer of luxury wedding invitations since 2016, her target audience includes brides who can afford a more custom, high-end look. But Elisabeth says she hasn’t always been able to focus on her end goal. Up until last year, she was completing a variety of projects, just to stay profitable.

“At the beginning, I was doing everything under the sun to get any sort of client work,” she says. “Whether it was wedding invitations or anything else. I was doing wood signs and wedding signage, house portraits, logo design, envelope calligraphy, calligraphy vows, the list goes on and on and on.”

“How do you start saying no to people? That’s the hard part. As a small business owner, when someone is asking you, ‘Hey, can I pay you money for this?’ obviously your knee-jerk response is, ‘Sure, I’ll take your money.’ Then, at the end of the day, it’s like, ‘Is this project really going to benefit what I want my business to be in the long run?’”

From there, Elisabeth says it’s important to be consistent. “I’ve made the mistake of making exceptions, and being like, ‘Oh, I’ll just do this one more time,’ and then totally getting screwed over,” she says. And she acknowledges, too, that by not accepting every project that’s proposed, there have been times when her calendar has been uncomfortably empty. It’s a painful consequence of saying no.

But being able to say no can also be liberating. It frees up self-employed workers to develop the service or products they want to do most. “I’m not doing any wedding signage for 2019,” Elisabeth says. “I just made that decision yesterday, because I really want to focus on the wedding invitations. That’s my bread and butter and what I really love.”

3. Don’t trust that everyone else knows what they’re doing 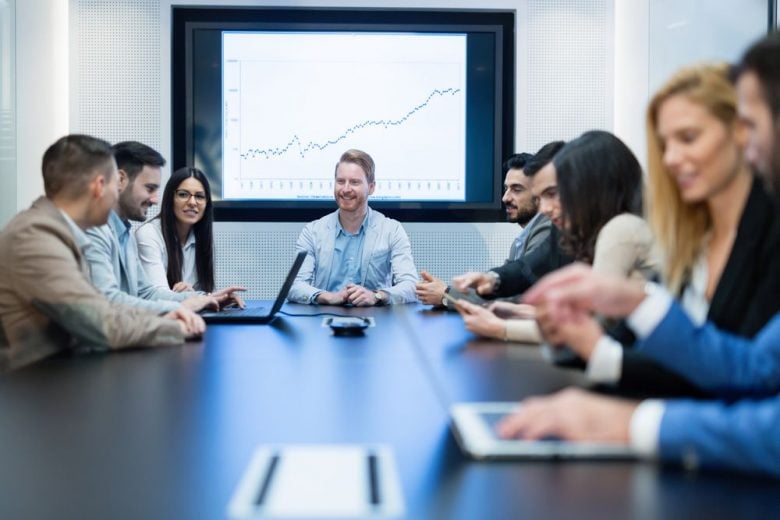 “I try to listen to every piece of advice that comes my way, while still taking everything with a grain of salt,” says Curt. He’s a member of a potter’s guild with about 70 other artisans. “When I first started this, I had people giving me advice that they used 40 years ago on how to monetize my art, and it was advice that didn’t even work for them 40 years ago.”

Curt says it comes down to differentiating between what people say and what they can show for themselves. Then it’s looking at how they run every part of their business, from marketing to sales. “At the end of the day, I listen to all the advice that I can, but some of it isn’t good, and I thank people for sharing their experiences and their advice but don’t always put it into practice,” he says.

(Want to know how sales taxes are affecting your bottom line? Check out our sales tax calculator.)

Elisabeth takes that thought one step further, explaining that it’s not just taking advice with a grain of salt but also keeping a wary eye out for those trends that everyone’s doing, regardless of whether they’re effective.

“In the wedding industry, there are things called styled shoots, where vendors get together and collaborate. No one’s getting paid. Everyone’s putting their own resources and time towards it. You basically do a fake wedding shoot,” she says. “You get models. You choose the dress. Make a cake. You make the invitations if you’re me. Everyone comes together. … The hope is that you’ll get good photos back, first of all, that you can hopefully use on your website, or Instagram, or whatever, and that second of all, you get published.”

Prior to participating in shoots, Elisabeth says she was under the impression that because everyone was doing it, a styled shoot was the next big step she needed to take to be successful. “I honestly could not have been more wrong,” she says.

Elisabeth gets frustrated when she looks back at 2017, thinking about how much of her time she gave up for free. “Because that’s what it came down to,” she says. “Getting very little in return.” What might have worked well for the wedding dress designer or the cake baker didn’t work well for her product because “not every photographer has a good understanding of how to photograph stationery correctly or how to even style it correctly.” Elisabeth says that threw her off after having been told by so many people that participating in a styled shoot was what she had to do to level up.

Check out this guide to learn more about how to properly structure your business.

Self-employed workers have to be tough to survive 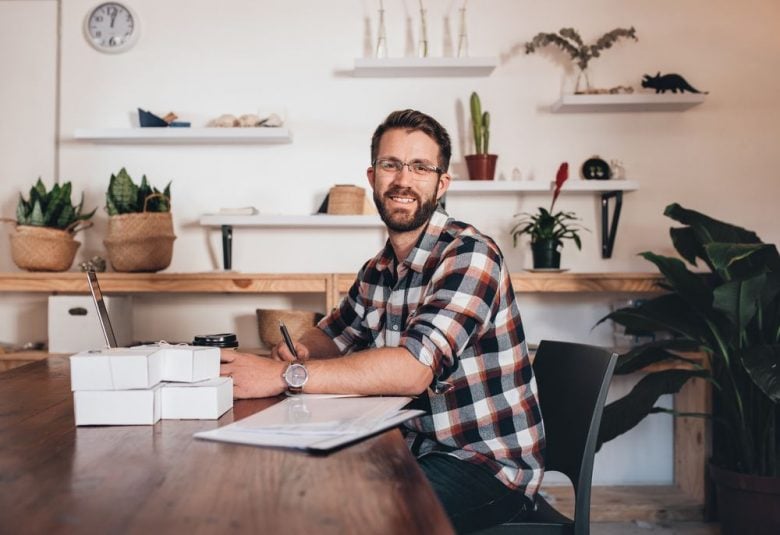 It’s not easy to work for yourself. According to Elisabeth and Curt, it’s lonely, sometimes grueling, and not always great for self-esteem, given that all self-employed workers will fail at something, at some point.

The good news is (and don’t get too excited — this blog is still all about those totally and completely brutal tips) around 70 percent of workers say they’re happier being self-employed than they were working in a traditional job. Over 65 percent say they feel more fulfilled, and around 55 percent claim their relationships have improved.

As we said, there’s a lot of advice out there, but in the end, the best tip we have is trust your judgment. Do that, and everything else is a piece of cake.

Want to learn more? Check out this guide on how to start your business. 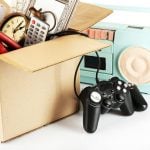 Previous Story:
5 valuable collectibles you may have lying around the house 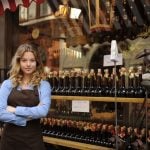 Next Story:
5 ways to boost employee morale (without giving raises)