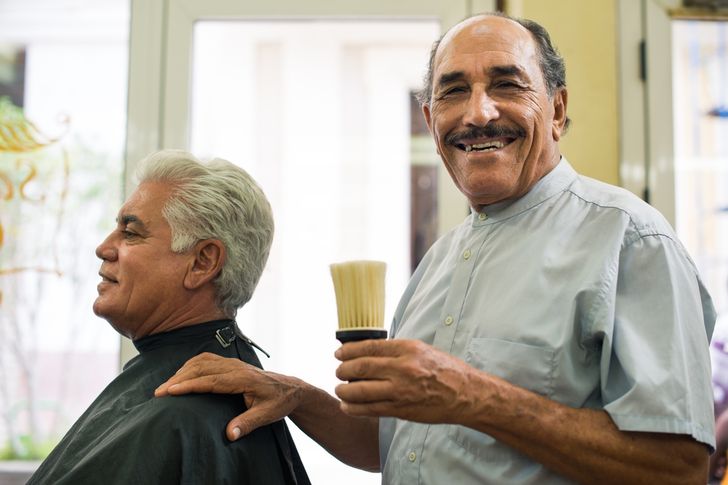 You may have noticed that certain jobs reminiscent of decades gone by have made a comeback.

Walk along the main street of any up-and-coming town or neighborhood, especially those populated by a lot of artsy young people, and you’re sure to find a barbershop that uses straight razors, marked by a candy-striped pole outside.

You might also find an artisanal brewery, leather shop, and soap makers.

So why are these old-fashioned jobs coming back when there are plenty of modern, cheaper, and faster ways to obtain a lot of these goods and services? Perhaps blame it on the hipsters.

We took a look at five classic jobs and the craze for bespoke goods that’s stimulating their return.

The need for a milkman initially went away when specialized grocers merged into modern-day supermarkets. Families could purchase any kind of milk at the same place they got their meat and produce, and no longer relied on a milkman to drop off the goods. (The stereotype of housewives cheating with their milkmen probably also didn’t help.)

These days, more Americans are looking to purchase local food again for a variety of reasons — they have more access to information about chemicals and hormones in processed food, and a rising concern with the planet’s well-being has led people to look for more sustainable options. Some regional dairy farms now offer home delivery services, just like back in the day, to account for the demand.

“I see the milkman coming back, I really do,” Hamdi Ulukaya, the founder and CEO of Chobani yogurt, said at a gathering of business journalists in New York. Food consumers are looking for major freshness without a middleman.

Overall, the popularity of bathroom attendants seems to have decreased as restaurants and bars often use gender-neutral restrooms. It’s also simply a level of etiquette that most people aren’t expecting anymore — fewer Americans carry cash, so they’re often not prepared to tip bathroom attendants, and restaurant goers simply aren’t usually expecting to freshen up their cologne or hairspray when they use the facilities anymore.

However, nostalgia-driven establishments like speakeasies and older places that put a big emphasis on old-school flare have found a huge market in millennials. Bathroom attendants are in demand in places like this as they add an almost fantastical touch of a former era.

Timothy Butler owns A Royal Flush, a company that provides luxurious portable bathrooms to high end events, and he told the New York Times that most of his events provide attendants.

“They’re much more popular today,” he said. “Maybe it’s because people realize that they add a touch of class.”

The resurfaced popularity of artisanal goods is also thanks to millennials, who stereotypically are interested in individuality and uniqueness. Stereotypical as that idea might be, it’s proven true in the popularity of sites like Etsy, where more hip consumers are turning towards home-made goods and rejecting lesser quality, cheaper mass-produced options.

The profitability of these online independent sellers varies based on a lot of factors — price, visibility, and brand strength being a few. But leather markets, some famous the world over, and local leather stores are bringing in a fair amount of traffic as people search for local, unique wares.

Hipster men are largely to thank for the success of skilled barbers. The cultural movement placed an emphasis on sculpted haircuts and trimmed beards, and a general re-evaluation of what it meant for men to take care of themselves esthetically.

“The resurgence in barbering is because of an upswing in men’s grooming,” Phil Mania of New Jersey’s Mania Hair Studio told Considerable. “It is very different from the days of getting a simple trim. It has become a means of self-expression. It is truly an art form, like all aspects of hair.”

This one might seem especially antiquated, but the art of fine mapmaking is, in fact, in demand. While these jobs look less like grizzled seafaring men hunched over parchment with a sextant and involve computers, coding, and modern GPS, government planning has sparked a boom in the mapmaking business.

The Bureau of Labor Statistics predicts that cartography jobs will grow 19% over the next eight years, a significant increase for any job, let alone one that’s been around since the beginning of human travel.

A lot of these old-fashioned jobs’ ability to thrive in 2019 is thanks to younger generations’ attention to detail and craving for special, artisanal products, but a lot is also due to a rise in certain values. Buying local food generally helps one’s carbon footprint, and plenty of people are trying to give back to neighborhood businesses instead of getting their wares from large corporations.

Don’t be surprised if more vintage jobs start cropping up around you. 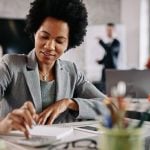 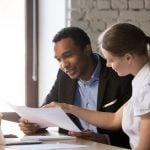 Next Story:
Bankruptcy dismissal vs. discharge: What’s the difference?