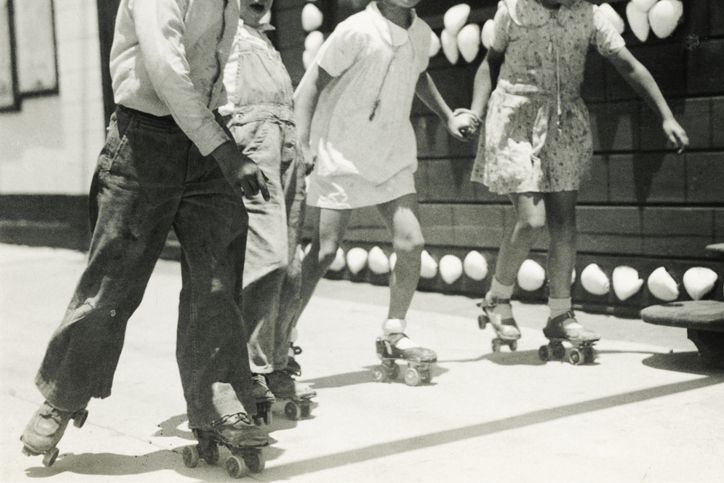 It’s pretty remarkable, when you think about it, that so many of us baby boomers have made it this far. Especially when you consider those extremely unsafe practices that our parents subjected us to that would be frowned upon today. 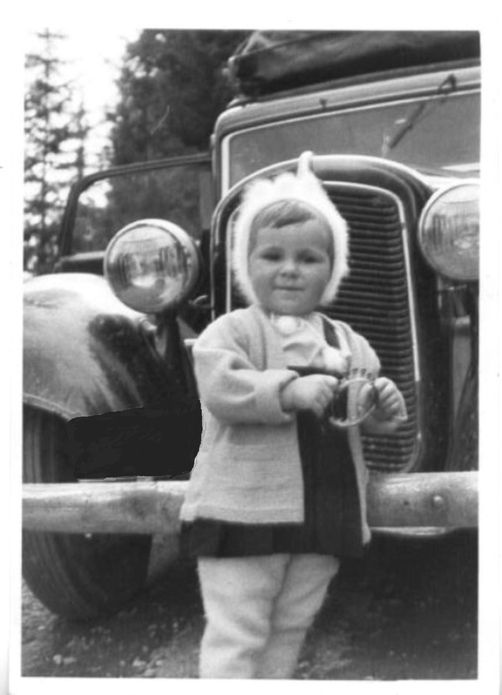 Most of us went home from the hospital lovingly cradled in Mom’s arms as she sat in the passenger seat of the family car. Granted, Dad probably drove more cautiously than usual, considering the precious cargo aboard. But still, very few cars at that time came equipped with seatbelts, much less shoulder restraints. Even the lowest-speed fender bender could have propelled junior up into the metal dashboard.

It took a while before the government really got alarmed. Indeed, the first car seats were designed to boost the baby up to see out the window (while also preventing kids from crawling around and distracting the driver).

It wasn’t until 1986 that all 50 states adopted laws requiring children to be strapped into a crash-test-approved protective safety seat when riding in a vehicle. 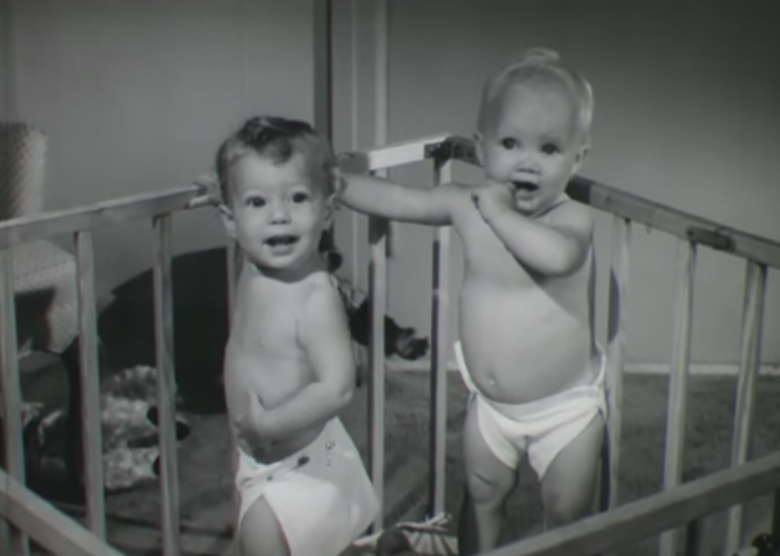 Before disposable diapers became the norm, mothers used cloth diapers — which, by necessity, had to be secured by large safety pins.

Diaper pins usually came with a large colored plastic cap on top, so they were “easy to find” (a helpful aid for sleep-deprived parents changing a diaper for the umpteenth time in the middle of the night).

But despite Mom’s best attempts at holding baby still while trying to wipe, powder and fold the diaper into place, the infant’s natural tendency to wriggle and squiggle in blissful nudity made it a challenge to pin the diaper into place without piercing any baby flesh.

Many of us probably remember Mom always having two or three diaper pins attached to the pocket of her bathrobe as she sleepily served the older kids their breakfast cereal. 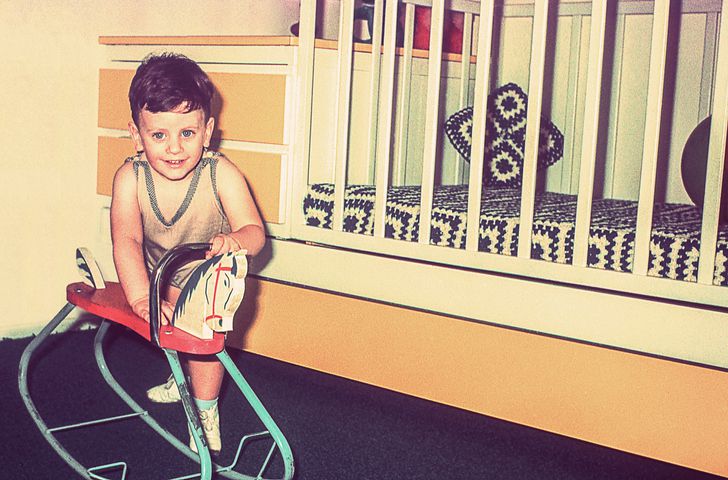 This type of baby crib was extremely common in the 1950s and 60s. One of its selling features was the one side that slid down, so Mom could more easily pick up her baby without having to lean over the tall protective walls.

It was a convenience for any new mother, but particularly those who were recovering from a C-section and didn’t have the abdominal strength to simultaneously reach and lift.

Unfortunately, some of those convenience factors proved to be unsafe, and in 2011 it became illegal to manufacture, sell or donate drop-side cribs. 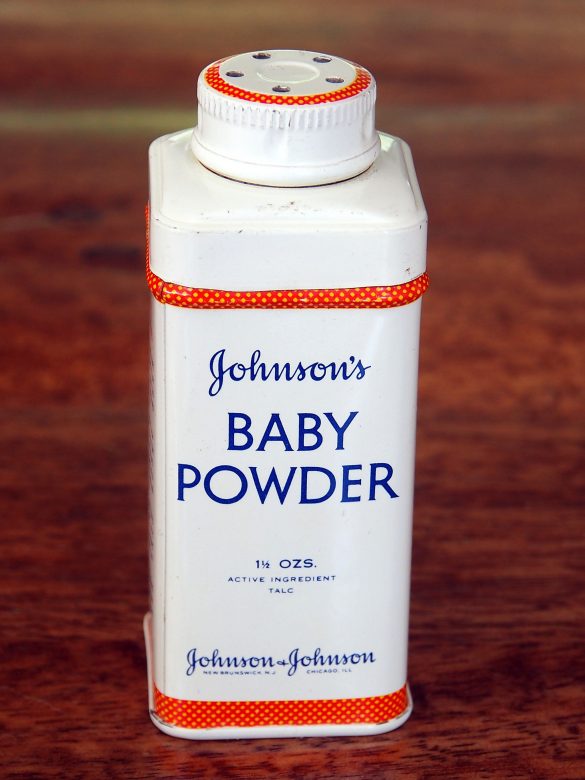 Back in those cloth diaper days, baby powder was frequently liberally applied to baby’s tushy and nether regions to prevent diaper rash. The talc, which was the primary ingredient in the powder, not only absorbed moisture, but it also had a soothing effect on baby’s bottom.

However, in recent years the use of baby powder has been discouraged by pediatricians, since the fine particles that make up talc can be inhaled and cause respiratory problems.

5. Liquor as a teething remedy 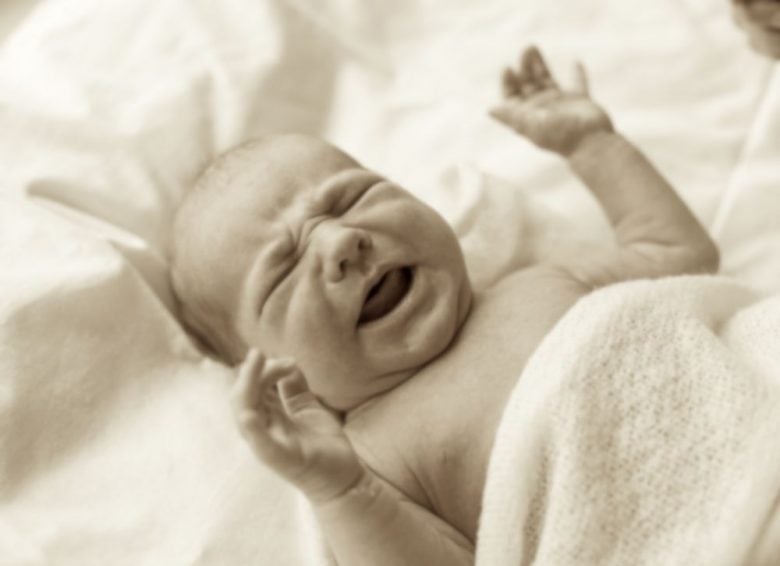 When we were teething and Mom was at the end of her rope with our constant crying, she often resorted to rubbing whiskey, brandy or rum on our gums. Pediatricians today dismiss this remedy as an “old wives’ tale” and as possibly harmful to the child.

But really, what’s the difference between a tiny bit of whiskey on a fingertip used to massage Baby’s painful gums versus today’s store-bought numbing analgesics? 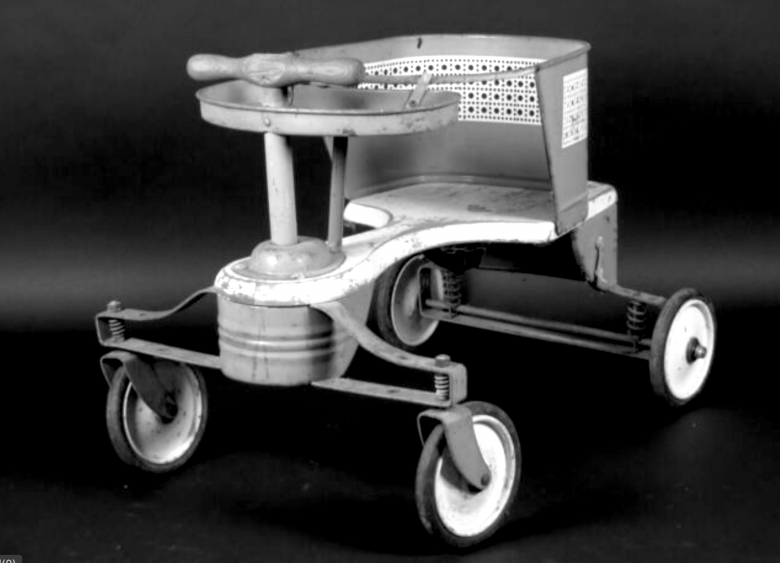 How many of us remember being relegated to the optional back “jumper” seat in the Taylor Tot stroller once a younger sibling was added to the family?

These wheeled child transporters were the product of Cincinnati’s Frank F. Taylor company, which was founded in 1921. Thirty years later the basic all-metal design hadn’t changed much, apart from some decorative work and different paint colors.

The push handle was removeable so that the stroller could double as a baby walker, allowing junior to propel himself around the kitchen, Whirling Dervish-style, while Mom was trying to prepare dinner.

The overall design flaws, safety-wise, are a bit more obvious now: no cushioning, no restraints, the ability for baby’s feet to touch the ground (see dual-purpose walker previously mentioned), and no parking brake. But still, enough of us survived our daredevil antics in the Taylor Tot to make it a hot collectible on the antique market today. 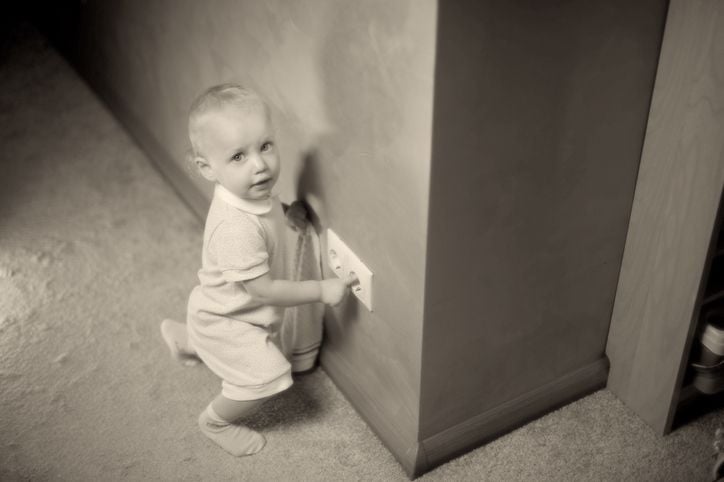 Do all of these preventive measures work? Who knows. My Mom used to swear that my baby brother (whose nickname was “Kid Destructo”) could take the hinges off any door with nothing more than an Emery board or a spoon.

Electrical outlets have always been objects of fascination for crawling infants. (“Ooh, look at those little slots…what can I stick in them?”) When baby got the inevitable shock (perhaps accompanied by a blackened fingertip) after probing that mysterious wall hole, Mom or Dad would simply admonish, “Maybe you won’t do that again, huh?” 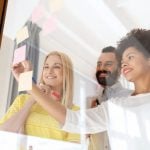 Previous Story:
Why all businesses should track employee time in 2020 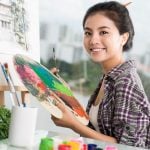 Next Story:
14 lucrative jobs that let you work less than 40 hours