All in the wrist: This tech bracelet can measure your blood count

Researchers at Rutgers University built a bracelet that can send crucial data directly to your doctor.

The wearable consists of a circuit board that wraps around the wrist and is studded with gold electrodes. It can transmit your complete blood count to a physician via Bluetooth and an Android app. Sounds pretty convenient, right? Well, anyone who’s interested in donning the bracelet should know that it doesn’t collect that blood data automatically.

Wearers have to draw their own blood and insert that sample into one of the micro-chambers on the device. Only then can the bracelet analyze the sample and forward the results to your doctor. The researchers who built this bracelet hope to one day begin “fabricating minimally invasive micro-needle or catheter-based impedance sensors,” which could then be “continuously sampling venous blood using a wearable cytometry platform for readout.”

These researchers aren’t the only ones who are eager to save people a trip to the doctor. Researchers at the University of Cincinnati, for example, devised a wearable that can detect glucose levels and even cortisol spikes. Meanwhile, MIT and Microsoft have played with temporary tattoos whose colors can change along with skin temperature.

Innovations like these are sometimes called “lab on a chip,” because they allow users to easily collect data right at home instead of at the doctor’s office.

Major device manufacturers are interested in letting users collect their own health data, too. Apple, for example, is encouraging its customers to store their clinical health records on their iPhones. There are now 78 medical centers participating in the Health Records program.

While the initial research for the wearable focused solely on blood cell counts, researchers say that it could be tuned to read “a wide variety of biomarkers.” 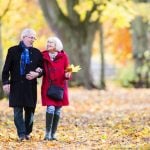 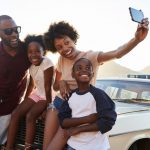 Next Story:
One simple trick to cut your life insurance costs