US states with the most firearms background checks

Americans bought 16.4 million guns in 2022, making it the third busiest year on record for firearm sales.

The National Instant Criminal Background Check System (NICS) conducted nearly 31.5 million checks in 2022, of which more than 16 million were for gun sales. This number is not inclusive of guns transferred or purchased by concealed carry permit holders in states that do not require NICS checks at the point of purchase. In fact, only about 40% of guns sold in the United States actually require a background check at the time of purchase, meaning the actual number of gun sales for 2022 is likely much higher.

Black Friday 2022 was the third-highest firearm sales day, surpassing the amounts sold on the same dates in 2020 and 2021, according to the FBI.

Each state has its own approach to gun ownership and registration, so we used Statista’s latest data report to determine which states have seen the highest increase in firearm-related background checks.

Here are the states that have the highest number of registered guns in the country. 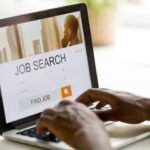 Previous Story:
9 platforms to get the remote job of your dreams
Next Story:
16 easy ways to save money by lowering your home’s carbon footprint

About the Author / Alex Andonovska