Comedian Kevin Hart reportedly spent about $500,000 on classic cars to thank his crew after he wrapped up his latest international tour.

“Just treated my guys to Old School cars,” Hart wrote in an Instagram post. “This tour has been amazing. I wouldn’t be where I am today without my team.”

In the same post, taken shortly after Hart he finished his Irresponsible Tour, Hart showed off the gorgeous muscle cars with the engines rumbling in the background. The cars, each given to a member of his team, from the 1960s and early ’70s, are a red Corvette, a Mustang, two GTOs, two Chevelles and a Camaro.

Oh, and a custom Volkswagen Beetle for someone named Joey.

The comedian said in the video that he didn’t buy a classic ride for himself.

“I love the fact that they’re gone; they’re blown away,” he said about the team members. “That’s all I needed. Nothing else.”

But that didn’t stop Hart and the new owners from starting a classic car club of their own — the Plastic Boyz Car Club.

“We are getting jackets and hats and gloves with no fingertips,” the comedian wrote in a different Instagram post. “Old man fun. We drink coffee and talk cars on Sundays.” 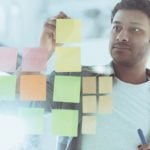 Previous Story:
Bootstrapping: The best financing option for your startup 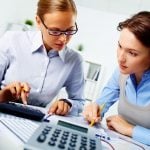 Next Story:
7 signs you need a pro to do your taxes