Do you know how apps are using your financial data?

While more than half of consumers use apps to help them manage their finances, new research suggests that most don’t understand how much of their financial data is being collected and how it’s being used.

Given the rise of apps to help consumers with tasks like balancing their budgets, paying their bills and sending money to family and friends, payments company The Clearing House sought to determine the privacy implications of using such apps and consumers’ level of awareness of them. To do so, they surveyed 3,967 banking customers. Of the survey sample, 1,999 used financial apps and 1,968 did not use financial apps.

Researchers learned that not only are consumers largely unaware of the data privacy implications of using such apps, but some would avoid using financial apps if they had a better understanding of them.

In their quest to handle money-related tasks, a sizable portion of consumers — 54% — have used a financial app in the past year, the study found. Most of them — 70% — said they were confident that their information is safe and private. Yet only 11% of financial app users surveyed said they had read and understood their apps’ terms and conditions.

That leaves a lot of room for misunderstandings, and the survey revealed a lack of awareness in several key areas:

The survey also suggests that, with a greater understanding, some consumers may be less inclined to use financial apps. Consumers were particularly uncomfortable with the idea of sharing their bank account usernames and passwords with an app, with 68% of respondents expressing discomfort with providing that information. Also, 62% said they were uncomfortable about sharing their bank account numbers.

While financial apps can add convenience to your money management efforts, it’s important to take precautions to keep your data safe. Not only should you read all the fine print about how apps will use your data, but make sure you understand the implications of linking your bank account to various online services and apps. Also, take steps to limit your risk, such as tracking bank account activity and regularly changing your passwords. 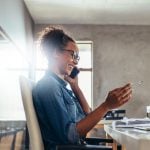 Previous Story:
How to set up a payroll system (even if you have only one employee) 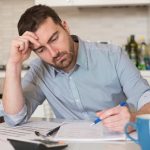 Next Story:
How to remove derogatory items from your credit report