Do you know how much money Olympic athletes make? 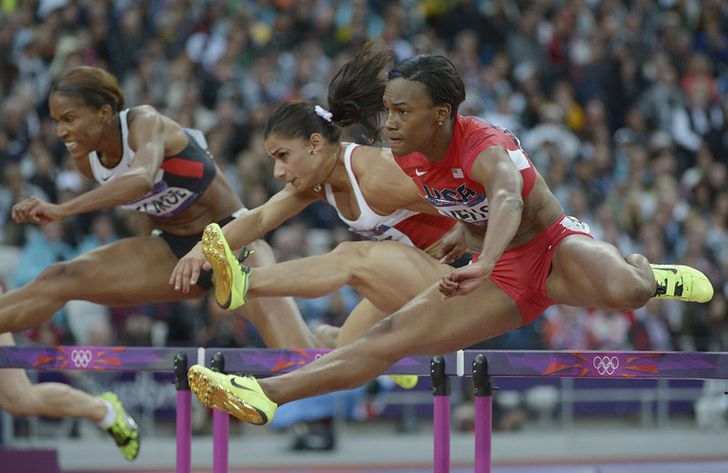 The Summer and Winter Olympics are full of some of the most exciting sports events. Seriously, when else do you watch curling, handball, or the pentathlon? But have you ever wondered, “How much do Olympic athletes make?”

For many athletes, winning an Olympic gold medal is the ultimate dream. Whether they medal or not, Olympic athletes’ pay levels vary widely. You might be surprised to see how much Olympians make.

Many professional athletes, who will never compete in the Olympics, earn more than many Olympians.

Athletes don’t receive a base salary from the International Olympic Committee just for competing in the Olympics; however, they may earn a stipend or one-time payment from their country’s Olympic committee. Each nation has a different payment policy.

Similar to actors hoping to become a famous movie star, many amateur athletes side hustle to pay the bills. Only the best-known athletes can earn a full-time income from sponsors, playing professionally, or both. If you live near an Olympic training center, there’s a chance you are interacting with an Olympic athlete in disguise.

The only income some Olympic athletes may earn is by winning a gold, silver, or bronze medal. There are approximately 1,000 medals awarded at each Olympics; although, there are more than 15,000 competitors.

The lucky winners get a prize from their nation’s Olympic committee. For instance, CNBC reports U.S. Olympians in the 2018 Winter Olympics won the following cash prize for winning a medal:

On team events, the payout might be higher, but is split between all team members.

Other nation’s Olympic committees pay a higher medal bonus. For instance, Singapore Olympians can earn $1 million United States dollars. While this is one of the largest prizes, Singapore only won one medal in the 2016 Summer Olympics. It just so happened to be a gold medal.

Here are recent gold medal bonuses for select countries from the 2018 Winter Olympics:

*All of the above numbers are in United States dollars.

The most potential income for Olympic athletes comes from brand sponsors. If you see Olympians on the Wheaties cereal box or in a TV commercial, they are getting paid.

However, amateur athletes are forbidden from receiving endorsement money. One of the best examples is swimmer Katie Ledecky. Despite winning the most medals for a female at the 2016 Summer Olympics, she couldn’t accept any endorsement money. This is because she was still an NCAA college student at Stanford University during this time.

Still, this is a fun way to make money in college.

Professional athletes, especially the “international superstars,” tend to earn the most. Even athletes who are not household names and finish strong can secure a lucrative sponsorship. It can be hard to precisely determine how much athletes make from competing in the Olympics. This is because they also earn income from other athletic events and endorsements.

Some of the highest-paid Olympic athletes

Here are some of the highest-earning Olympic athletes. It’s hard to track down exactly how much they earn by only competing in the Olympics. Although, we can still track the net worth for many athletes to see how winning medals affects their wealth. You will see a good cross-section of how much athletes can make depending on their skill, sport, gender, and nationality.

The most-decorated Olympian needs little introduction. Swimmer Michael Phelps has made over $60 million by winning 23 Olympic medals. As you have probably already guessed, most of that wealth is from endorsements.
Let’s put Mr. Phelps net worth into perspective with other male Olympic swimmers. American 12-time medal winner Ryan Lochte only has an approximate $6 million net worth.

Katie Ledecky is one of the best examples of how amateur Olympic athletes earn less than professional athletes. Although Katie has won five Olympic medals and holds numerous swimming world records, her net worth was only $68,000 in 2016. This income is from winning the Olympic medals.
As an amateur athlete, Katie couldn’t accept endorsements for her achievements, only the Olympic medal bonuses. Some estimates predict her net worth would have been as much as $3 million if she could accept sponsor deals. Just imagine how many other athletes have been in the same boat.

The world’s faster sprinter is Jamaican-born Usain Bolt. He won nine Olympic medals and retired in 2017. His estimated net worth in 2018 was $31 million. His Olympic fame has helped him ink a $10 million-a-year endorsement with Puma. He also owns the Tracks & Records restaurant brand in Jamaica and the United Kingdom.

One of the most-decorated female Olympic track stars also hails from Jamaica. Shelly-Ann Fraser-Pryce has won six medals from the 2008, 2012, and 2016 Summer Olympics. Her net worth is approximately $4 million.
As a fun fact, the legendary American Jackie Joyner-Kersee had an approximate $5 million net worth in 2016. Bear in mind that her last Olympic appearance was the 1996 Atlanta games.

One of the best international male soccer stars of this century is Lionel Messi. Some reports measure his net worth at $400 million. His current day job is playing forward for FC Barcelona in Spain’s La Liga, but he also helped Argentina win the gold medal at the 2008 Olympics. Additionally, he plays on Argentina’s national team for international competitions like the World Cup.

One of his most valuable sponsorships is with Adidas. This lifetime deal is reportedly worth more than $1 billion. Other sponsors include Mastercard, Pepsi, and Lay’s.

You may know Alex Morgan for being one of the co-captains for the 2019 U.S. women’s soccer team that won the World Cup. She has also made several Olympic appearances with Team USA including the 2012 squad that won gold. Alex also plays full-time in the National Women’s Soccer League with an annual salary of $56,000.

Her approximate net worth is currently $3 million. Key endorsements include Nike, Coca Cola, and Molecule.

Serbian Novak Djokovic has the highest career earnings in tennis. Yet, he has only won a single bronze medal in three Olympic appearances. His career earnings are currently above $135 million according to the ATP Tour. He earns an estimated $22 million each year in endorsements. His estimated net worth is $200 million.

Tennis is another exciting sport where female athletes can earn more than their peers, but still not as much as their male counterparts. Serena Williams is the highest-earning female star who has won five Olympic medals and dozens of tournament titles. Her estimated net worth is $180 million.

Shaun White is easily the highest-paid Winter Olympian. He has won three Olympic golds and multiple X-Games awards. His estimated net worth is a cool $40 million which is mostly from endorsements. His key sponsors include Burton, Kraft, and Red Bull. He also has licensed video games as well.

The highest-earning female Olympic snowboarder is Jamie Anderson. She, too, has won three Olympic gold medals and several X-Games medals, but she doesn’t have quite the resume as Shaun White (yet). Her estimated net worth is approximately $4 million.

Simone has won more Olympic gold medals than any other male or female gymnast. Her approximate net worth is $4 million. Gymnastics is also one of the most-widely watched Olympic events where the best male and female athletes have one of the smallest pay gaps. Simone’s net worth is competitive with, or higher than, most male Olympic gymnasts.

Some say that Japan’s Kohei Uchimura is the best male gymnast of all-time. He currently has three gold medals and four silver medals. His net worth estimates vary widely between $1 million and $10 million. What we do know is that the Japan Olympic Committee has paid him approximately $226,600 US Dollars for his achievements.

Each country’s Olympic committee determines how much their athletes make for winning a medal, but the real money is in endorsements. Contrary to popular belief, many of the world’s best athletes don’t make a livable income from their athletic talent.

This article originally appeared on WalletHacks.com and was syndicated by MediaFeed.org.

Previous Story:
The top 25 employers in Boston
Next Story:
Crypto arbitrage: How it works & trading strategies

About the Author / Josh Patoka