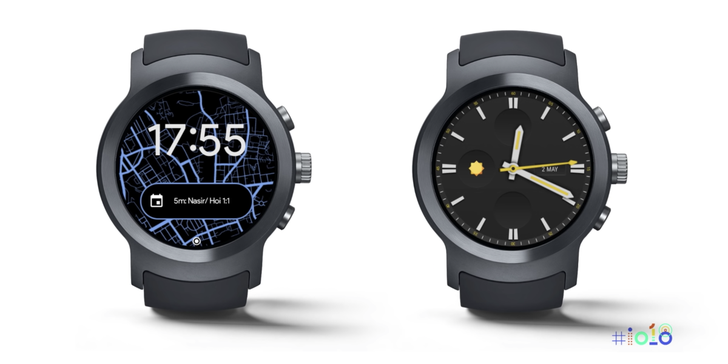 The company is tipped to release its first own-brand smartwatch later this year.

Unless you are completely clued-up on the ins and outs of the smartwatch industry, the fact that Google is yet to produce one of its own will likely come as a surprise.

Apple has been selling its Watch since April 2015, while Google’s Android Wear operating system (recently renamed Wear OS) has been powering smartwatches built by other companies since 2014. Samsung’s first stab at a smartwatch, the Galaxy Gear, landed in 2013 and has been honed and refined ever since.

Yet there has never been a Google Watch, a Nexus Watch, or a Pixel Watch.

That is, until now. If the insider gossip and rumors are to be believed, Google is preparing to launch up to three Pixel-branded smartwatches later this year. These devices will likely be revealed at the company’s fall press event, where the Pixel 3 and 3 XL smartphones are also expected. There may even be a second-generation Home smart speaker, too.

With the recent rebranding of Android Wear to Wear OS, plus the steady success of the Apple Watch acting as bait, Google’s entrance to the market this year wouldn’t be a surprise.

Although Apple got off to a reasonably slow start (for its lofty standards), the iPhone maker is estimated to have sold 3.8 million watches in the first quarter of 2018, giving it 18 percent of the global smartwatch market, according to data from Canalys.

According to the same data, the global wearable market — including fitness trackers as well as smartwatches – grew by 35 percent to 20.5 million global sales in the first three months of 2018.

And the future remains bright, as famed Apple analyst Ming-Chi Kuo predicted earlier in 2018 that sales for the year could reach 28 million for the Apple Watch alone, before soaring to as many as 50 million annually by 2021. Kuo believes the recent addition of LTE, meaning the Watch can operate without a nearby iPhone, will drive many of these sales.

If Apple’s success and the buoyancy of the wearables market is anything to go by, Google will surely want a piece of the action.

What we know so far

We’re still a few months away from when Google tends to launch new hardware, at its fall media event, so details on the Pixel watch remain sketchy. We expect this situation to change between now and the fall, however, so this article will be updated as more information comes to light.

As is so often the case these days, our first sniff of a Pixel watch comes from Twitter and notorious tech leaker Evan Blass. He tweeted on May 10 this year: “Besides the Pixel 2, Pixel 3 XL, and second-gen Pixel Buds, a reliable source tells me — with high confidence – that Google’s fall hardware event will also introduce a Pixel-branded watch. Have a great summer!”

Blass has built up a strong track record for predicting future devices from tech firms, which gives us high hopes for his Pixel watch claim becoming a reality in the fall.

As for price, the Pixel name suggests Google will give its first smartwatch a mid- to high-end price tag, just like the Pixel 2 and 2XL smartphones, which are priced from $649 and $849 respectively. The Apple Watch starts at $329 and the Samsung Gear S3 costs approximately $300, so it would make sense for Google to pitch the Pixel watch at a similar price point.

Blass’ claim was bolstered a day later, on May 11, when German tech site WinFuture claimed a source had also revealed the existence of a Pixel watch – and that Google is working on three different models. The site said it has heard about a Pixel-branded watch from its own sources, and that “instead of just one model, there are three ‘Google Smart Watches’ in the pipeline that are to be offered”.

It is unclear, the site says, as to whether the three models will each be different sizes, or if there will be variants with or without LTE connectivity (as with the Apple Watch). What is certain, WinFuture claims, “is that Google, Qualcomm and their hardware partners have been working on the project for more than a year, and it appears that several times this has led to massive delays”.

These three models are reportedly codenamed Ling, Triton and Sardine. We suspect these names will relate to three subtly different versions of the same Watch, like how Apple sells Nike and Hermes versions of the Watch, but it’d be exciting for Google to prove us wrong and launch three totally different wearables at once.

It goes without saying that any Google smartwatch will use the company’s own Wear OS software, which replaced Android Wear earlier in 2018. Wear OS watches work with Androids and iPhones, and includes a number of apps from Google and third parties like Uber. Wear OS includes the Google Assistant for looking things up online by asking questions, and controlling your smart home with spoken instructions.

We suspect Google will put its Assistant front-and-center on the Pixel watch, flexing its AI muscles just as it does with the Pixel smartphones and Home smart speakers. We’d like to see Google use the Assistant to offer up useful location-based information on the watch screen, such as local places to eat when we’re walking at lunchtime, or nearby bars when in an unfamiliar city one evening.

As with other smartwatch platforms, Wear OS shows notifications and incoming phone calls, and there’s even a tiny on-screen keyboard for typing out replies, which works surprisingly well on such a small (and circular) display.

Fitness apps from the likes of Strava and Runtastic use the accelerometer (and in some cases, the heart rate monitor) of Wear OS watches to detect, measure and log exercise. There are also apps for music playback via Bluetooth headphones connected to the watch.

It will be interesting to see if Google gives its own Pixel watch some exclusive Wear OS features not available from other manufacturers, but there is nothing to indicate this for now. As with Pixel smartphones and Android, a Pixel watch will likely be seen as the purist form of Wear OS, uncluttered by the watch faces and baked-in apps of other manufacturers.

Mobile chipmaker Qualcomm has said it will release a new processor designed for use in Wear OS devices before the end of 2018. This is very good news, because the company’s current watch processor, the Snapdragon Wear 2100, has been with us since early 2016 and is in need of a refresh.

Speaking to Wareable in May, Pankaj Keidia, senior director of wearables at Qualcomm, confirmed the new smartwatch processor and said it will launch inside a new Wear OS flagship due on sale by Christmas.

The processor’s performance is unknown for now, and we’re also in the dark when it comes to storage, memory, battery life and even screen size and resolution. It is highly likely that details on these aspects will leak out over the coming months, and we will update this article when they do. 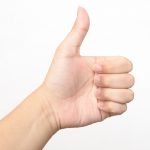 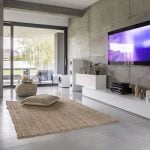 Next Story:
Smart home tech for millionaires: Top devices to buy when money is no object