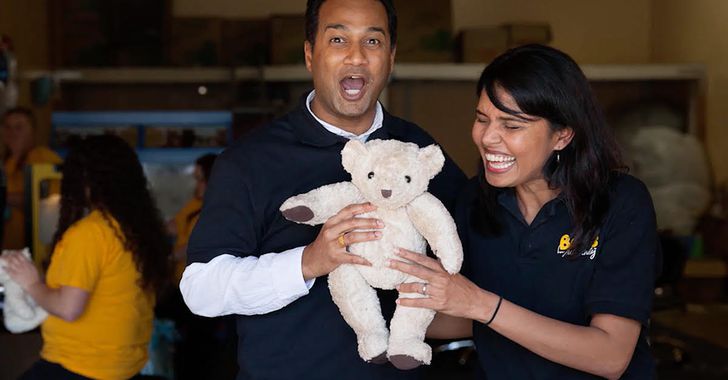 Many of us fantasize about breaking free from the daily grind and becoming an entrepreneur. Maybe, we tell ourselves, we could even build the next million- or billion-dollar venture.

Then, too often, real life comes crashing in. Where would we get startup funds? Are we really ready to quit our day jobs and risk it all? How to balance all of that with family responsibilities? And how are we supposed to juggle the hectic life of an entrepreneur with the demands of raising a family, without burning out?

We spoke to a husband-and-wife pair of social entrepreneurs who’re doing just that: working to build a multimillion-dollar company while raising 5-year-old twins.

We’re not saying that all entrepreneurs need to (or should!) follow in their footsteps, but if you’re wondering how to become an entrepreneur, one of the best ways to get your feet wet is to learn about other people’s stories.

Vijay and Renju Prathap started Bears for Humanity in 2013, when they were trying to have kids and couldn’t find certified-organic clothing, toys and gifts. “In today’s market, unfortunately, you’re buying products for your baby filled with flame retardants, items that are GMO, filled with chemicals and heavy metals,” says Vijay. “It’s the sad truth.”

They’ve recently expanded into other gift items like chocolates and plan to enter the kids’ clothing market soon.

Renju’s biggest goals are to provide non-toxic items for kids and “to create jobs for women and at-risk mothers and people from underserved communities,” she says.

How to become an entrepreneur: Their story

Vijay and Renju left their corporate jobs and tapped into all their financial reserves to start this social entrepreneurship venture.

“We hired two consulting companies to come up with a name for our company,” Renju says, “and in the end we stuck with Bears for Humanity–a name Vijay and I came up with in our garage.”

Bears for Humanity has created its own supply chain, starting with the farmers growing the cotton. “We enable the financing of 15,000 farmers in India to grow organic cotton, and we have our own vertically aligned, Fair Trade facility where we make the fabrics,” Vijay says. Each product is created, roughly, 60 percent in India and 40 percent in the U.S.

The company is working with CalWORKs, a California welfare program, to employ 25 people by 2019 at $15 per hour, to perform tasks like sewing, packaging and filling. According to Vijay, that includes 20 jobs for the deaf, as “there’s a 47-percent unemployment rate in that community.”

How to start a corporation: The business model

Currently, the company loses money on all sales because the costs of creating an organic stuffed animal are so high. They knowingly sell their products at a loss for three reasons:

That last bit is the most surprising thing.

Call it a Silicon Valley compulsion, but Bears for Humanity is self-styling as a data company, not a teddy bear company.

Bears for Humanity doesn’t take a cut and gives back a whopping 20 percent to charities, plus a 10 percent kickback to the fundraisers themselves. That means they’re giving away 30 percent of every purchase, on a product they already sell at a loss.

They want to attract enough customers and donors to sell user data back to the charities fundraising on their platform. “If I start a fundraiser on Facebook, the charity can’t see who donated to them,” Vijay says. “At GoFundMe or Indiegogo or elsewhere, they don’t share information with donors and cannot legally do that.”

“But,” he says, “our algorithm is collating information from people who are socially conscious and buying organic products . . . and sharing data with nonprofits. We’re truly becoming a data company in the back, with our own brand of products.”

Bears for Humanity has covered its legal bases through its terms and conditions, Vijay says, and customers who care enough are able to opt out. He thinks that people won’t mind that the real commodity is them. “You are giving permission because you’re buying products with a real impact,” he says. “You have a choice. Do you want to learn more about fundraising and how your charity benefits?”

How to run a business: Expected profits

Once the company starts selling enough products, Vijay expects the margins to improve. “Once we get economies of scale, we’ll start making some money on the product, as well. We can make 10 to 20 percent profit there, too, because we’re vertically integrated.”

Meanwhile, nonprofits would pay for the data on an ongoing basis, as a subscription. Vijay wouldn’t reveal how much he intends to charge, but he says, “Whether it’s $1, $5 or $10, you can extrapolate. Data is a goldmine. If oil is ‘black gold,’ data is ‘digital gold.’”

The ultimate goal is to make “double money”: earning income on both the data and the product itself. That means financial stability for their family. (Here’s what entrepreneurs should know about life insurance.)

‘Top entrepreneurs fund their own companies’

Bears for Humanity has received funding from about ten angel investors, says Vijay, and plans to raise series A funding, but he and his wife remain the largest investors: “You might have a great idea, but people won’t invest until you tell them, ‘I put in $2 million of my own money. I’m all in.’”

Of course, not everyone has $2 million ripe for the plucking.

Nonetheless, Vijay says, “I put away [money] with the hope that this day would come, when I could go all in.”

Angel investor Kurt Hulsebus invested close to $100,000 in Bears for Humanity. He’s known Vijay for years and was drawn to the investment because the entrepreneurs were “fully vested” and committed to the mission with their own funds.

When evaluating a company, Hulsebus says, “You have to look at where they’re going on a humanitarian level. Are they strictly profit motivated? Thinking about their employees? Society? The climate? You have to be a forward-thinking company, these days.”

Hulsebus doesn’t see a conflict between humanitarian company goals and the business model of selling user data. “That’s going on all the time with Google and everything, and I don’t think it’s harmful as long as it’s not misused.” For example, he says, data might be used by charities to solicit donations. “Nonprofits can continually let people know about services that are available (and that people might be interested in, anyway). It’s not intrusive.”

“My investors can pick up the phone and call me at 12 at night, 1 in the morning, 5 in the morning,” Vijay says. “There’s no work-life balance. To achieve great things, you have to sacrifice. It’s hell.”

He went “all in” at the age of 35 or 36 (today he’s 41) and sold everything to fund this startup. If you’re wondering how to become an entrepreneur, he says, “You have to be willing to take all the risks to achieve greatness.”

He regularly works 16- or 18-hour days, as does his wife-slash-business-partner. “If you don’t work seven days a week,” he says, “you’re living in a bubble. I don’t watch TV. I don’t go out. I work. I’ve got my India teams, I think about manufacturing. I yell, I scream, I throw tantrums at 1 a.m. I ask my India team, ‘What’s happening?!’ and then get on a plane and go out there.”

If you’re thinking about starting a company because you want to live a comfortable life, Vijay recommends you look elsewhere. “That’s the mistake people make. They go into business to buy a fancy car. I went from an Audi to a used Jeep with 120,000 miles. It’s a sacrifice.”

The sacrifices extend to his home life. Vijay has missed all of his twins’ first days of school and he and Renju never go out for a date night. “It’s simple. Someone has to pay, and that’s me. My wife is the same; she works 60 or 70 hours a week, like me. We have a nanny.”

It’s worth it, Vijay says, because his kids view him as a “powerful entrepreneur.” They visit his factory, run around the office and even occasionally crash business meetings. “I’m not looking to coddle my kids. I want them to be great. That starts with me setting an example for my kids and showing them that work comes first.” He demands perfection from his 5-year-olds, he says.

“I’m not building a company,” Vijay says, “I’m building a legacy for my kids. I told my wife, ‘You didn’t marry someone to sit on his ass . . . There’s no honor in that.”

Vijay has worked with multimillionaires and top entrepreneurs in the past, he says, and has noticed common traits: “They’re all workaholics. None drink. None smoke. They’re in their 60s but look like they’re in their 40s because they’ve dedicated themselves to success.”

He pauses. “Also, they all have multiple divorces. I’m just fortunate.”

This article originally appeared on MeetFabric.com and was syndicated by MediaFeed.org. 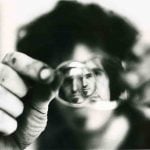 Previous Story:
Whatever happened to the Woodstock band you’ve never heard of? 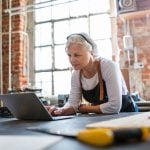 Next Story:
What is an income statement?

About the Author / Allison Kade