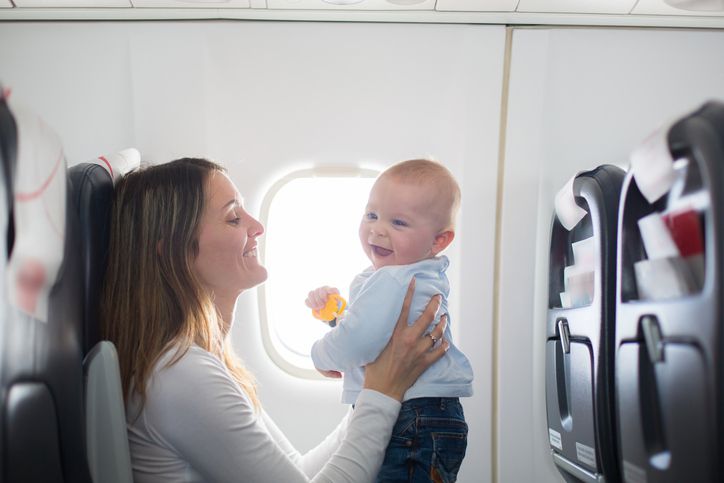 Planning travel is incredibly simple with platforms like Expedia, Kayak and Booking.com. But until recently, there were hardly any options for travelers who needed to sell plane tickets because their plans had changed. Two platforms, SpareFare and TransferTravel, fill that void, giving sellers a place to offload plane tickets, and buyers in search of last-minute flight deals the opportunity to get deeply discounted plane tickets.

How to sell airline tickets online with SpareFare or TransferTravel

Most people assume that if they have to cancel their flight or travel plans — and they’re not covered by a travel insurance policy — the only recourse is to request a refund from the hotel or airline. In some cases, you might get some of your money back or a voucher for another date. In other cases, the reservation might be nonrefundable, and you’ll lose the entire amount.

SpareFare, a London-based company dealing in the secondary marketplace for travel deals, launched in 2016 to help travelers stuck with reservations they can’t use.

“In Europe alone, there are 7 million flights every year that can be transferred but aren’t because people don’t know the option exists,” said Galena Stavreva, CEO of SpareFare. But it’s not just Europeans — or even people traveling to Europe — who can buy and sell their tickets, so the true number of missed opportunities is likely higher.

How does it work?

If you’ve booked a nonrefundable flight, hotel reservation or even an entire vacation package that you need to cancel, you can list all details of your trip online. Meanwhile, a buyer who’s eyeing a vacation and has flexible travel dates can buy that trip from you.

It’s a win-win for both parties: Sellers can usually get back 50% to 75% of their money, and buyers can get a discount they’d be hard-pressed to find anywhere else. For example, Stavreva told us she sees flights from London to New York City — the site’s most common trip — sell for as little as $200. Of course, the exact prices you’ll see will vary based on your travel dates and what’s available.

Packing up at a moment’s notice and waking up in a different country the next day may not be something all of us can pull off, but for those who can, the vacation deals may be too good to pass up.

“The majority of our buyers are flexible adventure travelers who just want to travel,” said Stavreva. “If they’re a student or a freelancer, or they just know that they want to travel in three months’ time but don’t care where — maybe they just want to go somewhere warm — that’s when people get the best deals.”

These tickets aren’t always for last-minute trips. Available travel dates range from as soon as two weeks to as far out as five months.

When it comes to the sellers, the main reason travelers offload their tickets may come as a surprise — or not. “Breakups are one of the biggest reasons people can’t travel,” said Stavreva. “If you’ve booked the holiday for you and your other half and you break up, you know you’re not going to go.”

But it’s not just the suddenly-single selling their tickets, she added: “We’ve had lots of women finding out they’re pregnant, so even if the holiday is five months down the line, they know they can’t travel.”

In the past, Craigslist and eBay served as the de facto marketplace for unused plane tickets, but these sites are ripe for scams. For example, sellers would collect money, then change the flight back into their own name to sell it again.

By acting as an intermediary, SpareFare and TransferTravel can hold the funds in escrow until a complete transfer of all tickets and reservations has been made, so both parties know they’ll get what they’re expecting.

Can you sell plane tickets for every airline?

To sell your plane tickets, your airline needs to allow complete name changes. Many airlines allow you to do this for a fee between $30 and $200 — which you can apply toward the cost when you sell your ticket — but not all airlines will. SpareFare provides a comprehensive list of these airlines and the fees they charge.

SpareFare vs. TransferTravel: Which is better?

Both SpareFare and TransferTravel offer similar services, but there are a few key differences worth calling out.

TransferTravel charges a commission of 15% for every sale, which comes out of the total sale price. This commission includes all fees imposed by their payment system, Stripe, so there are no additional costs to worry about.

For the time being, SpareFare is free. Sellers will only need to pay a 3% to 5% transaction fee levied by PayPal, SpareFare’s payment system, and this fee comes directly out of the payment price. SpareFare also offers a quick posting feature, where the site will upload and manage the posting on your behalf, but it’ll cost you a 10% commission on top of the PayPal fee.

Both SpareFare and TransferTravel allow you to sell airline tickets, hotel reservations and complete vacation packages (if you’ve booked both hotel and airline reservations through a travel agent). You can also sell travel vouchers, which are the credits issued by airlines if you’ve ever been bumped from a flight (even if the airline isn’t one that allows name changes on tickets).

In comparison, TransferTravel has additional options built into its site that SpareFare doesn’t currently offer such as railway tickets, festival tickets and cruise reservations. So if you need to cancel a cruise or a train ride, TransferTravel is your best bet.

Compared to SpareFare, TransferTravel gives travelers a better sampling of the deals available on its homepage. But if your goal is selling your unwanted plane tickets or getting them at a fraction of the cost, either is a viable option. 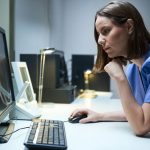 Next Story:
The complete guide to unemployment benefits in every state

About the Author / Daniel Caughill