Is the decline of U.S. manufacturing being overblown? 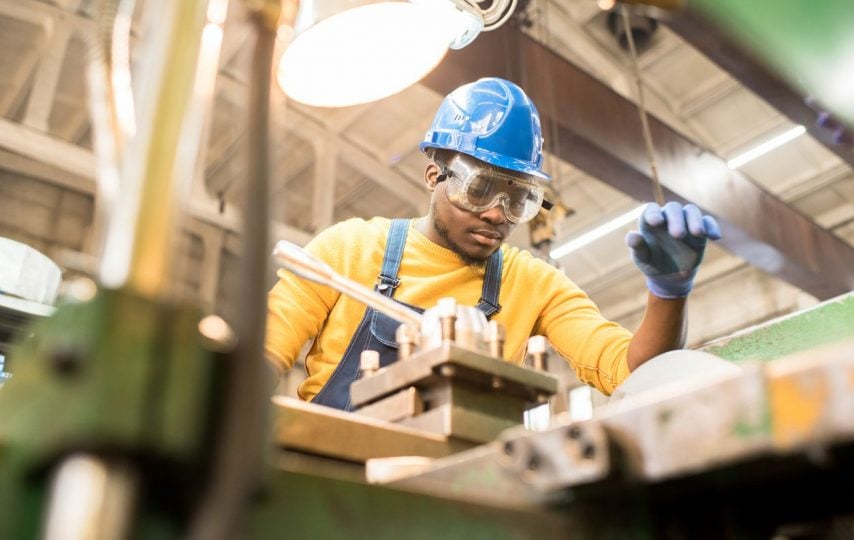 In September, the Institute for Supply Management (ISM) released its manufacturing index results of 300 manufacturers reporting a contraction of the U.S. manufacturing sector, bringing a 35-month expansion streak to an end. Chief economist at MUFG Union Bank, Chris Rupkey, noted ominously: “The manufacturing sector has broken and is now in a recession.”

But is the manufacturing decline being overstated? Here at QuickBooks, we conducted our own survey of over 1067 manufacturing executives and hiring managers. Our results suggest that reports of a manufacturing crisis may be premature.

Despite a slowdown, manufacturers still plan to hire additional skilled labor over the next 12 months 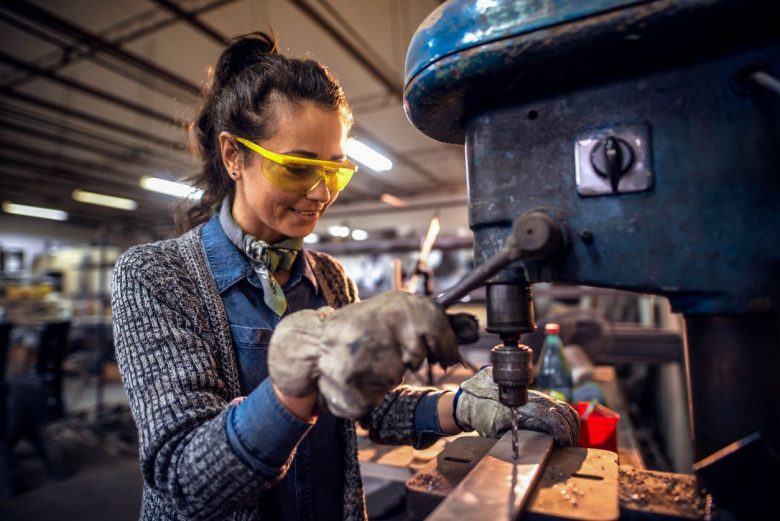 Seventy-eight percent of those surveyed still have plans to hire more skilled workers within the next year, with only 10% answering that they would not hire more skilled employees. This highlights the fact that it remains a candidate’s job market, and recruiters will be competing with each other for the best talent. The most in-demand job titles include: 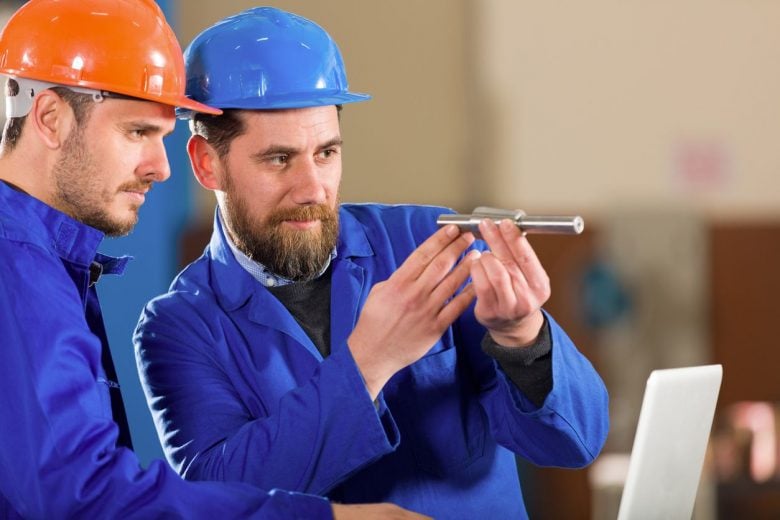 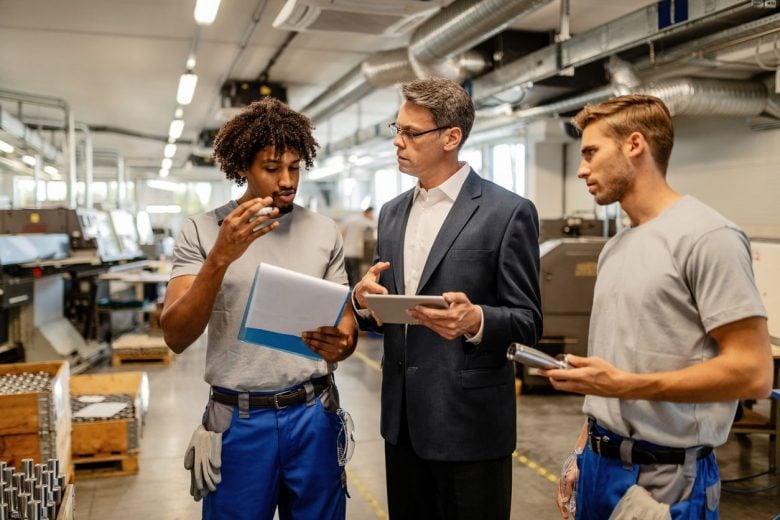 Nearly half (48%) of respondents say on average it takes 3-4 weeks to fill a skilled manufacturing position. 19% of respondents were able to fill vacancies within 1-2 weeks, while another 22% required 2-3 months to fill skilled positions.

How quickly employers are able to fill skilled vacancies is dependent on local economic conditions and the regional talent pool, but also the strength of their communication strategy, whether or not they have invested in developing a talent pipeline, and the appeal of their company culture and compensation package.

32% of manufacturers found that intermediate-level skill jobs were most difficult to fill. This is followed by managerial-level (27%) and executive-level (18%). Junior-level positions were perceived as slightly easier to fill, with only 14% of respondents reporting these roles as most difficult to fire for.

Although junior-level vacancies may not be a top concern at the moment, in the long run, manufacturers will depend on these employees most to grow and learn with the company. It is junior employees that will hopefully be trained to one day serve in those managerial and executive-level positions that are so hard to fill. With the right progression program in place, the best talent pipelines can be cultivated from within. 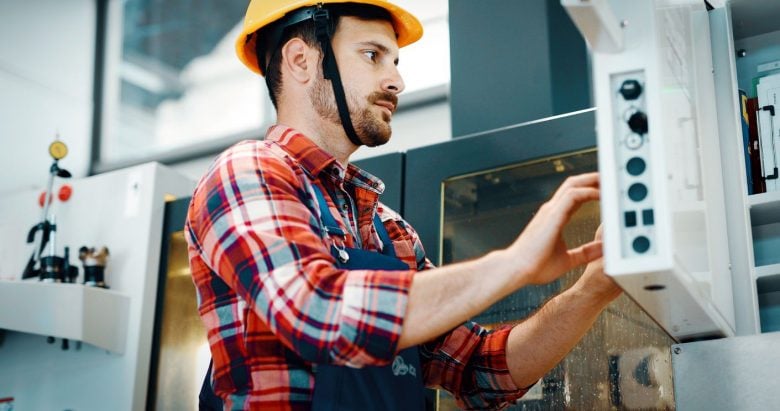 Nearly 44% of respondents reported that potential hires lacked problem-solving and critical thinking skills. This was followed by technical training (23%) and computer and technology skills (20%).

This skill deficiency is in part a symptom of poor STEM education achievement in the U.S., with only 21% of high school seniors attaining benchmark STEM levels. At the same time, manufacturers should not expect the education system to carry the full burden of readying their workforce. Much can be done to close this skill gap through public-private partnerships with local schools, apprenticeship programs, and on-the-job training. 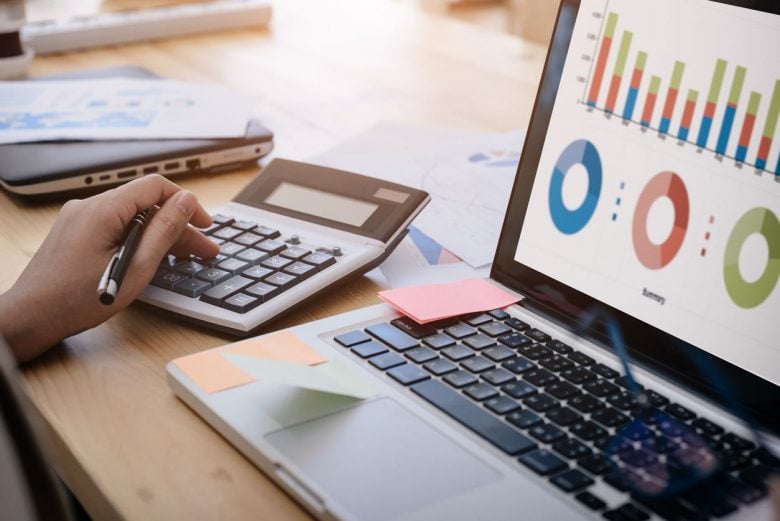 Of the survey respondents not planning to hire additional skilled workers over the next 12 months, 37% said they expected business to hold steady, with no growth and no decline. Twenty-five percent forecasted slower demand in the near-term, and another 25% listed hiring budget as a limiting factor. Thirteen percent of respondents cited recession fears as the primary reason for curtailing hiring. Similarly, 13% cited tariff concerns as the primary reason for not hiring additional skilled workers in the next 12 months. 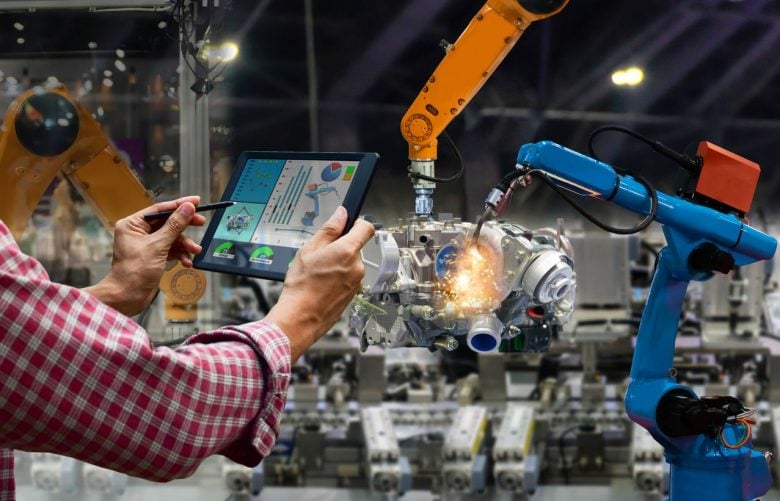 Most firms have made key technology investments over the past 12 months including:

In addition, 57% of respondents plan to make further investments in automation technology over the next 12 months.

How do manufacturers really feel about the decline? 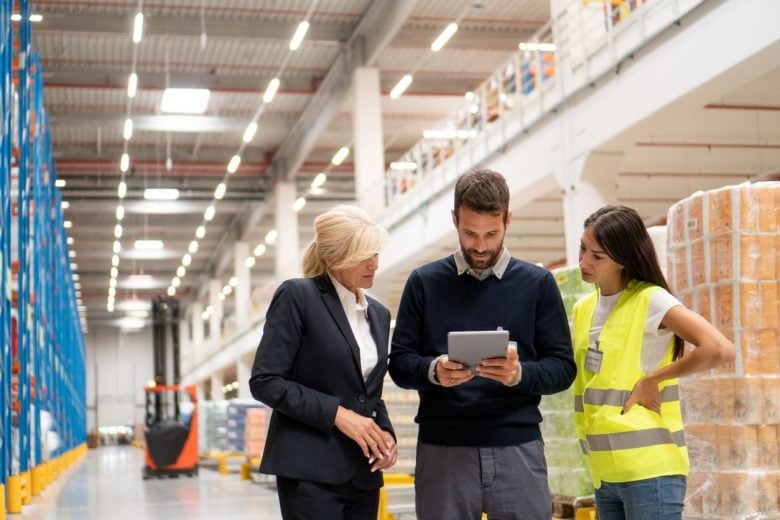 As reported in the ISM Report, contracting growth inputs in new orders, consumption, and deliveries does indeed indicate a slowdown — and decreased confidence due to trade and tariff concerns is real. However, two months of slower growth is far from a crisis. In their September report, ISM noted that supply chains were responding better than expected and manufacturers continued to closely match new orders and inventories, suggesting they are poised for future growth.

As opposed to indicating trouble, the QuickBooks Enterprise survey found a strong demand for skilled workers suggesting innovation and growth in the manufacturing industry. It’s too early to tell whether or not manufacturing will enter into a sustained decline, but it is clear that companies continue to need skilled workers to drive advances in productivity and efficiency.

Yet, a deficiency of STEM qualified candidates and a younger generation disinterested in manufacturing may continue to make hiring more difficult, even during a period of slower growth.

So, in addition to investing in automation and digital technologies, what else can manufacturers do to bridge the talent gap?

Recruiting the talent you need 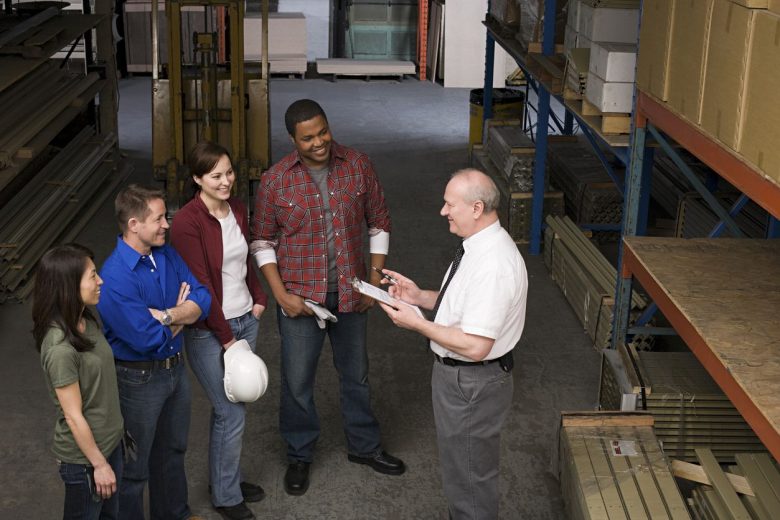 Bring a personal touch back to hiring

Technology is penetrating every aspect of business operations, including recruiting. Software solutions like applicant tracking systems and online personality tests should be used to supplement, not replace, the human side of recruiting. As software takes over time-intensive, mundane tasks like resume screening, HR personnel should have more time to reach out and build relationships with promising candidates.

Dispel misconceptions that manufacturing work is dirty and dangerous 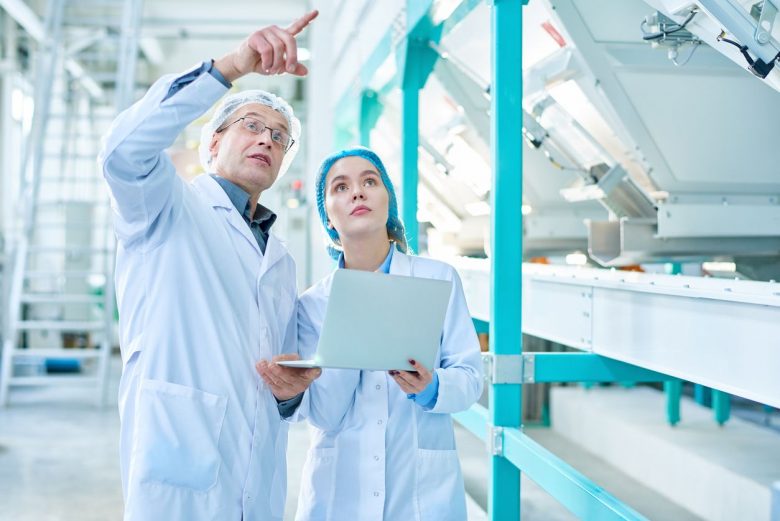 Unfortunately, there is a persistent perception that manufacturing jobs are dirty, dangerous, and low-skilled. Manufacturers need to inform the public that, in fact, manufacturing work can be well compensated, digital tools are commonplace, skills in emerging technologies are rewarded, and technology advancements mean manufacturing is safer than ever. Public relations campaigns, research grants, and partnerships with education institutes are the primary means of crafting a more accurate image for manufacturing.

Court a younger generation of workers 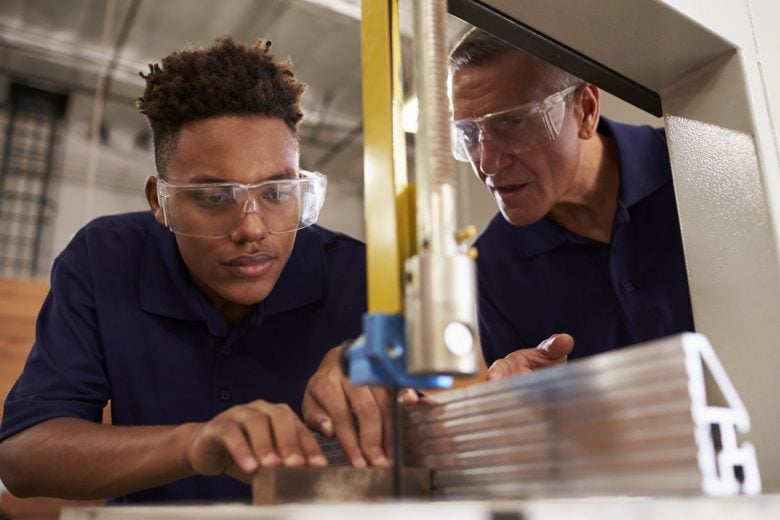 Millennials already make up the largest cohort of the U.S. workforce, and Generation Z is now entering the workforce. To recruit the next generation of workers, manufacturers need to create a company culture that resonates with these digital natives. Among other things, this includes: 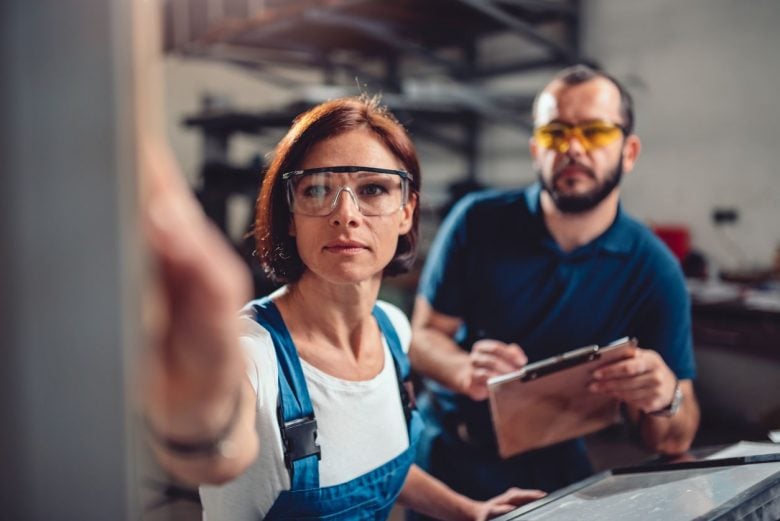 Replacing departing employees can be expensive. This is especially true for managers and tenured employees who take specialized skills and tribal knowledge with them when they go. Of course, salary and benefits packages that meet worker expectations are key to retaining staff. But manufacturers should also create employee-focused cultures by making performance appraisals a two-way street and including staff in decision-making processes wherever possible.

To capture the knowledge of retiring workers, invite senior staff to participate in new employee onboarding and create mentorship programs that pair new hires with seasoned workers. Searchable knowledge bases that store video tutorials and job notes are also a great way to pass on knowledge to the next generation of workers. Finally, many manufacturers are finding value in bringing back retired workers as consultants to help train younger workers and stem the talent shortage. 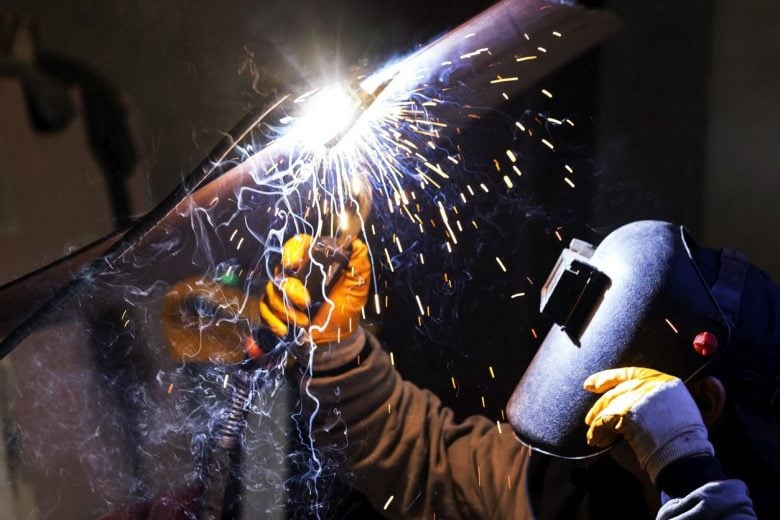 For the Manufacturing Skills Gap Index, QuickBooks Enterprise commissioned Pollfish to survey 1067 executives and hiring managers employed in the U.S. manufacturing industry (56% male, 44% female). The 12-question survey was conducted in September 2019. The sample has a confidence level of 95% with a margin of error of 4%. The margin of error is larger for subgroups.

This story was originally produced by the Quickbooks Resource Center and was syndicated by MediaFeed.org. 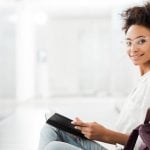 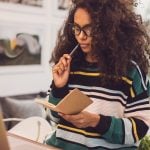 Next Story:
4 credit solutions you need to know about

About the Author / Ben Oliveri